Tom Cruise And Company Fly Into Danger Once Again 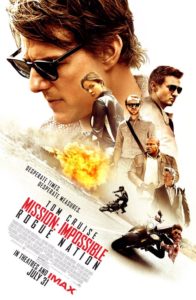 Once again, the fuse is lit and the familiar thumping theme music sounds for another impossible mission starring that handsome daredevil people love to hate, Tom Cruise. Things explode, death is defied, and pulses pound. But is Mission: Impossible – Rogue Nation a worthy entry in this unique, global espionage adventure series?

When it comes to making blockbuster action movies, Cruise’s attitude has always been to go big or go home. Nowhere has this been more apparent than his Mission: Impossible series. Twenty years ago, when multiplexes were downright lousy with film adaptations of vintage television series’, Cruise, with his production company, opted to try his own hand at it by re-imagining the classic weekly episonage program Mission: Impossible as a star vehicle for himself.

Mission accomplished, and then some. Quickly expanding into a mega-successful film franchise, the series immediately transcended the 1990s TV adaptation ghetto, emerging as uniquely both star driven and director-centric. From film to film, the action, the characters, and the Lalo Schifrin theme remain, but the aesthetic and tone don a new masks every time. This curious and precarious element is what sets the M:I series appart from the other 007 derivatives of the world (and the non-director centric 007 series itself), indeed marking it as one of the single most interesting of its type to date.

Yet, despite the series’ winning track record (even the oft-derided second entry, from Hong Kong action filmmaker John Woo, is not without charm), Mission: Impossible remains a franchise that needs to prove itself each time out. Whether faced with conventional sequel-skepticism or more specific off-screen odds (such as, say, the star jumping on Oprah’s couch in a fit of mad love), each outing has been a bit of a surprise success. Cruise, however, seems well aware of this, understanding that whatever else he does with his career, each M:I outing has to be good.

Which brings us to the fifth entry in the enduring Mission: Impossible franchise, Rogue Nation. Cruise again stars as master agent Ethan Hunt, and his team of ace covert operatives (including returning players Simon Pegg, Ving Rhames, and Jeremy Renner) must square off against an international malicious equivalent of their own defunct home organization, the IMF (Impossible Mission Force). But that’s hardly the biggest challenge surrounding the film.

Although the series has yet to truly disappoint, fans might be understandably underwhelmed at the notion of screenwriter-turned-director Christopher McQuarrie helming the latest part of this very director-defined series. With previous films directed by either proven A-listers or hot up-and-comers, McQuarrie is neither – his only such previous efforts are the late 90’s post-Tarantino also-ran The Way of the Gun and the tepid Cruise actioner Jack Reacher. 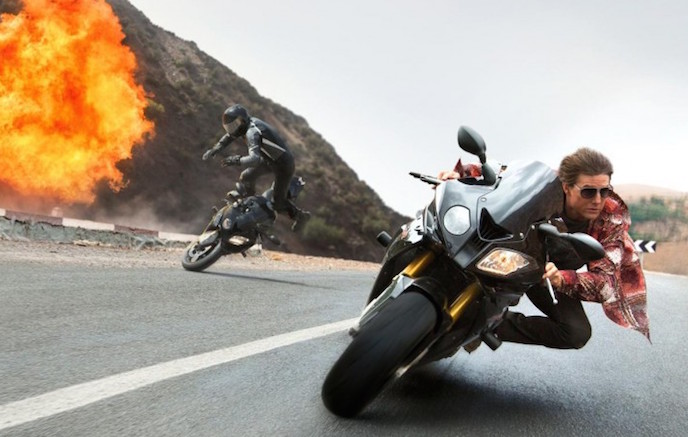 McQuarrie’s more proven strengths, however, lie in screenwriting. In 1995, the same year as the first M:I film, The Usual Suspects debuted. McQuarrie nabbed a well earned Academy Award for authoring that film’s screenplay. Fortunately, this is the McQuarrie at work on Rogue Nation. As not only director but also the writer of the film, he charges it with loads of appealing classic cinema evocations (Casablanca, The Third Man, The Manchurian Candidate) while also making good on the expected major action set-pieces which all M:I films are built around. Although McQuarrie is still finding his footing and voice as a director, he nonetheless demonstrates impressive chops throughout. Although Rogue Nation takes off with some minor turbulance (the smartly front-loaded ballyhooed hanging-from-a-plane stunt is breathtaking in the moment, but the lead-up is bumpy), by the one-third point (a stealthy, sexy opera house assassination attempt) it’s hitting its target.

The entire cast is well placed, and it’s nice to see the original Mission: Impossible team dynamic continuing to solidify on the big screen. What the film lacks in terms of character development of any type it makes up for in the areas of vitality and magnetism of all involved, as they work to gel as an effective spy unit. That said, it cannot be understated how vitally grand Tom Cruise, with his apparent fearlessness, grandstanding, and famous face, is to the procedings. At 53, Cruise is showing few signs of slowing down, even as his trademark looks are turning a refined corner. 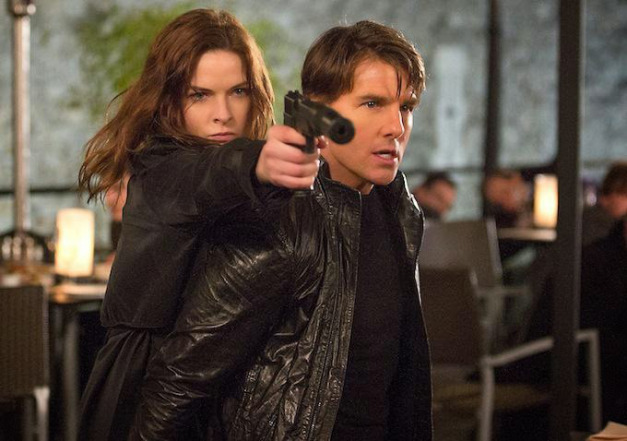 The show, however, is stolen again and again by the female lead, Rebecca Ferguson. Playing the gloriously named secret agent Ilsa Faust, it’s deliberately never clear where her loyalties and motives lie. Ferguson is asked to carry off an array of tricks, tasks, and vintage sex appeal that few, if any, other actresses today could manage. She manages all of it perfectly, and in the end, smuggles away what should be the launch of a brilliant career.

Mission: Impossible – Rogue Nation, like the IMF team in the situation depicted, starts out scrappy but sticks the landing as one of the summer’s most resonant entertainments.