Without further ado, then, the most terrifying, and certainly the spookiest, turn-of-the-year legend yet committed to film… 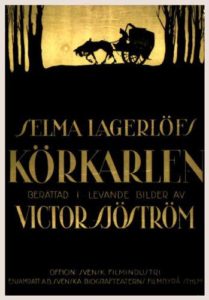 The last person to die on the last day of the year must spend the next 365 days riding Death’s phantom-drawn horse carriage, collecting the souls of everyone who dies during the New Year. Galloping on “the winds of the night” over land and sea, every day is like a thousand years as one is forced to witness a million times over the ignominious ends of the despairing and damned!

Ah, Swedish silent cinema! That cheery legend is related by one “David Holm” (played by director Sjöström) to a pair of drinking buddies whilst drunkenly wallowing in a church cemetery one New Year’s Eve. A fight breaks out over the last drop of brännvin, Holm’s head is split open on a cold slab, and GONG!… The stroke of midnight tolls for thee, David Holm! 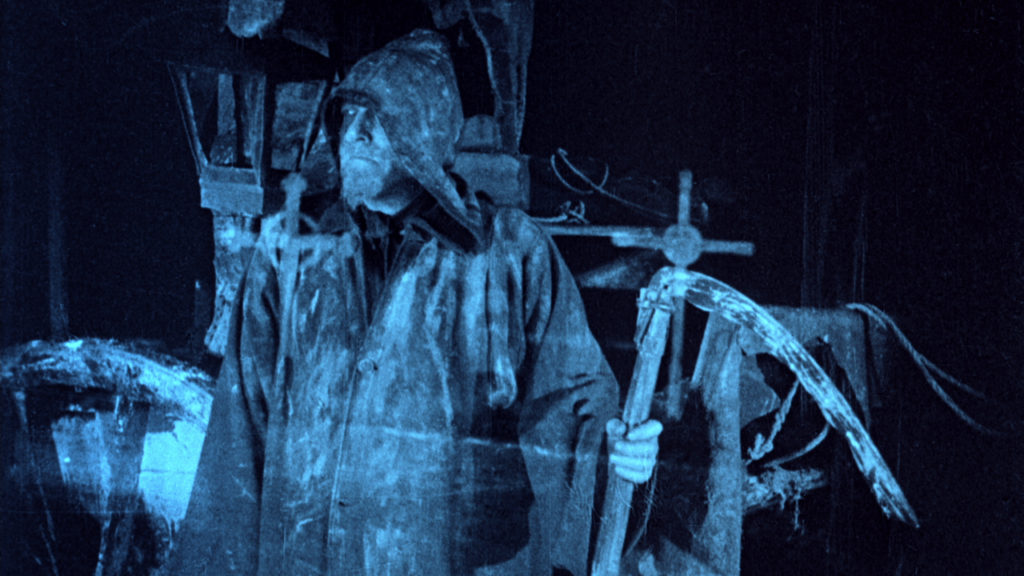 And lemme tell ya, folks, there is no better candidate for an endless year of Grim Reaper impersonation than our Herr Holm. A right stinker nearly from “Akte 1,” he falls into low company, leads his younger brother into life imprisonment, berates his wife and children, scoffs at goodness and godliness, and, worst of all, goes around trying to infect everyone with the tuberculosis(!) he’s contracted from a lifetime of dastardly drunken dissolution. 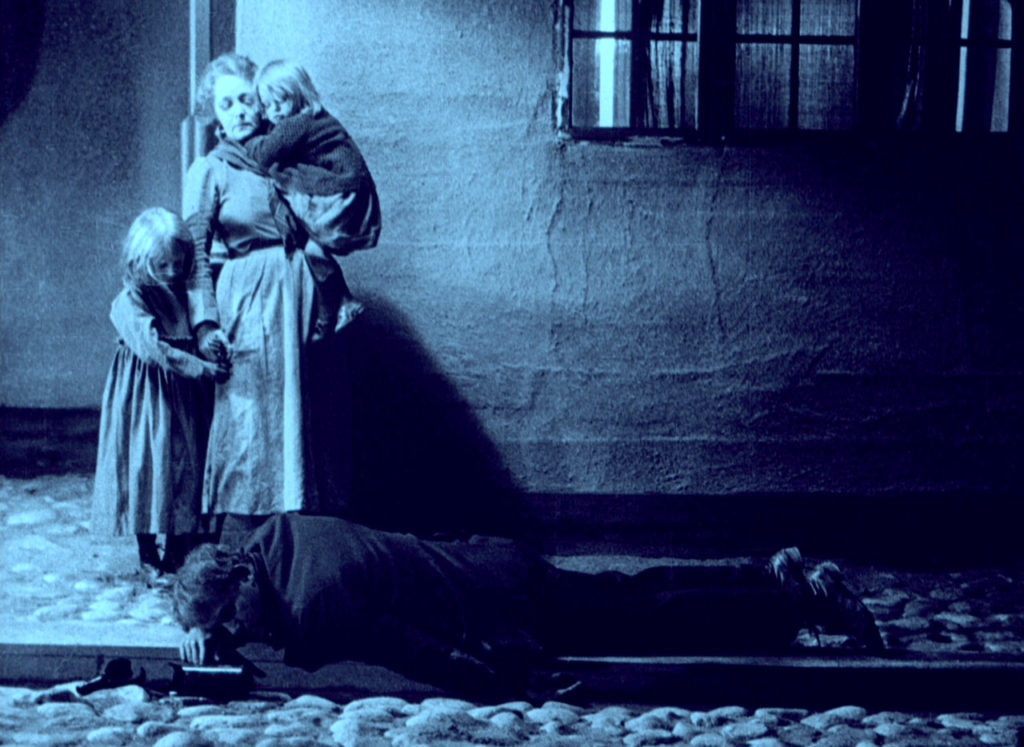 One of his victims is a pious Salvation Army worker (Astrid Holm) who, as the film opens, is dying of “galloping consumption” (like TB, apparently, only moreso), and whose last wish is to see the man who has probably killed her. On the previous New Year, she mended his disease-ridden coat—which he promptly tore to shreds in front of her and then spat on her feet. Oh, and did I mention that she’s in love with him as well? (Well, why shouldn’t she be.)

And then there’s Holm’s downtrodden wife (Anna Borgstrom), who flees from city to city trying to escape her husband’s foul clutches. ‘Cos it’s not exactly as if Holm ‘loves’ his family, but more that he takes a perverse pleasure in tormenting them. And that impulse comes to a shocking head in perhaps the most disturbing scene this cinephile has ever witnessed in which…*
(*Well, I won’t ruin it for you, but suffice it to say that Stanley Kubrick undoubtedly took extensive notes for a similar scene of “family terrorizing” in his 1980 film, The Shining.) 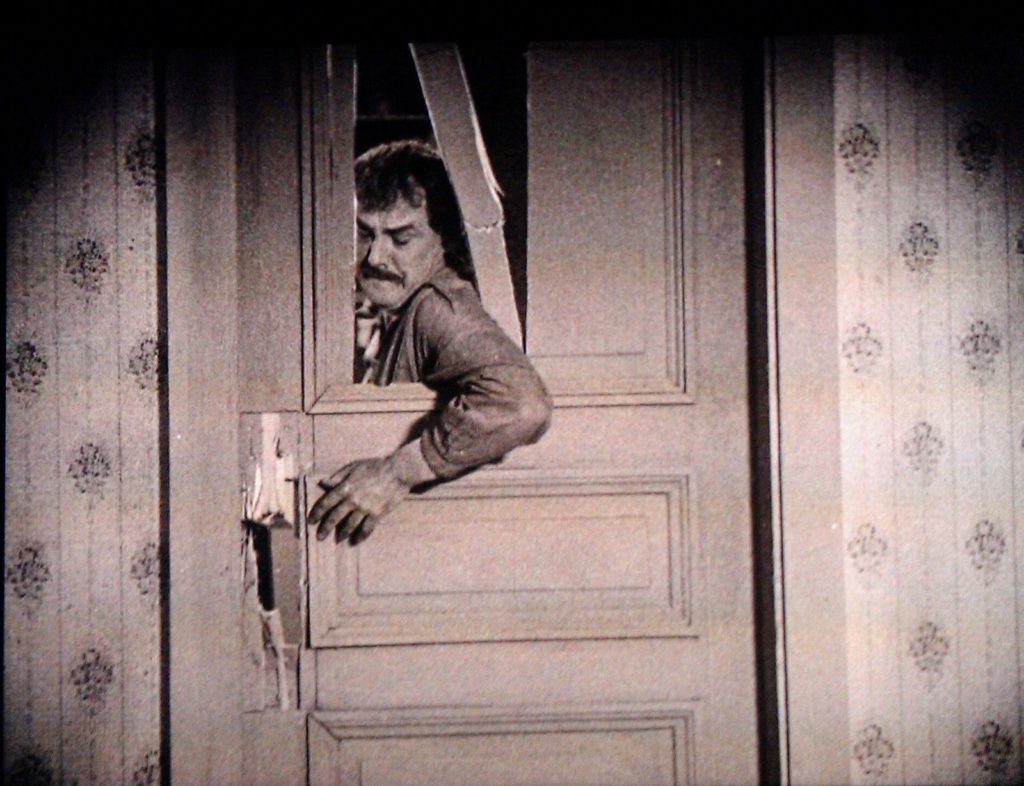 AND SO! All threads of this complicated backstory weave together on this haunted New Year’s 94 years ago, serving (inevitably) to reclaim the goodness still lurking (somewhere) in David Holm and to effect his (miraculous) salvation.

As a final observation, I find it kinda interesting that in these holiday ghost stories it takes an encounter with the freakin’ supernatural to bring about a change for the good. Don’t know what that might say about people in general, or human nature in particular, but The Phantom Carriage is undoubtedly the darkest and spookiest iteration of these themes. As a visual analogue, just check out those kerosene lamps blazing forth the scariest light you’ll ever see in each scene! 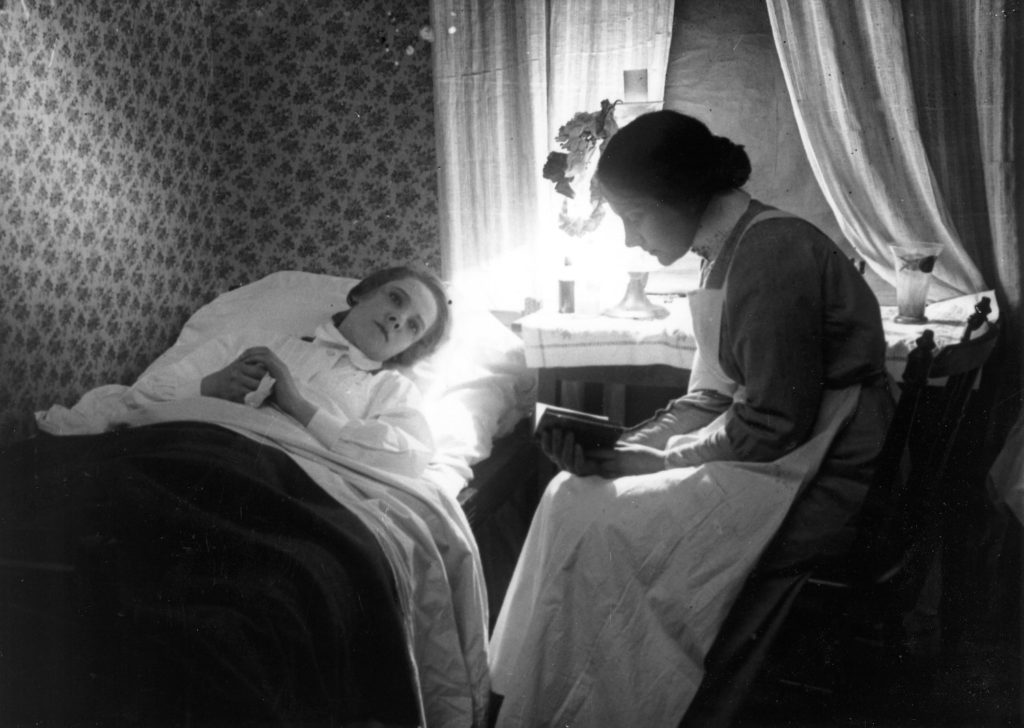