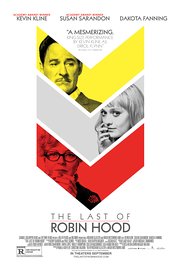 There aren’t enough Rs in “Errol Flynn” to convey just how R-rated (the American film rating for “restricted”) the actor’s life truly was. It’s said that Flynn, one of the most iconic Hollywood swashbucklers to ever live (his most famous work, 1938’s The Adventures of Robin Hood remains widely regarded as the best film version of that particular tale), knew few boundaries in his decadence and promiscuity. Naturally, it all caught up with him, taking its toll first on his gleaming career, then on his very life. But the years between the former consequences and the latter were greater than many may realize.

The Last of Robin Hood, void of any bite whatsoever, attempts to chronicle the final years of Errol Flynn (Kevin Kline, fully committed), from 1957 to 1959. By this point Flynn’s star had decidedly faded, even if his fabled charm and debonaire had not. Hence, his ability to not only win the affections, even after a VERY wrong start to their relationship, of then fifteen year old aspiring actress Beverly Aadland (Dakota Fanning, playing the part with a perpetual grey cloud over her head), but the unthinkable willingness of her mother (Susan Sarandon, excellent here) to go along with the sexual affair. Whereas he says “I took her for twenty”, she simply maintains the defense, “He’s Errol Flynn!”, as though that explains and excuses everything.

Yet the thing is, while The Last of Robin Hood (a clunky title for such a humble, small film) never condones the action of its characters, it does properly humanize the key players to the edge of understandable if not relate-able or certainly forgivable. The film owes nearly all of its success to Kevin Kline, who seems to relish the chance to be Errol Flynn as much as Flynn himself did. When he disappears out of the film with twenty minutes of running time remaining, there’s a distinct feeling that the last of The Last of Robin Hood has passed us by. 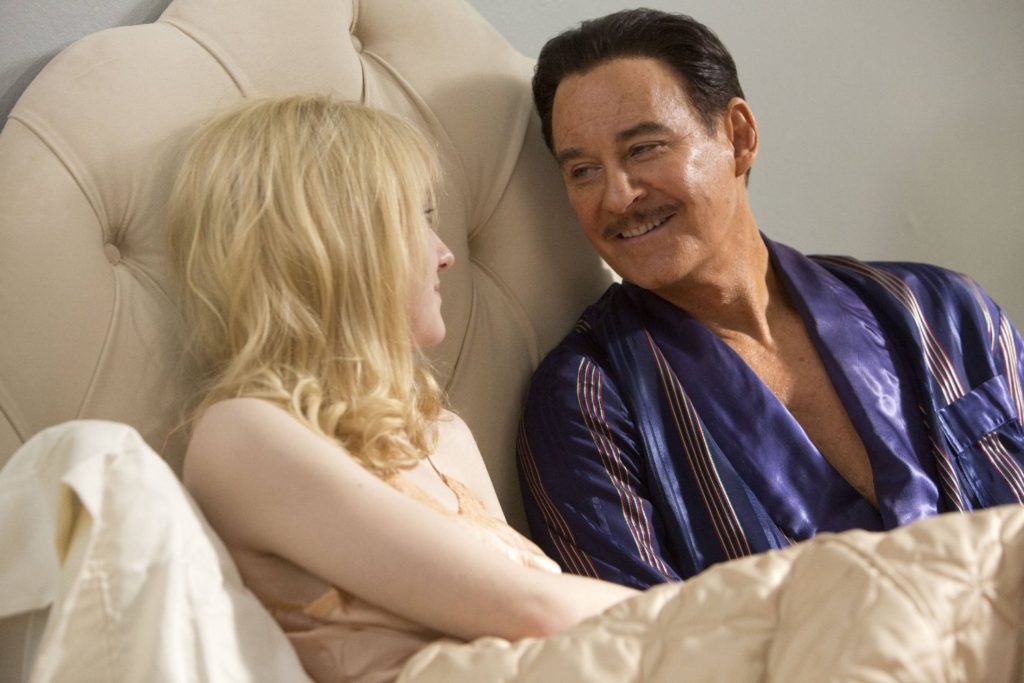 Dakota Fanning and Kevin Kline in the true life scandal film, THE LAST OF ROBIN HOOD.

Although The Last of Robin Hood has all the flawed markings of a low budget made for television effort, Kline’s presence and performance absorbs all else, deflecting with his ceaseless charisma justifiable criticism for other aspects of the production. In a film that timidly opts to depict the scandalous affair of its central topic with a couple of post-coital sheet-covered moments, Kline at one point playfully cavorts in the nude with a rose in his teeth, covered only with a hat. Not that the film needs such a moment, but if that’s not going above and beyond for a film that in very few other ways tries to, I don’t know what is. 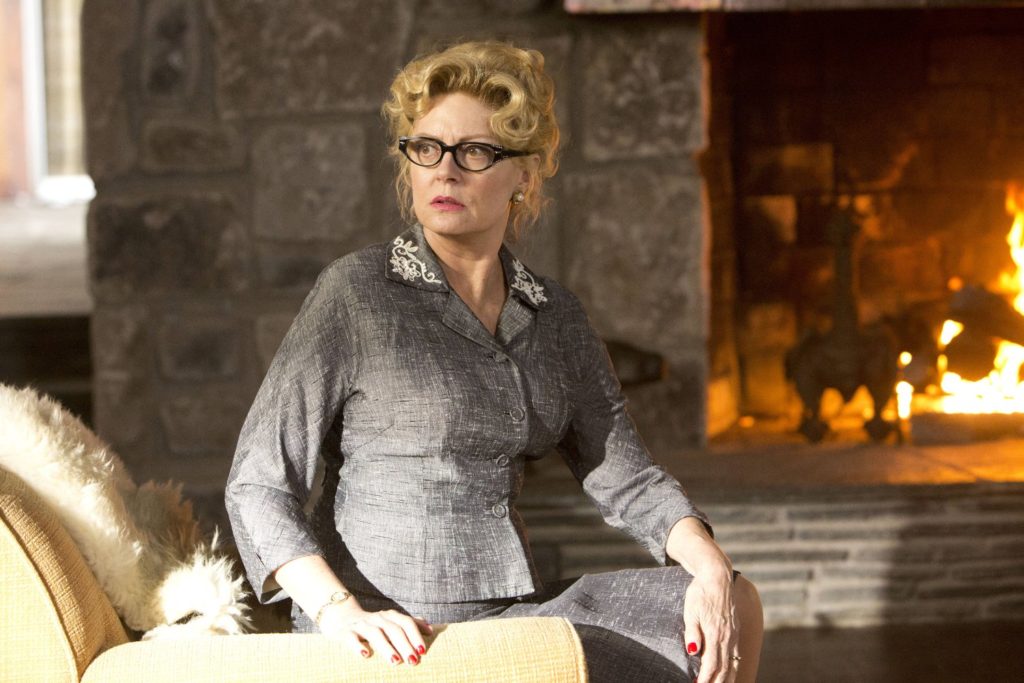 The film’s other standout, Susan Sarandon as scandalized mother Florence Aadland (dubbed “Worst Mother Alive”, among other things by the raging tabloid press) transcends much of the ham-fisted purely expositional scenes she’s saddled with. (Her marriage breaks apart early in a tidy, tossed-off ninety second scene that the filmmakers are clearly not interested in.) Even if the reveal of her amputee status falls dramatically flat at the storytelling level, Sarandon, with just a looks or gesture, ignites the frame in ways that Fanning, the supposedly sexy one in this movie, does not. It helps that she’s given plenty of screen time, reflecting one major strength of writer-director pair Richard Glatzer and Wash Westmoreland, a deep investment in core character motivation – even when the characters are making wrongful choices that defy common sense.

Glatzer and Westmoreland’s TV and indie film resumes become glaringly clear, however, in other avenues of the storytelling, namely the dialogue and the visual aesthetic. While the period production design is all aces, it is undermined by over-lit cinematography and sharp HD video crispness. If anything, The Last of Robin Hood is one film that is screaming to not just resemble its era, but to feel like it, as well. Instead, it feels like a made for basic cable biopic that was shot in 24 days for under five million dollars. When the chance for theatrical release happened, they seem to have simply added a few choice verbal vulgarities and a moment of hard drug use to earn that oh-so-mature R rating – the rating that most any other contemporary depiction of the salacious life of Errol Flynn would earn in other ways.