A fascinating documentary about a musical group that marches to the beat of their own drums. 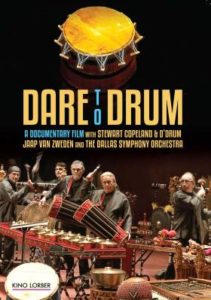 As a composer, first time writer/director John Bryant delivers a wonderfully engaging documentary film about a subject that is near and dear to his heart: world percussion music.  Dare to Drum is a fascinating story of how a Dallas-based world percussion group called D’Drum sought to utilize their world travels and create a wholly original piece of music that they would record and perform.  This led to them partnering with composer, and renowned drummer of the world-famous rock band The Police, Stewart Copeland, and the Dallas Symphony Orchestra led by Maestro Jaap van Zweden.

Dare to Drum is a fun and fascinating documentary for even the casual music lover.

D’Drum had traveled extensively around the world soaking up the many different percussion sounds on several continents.  One of the most influential would be their travels to Bali.  They decided to start a project that would communicate their love of world music, featuring many of the unique instrumentation they discovered in their travels, by commissioning a composer to write an orchestral score to accompany their performance of an original work featuring these unique Bali-created instruments.

As they combed through the listings of active composers searching for the right individual who could bring this project to life, they were intrigued by the name Stewart Copeland.  Not only was Copeland a composer, an obvious requirement for this project, but he was also a drummer.  As Dare to Drum demonstrates, drummers have their own unique language that they use to communicate.  This is a language that is wholly different than the universal notes, time signatures, and keys that all musicians read in any given piece of music.  Having a drummer like Copeland, one who could speak to them in their language, as well compose the music they were wanting for an orchestra, seemed like the perfect ideal opportunity to see their vision realized. 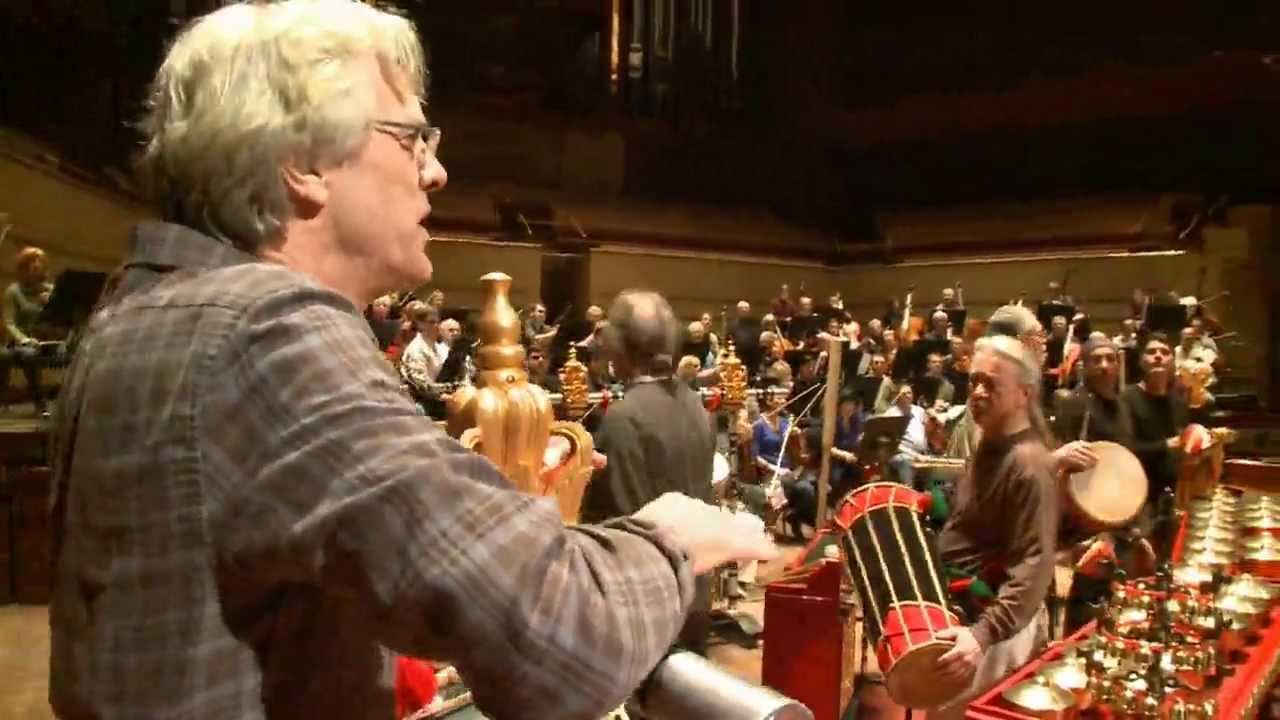 Stewart Copeland, at the time, was just finishing his successful reunion tour with The Police when he produced this musical score, after letting the idea of the piece gestate for a couple of years.  As Copeland flies to Dallas to work with the members of D’Drum, we get a chance to see the unique collaboration that exists between them all, as well as an oft-neglected musical side to rockstar Copeland, that perhaps the average Police fan and general public has rarely ever seen.  The Police, of course, were famous for utilizing world music, such as Reggae, and adapting it to a genre like rock and roll.  This made Copeland even more uniquely gifted to accomplish D’Drum’s vision of bringing their love of timeless Bali-inspired music into a modern context.

Dare to Drum is a fun and fascinating documentary for even the casual music lover. One will get a comprehensive look at the various intricacies, and the various sounds, of the different instrumentation featured in the musical compisition.  Viewers will also experience the difficult, yet rewarding, collaborative process of creating a work of art in a group of different individuals.  You also see how rare it is to find an orchestra that can play a style such as the Bali-inspired piece Copeland wrote, but also a conductor with the classical reputation and skills that Jaap van Zweden has who is willing to work as hard as he did to realize someone else’s vision in a supporting role. 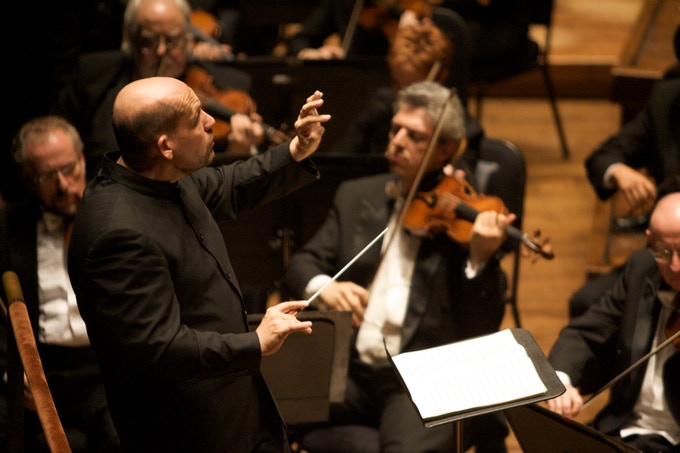 The film’s climax is a real one, though not the one the members of D’Drum or Copeland would have wanted or envisioned when they began this several year long process.  In 2011, just before their performance debut of Copeland’s “Gamelan D’Drum, Concerto for World Percussion and Orchestra“, a rare ice-storm hits the Dallas area, threatening not only Dallas’ ability to host their first Super Bowl in the neighboring suburb of Arlington, Texas, but also D’Drum’s possible only opportunity to perform this piece of music ever. 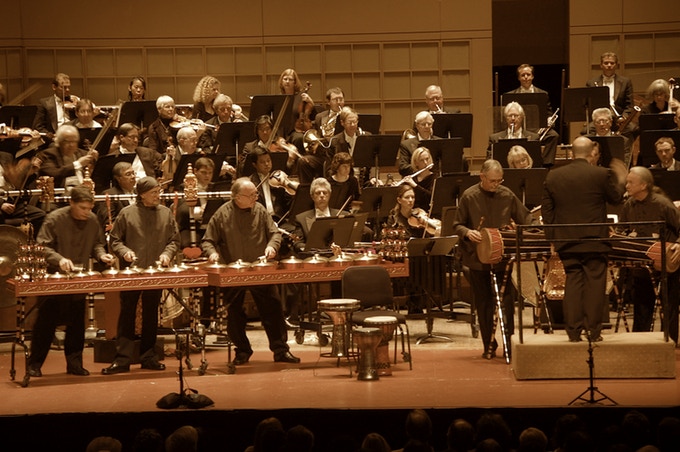 The DVD from Kino Lorber is a wonderful by-product of John Bryant raising funds from a Kickstarter Campaign that brought in $95,142 dollars for a $95,000 goal of producing the final product that is this documentary.  As an added bonus, the DVD features the full performance of the D’Drum, and the Dallas Symphony Orchestra led by Jaap van Zweden, performance of Copeland’s composed work.  The film features 2.o stereo and 5.1 surround sound options, and is presented in English in 1.78:1, 16×9 ratios, with a running time of 85 minutes.