This piece was written in 2014; a shorter version was published as part of a Bergman group piece at ScreenAnarchy.com.   I now, for the first time, present my full length version of this write-up on Through a Glass Darkly.  I share this in observation of Ingmar Bergman’s centennial in the current month of July 2018. 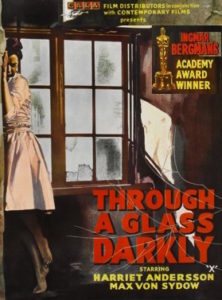 The adage “show, don’t tell” gets kicked around an awful lot when it comes to movies. The conceit is that a visual detailing of something that’s happened is optimal compared to scenes of characters saying what’s happened. And yet, a good director and/or a good actor, when dealing with choice material, can break this rule, and come out ahead. Ang Lee famously did it to great contrast to the vibrant rest of his Life of Pi. Tarantino locks his camera on actors monologuing in every one of his movies. But before all them, writer-director Ingmar Bergman routinely made “tell, don’t show” work as cinematic high art.

Take his stark 1961 “chamber drama”, Through a Glass Darkly. It is the first of what’s often referred to as his “Silence of God” trilogy (along with 1962’s Winter Light and 1963’s The Silence), in which Bergman opted to tell emotionally raw tales of troubled people in internal spiritual crisis. Here, he’s got four – and only four – actors; all absolutely choice, and some of which the filmmaker understandably clings to as part of his reoccurring “stock company” (to borrow a John Ford term, whom Bergman admired). And he proceeds to cloister them in close quarters on some desolate Scandinavian island, hands them a screenplay, and manages to procure some of the most soul-searing exchanges and moments. 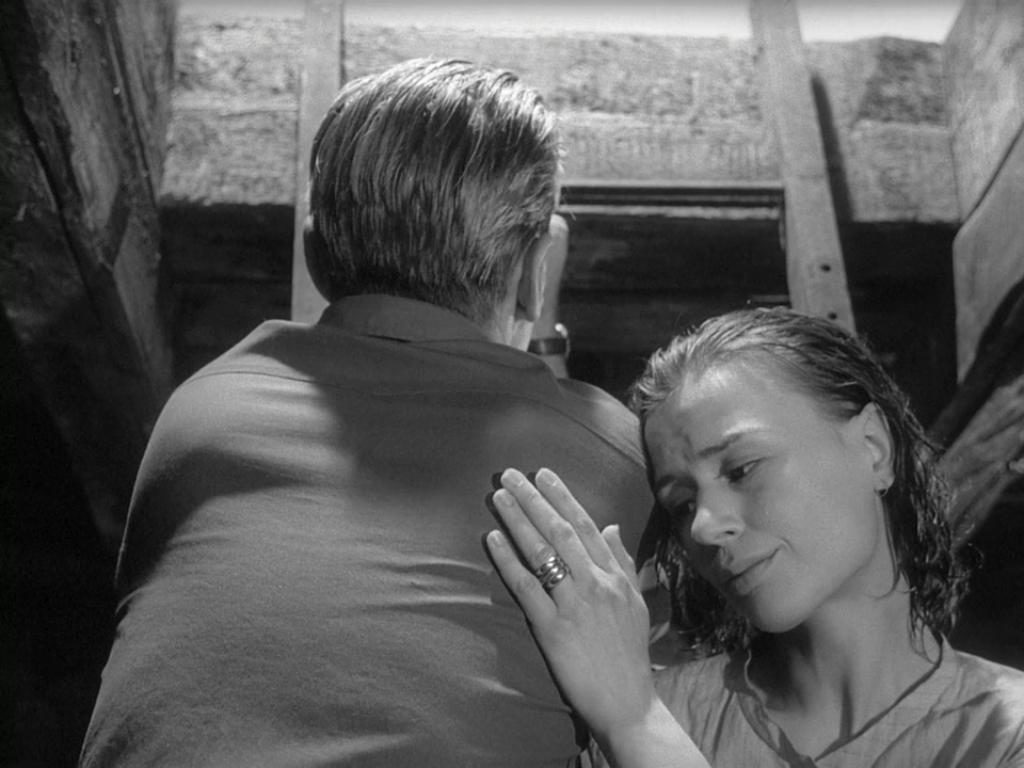 Harriet Andersson is Karin, who’s been diagnosed with a form of degenerative schizophrenia. Her father (Gunnar Björnstrand), a famous writer, admits shame in his urge to mine her terrible circumstance for story material. Her lover (Max von Sydow) doesn’t take well to that at all. Meanwhile, her teenaged brother (Lars Passgård) must look on as his own muddled sexual urges churn. She claims to be awaiting God’s imminent return, which, when she goes upstairs and peers into the wallpaper, is met in her head by a group of shiny happy people promising glory by and by. All of this is hashed out in long takes, the camera unaffraid to linger, to dwell, on the studied face of whomever is speaking. They tell of troubling tales of the past, of visions of the future, of torrid inner longing, and knife-twisting confessions. Bergman opts to actualize any of it. That would be a lesser use of the medium.

Darkly won the 1962 Academy Award for Best Foreign Language Film, meaning that it’s one now-lofty piece of world cinema that actually played in the U.S. in a respectable timeframe of it’s own domestic release – something that is still so often not the case. But this was the apex of the era – a time when film culture was developing, challenging, and enamoring the globe. The great cinematographer Sven Nykvist, still new to the director he would come to be most closely associated with, realizes the visual tone and mood of what Bergman’s up to with admirable intensity. And yet the light – that light! – is so soft, so radiant… So Godly… 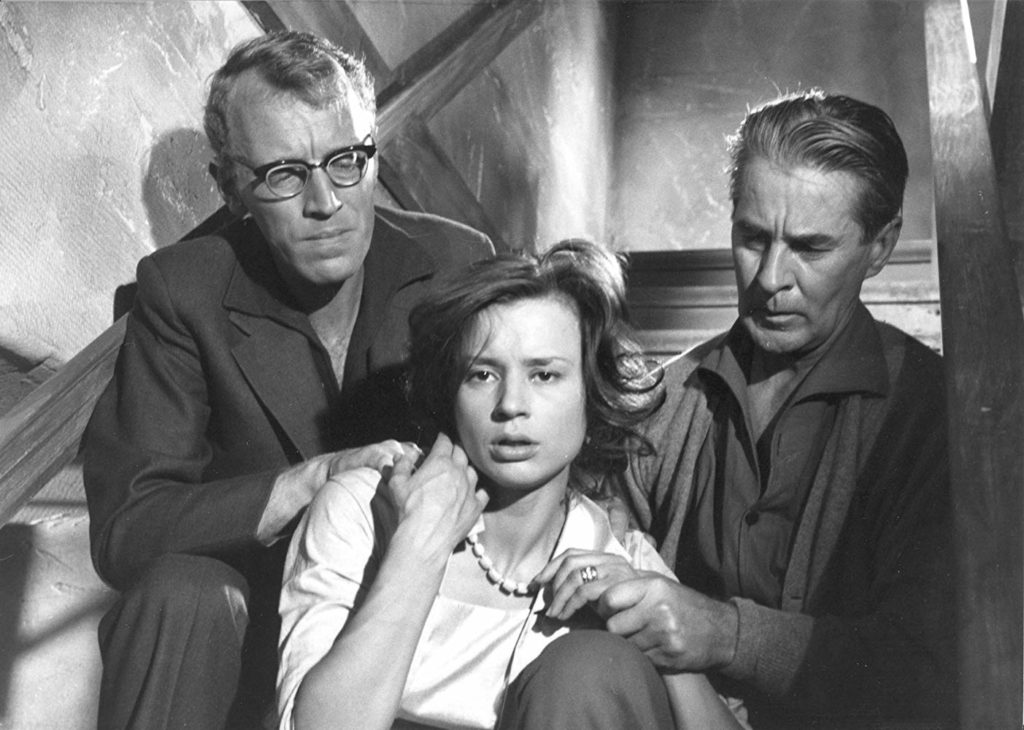 Which brings us to the denouement: Through a Glass Darkly, while immaculate and never boring, remains non-essential Bergman.  Despite Andersson’s unforgettable and convincing every-which-way performance, I remain skeptical that mental illness is the ideal springboard for talking about God in narrative fiction. It is, however, perfectly logical that Karin’s fervor, whether delusional or not, would force the issue in the minds of the other characters. And that it most certainly does, leading to a much darker but similar landing place as Woody Allen’s Magic in the Moonlight.

Even as Bergman ventures through this glass darkly into his trilogy about God’s silence, he’s still keen on telling all about life’s overwhelming cracks – and the magic light that shines in through them.