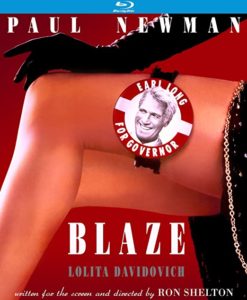 A feel-good would-be awards contender in the final month of 1989, Blaze is a true life (if not exactly true to life) tale of an illicit relationship between a politician and a stripper.

This was, of course, no ordinary politician, nor an ordinary stripper.  The politician, played with wild-eyed flair by a fully silver Paul Newman, is no less than Louisiana Governor Earl K. Long.  The erratic Long was a progressive lawmaker and colorful character- both qualities seized upon by Newman.  Newman puts on a striking grey suit, rants in the third person about “Ol’ Earl”, and barks his way through the film.  Long’s relationship (an adulterous one in real life) with burlesque sensation Blaze Starr did little to sway him from public favor.

Blaze is a slippery film that continues to get by on its charm, vigor and beauty.

Shelton’s take on the material is an antebellum tinged N’Orlins rustle, shot through with a sometimes confounding bit of traditional values and sentiment on behalf of our pastie-adorned protagonist.  This merrily conflicted world is photographed by the late altruistic legend Haskell Wexler, a talent the film is lucky to have.  Based on Blaze Starr’s autobiographical book, this is pretty clearly the version of the story that she wanted told.  Her character is the virtuous one, lecturing horny Ol’ Earl about sex being intimacy in its purest form, “true nakedness”, etc.  Then-newcomer Lolita Davidovich, as Blaze, carries the movie with an abundance of both sweetness and sauciness. 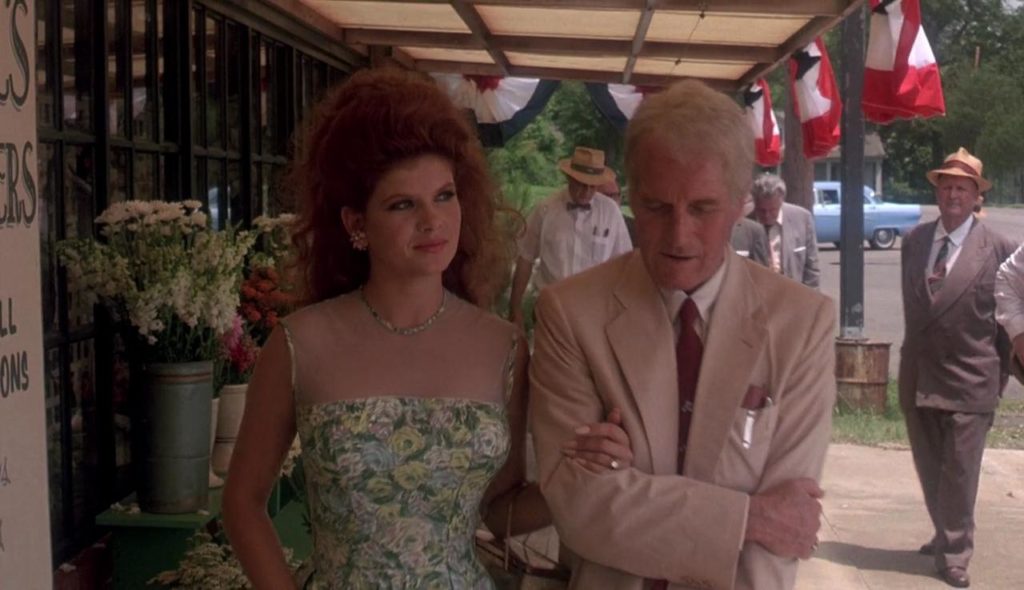 Davidovich and Newman in BLAZE.

Later, when she returns to her childhood home in the Appalachian Holler (apparently just up the road a piece from Loretta Lynn’s old place), her sweet and supportive mother tells her that although she’d have preferred “a different line of work”, if stripping is where her God-given talents lie, it would be un-Christian to refuse that calling.  If nothing else, that’s a perspective that simplifies an awful lot of things in the world.  With zero hypocrisy and an earnest fairy tale spin on sex work that surpasses that of Bettie Page (this was just before the phenomenon that was Pretty Woman), Blaze is shown to be the backbone, the inspiration, and the heart of gold behind the eventual political comeback of Earl K. Long in the Great State of Louisiana.

Director Ron Shelton (best known for Bull Durham– a film coming soon to the Criterion Collection) recorded a new optional commentary track for this release, so recent as to include a Stormy Daniels/political reference.  Admittedly, Blaze’s to-each-their-own approach to the governor’s illicit shenanigans rings a bit foul in today’s climate and news cycle, however enjoyable the full package is.  (And yes, it is an enjoyable movie).

Shelton, on his commentary, expresses a fondness for the gone days of smoky back room deals and accepted cronyism that Blaze portrays.  To that, one could respond, “It’s come to this”.  Although not the tightest of such commentary tracks, and sometimes falling into narration mode, the personable Shelton nonetheless serves up enough vivid recollections and insights about the real figures, not to mention a few light opinions. 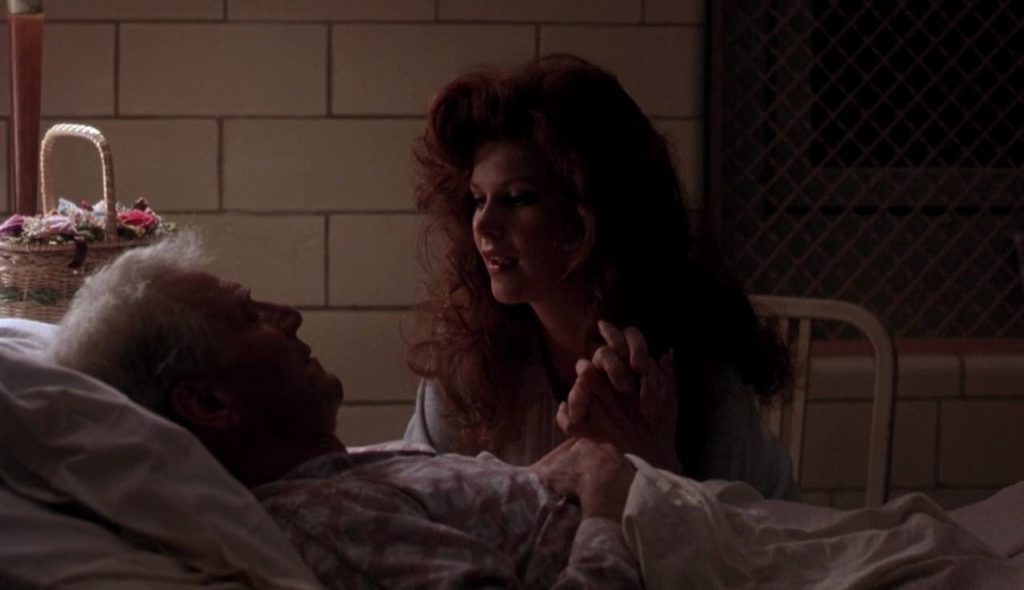 This isn’t Blaze’s first dance on Blu-ray, although this release doesn’t exactly reflect a level of visual transfer worthy of Wexler’s rich cinematography.  True to most if not all of Shelton’s protagonists, Blaze proved to be an also-ran both culturally and at the box office.  Davidovich nevertheless came away with not only a career, but, several years later, a husband in director Shelton.

For Newman, Blaze is a satisfying late-career opportunity for him to chew some scenery and growl about in the Big Easy.  The moral tone of the whole thing, however, is not so easy.  Racially progressive (as was the real Governor Earl) yet lopsided in terms of female representation (even in 1989), Blaze is itself a slippery film that continues to get by on its charm, vigor and beauty.