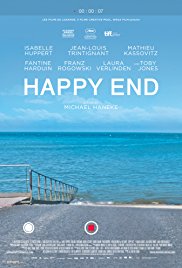 Michael Haneke is known for his realistic portrayal of life, and his controversial subjects that keep viewers guessing and, more importantly, keep them talking, long after the film is over.  His previous directorial work was 2012’s Amour, which won an Academy Award for Best Foreign Language Film, as well as several Cesar Awards.  That film dealt with the controversial subject of euthanasia, as an elderly couple, deeply in love, face tragedy as the wife comes down with a form of dementia.  After watching his wife slowly fade away, the poor man takes the action of smothering her with a pillow as he compassionately ends the suffering of the one he loves more than anything else.

His latest film, Happy End, looks at a number of current issues as well, all through the experiences of a single, multi-generational family in France.  Happy End is not as smooth of an entry point into Haneke’s work, or story telling as Amour, with the opening scenes taking place on a mobile phone screen with text popping up on screen as commentary to what both the filmer and the viewer on the phones are collectively watching one of them film.  There is also a disturbing phone-based video of a young girl named Eve Laurent (Fantine Harduin), a nearly 13-year old girl, who has just put some of her mom’s sleeping pills into her hamster’s food dish.  As she films, the hamster dies.  These are provided with no true introductions to the characters, and as the story unfolds, we see that these images, as well as one of a collapse of an area down into a work site that hospitalizes one worker, all entangle the members of the Laurent family. 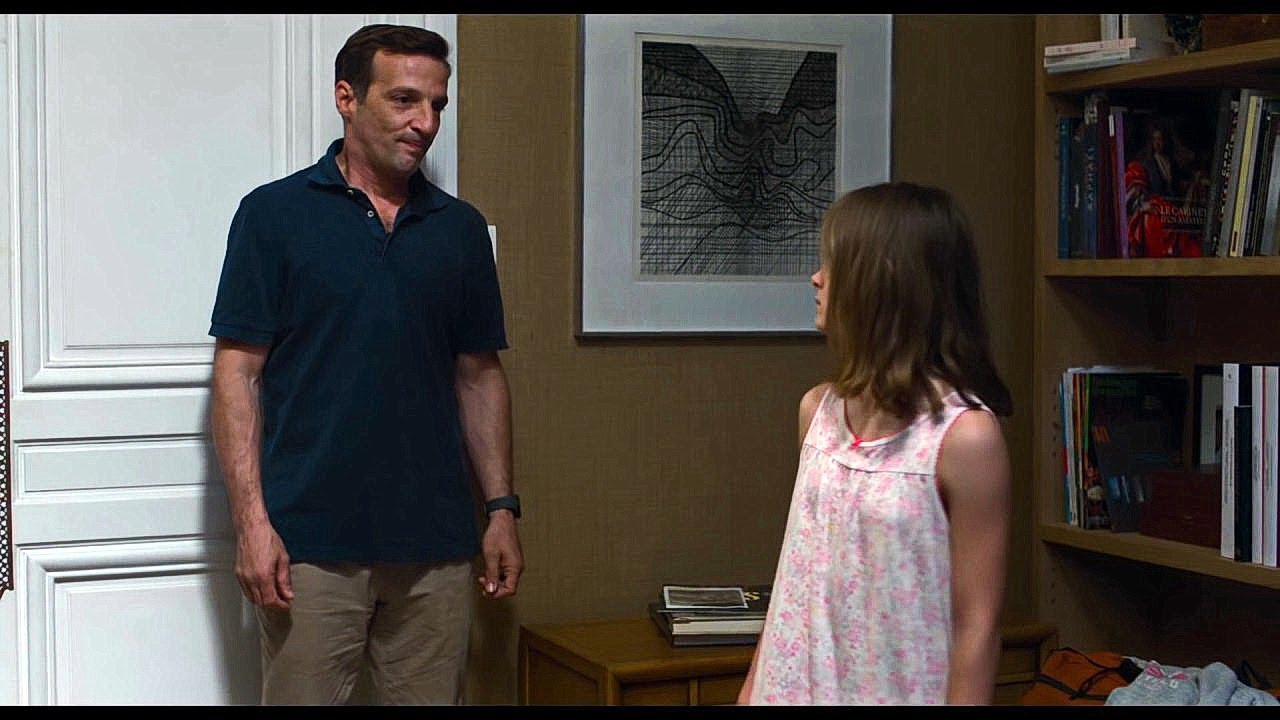 Both the youngest and oldest members of the Laurent family have the biggest character arcs of the film and are the most interesting to watch.  They are also the most disturbing.  Eve, whose mother tragically is in a coma in the hospital having overdosed on the same sleeping pills that were placed in the hamster dish, is now going to live with her father, Dr. Thomas Laurent (Matthieu Kassovitz), whose current wife Anais (Laura Verlinden) has given birth to a little boy, Eve’s half-brother.  Things are made even more awkward for Eve as she goes to dinner at her father’s father’s house, Georges Laurant (Jean-Louis Trintignant), who doesn’t know Eve at times, but other times remembers when she last had been at the house when she was just 3-years old.  Georges is bored at life and desperately wants an escape, engaging in increasingly self-destructive behavior, or at the least, asking for others to assist him in taking his own life.

At the house is also Thomas’ sister Anne Laurent (Isabelle Huppert), and her son Pierre (Franz Rogowski).  Both Anne and Pierre are trying to run Georges’ former business.  It is that business that suffered the devastating collapse, and they are desperately trying to deal with the legal and financial fallout an accident like this is going to have. 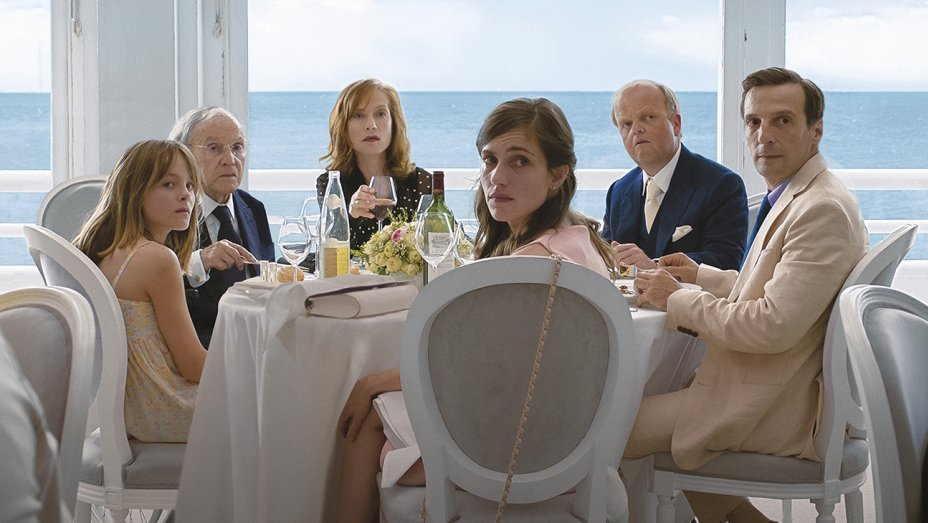 All of the family members live in the same building, and as such, their lives easily are entangled in the affairs of the others, as are the events surrounding each.  In the background of Happy End, is also the European immigrant crisis, though Haneke uses a subtle touch to weave the plight of the immigrant into modern-day France’s culture through their part in this broader story of the Laurent family.  This proves more and more effective the further into the story you go.  Toby Jones (Captain America: The First Avenger, Atomic Blonde), also appears as an English attorney on the periphery of the Laurent family’s dealings, and an eventual finance to Anne. 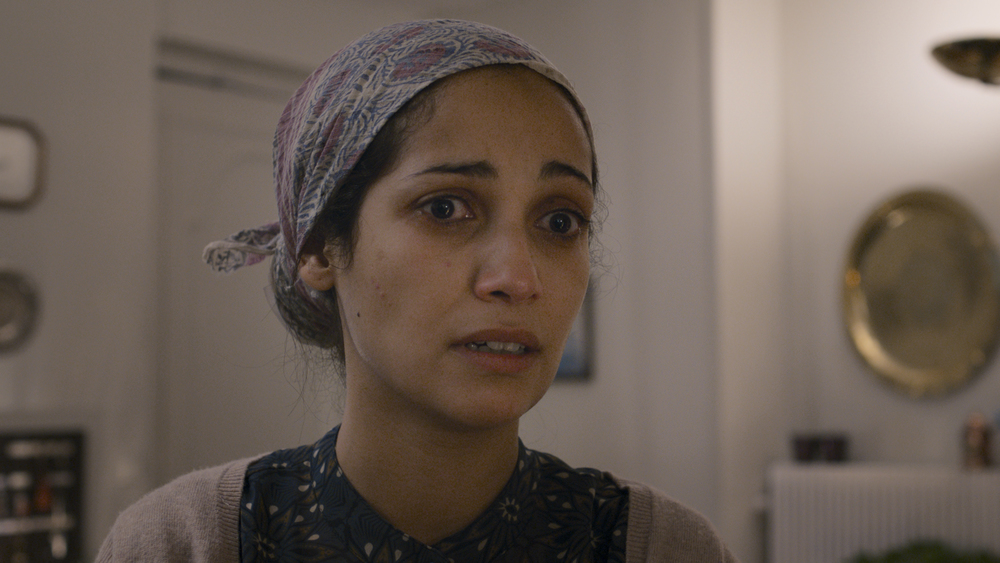 Like Amour, Happy End is mostly a French language film containing English subtitles, with occasional dialogue in English.  Despite a possible language barrier for American audiences, Haneke is able to continue to challenge our western attitudes and perspective effectively, directly taking on a number of hot-button issues.  How we use technology, and the destructive nature such technology encourages in our persons is front and center in each frame.  Whether it is the lewd sexual advances one is more embolden to share when its part of the digital fabric of our lives, to the cold, and callous, way that we want to document death and destruction.

As it relates to Amour, Happy End, also makes several connections that would cause the viewer to surmise that Georges Laurent, is the same Georges in Amour.  This, along with Isabelle Huppert playing his daughter in both films, will add more layers to this notion.  Isabelle, in particular, is clearly playing a different character than she did in Amour, but the same issue of euthanasia rears its head strongly here, with the on-screen confessions of this Georges, that reveal him to possibly be the same person from Amour.  Others, who are more familiar with the directors other films have mentioned that many of his other films also intersect here in Happy End as well. 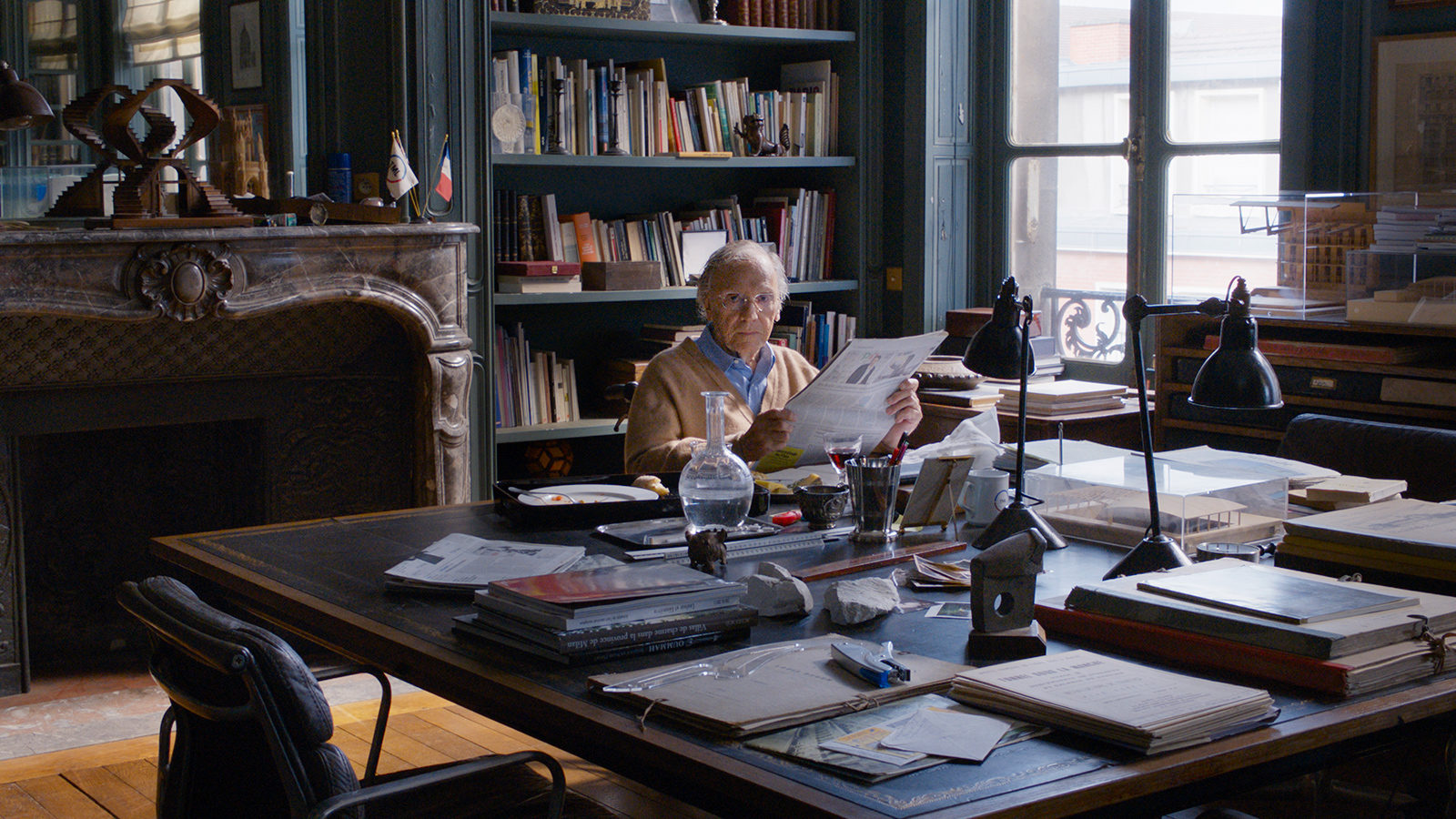 Happy End will not see as much award season recognition as Amour did in 2012-2013, but it is another worthy entry in Michael Haneke’s filmography.  He continues to be an effective provocateur, and his directorial vision is one that leads to the development of films that ask the hard questions that need to be asked of our modern world.  His camera never tries to manipulate a particular answer out of the viewer, either, instead being content to sit back in a more observational position that simply documents the story as it unfolds.  Often this means taking a perspective that frames the story from further away, often out of earshot of conversations being had, leaving us to interpret mood, body language, and subtle reactions when he isn’t letting us hear the dialogue (or read it in subtitles).

When the film is shot in a language that you might not speak, you will still see that powerful storytelling is ever present, as visual reactions and images of body language, and the like, reveal that we are all able to speak and understand the universal language that is the human experience.   Happy End, as a film title, hardly encapsulates the mood, tone, or conclusion of the film’s story, but serves more effectively as an effective political statement on the state of our modern day world. 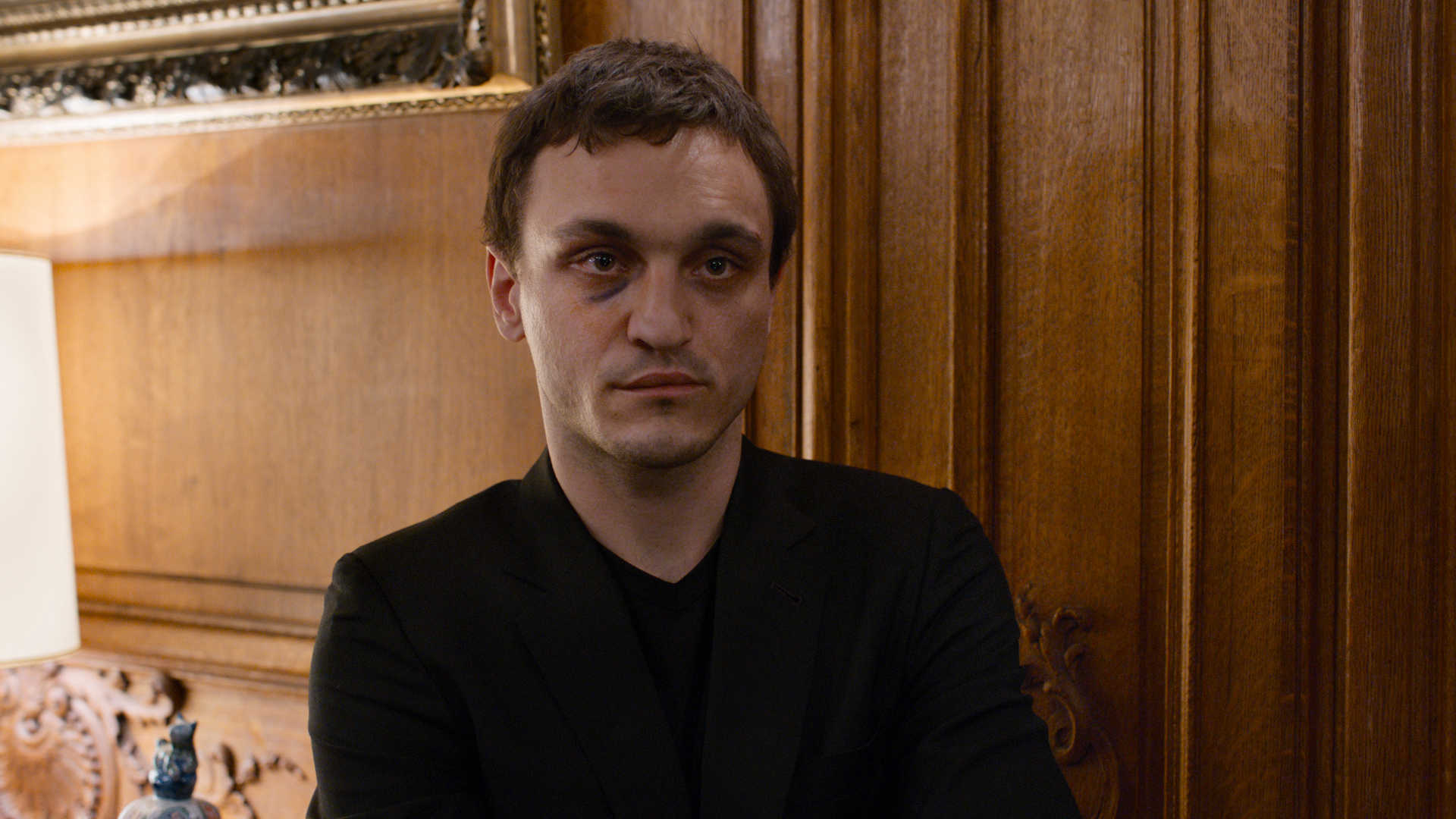