Sidney Poitier Wines and Dines Abbey Lincoln in a Charming Romantic Comedy From 1968. 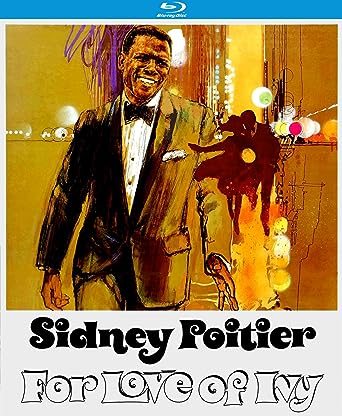 Ivy Moore (blues singer Abbey Lincoln) works as a maid for the Austin family. One morning Ivy lets the Austins know that she’s leaving her job and moving to the city. Ivy isn’t unhappy with her current life, but she is feeling unfilled. “I’m not sure what I want,” Ivy says, “I just know I don’t have it now.” She wants to get an education, perhaps become a secretary somewhere and start an actual career with future prospects. The notion of life without their longtime servant panics the Austins, and the two children, Tim and Gena (Beau Bridges and Lauri Peters) hatch a plan that will keep Ivy around.

Tim calls Jack Parks (Sidney Poitier), one of the owners of a trucking company Tim’s father (Carroll O’Connor) deals with. Tim wants Parks to take Ivy out, wine and dine her, and generally keep her happy by showing her a good time. Parks, naturally, thinks this is ridiculous and wants no part of this plan. Tim, however, knows a thing or two about Parks’s side hustle- running an illegal gambling club in the back of his trucks- and uses that knowledge to blackmail Parks into playing along. 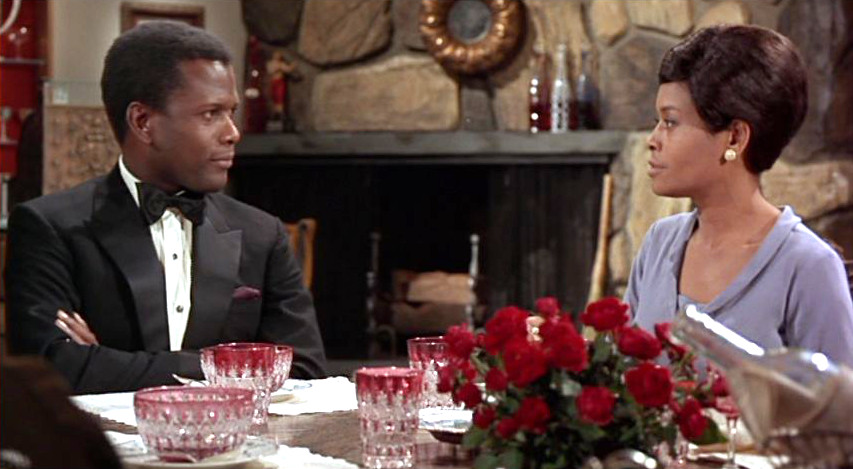 This forces Parks’s hand, and he agrees to a date. There’s an awkward dinner in the Austin’s house with Tim and Gena. Parks follows this up the next Monday with a more traditional date out at his favorite Japanese restaurant, followed by a show. By the third date, Parks has come to really like Ivy for who she is, and he even comes clean about his gambling operations. She’s concerned about his future in that, but she enjoys his company too. Everything is going really well for them, and there’s no way she’ll ever discover that he only started seeing her because he was blackmailed into it.

Ah, but that’s not how these sorts of things go, is it.

Not to spoil anything for anyone who’s never seen a movie or a tv show or read a book of any kind, but, yeah, complications ensue. When Ivy learns of the bargain that got Jack to ask her out in the first place it puts their burgeoning relationship in jeopardy. So, can Jack win Ivy back? Can the Austins convince her to stay? Should they even try? And in the center of it all is Ivy, knowing that she wants something more, but no one is giving her the space to figure out exactly what.

One of the strangest aspects of the movie is how much it sidelines the title character, even as she argues that she no one seems to care what she wants. The movie itself seems to have little regard for Ivy’s own agency. The movie spends much more time with Poitier’s character and his reactions to the set-up and growing relationship. Given Poitier’s star power (considerable!) at the time, and his influence in the film’s production (he’s given a ‘Story By’ credit), that’s not entirely surprising. But even as the film takes a more progressive view on race, its attitude towards women seems behind the times even for the 60’s. 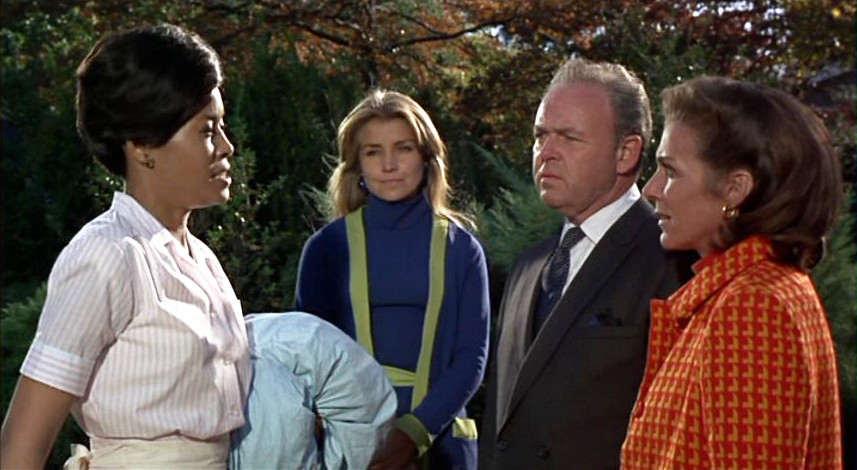 On its release in 1968, Roger Ebert likened For Love of Ivy to a classic Cary Grant romantic comedy, and film critic Vincent Canby likened it to something out of the 1940s. Both liked the movie and thought it a charming comedy. And it is, as long as its focus stays on Poitier and Lincoln. Abbey Lincoln has a nice screen presence. The singer didn’t appear in many movies, but she’s great in this one (although I wonder at the decision to cast a singer like Lincoln and not have her sing- even if it’s just the title song over the credits!).

Even as the film takes a more progressive view on race, its attitude towards women seems behind the times even for the 60’s.

As for Poitier, well he’s good in anything, although I think he might not have been the best choice for the lead (even if he was instrumental in getting the movie made at all). Jack Parks is presented as a shady character- the type of character Cary Grant would play as mentioned before. Grant, for all his suave sophistication, could play the part of the cad believably (and seductively!). Poitier just seems too straight. They should’ve called Billy Dee Williams.

For Love of Ivy has been released in color, with a 1.85:1 aspect ratio and a 1920x1080p resolution. The only extras on the blu-ray are a set of trailers for other Kino Lorber releases featuring Poitier.