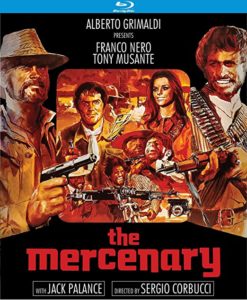 When one has the first name “Sergio” and is a director of spaghetti westerns, the burden to achieve greatness must be extra pronounced. Sergio Corbucci, one of “the three Sergios” of the crackling sub genre (along with Sergios Sollima and Leone), manages quite well with this 1968 entry, The Mercenary.

With a standout Ennio Morricone score, one which was heavily utilized by Quentin Tarantino for his Kill Bill films, The Mercenary is musically in league with those well known slightly earlier colossal peers, Leone’s “Man With No Name” trilogy. It also measures up to those films in terms of swagger, badassery, pacing, casting, and spirit.

Franco Nero, returning to both spaghetti westerns and Corbucci following their 1966 attention-getter Django, arrives fresh from the legendarily bemoaned Hollywood mega-production Camelot, nails the role of Sergei Kowalski, the morally challenged cash-centric title character. He strolls through the film with an assuredness rarely matched, striking his cigarette matches on anything and everything. Wide brimmed hat, flowing duster, and dressed to the nines at all times, this blue-eyed quick-gun will sell his expert fighting services to whomever has the deepest pockets.

The Mercenary succeeds tremendously, emerging as one of the great non-Leone standouts of its sub-genre.

Tony Musante plays Paco Roman, a crusading Mexican revolutionary questing for a Mexican revolution. Lacking combat skill, heavy weaponry and general machismo, Paco agrees under fire to pay Kowalski in exchange for his expertise in battle strategy. The deal sticks, and before long their revolution is rollicking along as a well orchestrated series of robberies, enabling the payment of Kowalski. 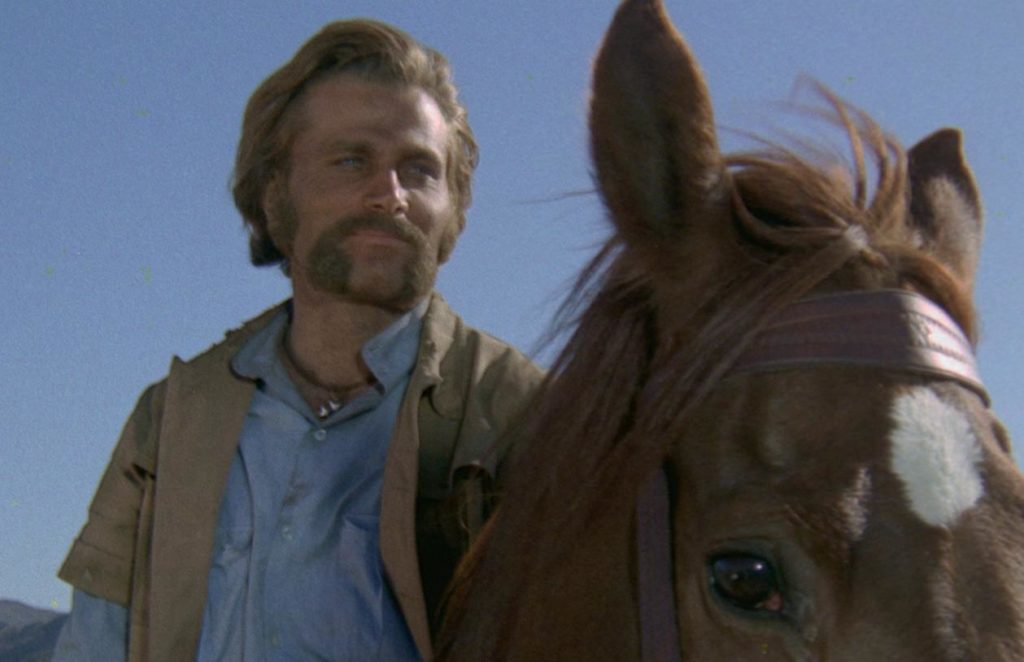 Franco Nero is THE MERCENARY.

Beautiful and fiery idealist Columba (Giovanna Ralli) calls b.s. on this self-perpetuating cycle, and things get increasingly complicated from there. (That is, by spaghetti western standards). Money, loyalty, and lack thereof become all the more central in this film full of major and memorable set pieces, including a machine gun/army Jeep assault (this is obviously a late era Western), a train raid, and of course a multi-character shootout.

All the while, token American star Jack Palance is skulking around as a “fancy” baddie with bad hair, a corsage, and a penchant for murder. In what turned out to be a fun bit of career foreshadowing, he’s called Curly – the same name he’d more famously go by in City Slickers. The sadistic entity of Curly comes and goes (sometimes quite memorably) throughout the course of the movie, yet always remains a treacherous presence, even from the periphery.

The Mercenary succeeds tremendously, emerging as one of the great non-Leone standouts of its sub-genre. Corbucci, in a refreshing willingness to back away from the more brutal trend in spaghetti westerns which he popularized with Django, opts for a more rollicking tone in line with films such as The Good, The Bad and the Ugly. The director and his crew realize every frame, every camera potion and move, with admirable care and artistry. The Mercenary is shot and edited with a creative precision and gusto rarely evident in any movie, and certainly not expected in these dusty parts. Spain doubling for Mexico never looked so good – even if it doesn’t necessarily look like Mexico. 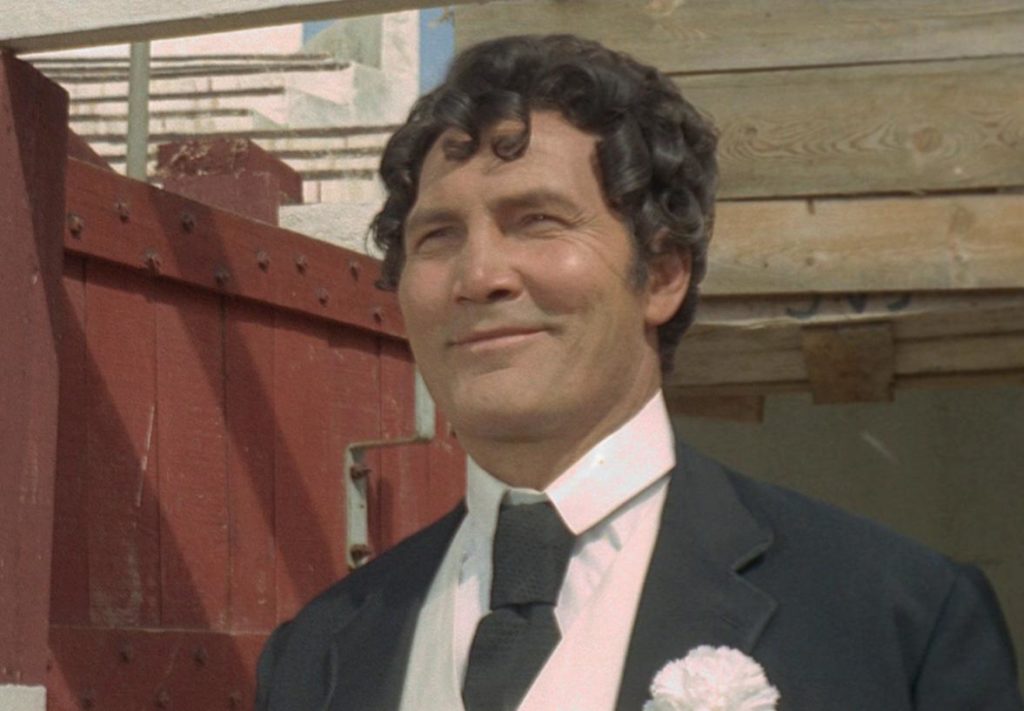 Long before those slickers from the city saddled up, Jack Palance as Curly in THE MERCENARY.

Kino Lorber Studio Classics’ new Blu-Ray of The Mercenary boasts a grand transfer, allowing Nero’s bright baby blues to really pop with confident flair. The verbal soundtrack, like all Italian features of the time, is dubbed into English from whatever hodgepodge of spoken languages, per standard Italian filmmaking procedure, were never recorded on set. The primary extra, aside from a litany of spaghetti western trailers, is an engaging commentary track by filmmaker and genre historian, Alex Cox (Repo Man). Cox is a rare pleasure to spend time with, his enthusiastic dulcet tones and love of the film ever present.

The Mercenary is another terrific film discovery courtesy of Kino Lorber Studio Classics, well worth picking up on Blu-Ray. A fine effort from a fine Sergio.