I’ve always liked science-fiction that takes its cues from what people in the past thought the future would be like. Movies like 1980’s Flash Gordon, which styled itself after the old Buster Crabbe serials, or video games, like the Fallout series have fun with their retro-vision of a distant time ahead as imagined decades ago. Future ‘38, the sophomore feature written and directed by indie filmmaker Jamie Greenberg, follows in that same vein. It is purportedly a look at how filmmakers in 1938 saw the far-future world of 2018, through the lens of a 30’s-style screwball comedy. The film is an absolute delight and a great deal of fun.

Before the story begins, famed Astrophysicist Neil Degrasse Tyson comes on screen to introduce the movie. He describes it as a lost treasure, a science fiction movie from 1938 that would go on to inspire future scientists with its depiction of the utopian world of 80 years on. The film goes on to sell the illusion that it’s an artifact of the golden age of Hollywood with its crackly soundtrack, projector hum, scratched film texture, and its over saturated technicolor look. 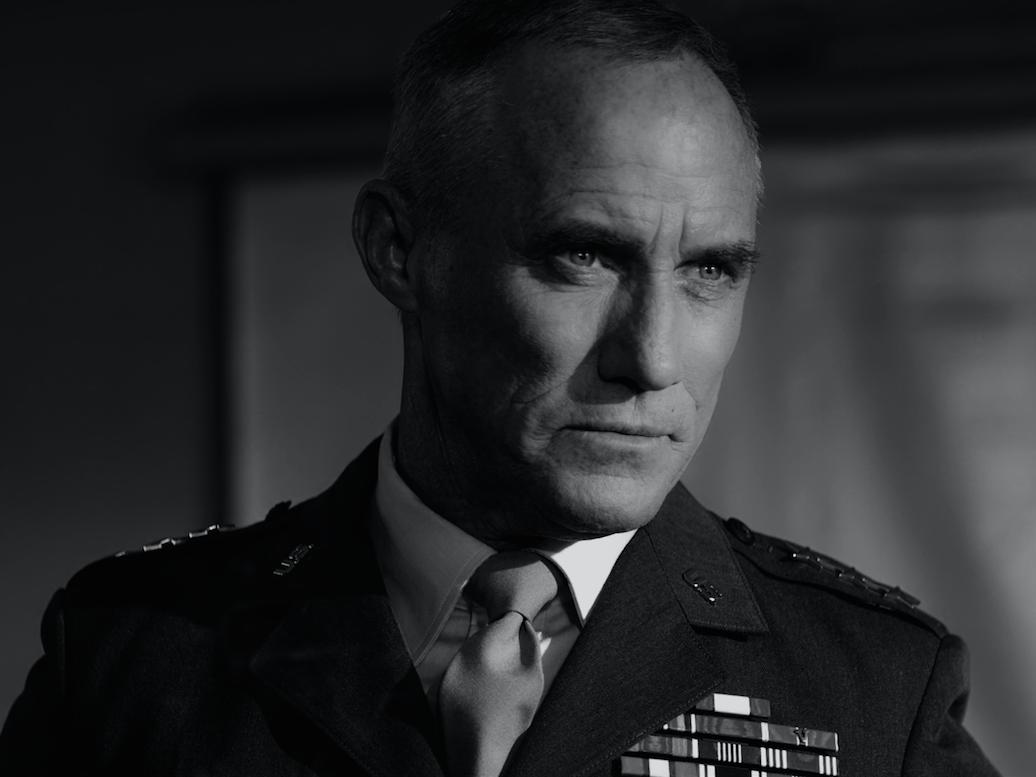 In 1938, Jack Essex (Nick Westrate) is given a very important mission by the United States War Department. The United States is using the awesome destructive power of the Formica Atom to build an ultimate weapon that will pacify Germany before it can start a second World War. The problem is, the Formica isotope takes time to build to its full charge- exactly 80 years! So Dr. Elcourt (Ethan Phillips) must send Essex ahead to 2018, where he is to retrieve the now fully-charged isotope and return it to the past.

Once in the future, the black-and-white world turns into glorious, gaudy color, The Wizard of Oz style. Essex discovers how the world has changed in the intervening decades. He is astounded by inventions such as the 24-hour news cycle,  a man on a unicycle that rides around reading the newspaper aloud, and the Electromesh, a global computer network that serves as a repository for all of human knowledge that prints out its information on ticker-tape. I really don’t want to give away too much, so as to not destroy the joy of discovery, but rest assured that gags involving retro-future takes on text messages, CNN and subway Metro Cards abound. 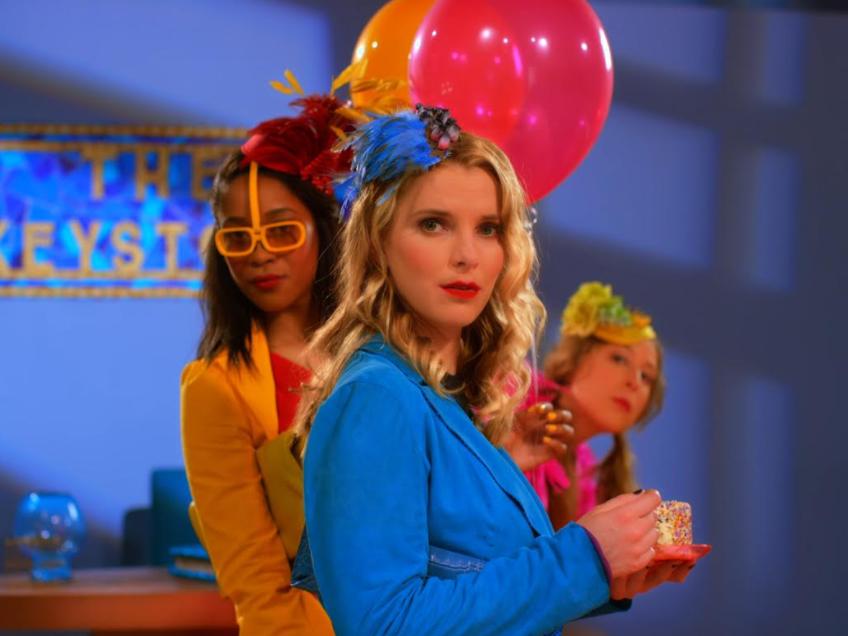 In order to help him complete his mission, Essex enlists the help of Banky, a tough-talking flop house manager played by Betty Gilpin. In the future, all of the landmarks and place names Essex would find familiar have changed. Banky ends up acting as a guide for Essex and provides valuable help in finding the location of the safe that houses the isotope for which Essex searches. She also serves as a comic foil for Essex, and Gilpin and Westrate play wonderfully off each other. It’s clear the actors are having a great time, and their energy and enthusiasm gives their rapid-fire banter a formica-level charge.

If some of the humor felt a little bit like inside-jokes meant just for New Yorkers (and some of those aimed squarely at Jewish New Yorkers at that), that’s a minor quibble since the film’s rapid pace means it’s not long before the next joke lands. The script, also written by Greenberg, is full of fun and clever wordplay. Some of the puns are groan-out-loud worthy, and I mean that as a high compliment. And with a runtime of just 75-minutes, the film doesn’t stretch the central gag too thin and overstay its welcome.

The movie was shot by Greenberg and his crew on a shoestring budget in a converted warehouse in Queens and around New York City in just fifteen days. Greenberg is probably best known for his role as the co-creator of the PBS Kids’ show Where in Time is Carmen Sandiego? So Greenberg knows from time travel. Future ’38 makes clear that he also knows from funny as well.