A Thinker Who is Easy to Quote and Hard to Pigeonhole 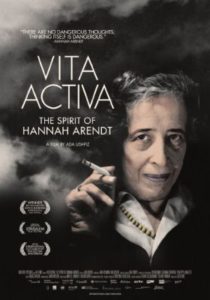 I didn’t know enough about Hannah Arendt before watching Vita Activa:  The Spirit of Hannah Arendt.  I had a vague awareness of Arendt’s long form reporting for the New Yorker, Eichmann in Jerusalem; and I knew she’d given us the phrase “the banality of evil”.  That’s it.  That was the extent of my knowledge of one of the most prominent political theorists of the 20th century.  I know more about Hannah Arendt now, having watched Vita Activa, but for good and ill, this is no “Idiot’s Guide to Hannah Arendt”.  Ada Ushpiz’s film is non-linear, enigmatic, sometimes dreamlike.  I felt as if I was in a bit over my head, watching the film.  I wish I’d read up on Arendt first, then watched it – and that’s my suggestion to potential viewers who approach with as little knowledge as I did.

Even so, with my limited awareness of Arendt’s work, I was intrigued by the life and intellect on display in Vita Activa.  Hannah Arendt was a German-born secular Jew; a student of  the philosopher Martin Heidegger who became his lover; a lifelong friend of philosopher and psychologist Karl Jaspers; a one-time Zionist who became sharp critic of the Zionist movement in the state of Israel.  She was a Jew who had an uneasy relationship with her own Jewishness, and her most famous phrase – the banality of evil – drew sharp criticism from many in the Jewish community. 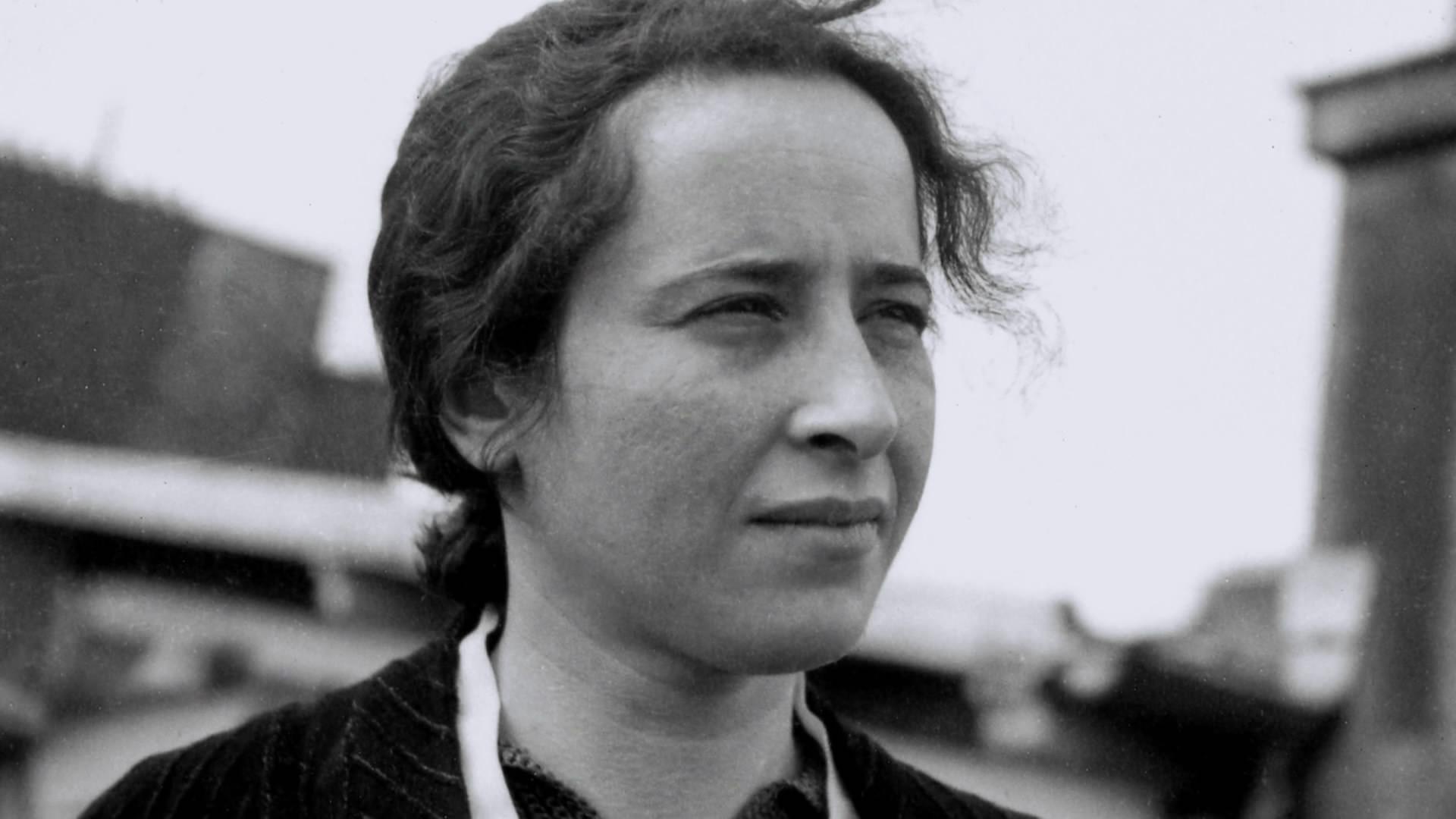 Vita Activa uses the trial of Adolf Eichmann as a framing device for this biography of Hannah Arendt, featuring footage of the trial.  The film also relies on interviews with Arendt’s old friends and colleagues, narrated readings of her letters and essays, and television interviews that Arendt did in the 1960s.  Arendt wrote on topics that seem as relevant now as they were in the 1920 and 30s – on the plight of refugees, the rise of totalitarianism, the danger of victims becoming oppressors.  Her experience as a Jew under the Third Reich and a refugee in France seems to have only heightened the alienation and detachment through which Arendt viewed human behavior.  Although she was a fully assimilated German as a young woman, Germany rejected her as a Jew.  Much of the Jewish community would reject her after Eichmann in Jerusalem.  Faced with the horrors of the Holocaust, Arendt saw Eichmann and other perpetrators not as radical, extraordinary villains, but as ordinary, clock-punching, order-following tools of the state.  She argued that Eichmann himself wasn’t even especially antisemitic.

Is it possible for ordinary people to commit extraordinary acts of evil – for the true face of evil not to be monstrous, but a bland, bespectacled one like Eichmann’s?  That idea seems less controversial 70 years on, but to many postwar Jews it seemed as if Arendt was downplaying the evils of Nazism, especially given her defense of Heidegger (who had given his full-throated support to Hitler) and her criticisms of Israel.  Hannah Arendt was a complicated thinker, but her willingness to critically eye every group loyalty is needed more than ever as visions of globalism seem to be collapsing into nationalism and tribal identities. 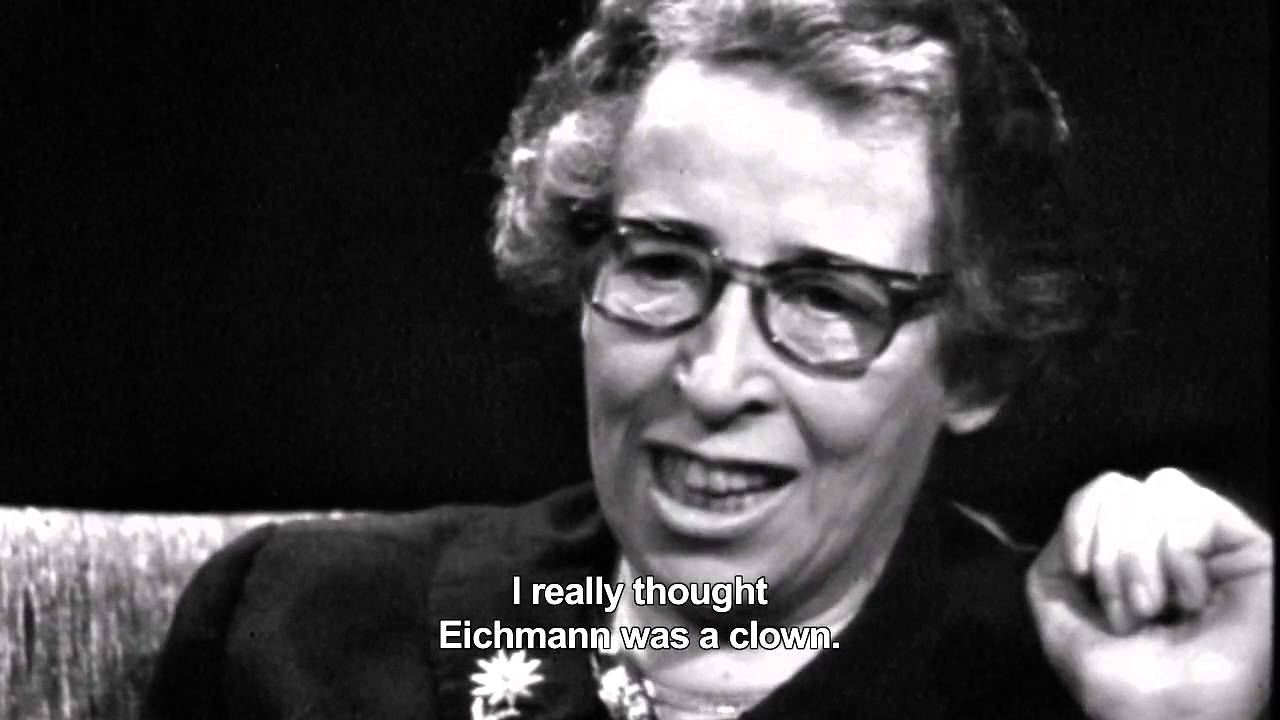 Hannah Arendt’s writings on the plight of refugees are especially potent at the current moment.  She argued that a person without a state, without meaningful citizenship, is a person without rights.  Such persons soon become a non-persons to the countries that resist the influx of refugees.   They are instead seen as a pestilence, a swarm.  That was true of the masses of displaced persons in Europe after World War I, notwithstanding nobles ideas about human rights.  And it was a lesson Hitler was able to put to use inside Germany, even against that country’s own citizens.  Once the Jews were seen as not-German, as aliens occupying the Fatherland, regarding them as without rights followed.  I am reminded of a conversation I had recently in which an American suggested that other citizens of this country, of another race, should go back to their “rightful countries” rather than protest injustice.  When nationalism and authoritarianism spin out of control, even fellow citizens become strangers and aliens without rights.  Hannah Arendt saw it happen in Germany, worried that it would happen in the state of Israel, and anticipated that it could happen even here, in her adopted homeland, the United States.