TAKE EVERY WAVE: THE LIFE OF LAIRD HAMILTON – Film Review 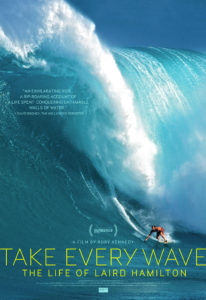 Take Every Wave: The Life of Laird Hamilton is a vivid and colorful portrait of a vivid and colorful man. Directed by documentarian Rory Kennedy, the movie uses archival footage, modern digital video, and talking head interviews to tell the life story of big-wave surfer Laird Hamilton. In his pursuit of ever greater challenges, Hamilton has pushed his chosen sport further, even if it may have been in directions not everybody wants to see it go.

Like mountain climbing, surfing as a sport pits human skill and daring against the overwhelming power of nature. Surfing isn’t just a test of skill, strength and endurance, however. There’s an essential sense of swashbuckling to the sport. Surfers don’t just conquer their waves, they trick them, harness the wave’s power, and then ride that power, laughing like Errol Flynn at their own cleverness.

Laird Hamilton is a man who seems to have been born to surf. From an early age, when his young mother moved her family to Hawaii, he was taken with the ocean, he developed a fascination with the surf. It was a place where he could take control of the seemingly uncontrollable. He had difficulties connecting with people on land: his stepfather was prone to violent anger, he was a minority in the mostly Asian and Hawaiian neighborhood he grew up in, and he lashed out by rebelling at school. Out in the ocean, however, he could harness the wave’s power and he could fly. 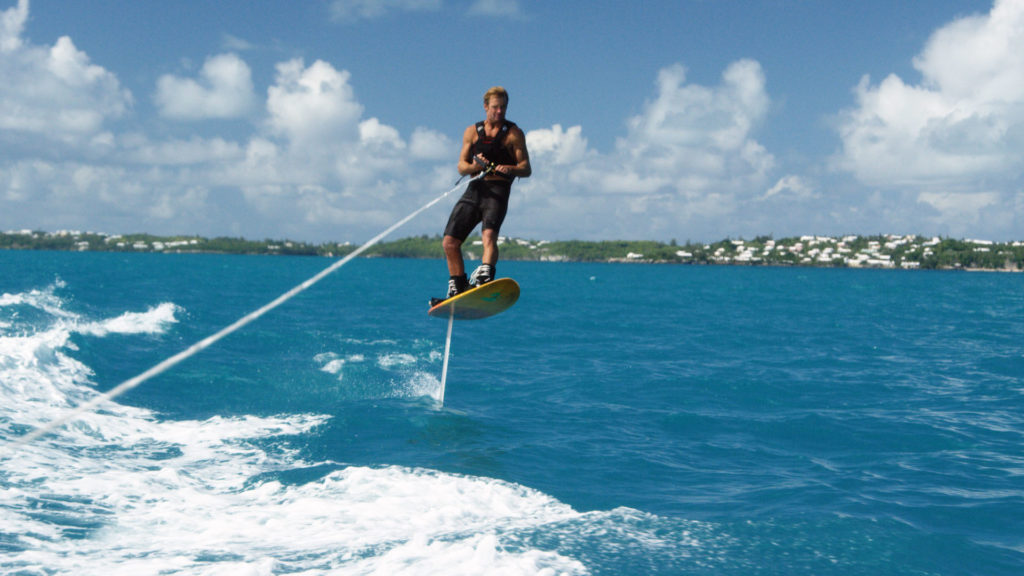 Take Every Wave examines Laird Hamilton’s life in a series of interviews with Hamilton himself, his family, and those who surfed with him (his other family). Other interviewees include famous surfers such as Gerry Lopez (Subatoi from Conan The Barbarian) and editors of prominent surfing magazines who can place Hamilton’s accomplishments in progressing the sport of surfing into their appropriate context. These include Hamilton’s use of the ‘foilboard,’ a device that reduces drag by suspending the board several feet above the surface of the water, and his introduction of windsurfing-like stunts into the sport of big wave surfing.

Hamilton is best known for pioneering “tow-surfing.” That is, the surfer has a partner on a jet-ski tow the surfer further out to sea than they would otherwise be able to reach. This allows the surfer to catch larger waves and ride them for a longer period. The jet-ski is also available to aid the surfer should something go amiss. At first, the practice was lauded as a bold step forward for surfing, but over time, purists began to question the use of powered vehicles in a sport that traditionally has eschewed them. This backlash, coming at a time when his original surfing group was falling apart due to the dangerous overcrowding of what had previously been a secret big wave surfing paradise began to drive Hamilton into taking some serious risks. 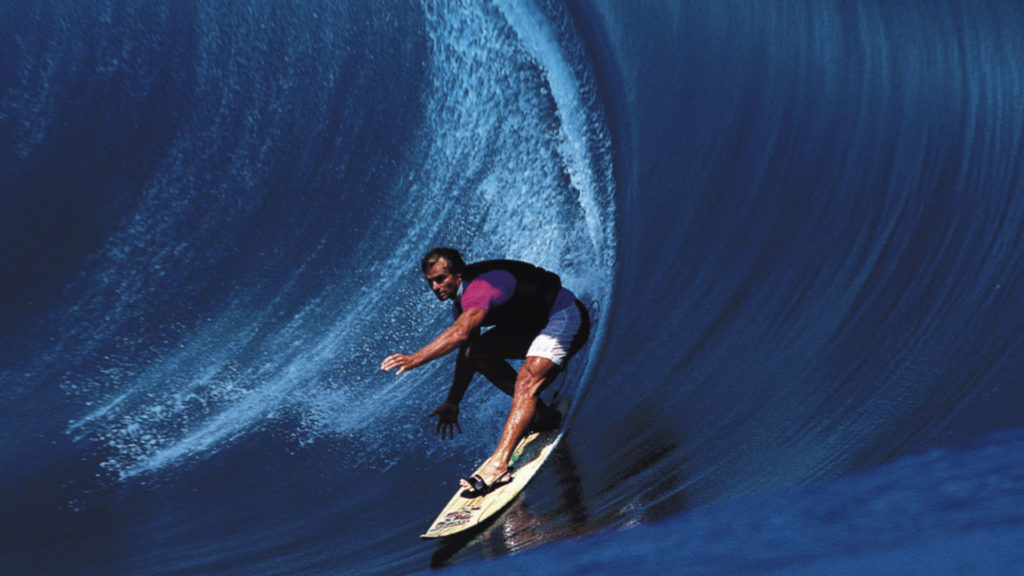 In presenting Hamilton’s story, director Rory Kennedy had access to ample video and film archives, including home movies and network broadcasts, and she makes good use of them.  The video and 8mm film, coupled with period music establishes the surfing culture Hamilton came of age in. But it’s with the modern digital footage where Kennedy’s photographic eye really gets a chance to shine. Take Every Wave takes the opportunity modern digital equipment offers and runs with them. Kennedy gives us images from inside the “tube” or from under the breaking wave, where the water takes on the appearance of an exploding cloud of blue flame. These almost abstract shots draw the viewer into an expressionistic vision of what it is to be a surfer.

There is an extended helicopter shot at the end of Take Every Wave that features Hamilton on his foilboard. He is sailing over the ocean, seemingly unencumbered by gravity. The shot goes on for as long as you think it can, then goes on a little longer and then a little longer yet as he races along, dropping and rising with the swells. It’s an exhilarating moment and it’s easy to see what compels Laird Hamilton to surf. Out there, he is free of the weights of human concerns, and he laughs as he is propelled along by wind and water.