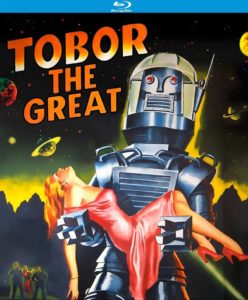 Another great example of the fears and fascinations of the times mixed into a B-grade science fiction entertainment of no immediately obvious quality, yet structured floor-to-ceiling by a multitude of living, breathing joys: stock footage of rocket tests as back story, dialogue that’s stilted but so arrow-straight it reads like a senate hearing, modest intentions with embraceable, endearing charm, fancy gadgets like transmitter pens and ESP headwear, and plot that’s like a sweet, glorified serial starring a boy and his faithful robot. Movies like this are not here to be mocked. They come in peace.

It’s 1954 and the space program is on the rise, under the auspices of fictional, wonderfully ’50s-sounding, pre-NASA agency, the Civil Interplanetary Flight Commission. The man-in-space thing is on the horizon, so to speak, but space safety is not yet a foregone conclusion, and though our ’50s, can-do pluck assures us the fortitude of man will help him survive an escape past the atmosphere… just to be sure, how bout let’s put a robot up there first. Enter Dr. Nordstrom, who’s secretly created the world’s first synthetic human being – but let’s not get fanciful, it’s a robot – which he reveals to a roomful of foreheads with notepads and, whimsically and in reverse, dubs him “Tobor”. Tobor is one of those great ’50s sci-fi sights: giant glass head, accordion elbows, iron-pronged pincer-fingers, and clomping, tin-plated legs, looking every bit like it belongs on the toy shelf with Robby the Robot. In fact, in his graduate-level commentary track, Richard Harlan Smith says he was designed by Robert Kinoshita, the same technician-artist who created both Robby and the “B-9” robot on Lost in Space. But let the viewer beware: despite the cover art – on the original movie poster and here on Kino Lorber’s Blu-ray – Tobor is not a kidnapper of fainting damsels nor a villain run amok against military might. If anything, he’s an awkward, mute misfit. Not only does he look like he might topple frontward at every step, he tells us by his very design that he’d look better at home in miniature knocking over a Lincoln Log fort or battling a Tonka truck. 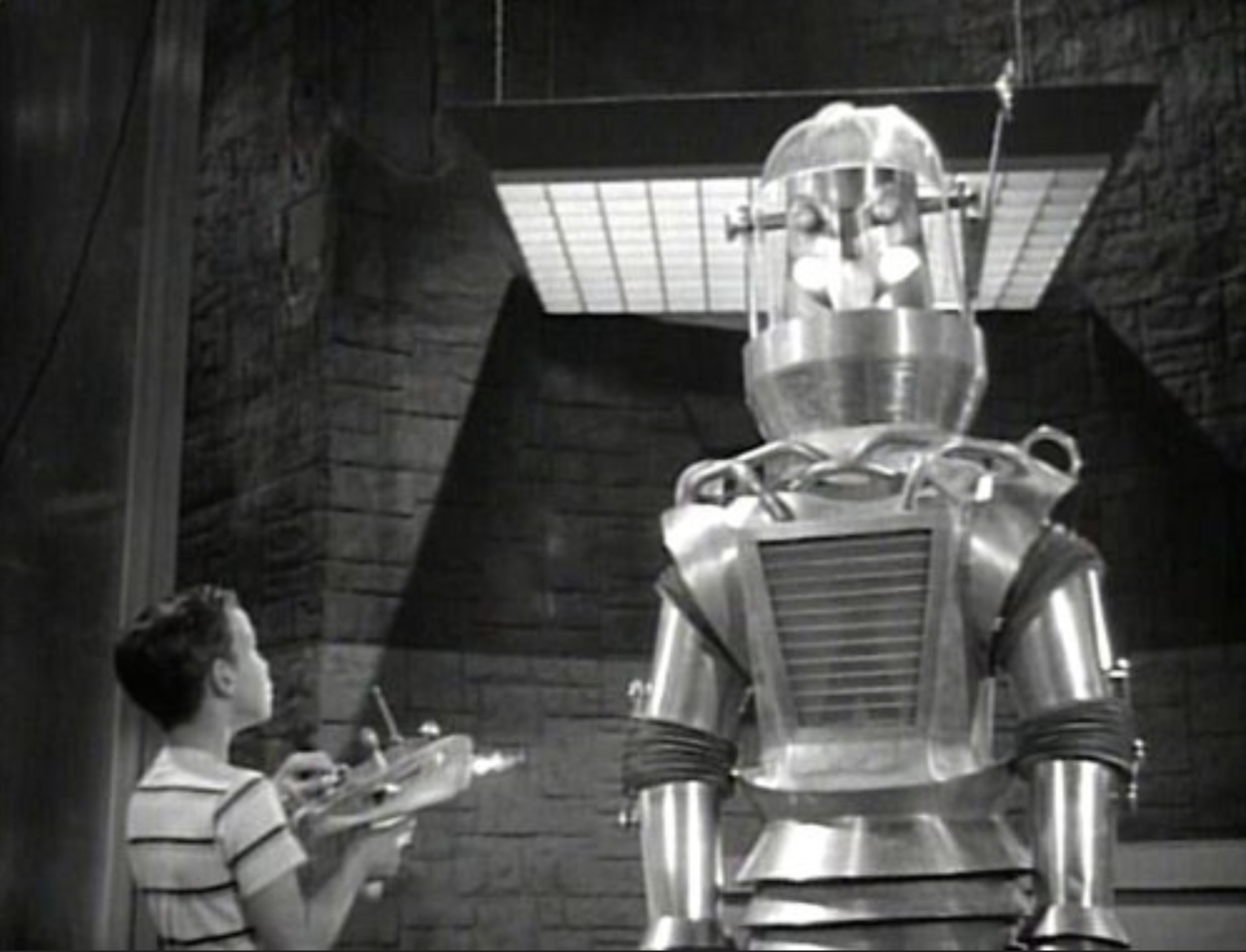 The movie defies its own monster-on-the-loose setup, never really becoming about the danger of a runaway robot with the easy power to kill men, instead expounding on the capacity of evil men to want to pervert technology, this time in the form of a sidewinding Russian agent, so dastardly he doesn’t even get a name, but fulfilled as the obligatory extorter of secret formulas, spouting official bad-guy threats like, “Of course, I could stimulate your memory, with… artificial methods.” Meanwhile, opposite the intrinsic geopolitical temptations of new technology, the optimism at the core of scientific progress is embodied in the gee-whiz zest of Billy Chapin’s 11-year-old “Gadge”. He’s incredibly small, incredibly smart, and incredibly vulnerable to the worst edges of scientific discovery (at one point, he’s threatened along with his grandfather at the hurting end of a blowtorch for knowing too much), but never afraid of getting as close as possible to the pulsing brain of progress. By mid-point, he and Tobor are demonstrating the classic emotional, near-telepathic, boy-robot connection as seen in everything from Gigantor to Lost in Space to Transformers. While the sober men of science poke and prod the new tech with an eye on its practical usage in aid of universal progress, Gadge sees a friend, or better yet, as he’s the charge of a single mom, perhaps a lost father figure. 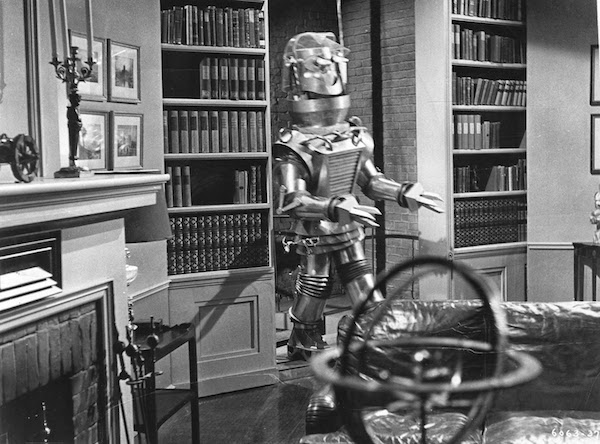 There should be no mistake, Tobor the Great doesn’t always live up to its name – it’s long on dialogue and demonstration without much actual action, much of the acting by the adults is like dusty cardboard, the common-to-the-era condescension toward women is ever-present (at one point, even Gadge gets in on it, telling his mom with zero intended “cute” irony that she wouldn’t understand what to the rest was basic science), what should be the main plot (foreign governments are stealing American secrets) plays more like a distant subplot for most of the movie, and even at 76 minutes it can feel padded. But as a movie squarely aimed at kids, and any viewers with an ability to transform material from a certain time into a kind of instant nostalgia, there’s an innocence here that can’t be maligned. Here’s your handy Tobor litmus test: if you ever wanted to see a top-heavy robot commandeer and drive a jeep, this is the movie for you. 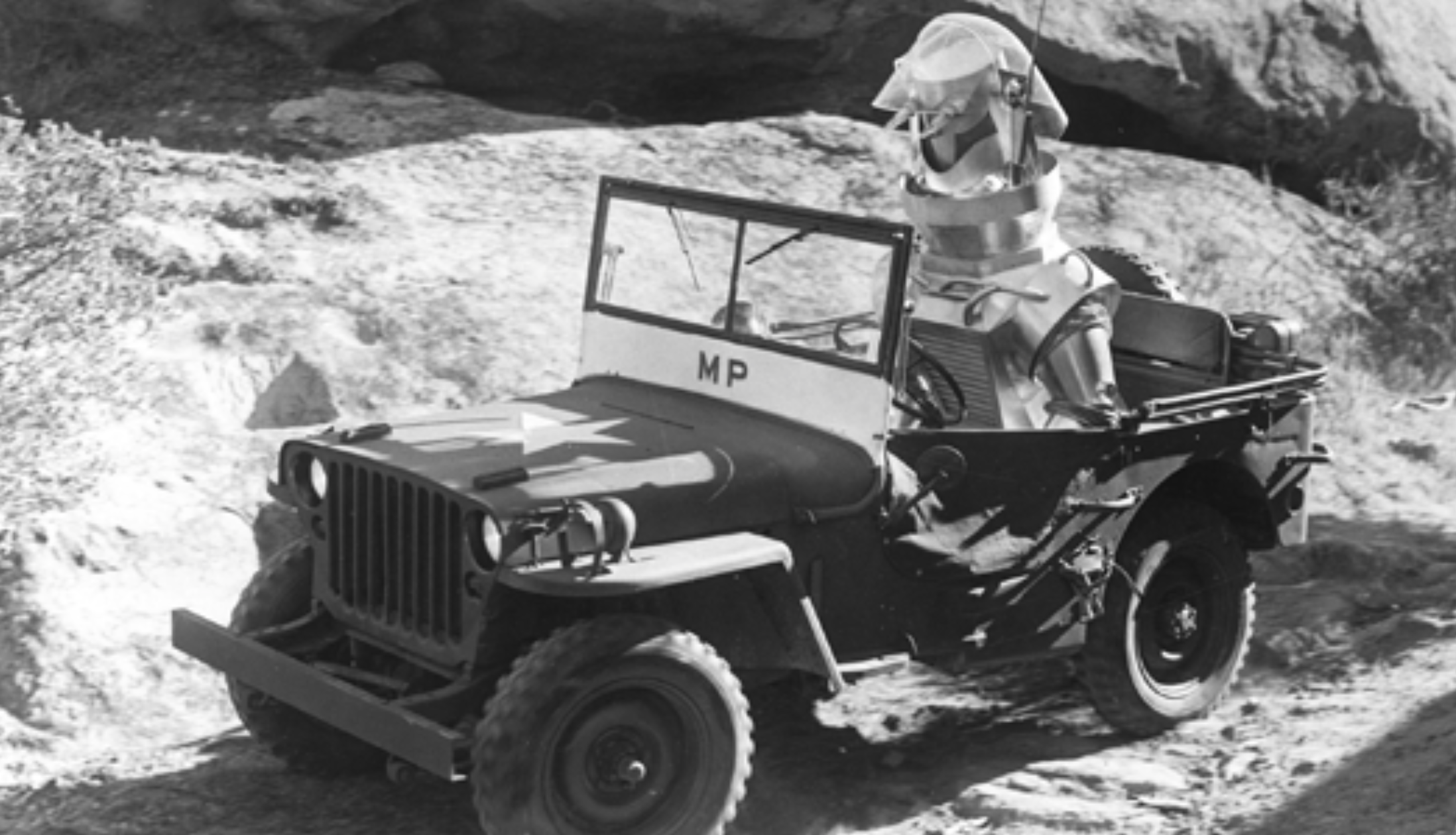