A Comedy with Something to Say

WHERE TO WATCH: Season 1 now streaming on Amazon Prime 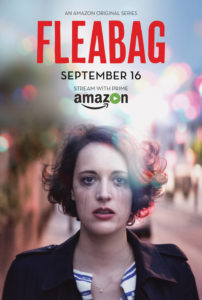 “I have a horrible feeling that I’m a greedy, perverted, selfish, apathetic, cynical, depraved, morally bankrupt woman who can’t even call herself a feminist.”

If you’ve ever felt any of the characteristics listed above, you can relate to Fleabag, a show that offers a complex yet provocative look into the soul of someone who is trying to overcome life’s obstacles despite tragic loss and escalating self-doubt.

Fleabag (Phoebe Waller-Bridge) is a café owner in her early 30’s, struggling to get a business loan after the death of her co-business partner Boo (Jenny Rainsford). We meet Fleabag at a time when she’s at her lowest. She regularly overcharges customers, making excuses that London’s expensive or she has no money for change. Her unsteady, neurotic boyfriend Harry (Hugh Skinner) frequently loses his patience with her, while estranged sister (Sian Clifford) and father (Bill Paterson) rarely make strong efforts to see her. But it’s hard for audiences to blame them. Fleabag steals from and lies to family members when she’s in trouble, sleeps with partners some may deem inappropriate, and frequently is emotionally unavailable to anyone, let alone able to care for herself. But as Fleabag grapples with her broken career, there’s a deeper story here; one that viewers watch slowly envelop her.

Did I not mention this is a comedy? 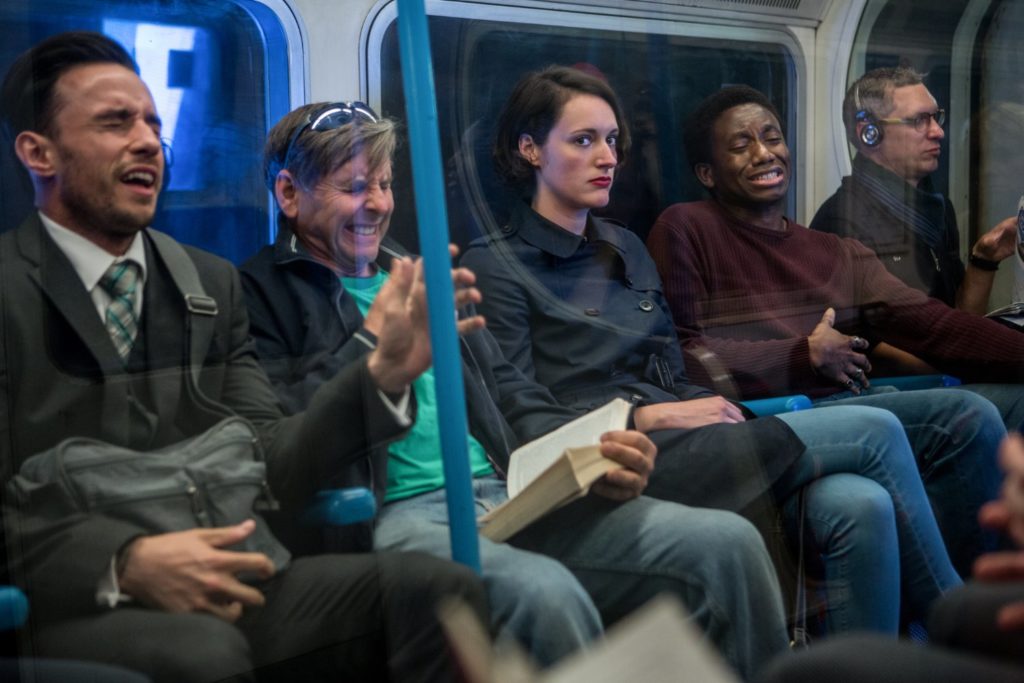 While this is not a light-hearted show, the humor is apparent even as we experience Fleabag’s strained relationships and business uncertainties. The shows’ sharp sense of humor is enforced by an absent fourth wall. While some shows have been criticized for their attempt (i.e. Kevin Spacey, House of Cards), Fleabag succeeds here, as it allows audiences an intimate look into our main character’s life, where hilarious moments ensue and viewers get constant feedback from her perspective. And she’s thrilling to watch because even as she suffers and makes mistakes, she’s funny, blunt, and confident along the way. As she searches for human connections, romantic or otherwise, the audience feels more engrossed in her experiences because that wall is nonexistent; when she hurts we feel it, when she’s elusive we know it. It’s a rare relationship to have with a character on screen; you almost feel like you’re there with her and experiencing her emotions for the first time alongside her.

The daily city-life struggles of a young woman who can’t afford toilet paper or hold onto a multitude of relationships might sound like a familiar story. In fact, Fleabag’s creator and star Waller-Bridge has been likened to a British Lena Dunham of HBO’s Girls, another show that highlights young women navigating life in a big city. While both describe likeminded and flawed characters, seemingly unlikeable and self-centered at times, Fleabag is a breath of fresh air as audiences watch our main character attempt to change and progress, very self-aware of her faults and flaws along the way. And unlike other modern female-centric shows, episodes are told directly from Fleabags’ own point of view, giving audiences an intimate look inside her life and the circle of relationships she yearns to hold onto. 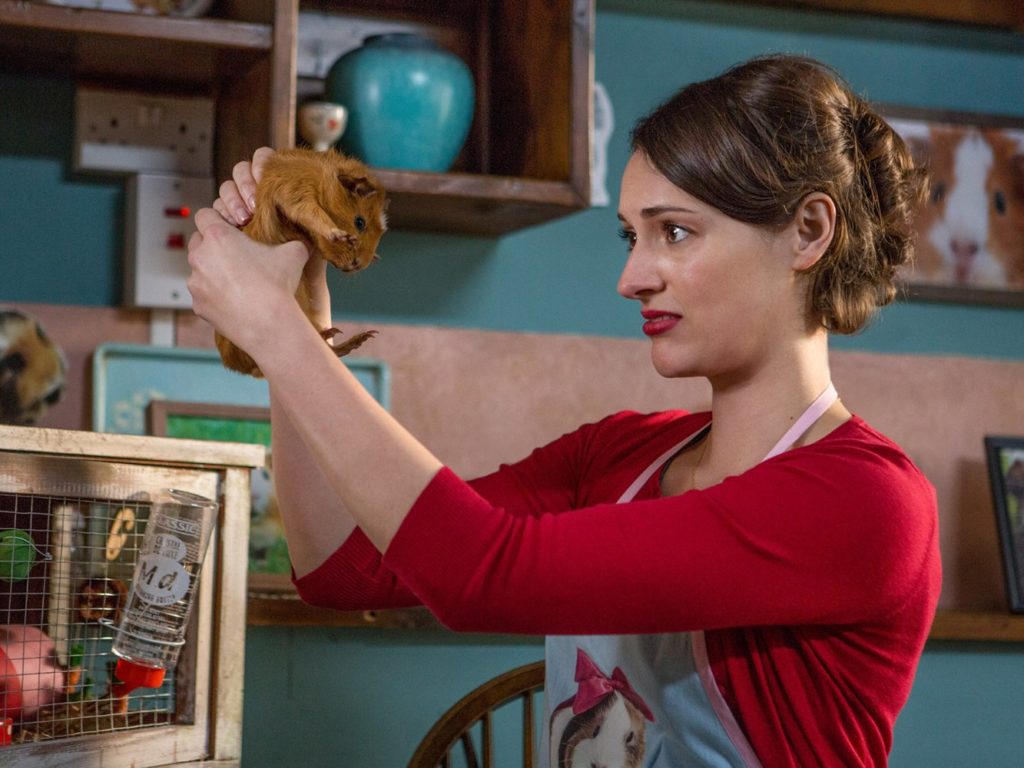 Adapted from Waller-Bridge’s 2013 Edinburgh one-woman play of the same name, Fleabag was well received critically and fueled by stellar performances. Specifically, Waller-Bridge is a standout as she’s tasked with breaking the fourth wall and communicating with the camera in an accelerated way. In one moment she’s smirking to the audience, amid sharing an inside joke, and in the next she’s delivering a heightened poignant scene, always aware of the camera, catching her at her most vulnerable. It’s an incredibly versatile performance as we watch her character recover from her friend’s death and deal with complicated family dynamics. She has particularly moving scenes with Clifford, Paterson, Hugh Dennis, a bank manager, as well as actor Olivia Colman, brilliantly cast as Fleabag’s malicious, overly sexualized stepmother. The well-executed performances contribute to the storytelling, transforming a seemingly typical plot to far more complex and emotional.

Though this is an easy six-episode season to binge, because of the close relationship viewers develop with Fleabag, one might argue it best to watch alone to further immerse yourself into her world. While this is no self-help melodrama, its’ lessons are valuable if you listen. And at its’ core, Fleabag is a coming of age story about someone who aches for human connection, something we can all relate to and appreciate. Certainly, this is an intelligent, quick-witted show but its’ subtle remarks of grief and loneliness dispersed throughout the season help pack a punch that may not hit you until the very end.