Orient’s “World”: Budapest By Way Of The Lower East Side? 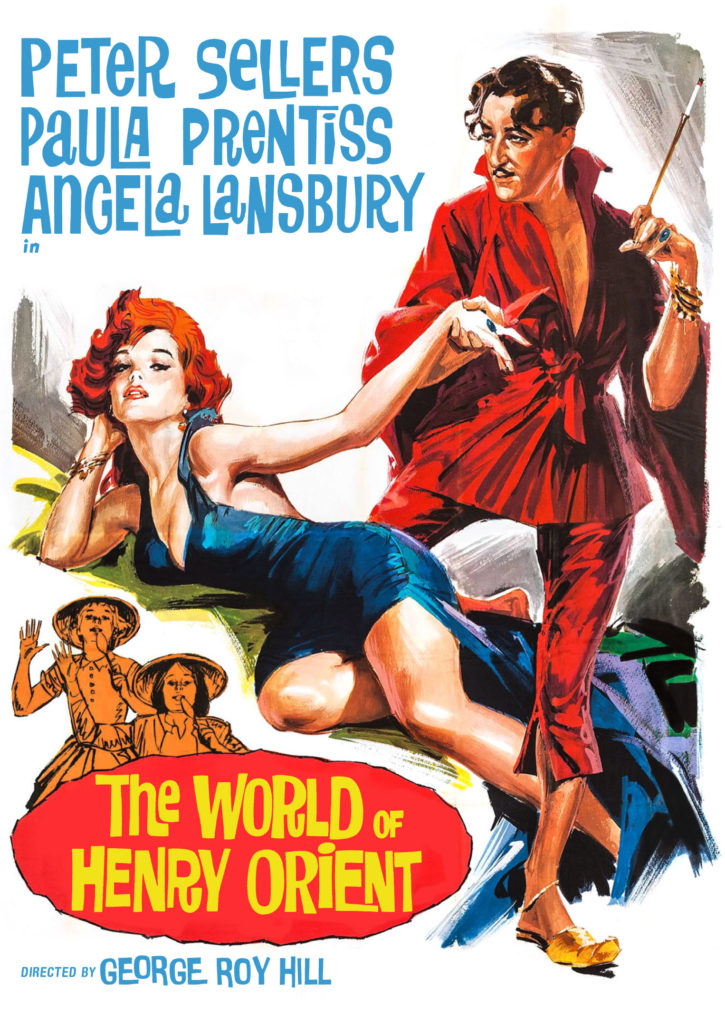 Peter Sellers was having quite a year in 1964. Despite suffering a life-threatening series of heart attacks in late February – following a whirlwind, um, “romance” with starlet Britt Ekland – two films released in the winter and summer, Dr. Strangelove: Or, How I Learned To Stop Worrying And Love The Bomb and A Shot In The Dark, contain possibly his best work as a film comedian and remain the films for which he is best known. Sandwiched between, released during his recovery period, came director George Roy Hill’s The World of Henry Orient, in which Sellers nicely complements his other impossibly wide-ranging 1964 roles as both an accident-prone French detective and a wheelchair-bound former Nazi scientist (as well as, in the latter, a mealy-mouthed U.S. President and a duty-bound RAF captain) with a ridiculously romantic concert pianist whose name and accent are obviously not his own.

A coming-of-age story, infused with a Gotham-inflected and youthful French New Wave feel from director Hill, Henry Orient concerns two New York private-school girls, Val and Gil (Tippy Walker, Merrie Spaeth), whose introduction to the bewildering world of adulthood (per the title, I suppose) comes courtesy of the title character. Following an encounter in Central Park, where the girls happen on the celebrity and his latest extramarital conquest (an always engaging Paula Prentiss; later in the story, a delightfully vampy Angela Lansbury appears, playing Val’s waspish mother), Gil’s and particularly Val’s increasing romantic obsession, as the starry-eyed adolescents pursue the flamboyant musician across downtown Manhattan, signals a charming – and charmingly dated, though essentially non-offensive – retreat into playful Asian cultural stereotypes seemingly inspired by the performer’s last name. Invoking Orient’s “spirit” by wearing conical hats and adopting names like “Cherry Blossom” and “Golden Bells” while chasing the beleaguered philanderer through the city – which all admittedly sounds a lot worse than it plays – the fantasy world the girls create evokes the last lilting sigh before “nylons, lipstick, and party invitations” (quoting a much-discussed line from C.S. Lewis’ children’s literature) sadly displace such childish things – including Val’s highly imaginative scrapbook made out of Orient’s press clippings – at film’s end. 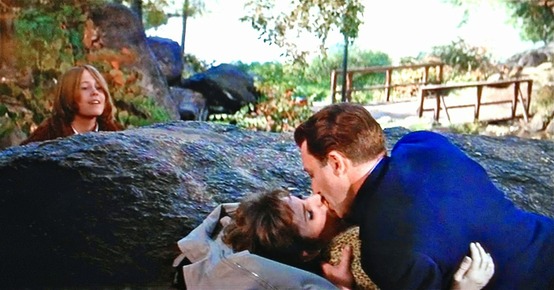 Simultaneously at the center and periphery of these goings-on is Sellers’ bizarre performance as Henry Orient, whose entire career, as a self-invented character, seems based on a self-perpetuated fantasy of his own. Whether it’s actually Leibermann, D’Annunzio, or possibly Wojciehowicz, Henry Orient’s “true name”, like many urban and ethnic performers before him, is concealed by the “mystery” of an adopted persona. Slipping in and out of his vaguely Eastern European accent seemingly at whim, or more likely by mood, the Liberace-inspired frilly finery and the Van Cliburn-style tragic theatrics (both name-checked, by the way) give Sellers the delicious opportunity to basically impersonate an impostor, so that in moments of tension or anxiety – such as when he frantically suspects the stalking girls are “spies” sent by jealous husbands – his Brooklyn, Bronx, or possibly Queens’ speech patterns hilariously sound through. In its own way, Henry Orient’s entirely self-created “world”, upon which his romantic conquests and professional reputation wholly depends, is not much different than the world the two obsessed young girls create from his publicity.

Kino Lorber’s upcoming DVD release of this film is mainly recommended for keeping this more obscure Peter Sellers movie in circulation on home video. Much improved on the pan-and-scan video transfer that first introduced me to the film on broadcast TV, the anamorphic widescreen presentation of this digital, high-definition re-mastering at least preserves the aspect ratio of its original theatrical release, if not entirely imparting the visual clarity that a Blu-ray quality picture might achieve. Shot on location, the flavorful New York setting of the mid-1960s is, finally, a “world” worth revisiting, and will hopefully be revisited by a higher quality transfer in the future!

The images in this review are used only as a reference to the film and do not reflect the actual image quality of the DVD.