A great cast and some nice moments can’t make Table 19 all that memorable. 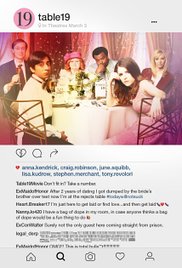 Writers Mark and Jay Duplass, along with director Jeffrey Blitz, have assembled a story that actually has a lot of depth given the single location setting for this comedy/drama (“dramedy”) revolving around an ensemble group of life’s losers who have all been seated at Table 19 at a wedding reception.  Throughout the film, we slowly grow to learn each of these individual’s stories, and their connection to the bride or groom, with each one connecting with each other in a way to impact the other’s lives moving forward.  Despite this great cast and some really fun sequences, this is a film that won’t be remembered.

Eloise McGarry (Anna Kendrick) is the failed maid-of-honor of this wedding.  Having been dumped by the bride’s brother, via a text message, two months before the big day, Eloise has opted to drop out of the wedding altogether, despite having planned much of it, and being the self-described “oldest” friend of the bride, not necessarily the “best” friend of the bride.  Salvaging whatever dignity she can, after ceremonially burning the wedding invite’s RSVP card before sending it in anyway, she elects to show up for the celebrated day to support her friend, even it means having to see her ex-boyfriend Teddy (Wyatt Russell).  She has been assigned to the designated throwaway Table 19.  This is the table, we are told, meant for all of the people who should have known they shouldn’t attend, but should still send a gift off of the registry anyway.

Table 19 as a film, has a lot going for it.  Unfortunately, it loses its way just as all of the storylines are starting to converge together. 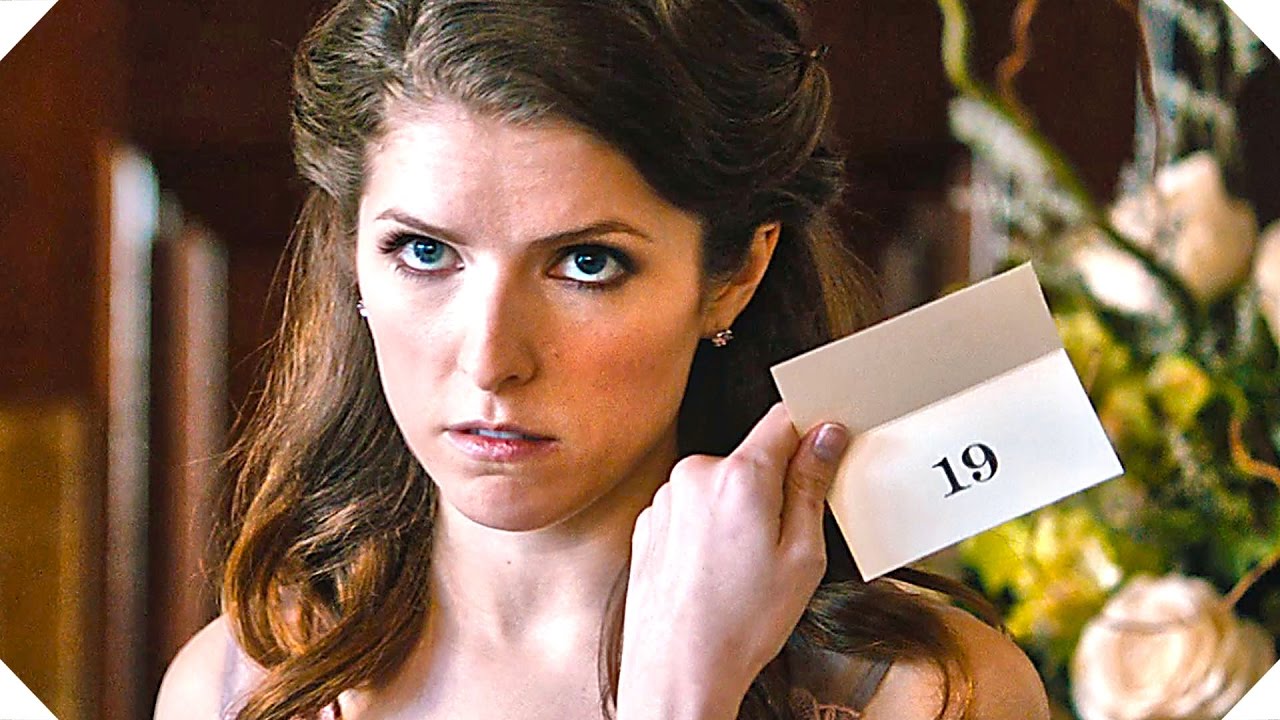 Also seated around the table is husband and wife, Jerry (Craig Robinson) and Bina (Lisa Kudrow) Kepp.  They run a family diner in Ohio, and are prone to heavily barbed insults being slung towards one another under the auspices of being “funny”.  It is clear that there is little love there now, hinting that there was lots of it present in the beginning of their relationship.  Nanny Jo Flanagan (June Squib), also sits at Table 19, recounting tales of when the bride and her brother Teddy were younger, when she was their caretaker.  They are also joined by Renzo Eckberg (Tony Revolori), a sex-obsessed teenager sent to the wedding by his mother because he stood a better chance at a wedding of getting laid than if he went to his junior prom that same night.  Finally, rounding out Table 19 in hilarious fashion is Walter Thimple (Stephen Merchant), who steals every scene he is in, a man who has just been released out of prison for this wedding, but who does not wish anyone to know. 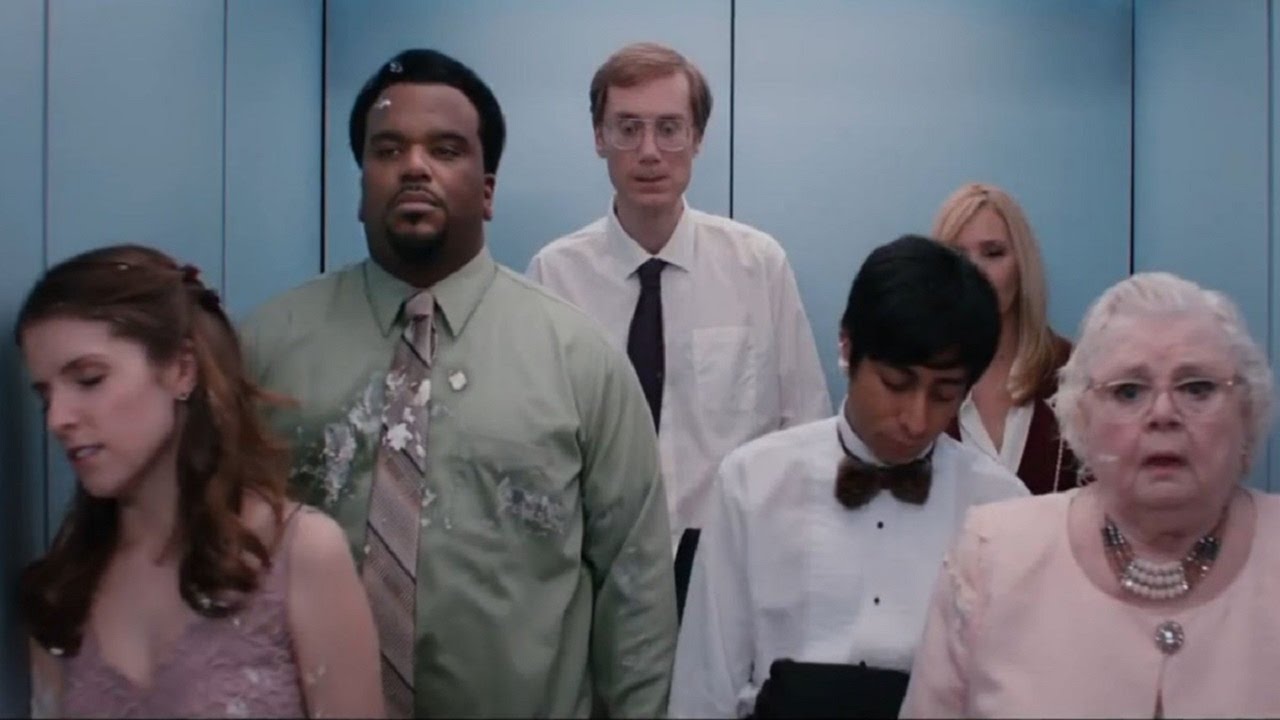 The plot is pretty straight forward, and by restricting the film to the time spent only at the reception, with no flashbacks, etc., helps give it a tight focus that allows it to really work when all cylinders are firing between the cast and the various situational conflicts they each find themselves in.  Some gags work great, such as a reoccurring bit with Bina’s jacket, or the nervous conversations Renzo has with various women he is asking to dance.  Stephen Merchant’s comedic timing is perfect, which makes sense when you remember he is one of the comedic geniuses behind the BBC version of The Office (serving as a producer on the American version), and An Idiot Abroad.  It also stands in stark contrast to his fascinating role in the new Wolverine film, Logan. Kudrow and Robinson are both very strong, as is the hilarious June Squib, who was excellent in the film Nebraska.  Renzo, who was great in The Grand Budapest Hotel, is probably given the weakest character arc of the film, but does much with it anyway.

Table 19 as a film, has a lot going for it.  Unfortunately, it loses its way just as all of the storylines are starting to converge together.  For 2/3rds of the film, we are asked to invest certain emotions into the characters of Teddy and Eloise, before they begin trying to successfully flip the narrative on us.  Table 19 makes the attempt, but it just does not stick the landing.  Wyatt Russell, who plays Teddy, is unable to display any of the charm and humor that made him such an interesting part of Richard Linklater’s Everybody Wants Some!, and Anna Kendrick has settled into playing characters that resemble ones she has played, falling somewhere in between Up In the Air and Pitch Perfect. Frankly, I had a hard time understanding why they were ever together.

The ending of Table 19 is pretty standard for romantic comedies, and thus takes a quirky “dramedy” and neuters it into being a ho hum film that will be missed by most at the theaters. It may happen to be seen later on Netflix, or picked up, on the strength of its cast, in a last minute rental at Redbox, but that’s it.  This is too bad, because this cast, and this very funny premise deserve better.  This is not to say it is a bad movie, but it is one that doesn’t use the comedic talent it has to its fullest potential.  Much of this will fall at the feet of director Jeffrey Blitz, who does not have many feature length films under his belt, but who does demonstrate enough talent to warrant other opportunities.  Its just too bad he didn’t stick the landing here. 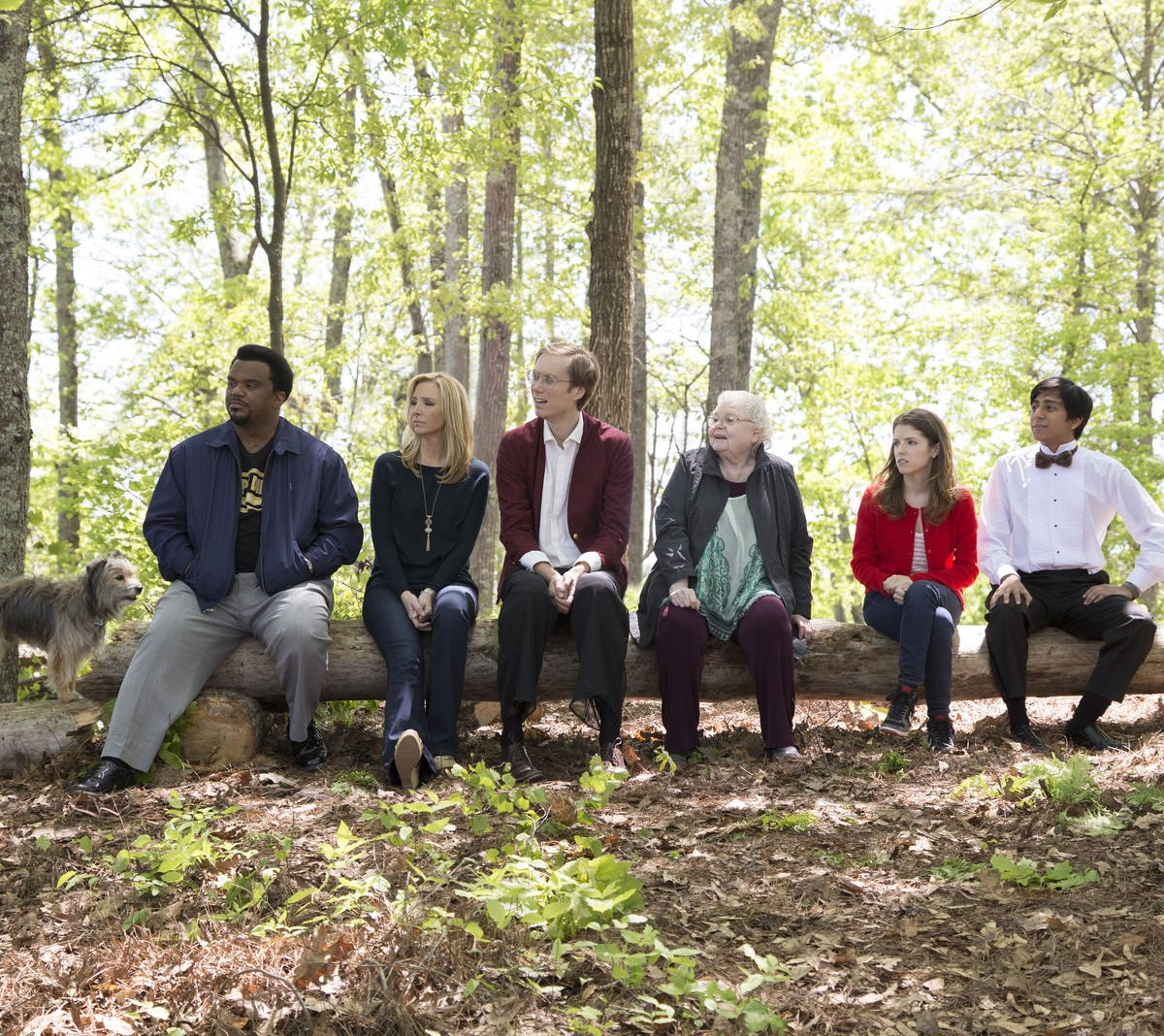