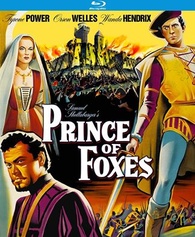 Prince of Foxes was directed by David and Bathsheba’s Henry King, though this film predates the biblical epic by two years.  For this film, based on the novel by Samuel Shellabarger, Henry King would shoot the majority of the film in Italy, where the setting of the story takes place.  Based loosely on the desire of smaller kingdom’s within modern day Italy to conquer one another for one man to control all of Italy, this 1500’s tale features a largely fictional kingdom as a microcosm of this historical fact.  The film, as we are told in the opening credits, seeks to utilize as much of the historical sites as possible, and despite being filmed in black and white, the elegance and beauty of the jewels of Italy shine through.

The cast of Prince of Foxes is a strong one.  Tyrone Power stars as Andrea Orsini, and Orson Welles as Cesare Borgia.  There is also a strong supporting cast of Wanda Hendrix as Camilla Verona, Felix Aylmer as Count Marc Antonio Verona, and Everett Sloane as Mario Belli.

Like any 1940’s era film, everything is done on a grand scale with soaring music and elaborate scenery.  Having each set piece in the midst of the wonders of Italy, particularly Rome and Venice adds to the detail and authenticity Henry King was after. 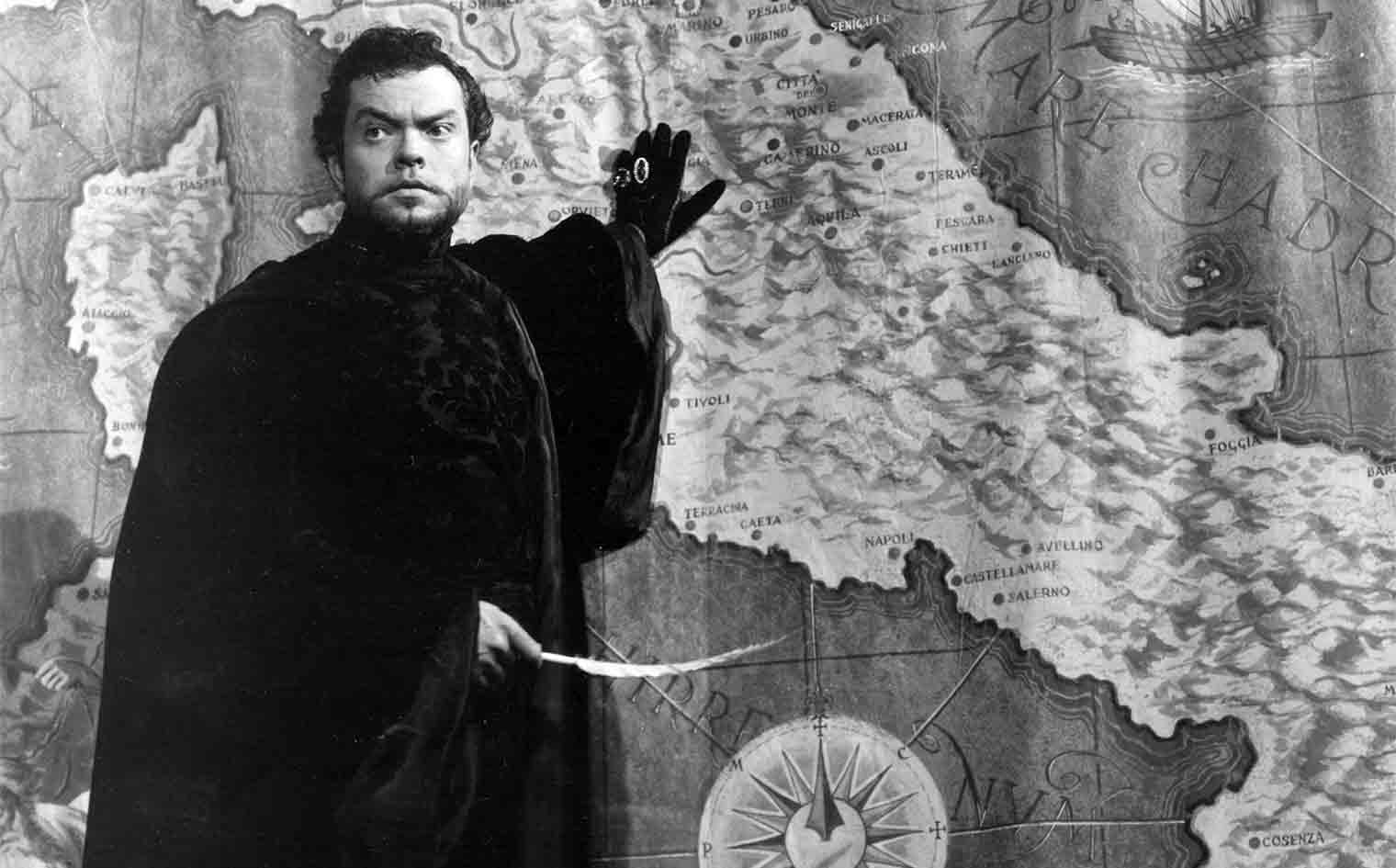 Andrea Orsini is tasked by Cesare Borgia with using the deceit of love to entice Camilla Verona away from her husband Count Marc Antonio Verona to weaken his kingdom so that Cesare Borgia can easily defeat his weakened kingdom in battle.  The reason for the selection of Orsini is that he, like Borgia, is a man who will do anything for gain, even if it means doing things that are compromised morally.  Borgia tells him that women, and what a man will do for a woman is a gauge of a man’s weakness or strength.  With Orsini, there is no weakness.  Despite being engaged to Borgia’s cousin, Orsini has no qualms about being sent on a quest to seduce the count’s beautiful wife, and Borgia has no problem sending him, despite what it would do to his own cousin. 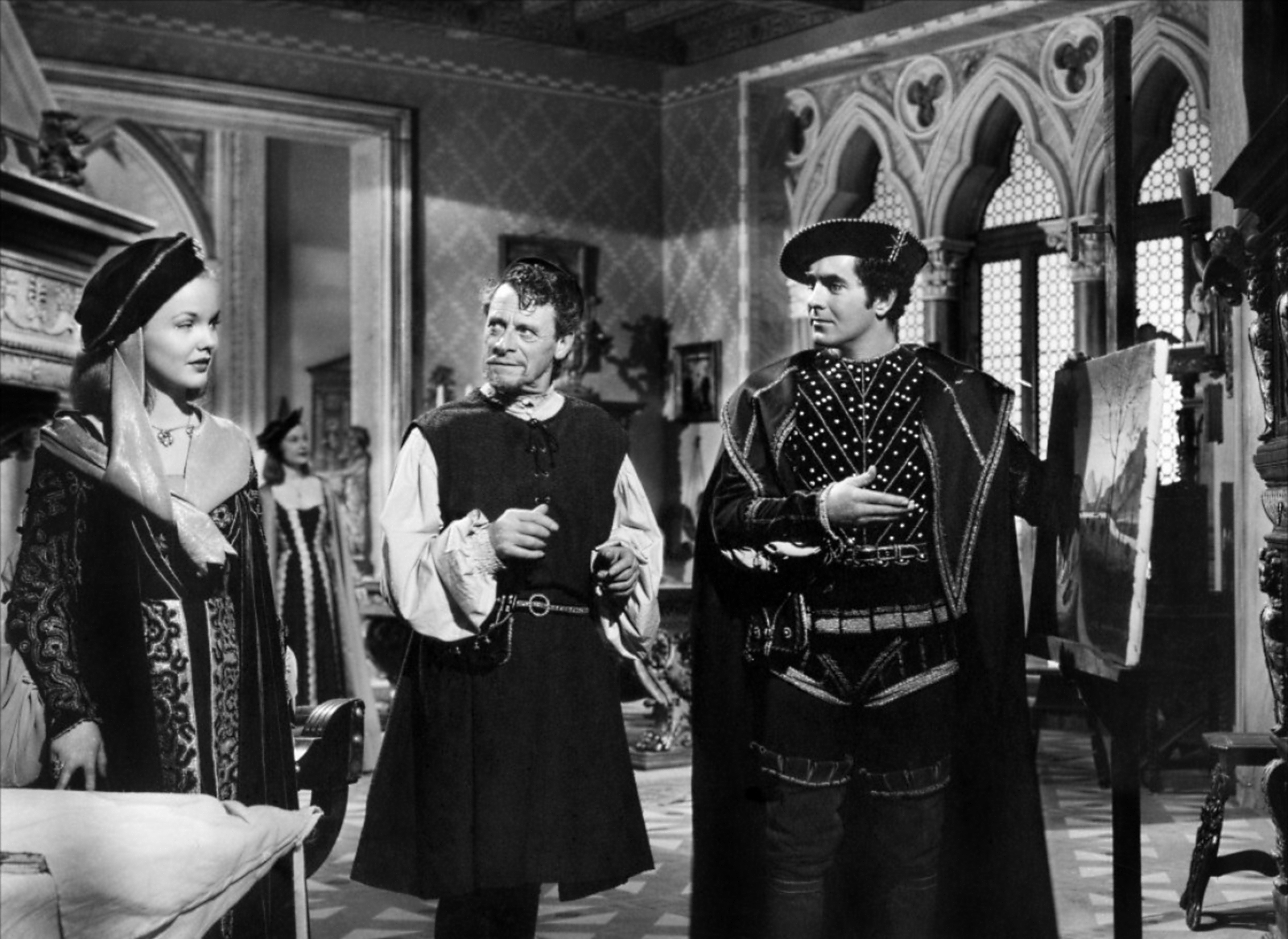 On a previous task, Orsini encounters an assassin named Mario Belli.  Instead of killing him, Orsini secretly employs him, protecting him from those who paid him to assassinate Orsini, but using that leverage to help him in his task of corrupting the kingdom of Count Verona.  Henry King, directs the subtleties of the various plot twists with a soft touch allowing for character development, and more importantly for Orsini to worm his way into the affections of his targets. As he begins to know them, and as he longs for the trust and allegiance he sees in this kingdom, it puts his modus operandi of doing anything for gain in conflict with the type of integrity of character he longs for.  Will he carry out his task from Borgia, or will he defend the kingdom he was commissioned to bring down?  Will Mario Belli, who knows the truth of Orsini’s secrets, bring the whole thing crashing down? 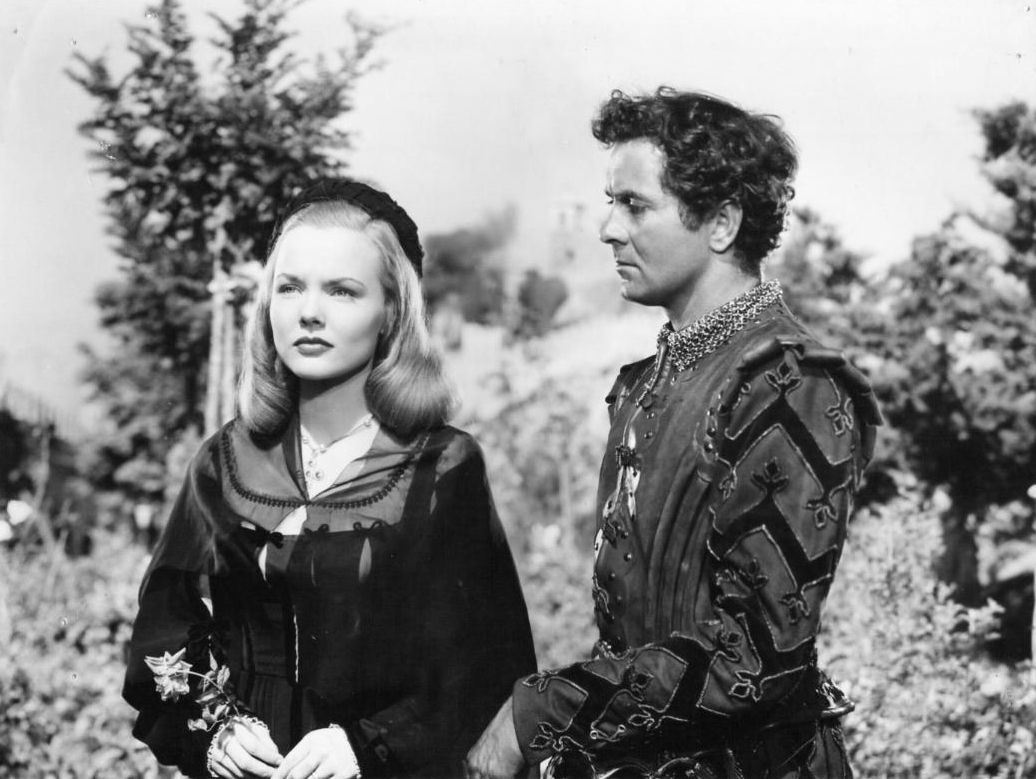 Like any 1940’s era film, everything is done on a grand scale with soaring music and elaborate scenery.  Having each set piece in the midst of the wonders of Italy, particularly Rome and Venice adds to the detail and authenticity Henry King was after.  The actors are cast well, and the story remarkably holds up rather well.  The twists and turns of the plot help make it better suited to be enjoyed by a modern audience that might turn away from some of the more simplistic offerings of the 1940’s.  The star power of Tyrone Powers, who took time after the filming to stay in Europe to get married, and Orson Welles, who had delivered his magnum opus Citizen Cane just 8 years earlier, are worth the viewing of this film alone.

The Blu-Ray release features an historical commentary documenting the importance of the various locations, and the pointing out of many famous Italian actors who are not given screen credits in what amounts to a very low key opening and closing credits for that time in film.  There is also a Spanish trailer of the film and trailers for other Kino Lorber Studio Classics titles.  A nice bit of history that accompanies this Blu-Ray release is a series of MovieTone News reels that would have been shown before films played in the cinema related to Tyrone Powers’ wedding announcement, as well as coverage of the film premier of Prince of Foxes in New York. 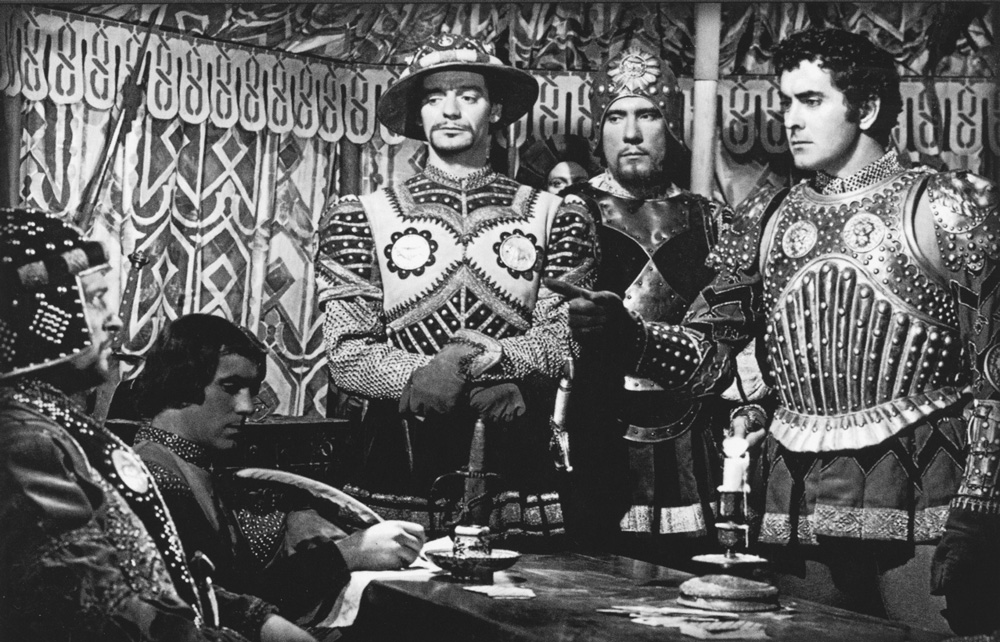