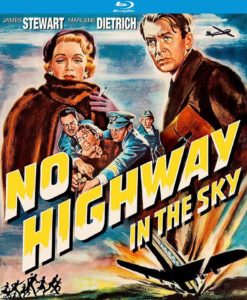 Director Henry Koster gets Jimmy Stewart to go against type for the second time in two years, seemingly bent on changing the beloved actor’s persona forever. Earlier, in Koster’s Harvey (1950), Stewart plays a hopeless drunk whose best friend is an invisible 6-foot rabbit, and here Stewart is a crackpot hermit whose mathematical calculations prompt his attempt to rescue a plane he thinks is doomed to lose its tail in mid-flight. It’s the kind of role actors must leap for, the chance to play someone reclusive, timid, highly intelligent but swimming in anxiety – the kind of role that recedes all the way back into its own kind of showiness. So it’s the recoiling Jimmy we get, unsure what to do with a guest in his home, happier to quote a paragraph of numerical jargon than to offer a cup of tea, unaware of the unnaturally cloistered life he’s forcing upon his equally intelligent young daughter. Stewart can’t help but give his character life beyond these absent-minded tropes, but the end result is still one that never quite lets you in as you’d expect from virtually any other Stewart character. He plays up funny bits of physical awkwardness and interjects that patented brand of earnest panic we’ve seen many times, but the warm identification this usually generates evaporates in the heat of a story that requires you to wait for a major disaster to vindicate his desperate prescience. This, along with a sense that Stewart is, as he was in Harvey, generally perceived by many in the film to be a borderline deranged nuisance, and you have all the clues you need for the mystery of why you’ve never heard of the movie. 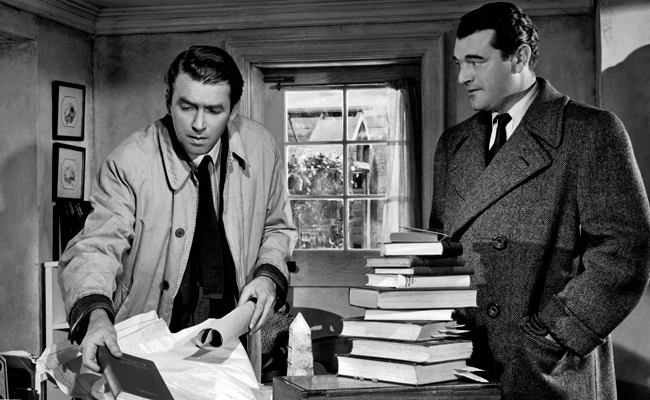 All of which makes me cringe at myself when hearing Koster’s son, Bob, say on the commentary track (with TCM film historian Jeremy Arnold) that the film was among old Henry’s favorites. To that perspective, there are undoubtedly things to recommend it. Parts of the movie should be played on the first day of any math class, as it dramatizes unto sexiness the banal aspects of that science, showing a man so devoted to the precision at its core that he’s willing to stake his career and life on it. No less precise is the performance of Janette Scott as Stewart’s 12-year-old daughter. She gets one major scene, then mostly hangs around in the background of Stewart’s home, her weighted presence acting as ballast to his alternately distracted and overly-focused mind, while also projecting an unspoken sadness inherent in a child who’s the only contributing adult in the room. Meanwhile, Marlene Dietrich essentially plays herself as a movie star/airplane passenger, relegated often to audience surrogate as Stewart goes over the minutia of the plane’s immanent doom, but she and Stewart have one notable scene: he tells Dietrich one of her movies gave his dying wife her last good night on earth. It’s a touching moment that could be taken as a meta-style pat on the back to both their careers, if it weren’t that these are two class acts who are brilliant at deflecting to one another, thus deflecting the self-aggrandizement at the deep root of the moment. 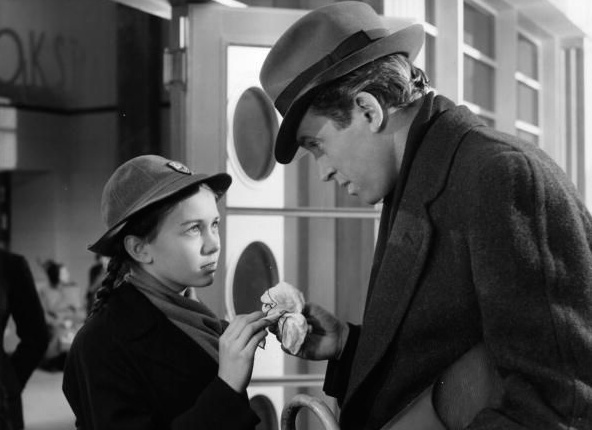 You could view the film as possibly the first broad stroke in the nascent disaster movie sub-genre. All the elements are there: brainy hero who’s the only one who can save the doomed airplane/ocean liner/skyscraper/football stadium; famous aging actor – Dietrich – as trapped potential victim of tragedy; panel of bureaucrats that must be convinced of looming doom before they give the go-ahead at the last possible minute; and, of course, bad special effects. But it never goes full Airport, a fact possibly owing to the complete Britishness of the production – made across the pond, Stewart’s the only Yank in a hangar full of tut-tutting character actors, having the unfortunate effect of grounding the Hollywood-style plot points with debilitating restraint. Where a later disaster movie might’ve kept us on the doomed plane for most of the movie, here we have about an act’s worth of actual in-flight tension, with the rest of the story covering the investigation of a plane that crashed before the beginning of the movie. It’s this lack of action-movie catharsis (we’ve all been trained by the ’80s) that makes the entire enterprise, despite a compelling premise and energetic performances, finally seem like a two-hour layover in Des Moines, and it’ll take more than Stewart’s experimental variation on a theme to distract us from the fact that his metallurgical testing of the plane’s tail somehow missed the anti-climax waiting at the structural end of the movie. When it falls away with an oddly-placed, strangely-comic realization, we’re left to wonder what the pilot was thinking.