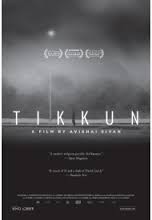 The word “tikkun” is a Hebrew word meaning “fixing”, or “correction”.  This can be applied to the world in general, or for ethical activism.  It also has more sacred meanings in that it is a portion of Torah scroll text that is used to chant portions of the sacred text.  In Kabbalah, it is the second stage of existence once the initial one collapses.  In this film, Tikkun, it is a little bit of all three.

Haim-Aaron (Aharon Traitel) is a devout orthodox Jew studying at the Yeshiva.  His father (Khalifa Natour) is a rabbi and a butcher who slaughters the beef and makes sure that it is done according to the strict kosher requirements.  It is in this strict and rigid orthodox tradition that he raises his children, including Haim-Aaron.

The premise of the film is set up when Haim-Aaron falls asleep while studying at the Yeshiva.  Upon abruptly waking up, he knocks over his tallit bag, which of course holds the sacred scrolls.  Feeling guilt, he seeks to fast as a means to make amends to G-d.  Over time, he becomes very weak, and passes out after cutting his hand.  Even his friends implore him to eat.  He does, hiding in the shadows where he eats in the dark until he sees a young woman at the top of the stairs.  Startled he flees.

Once at home, Haim-Aaron seeks to bathe in the shower where the water shuts off.  He is aroused but before acting on it, the scolding water turns on in force, knocking him down (in his weakened state) causing him to strike his head on the tub.  His parents, call the paramedics but after 40 minutes they are unable to revive him.  They begin to call for a police officer to come and provide the time of death when Haim-Aaron’s father begins to desperately begin giving him CPR.  His son’s pulse has returned, but once he returns home from his stay in the hospital, something has changed.

The rest of the film plays out as we watch Haim-Aaron slowly slip away from the life he was pursuing and instead is obsessed with anything and everything else.  He finds joy in hitchhiking to Tel Aviv to go to the beach, or sitting in the sun, which his mother finds immodest (despite still wearing the traditional orthodox attire (only with sleeves rolled up).  He runs back and forth in his room, and most of all, his desire and curiousity towards women continues to be heightened.  The rabbis at the Yeshiva have grown weary of his attitude, and warn him of falling into an abyss that comes from not loving G-d, despite Haim-Aaron’s continued declarations that he loves G-d.

Haim-Aaron’s father, however, is having a different crises.  Ever since helping his son revive, he begins to have visions that involve him killing his son with one of his butcher knives.  He also sees a vision of an alligator coming out of the toilet to tell him that his interference with death made him guilty against G-d who appoints the time of death for each individual.  He essentially wrestled his son back from death, and thus is guilty for his son’s transgressions.

Director Avishai Sivan uses this story as a takedown of rigid religious systems.  In many ways, Haim-Aaron’s transition from committed Yeshiva student to disinterest is a meaning much more in line with the Kabbalah interpretation that I mentioned earlier.  He is losing his initial existence, for a much more meaningful one.  He is in this way being “fixed”, or tikkun, while his father’s clinging to his rigid faith is the initial existence that is fading away.  The fact that this existential crises began by dropping the tikkun, or portions of Torah, only drive home the point. 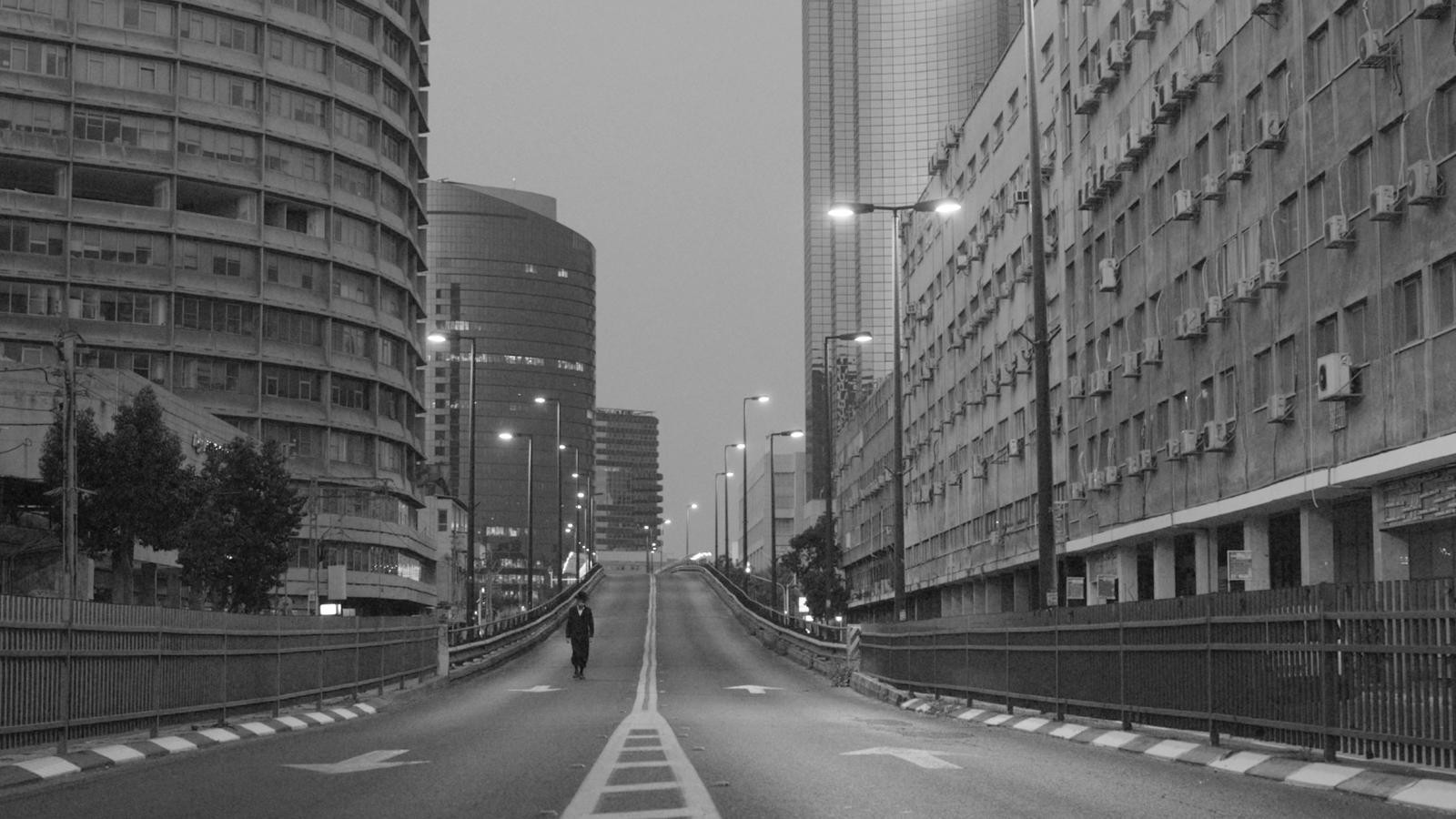 The story is filmed in black and white and effectively so.  The character arcs involve a black and white view of the world, with the increasingly blurring of these two polar extreme views so that much is now grey.  The color choice is thus an effective one.  Avishai Sivan also knows how to leave the camera lingering on the slow and meticulous scenes, long after they should, to help you feel the slow transition from one existence to another, for each of these characters.

Very little background noise is heard in each scene, as there is a noteable absence of a film score, letting the awkward silence fill the vacuum.  This may be jarring to some viewers who rely on such devices to help move the story forward.  This film is a long crawl, culminating in a very disturbing climatic encounter between Haim-Aaron and a woman, before it ultimately seals his fate. Tikkun is compelling, but it will not appeal to everyone.

Tikkun’s blu-ray release contains very few extras.  It has a trailer only, and it offers 2 options for sound.  The film is in Hebrew and Yiddish, with optional English subtitles.