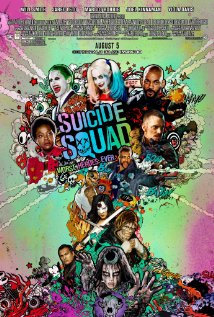 Superman scared everyone. The Last Son of Krypton frightened Batman so much that they had an all-out fight with everything including a kitchen sink. Supes disturbed the government so much that they came up with a plan to counter anyone with such power: Task Force X.

The brainchild of imposing, unsmiling Government agent Amanda Waller (Viola Davis), Task Force X is comprised of meta-human villains. Waller recruits her team from Belle Reve prison with a promise of time off their sentences and the extra incentive of bombs placed in their throats that she’ll detonate if they disobey.

Let’s meet our team of undesirables!

*Floyd Lawton A.K.A. Deadshot (Will Smith): A hit man who never misses.

*Waylon Jones A.K.A Killer Croc (Adewale Akinnuoye-Agbaje): A strong guy who looks like a crocodile.

*Christopher Weiss A.K.A. Slipknot (Adam Beach): A guy who probably named himself after the band. 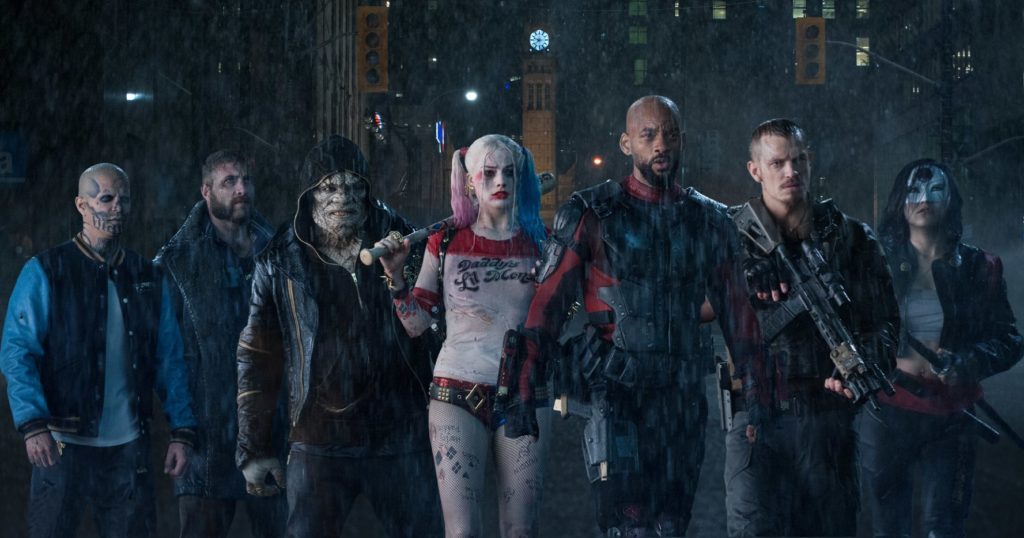 This movie could have been called INTRODUCING THE SUICIDE SQUAD as there are a lot of characters to introduce and the movie keeps doing it over and over. Hey, this is Deadshot. He can’t miss. Hey, remember Deadshot? He can’t miss!

Waller puts soldier Rick Flagg (Joel Kinnaman) in charge of the team, with the added help of bodyguard Katana (Karen Fukuhara), a warrior who’s husband’s soul is encased in the blade of her sword. Hey, it happens.

Flagg is in a secret relationship with Dr. June Moone (Cara Delevingne), an archaeologist who happens to be possessed by an ancient entity known as the Enchantress. She enlists the help of her brother Incubus (Alain Chanoine), and together they wreak CGI havoc on the world. She talks about raising an army, but why? Enchantress is a visually striking villain but her end game isn’t entirely clear. Still, it’s up to Task Force X to stop the Enchantress from doing whatever it is she wants to do.

The Joker (Jared Leto) is not a part of the Suicide Squad. He’s focused on rescuing Harley from them. Leto plays Mr. J as a highly sexual mob boss, something of a cross between Scarface’s Tony Montana and Alien from Spring Breakers. It’s delightfully unlike any Joker we’ve seen before.

I’d love to see more of Jared and Margot together, and it feels like there was a whole Joker/Harley movie that was shot and then edited in to this movie. 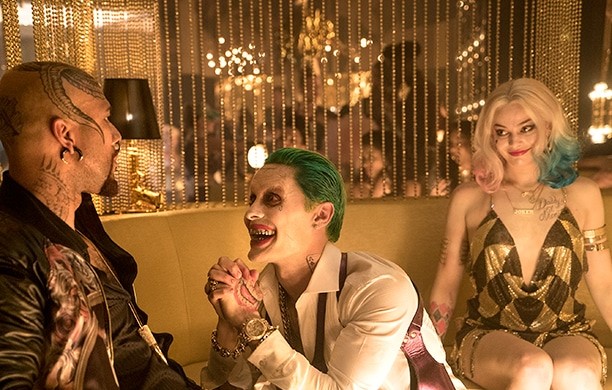 Director David Ayer is known for his gritty movies such as End of Watch and Fury, and while Suicide Squad has a gritty moments, overall the movie plays like a giant piece of pop art, gleefully over-the-top like a neon sign in Vegas.

It’s evident Ayer is most interested in El Diablo, the character with the best arc in the film. Even under a face full of make up, Jay Hernandez brings Diablo to life with pathos and heart.

Viola Davis may not look like the Amanda Waller of the comic books, but she has all the no-nonsense swagger of the character that isn’t afraid to stand up to any superhero (or villain).

I can’t believe I’m saying this, but the film’s secret weapon may be Jai Courtney. Usually bland, it turns out Jai just needed the right part, and that part is Captain Boomerang. He’s very funny being completely comfortable with being bad. 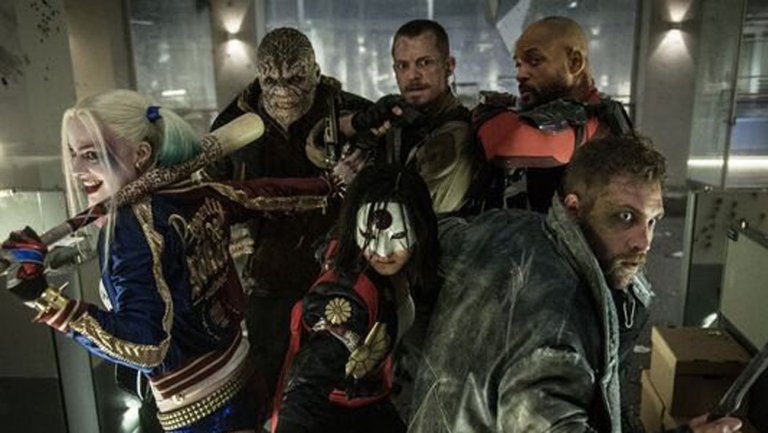 Suicide Squad is full of imagery I never thought I would see on the big screen, from Belle Reve prison to Arkham Asylum, to The Joker and Harley dancing together in a scene lifted straight out of a panel from the comic books.

After such a fun set up, the end of Suicide Squad is quite a let down, culminating with another nondescript beam of light in the sky and faceless hoards for our protagonists to defeat. We’ve seen this ending tacked on to many comic book films and it’s a shame to see a movie with such personality become more normal at its conclusion.

The fun characters and good performances outweigh Suicide Squad’s editing and pacing issues. There was obviously a lot left on the cutting room floor and I hope we see it someday.

If you enjoy this movie even a little bit, I encourage you to read John Ostrander’s original run of Suicide Squad comics, as well as Gail Simone’s pre-New 52 run. You’ll find yourself rooting for the devil to escape heaven.