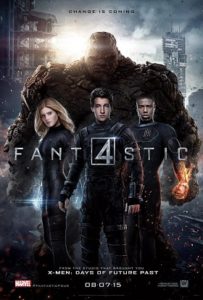 Fantastic Four has a lot of obstacles going against it.  The largest, and most obvious is that this is a superhero film that very few people wanted a reboot for.  Following the terrible 2 films from a few years ago that offered a jumbled mess of bad casting, cheesy dialogue, and uneven stories against a backdrop of the grittier, more realistic Christopher Nolan version of Batman. This contrast with Batman made those Fantastic Four films looked dated as soon as they came out.   Add to that the Robert Downey, Jr.’s hipster Tony Stark who was lots of fun, and the burgeoning Marvel Comic Universe being developed with architect Kevin Fiege at Marvel Studios, and they simply looked like 20th Century Fox’s failed attempt to out-marvel Marvel with a Marvel property they controlled that wasn’t named X-Men.

The first two films landed with a resounding thud that left a deeper crater than Ben Grimm skydiving from an airplane without a parachute.  Comic fans, however, have much love for this original Marvel series and saw that the potential of this story had been utterly wasted.  20th Century Fox knew that they had mishandled this property and were eager to get it back off the ground.  Seeing the Spider-Man reboot over at Sony, with another Marvel property not under the Marvel Studios umbrella, may have given them hope.  And so a reboot was planned.

This new version had to learn the lessons of its previous incarnation’s failures. They went after a director who had handled a teen superhero origin story.  They found Josh Trank, who found some traction with his film Chronicle.  In that film, teens who found themselves with powers had to learn to deal with this sudden change and look to each other if they were to get through it.  Kinda sounds a lot like this Fantastic Four. 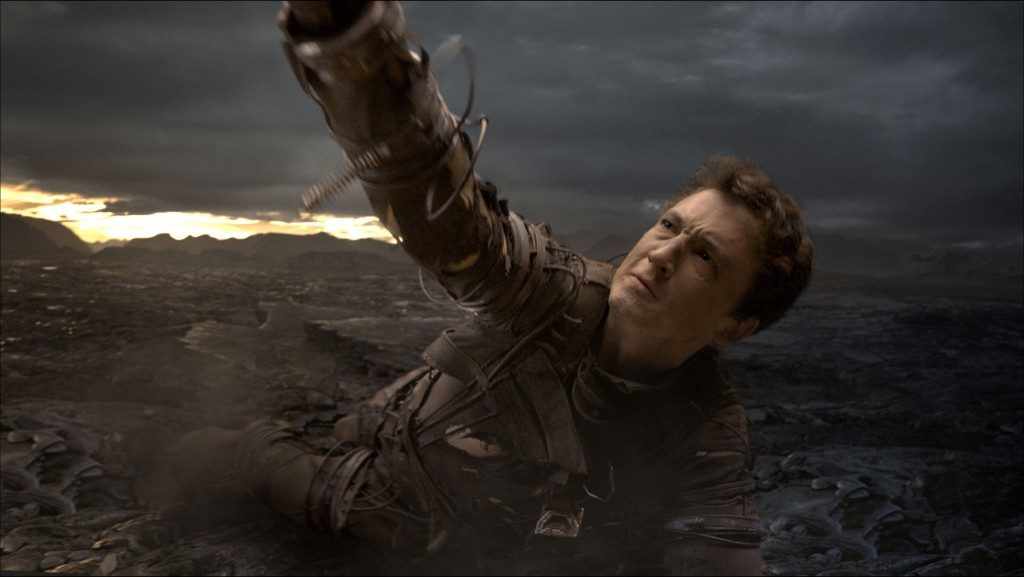 Here, four scientists, and a best friend, who encounter some sort of energy in an alternate dimension, find themselves endowed with powers that they must learn to use.  Trank recruited Michael B. Jordan (Fruitvale Station, Creed) from Chronicle to take on the role of Johnny Storm, a.k.a. the Human Torch. He and his sister Sue Storm (Kate Mara-Shooter) have been adopted by Dr. Franklin Storm (Reg E. Cathey-Se7en, American Psycho) who runs an elite scientific school on the cutting edge of research.  Johnny is more of a rebel wanting nothing of his adopted father’s world, while Sue loves science and is devoted to the cause.

They recruit brilliant outcast Reed Richards (Miles Teller-Whiplash, Insurgent) to help them complete a project after they discover he has built a teleportation device that they need to get to the alternate dimension they have discovered.  The discovery and initial work on the device was headed up by Victor Von Doom (Toby Kebbell-Dawn of the Planet of the Apes) who is a troubled young man obsessed with Sue but who is angry at the world.  Together they form a team working on this project.

The story works very well for the first 1/3 of the film.  The character development is natural and unforced and there is a clear sense of what this young team is working towards.  Especially effective is the grade school through high school friendship between Reed Richards and Ben Grimm (Jamie Bell-Turn, Snowpiercer).  Though Ben is not recruited to the school, he continues to cheer on his friend Richard as they succeed in building a working teleportation device that was like the model version he had helped build with Reed in high school.

The problem with this film comes once the conflict is introduced.  The problem facing this team isn’t an outside force where their exposure to this energy has created powers they can use to protect the world.  The problem is one of their making following a drunken celebration. Then their powers are simply manipulated by others to fight various battles until Victor Von Doom re-emerges from the dimension where this energy is from ready to destroy our world to protect the new one.  Huh?

Another troubling aspect is the lack of humor in this film.  The earlier two versions of Fantastic Four had forced humor that never really landed.  To solve that problem, they’ve decided that for this film, Christopher Nolan’s darker vision is the way to go.  What they forget is that Nolan actually had wonderfully smart humor throughout the latest Dark Knight Trilogy.  When Miles Teller is unable to utter a single smart-alec remark throughout the film, you’re in trouble.  And there is nothing in this film to endear you to the characters beyond the first 30 minutes, other than the strength of the cast themselves.  This is a young cast, but they do not know how to have fun.The film skips an entire year from when they first get their powers to a time when they are simply using them for military strikes.  We don’t see the struggle of adapting to them or bonding as a new team.  The character development of the first part of the film digresses into a standard action film devoid of any heart.  Dr. Doom’s anger is never explained other than he’s really, really angry and maybe an environmental message of how we are destroying our planet anyway so he might as well do it for us.  Nothing about the self-imposed reason why they had an accident that led to these powers.  Just anger because he’s the baddie and he’s got to be evil, but its never explained.  Personal responsibility for the accident that led to their powers is never addressed by anyone.  It just exists because it has to.  The character development of the early part of the film is wasted. 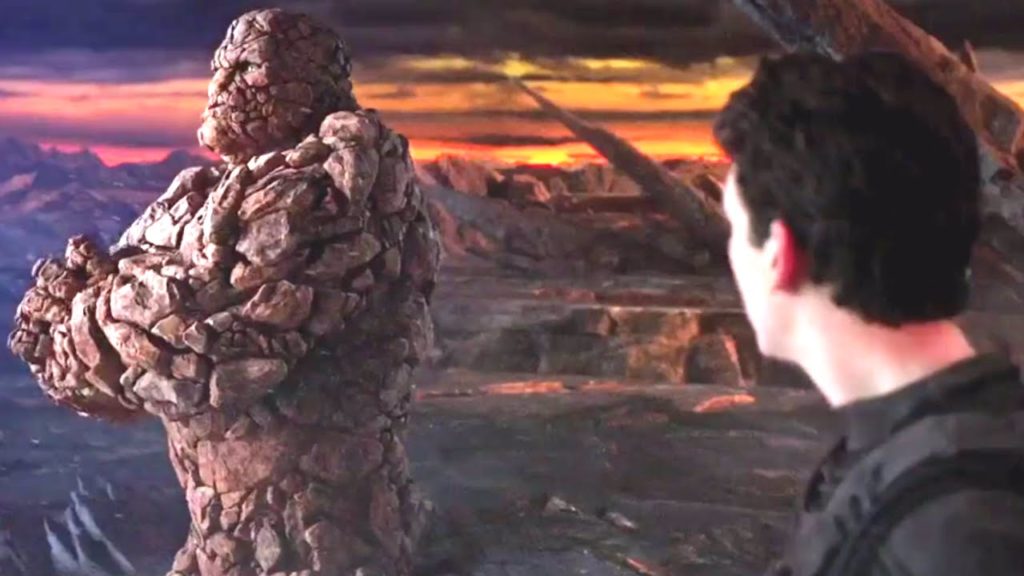 The film, at its climax, lands in a largely desolate place with a giant crater at the center of it.  There couldn’t be a more apt description of this film’s resonance on the audience.  That being said, I like the cast and the roles they played.  I am willing to see another version of this (which is already announced) series, but I share the sentiment of another reviewer who when leaving the theater lamented “I guess we’ll never get a good Fantastic Four or Hulk movie”.  Maybe, like Sony, 20th Century Fox will let Fantastic Four finally go back to Marvel Studios and see if they can save their flagship property.  So far, the past few decades of film versions have been unable to do so.  This one won’t stop that trend. Welcome to the new “Fantastic Bore”.