A POEM IS A NAKED PERSON – Film Review 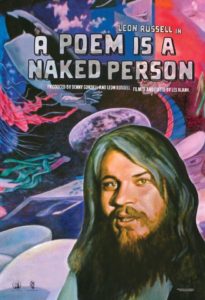 Although I watched the whole of A Poem is a Naked Person, I have no recollection of of that phrase being uttered. Which is unexpected, considering it’s an oddly specific phrase.

The keyword here is “unexpected”. As a piece of work, a time capsule, an unearthed rock doc, and whatever other capacities come to mind, A Poem is a Naked Person is all around unexpected. Shot in 1974, and essentially supressed since then, it’s unexpected that we have it at all. And, in true Les Blank fashion, it’s unexpected in its filmic grammar. There’s a controlled unhinged arbitrariness about its editing, about its structure, even about its narrative priorities.

This is, after all, supposed to be a documentary about the great singer/songwriter/studio musician Leon Russell. And while Russell is indeed in it a lot, the movie has a tendency to just forget about him, as Blank gets easily diverted by other musicians, artists, true-life oddities, and local color. And, it’s crazy wonderful. Would we expect any less from Les?

In our current lopsided 2015 filmmaking culture where the first question a documentary maker must ask is, “Who can I get for the animation?”, new vintage Blank is a very welcome throwback. His attention span may be as short as any twenty something director of today, and his happenstance inclusion of members of his own crew and equipment may be (incorrectly) considered sloppy, but within Blank’s magnetic freewheeling spirit there is a true cinema stylist crafting his depictions of reality with utmost meta honesty. And fun.

I’ve yet to find a Les Blank film that isn’t a celebration. A celebration of life and humanity in all it’s foibles.

(For more, check out the amazing Les Blank collection from the Criterion, Always for Pleasure.) In so doing, Blank includes the footage any other documentarian would toss (passersbys hamming it up to the camera, chaotic in-room shenanigans derailing interviews and recording sessions), and doesn’t include what those others would consider vital elements (no upfront explanation of why Russell “matters”, nor any chronological trailing of his career thus far, nor analyzed footprint of his influence and talent).

At one point, Russell, performing at some sort of festival, tosses off a version of his brilliant “A Song For You” as though he’s already bored with one of the greatest love songs ever written. No less magnetic though, the fresh faced, long haired musician captivates almost in spite of himself.

He’s shown as having a way of meandering during concerts, almost hanging out on stage, setting down a plate of food on the piano just long enough to sing whatever song strikes his fancy. (“How about something from the Hank Williams catalog?” Or was it Hank Wilson…?). Sometimes, he stands on the piano. Sometimes, it’s not him at all, as we’re also treated to a young Willie Nelson, George Jones, Eric Anderson, and more. This loose sense of self is why Leon Russell and Les Blank go so well together.

Despite that, there is said to have been tumultuous history between the two, as apparently Russell is only now relenting on seeing this film released to the world proper. Perhaps though, that’s not accurate. Like any of the “facts” kicking around in the DNA of A Poem is a Naked Person, this too is sketchy at a glance. But, it doesn’t really matter, as the movie is here now, in all of its wild-hared spirit and yesteryear charm captured by the world’s most giddy fly on the wall. (In a random moment, the fly is almost crushed: While Blank is covering a parachute demonstration for some reason, one moment we hear “Les, look out!!!” Then, wallop! Down goes the camera. That’s the first two seconds of the sequence.) 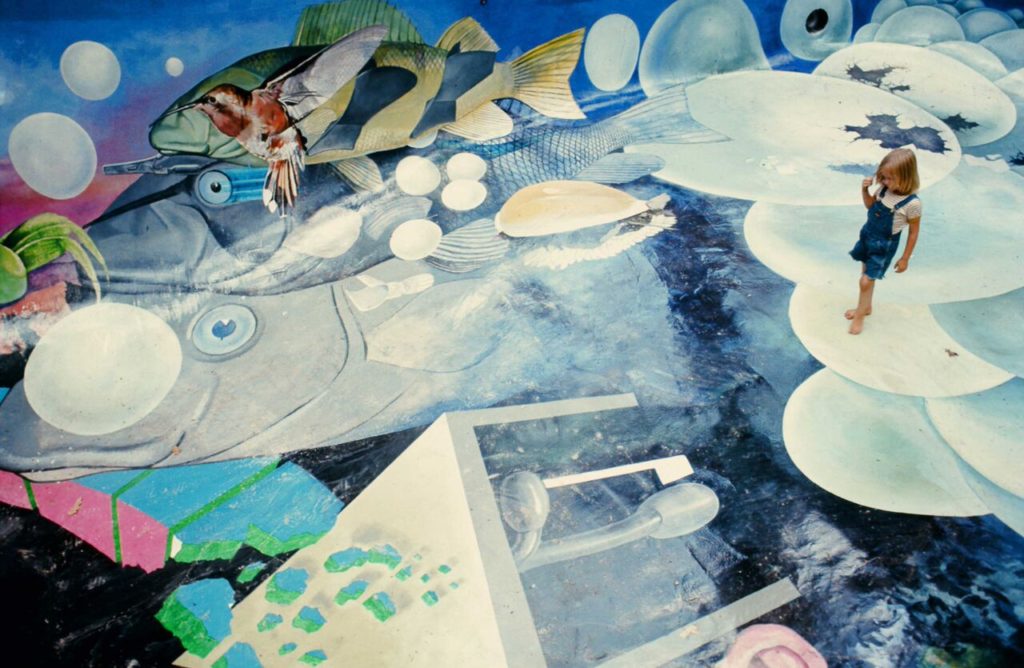 Stocked with great music, candid moments, and plenty out-of-left-field “texture”, such as long moments spent on sunrises and a skilled mural artist doing something psychodelic with Russell’s empty in-ground pool, or a snake slowly devouring its prey in close-up (unsettling, yes, but it’s what snakes do…!), A Poem is a Naked Person is all of the above, poetic, naked, and personal. It does so in its own way, in its own vibe. We witness art within art within art. And the life that’s all around it. Russell and Blank perhaps didn’t always see eye to eye, but they were nevertheless two of a kind. Even in 1974, they’d both seen so many things in their lives and times. This treasure of a film presents a glimpse of those things, in ways both unexpected and expectedly odd, celebratory, and stripped of convention.