“There Once Was a Note, Pure and Easy…”, and It’s Found In This Musical Documentary 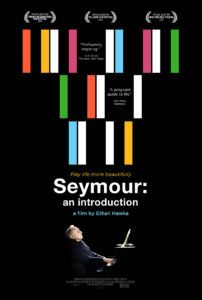 It started at a dinner party.

Ethan Hawke (Before Midnight, Training Day) was attending a dinner party with some friends when he was introduced to Seymour Bernstein.  It was this encounter that inspired Hawke to step behind the camera and introduce the world to this classically trained pianist, teacher, and philosopher whose words and passions obviously made an impact on the actor.  Hawke believes that he will make an impact on us all.

Seymour: An Introduction, is just that.  An introduction to man few might have heard of, but should have. Now in his 80’s, Bernstein is hardly known to the general public, but at one time he was a rising star.  Having trained in Europe, and hailing from New York, Bernstein was recording and touring and earning rave reviews, but at the age of 50, he walked away from it all. 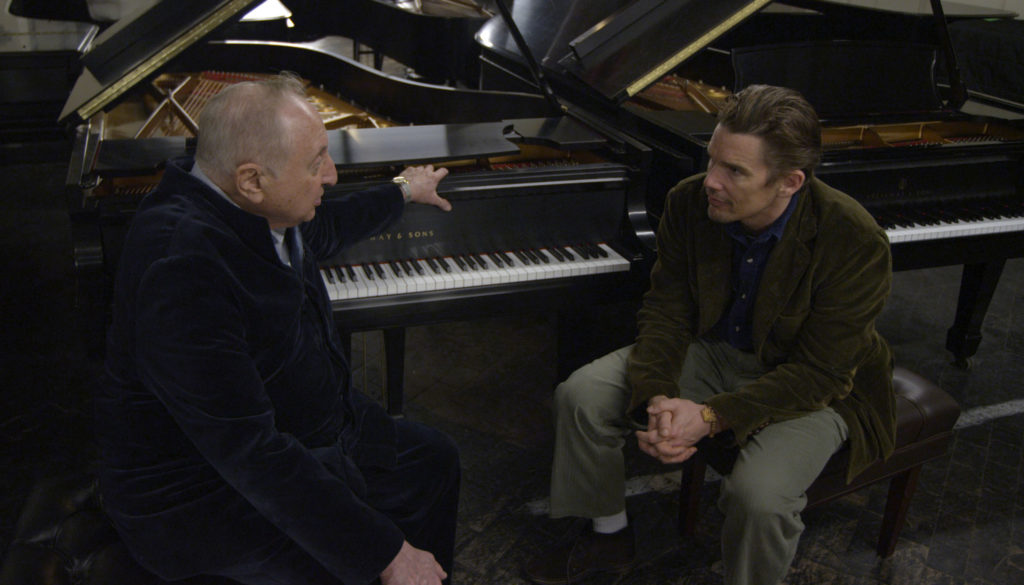 Hawke’s documentary chronicles the story of Seymour Bernstein through the eyes, words, and music of the man himself.  He is a man that is ultimately fascinating and this documentary is engaging and carried solely on the charisma of Bernstein himself.  Hawke couldn’t have had an easier subject to film, because as soon as the cameras are rolling, Bernstein simply takes over.

Hawke’s story, of his introduction to Bernstein, is spread out amongst the film as he recounts a moment in his life where he was wrestling with the desire to continue to excel at his craft while rejecting the falsehood of fame.  He found a kindred spirit in Bernstein, who was so transfixed by the music he loved and played, but who suffered from stage fright and who had no desire for the trivialities of celebrity that distracted from the pure emotion and power of the notes that emitted from his Steinway. 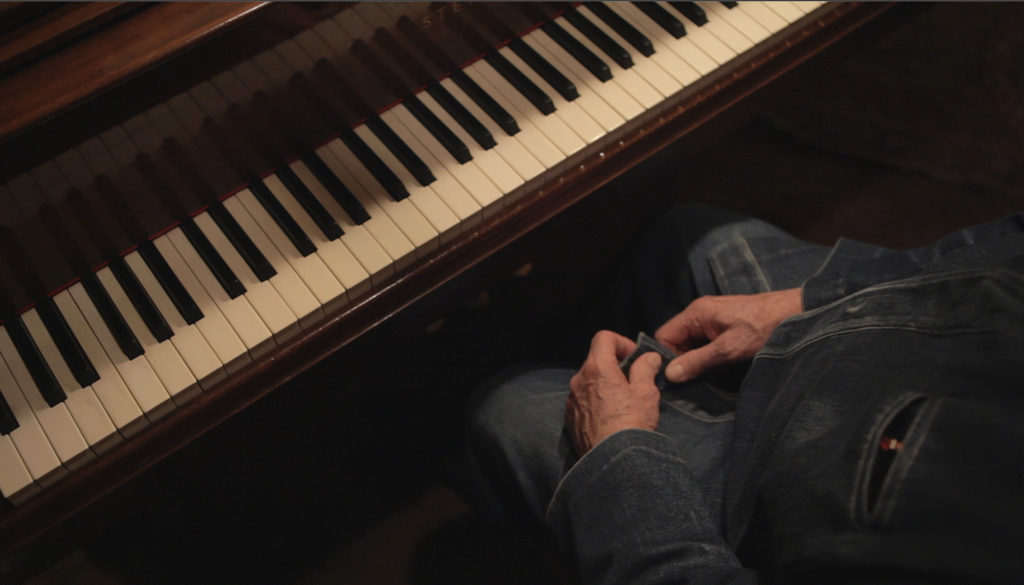 So Bernstein walked away from it all in the most poetic way possible.  He booked a show but never told his final audience that it was his final performance.  He simply walked away and never played live again.

For the past 30 years or so, Bernstein has stayed holed up in his one room flat teaching piano to students.  His students include scientists, professional musicians, and even a writer for The New Yorker, Hawke lets several of Bernstein’s students share their experiences of their teacher that lead to very intimate portrayals of a man who may have had a larger impact on the musical world through his unnoticed teaching than he ever would have had as a world renowned concert performer. 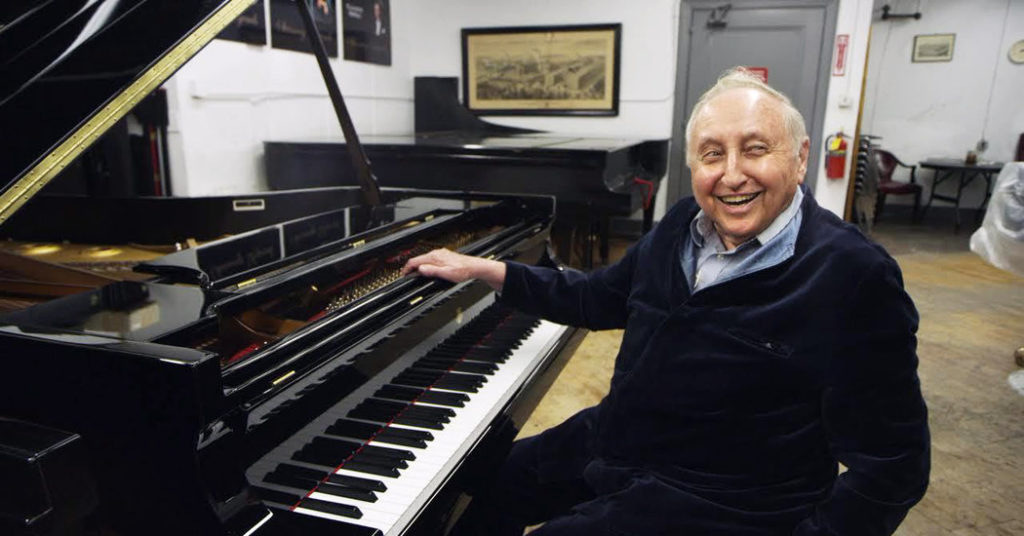 As Bernstein’s hands play different shades of many classic pieces, he is allowed to wax poetic on such subjects as the meaning of life, the power of music, and what he thinks really matters in life.  Towards the end of the film, Hawke simply rolls the cameras and allows us to simply enjoy the playing of Bernstein as he takes a piece of music, that normally is played in quieted tones, and brings it crashing down upon us.

The Who once sang “There once was a note, pure and easy, playing so free like a breathe rippling by. The note is eternal, I hear it, it sees me, forever we blend, forever we die”. (from the song Pure and Easy by The Who).  This perfectly encapsulates the experience we have as we are introduced to Seymour Bernstein.  Though he is a Jew, his faith is tied more to the sense of the eternal that he feels when the perfect piece of music is played out purely, and less to any organized religion. 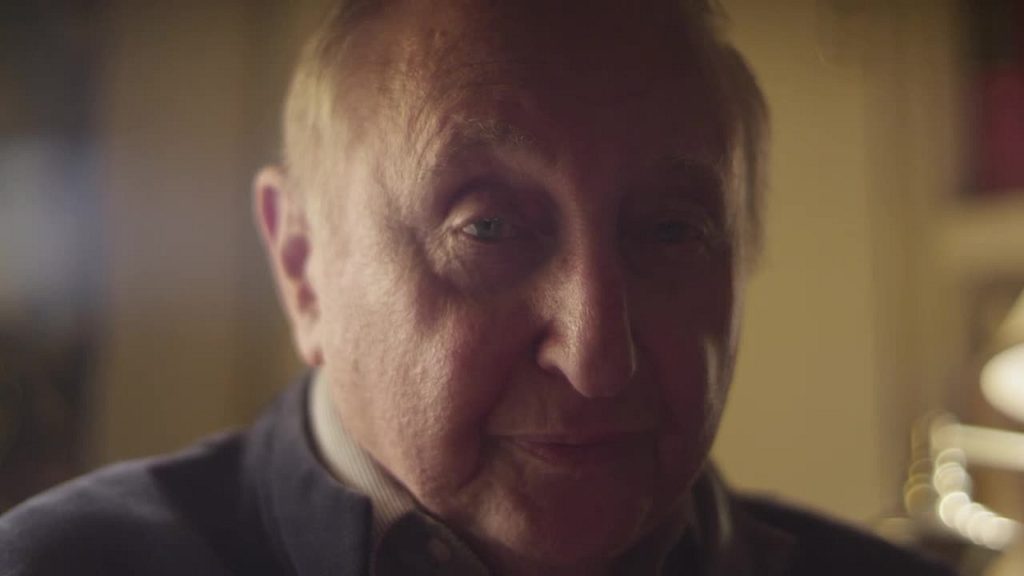 Through his experience with Bernstein, Hawke seems to have found a mentor figure that can help him juggle the desire to stay true to the artistic medium one is engaged in, as well as handle the darker side of what inevitably becomes the “business” aspects of it all.  And through his encounter with Ethan Hawke, Seymour Bernstein finds an outlet to perform for an audience after such a long absence from the spotlight.

This time, it seems that he has found the balance he was looking for when he walked away from it all, and like a true teacher is using this moment to not recapture whatever glory might be due him, but to hopefully spark an interest in any potential students who might be watching.  In the end, this is a film that goes down pure and easy.  Seymour: An Introduction makes you wish this was only the first act, with more yet to come.