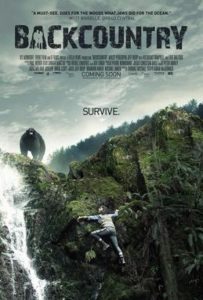 For 40 years, films both large and small have been trying their best to emulate the formula and success of Steven Spielberg’s breakout film, Jaws. In that film, Spielberg adapted Peter Benchley’s book to the big screen.  It told the tale of a small town that lives in fear of a great white shark that is swimming and killing people just off shore.

In Jaws, Spielberg took the natural fear that people have of sharks and used it to string the tension throughout the film despite not fully revealing the shark to the audience until the final act.  The small glimpses of the shark you did see from time to time, and the routine interactions of the townspeople with the water were enough to allow your mind to create its own tension and fear.  Once the monster was revealed, the naturally building fear that the audience had been suppressing was finally able to express itself through the battle against this force of nature ala the efforts of Roy Scheider, Robert Shaw, and Richard Dreyfuss.

Other tales of mankind against nature have popped up over the years.  In more recent times, the film to most capture the fear of the water was 2003’s Open Water.  Liam Neeson battled a wolf in The Grey, and Anthony Hopkins and Alec Baldwin battled a bear and each other in The Edge.  Last year saw the new Godzilla reboot emerge, utilizing the Spielbergian model of waiting to reveal your main monster late in the film. It was a huge blockbuster definitely going against the typical formula and opting for what worked on a small film 40 years ago, and it worked again. It’s no wonder so many directors go back to the formula again and again. 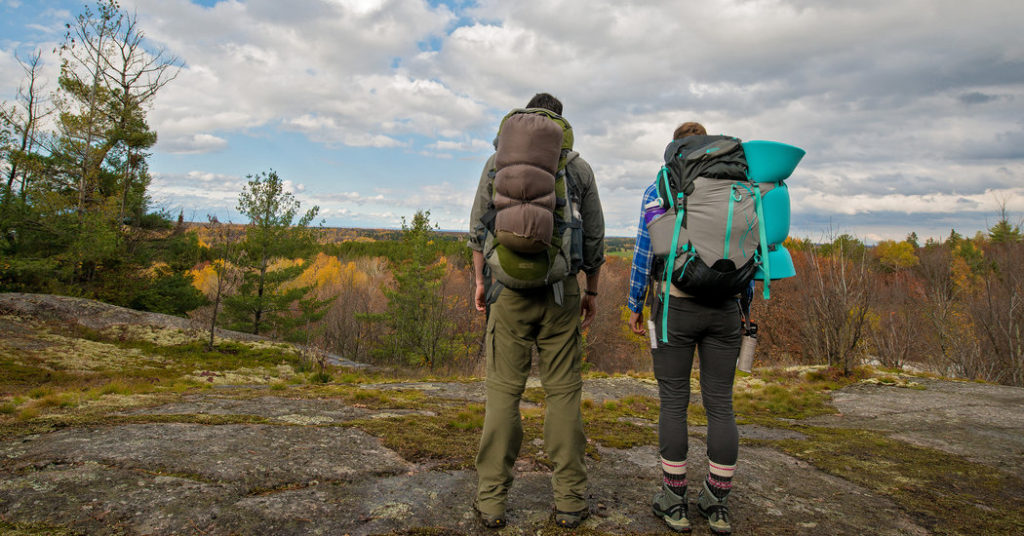 With the new film Backcountry, director Adam MacDonald uses his first full-length feature film (in which he is directing) to tap into a similar vein of natural fear.  Backcountry tells the story of Alex (Jeff Roop), and his girlfriend Jenn (Missy Peregrym) who are heading out of the city to go camping in a spot that Alex thinks will be the perfect romantic getaway.

They are informed by the local ranger that the trail Alex has his heart set on showing to Jenn has been closed for the season.  Pressing on, in the face of being fined if they are caught, Alex and Jenn make camp and encounter a creepy man named Brad (Eric Balfour) who has dinner with them.  They get the feeling that his intentions might be sinister and it creates a friction between them that is already seeking to undermine their romantic getaway.

Setting out on foot the next morning, Alex in a fit of pride, sees the direction Brad has taken and chooses to take a shortcut to his intended destination so as to avoid any further encounters with Brad.  This fateful encounter pits Alex and Jenn against the elements as they become lost, are low on supplies, and are now being hunted by a deadly bear.

The Jaws formula is followed to the letter as the opening shot of the film is of a carcass or corpse that you can’t quite make out, with the deafening sound of flies swarming the bloodied body.  Like Jaws‘ first shark attack at night that put you on notice, Adam MacDonald clearly wants to build the anxiety early as you prepare yourself to look for the clues of what caused this and what or who this body might be.  There are small glimpses of the bear as the film progresses, but the big reveal, like in Jaws, takes place well into the third act of the film.

Backcountry does a decent job of building the tension subtly and using the familiarity of an everyday camping trip to play with your emotions.  Who hasn’t been in a tent and heard disturbing noises of branches breaking, or maybe the rustling of items within your campsite? It is the unknown that truly makes one’s imagination run wild, and the film uses the familiar situations to decent effect at times.  At other times, they simply come off as a clichéd scare device one might find in a B-grade horror film.

Eric Balfour’s Brad is creepy enough but the conflict between him and the two protagonists is short-lived and not fully developed.  Adding more of this psychological struggle between him and Alex and Jenn would’ve served the plot and the tension more effectively before making the bear the central conflict.

And while the situation, and some of the tension building are done well, and the couple have effective chemistry, the script eventually undercuts the story by the third act where it becomes more of a gory slasher film than a tale of survival.  Jaws certainly had a great killing moment with Robert Shaw’s character as he went sliding towards the mouth of the beast as Jaws was pulling the ship down, but it still was ultimately a cat and mouse game between the shark and the other two men on the ship.  For much of this film, the bear is tracking this couple and they are trying to outsmart the animal, and you have a good cat and mouse struggle.  Once the bear is fully in sight, however, the film becomes almost something else entirely.  Missy Peregryn, to her credit, somewhat holds the story together through her performance, but it ultimately is not enough.

In the end, Backcountry proves again that while imitation is the sincerest form of flattery, it is a difficult way to forge new ground and stand on your own merit.  Too often you end up sacrificing the intended vision and overall story in the name of “following the formula”.  This is definitely the case here. Backcountry has set itself up to do for camping what Jaws did for people wanting to go into the ocean, but in the end it is simply just another cheap imitation.