Are There Really Saints Among Us? 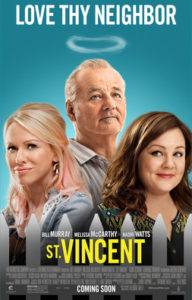 This is never truer than the example we have of Vincent.  Vincent (Bill Murray-Lost in Translation, Moonrise Kingdom, Ghostbusters) is a former war veteran who can’t seem to escape a cycle of self-destruction.  Vincent lives in a dump. He is known to regularly frequent a pregnant Russian prostitute (Naomi Watts-The Ring, The Impossible), and lose miserably at the horse track. He loses so much that he is deep in debt to a loan shark named Zucko (Terrance Howard-The Best Man Holiday, Dead Man Down, Lee Daniel’s The Butler).  Vincent is also a raging alcoholic.

As an alcoholic, Vincent backs into his driveway, destroying his own fence.  When he wakes up in the morning, he is too hung over to remember it was himself that did it.  Fortunately for him, a moving truck backed into a tree branch which fell damaging his car.  He believes and accuses the truck driver of doing all of it.  He then turns his cantankerous ire on his new neighbors who are moving in, Maggie (Melissa McCarthy-Bridesmaids, The Heat, and Identity Thief) and her son Oliver (Jaeden Lieberher).

Maggie and Oliver learn right away that they want nothing to do with Vincent.  Maggie and her husband are in the middle of a divorce, and Oliver is finding it difficult to move and be a part of a new school despite the kind and humorous teacher, Brother Geraghty (Chris O’Dowd-Bridesmaids,Calvary).  When Oliver finds himself the victim of a school bully who steals his phone and keys, he has no way to get into his house while his mother is at work.  The only door he knows to knock on is that of his angry neighbor, Vincent. 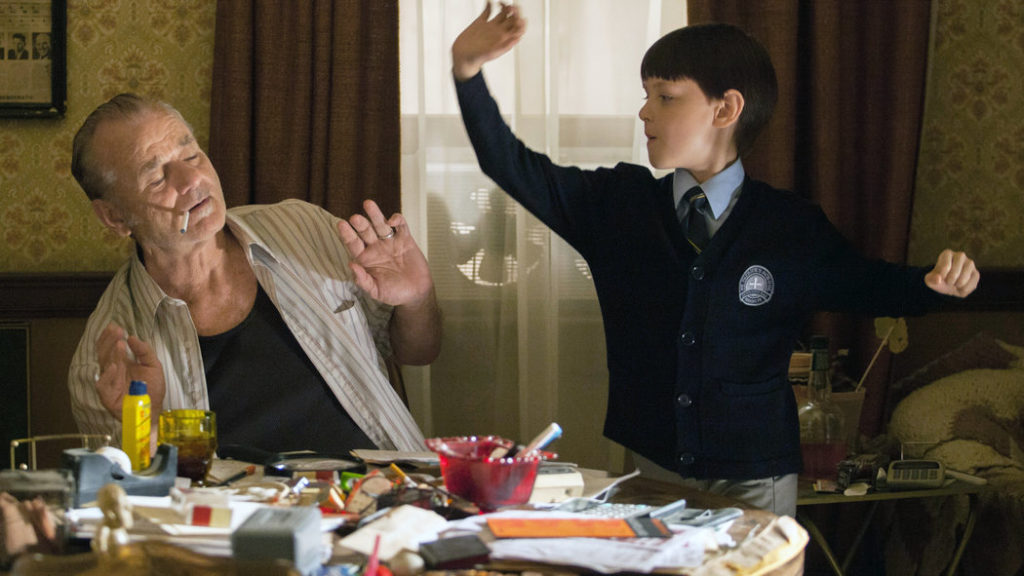 Jaeden Lieberher is staring in his first film, alongside the talented cast of Bill Murray, Melissa McCarthy, Noami Watts, and Chris O’Dowd.  For a first time actor, Jaeden more than holds his own, and helps bring an innocent wisdom to the proceedings that plays off of the cynicism of Bill Murray’s character, Vincent.  It is his innocence in fact that allows him to be open to seeing past the surface of Vincent’s rough exterior.

It is the rough exterior that is the clearest indicator of Vincent’s brokenness.  He is loud, rude, selfish, filthy, and engages in destructive behaviors.  Vincent’s prostitute friend Daka (Watts) is equally broken.  She is pregnant without the father in her life.  She also has a dangerous career, yet is being cast aside from being able to earn a living due to her pregnancy.  In Vincent, she has found a kindred spirit.  Despite their professional connection, they also need each other to lean on. 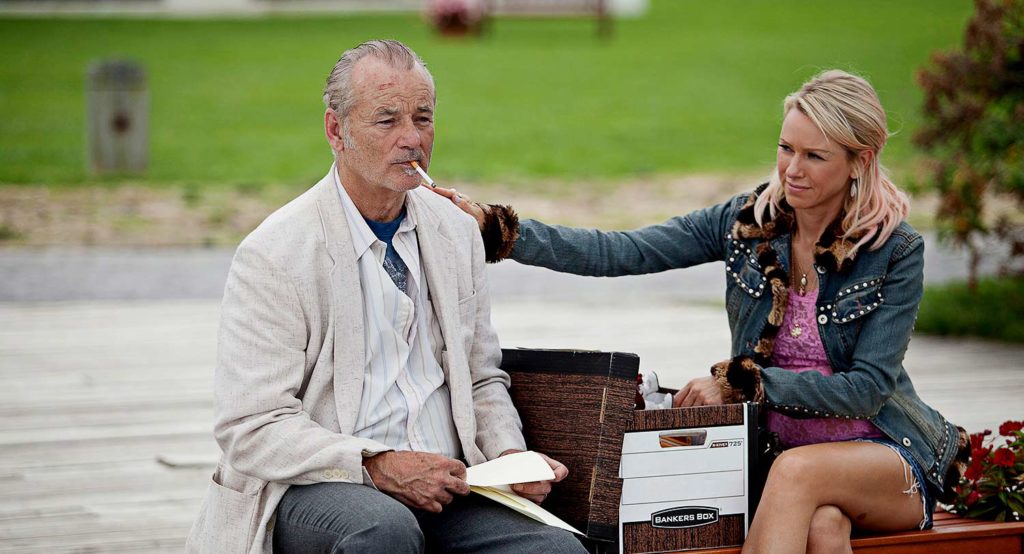 And while Bill Murray and Naomi Watts are meant to play obvious low-society characters, even the upper-society characters are broken.  Maggie is a struggling single mom trying to hold down a career with long hours.  When her son, Oliver, begins to hang out with Vincent, his new babysitter, and be exposed to the activities that Vincent is involved in, she is as much to blame as Vincent since she has been paying Vincent to babysit.  Despite her life’s nicer exterior, she is very much a broken soul, as is everyone else around her.

When Brother Geraghty, who has been teaching the class about famous saints from the Catholic Church, issues an assignment, it is one that young Oliver takes to heart.  The project is called “Saints Among Us” and is meant to honor people in the community that the students know who might qualify for sainthood. 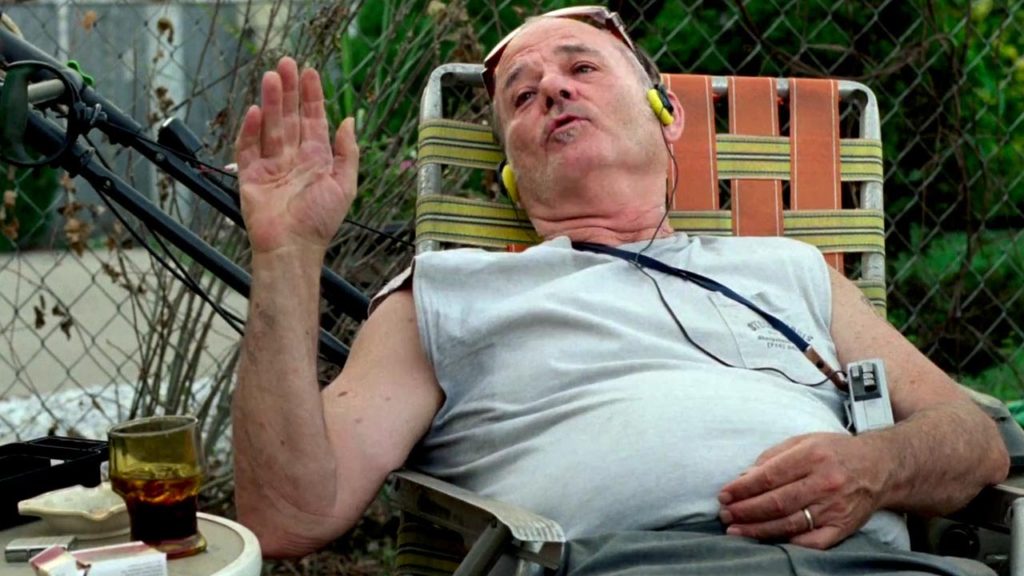 Vincent is hardly the candidate.  Yet, if you will allow yourself the opportunity, like Oliver, to look past the exterior, you begin to pick up details throughout the film, that all of these characters run deeper than a surface-level judgment might indicate.  Details that go beyond the humorous ways that Vincent tries to mentor Oliver.  The beauty that exists among these flawed individuals is in the mundane details of everyday, ordinary life.

Bill Murray gives perhaps his strongest performance since Lost in Translation, and fully embodies the character in ways that we haven’t fully seen from him in nearly 20 years.  Despite being an “old codger” in St. Vincent, Murray is actually the most animated he’s been in a long time.  We even get another singing performance from him as you watch the credits.  McCarthy plays Maggie surprising low key and without her usual comedy shtick and the result is a refreshing contrast to Murray.

The film has some moments of typical “feel-good” formula-ism happening in some of the resolutions of the various narratives.  But these are excused immediately when the film allows for these characters to rise out of their own mediocrity and taste greatness, in the simple actions of life.  St. Vincent allows us to see things through the eyes of a child.  Through the eyes of Oliver.

And Oliver sees that people are broken.  He also sees the treasure that often exists in such broken lives.  Small acts of love are the moments that give us all hope for redemption, and the means by which we might leave our greatest legacy.  “Saints among us” isn’t just a class project, but a possible everyday reality.  St. Vincent asks us if we are willing to look beyond the exterior and truly see someone’s heart.