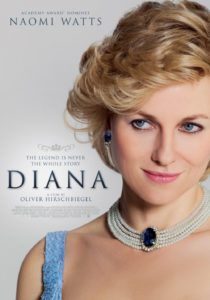 Princess Diana was larger than life.  She was a master of self-promotion and using the media for her own purposes.  She was known for her very public life after marrying Prince Charles, and for her very public separation and divorce.  Naomi Watts, coming off of a strong performance in last year’s The Impossible, plays the royal icon in a portrayal that seems sincere yet ends up reducing the princess into nothing more than a petulant teenager who has been scorned in love and can’t get past it.

The film centers on the last few years of Diana’s life.  We find her living alone, 3 years after her separation from Prince Charles has gone public.  With visitation rights of her two sons occuring at a palace-approved schedule of once every 4-5 weeks, Diana is struggling to find her identity while having to keep up appearances and continuing to participate in state sponsored promotional events, despite being estranged from the royal family.

As the film moves forward, the screenplay never seems to focus on any of the depths of Diana’s struggle both in the public eye or outside of it.  Rather, we are given surface level treatments of some of her demons.  Receiving short mentions are her struggles with depression, suicidal thoughts, her episodes of cutting herself, her eating disorders, and the detachment of being apart from her young sons.  And while these details are technically present in the film as they are spoken about in interviews she gives to the press, the screenplay never really allows Naomi Watts to show us these emotions as she goes through the struggles, and we never see the burden she wrestled with as she dealt with such weighty matters.  Instead, we are given glimpses of them as a means to move the film towards its chief aim: a love story wrapped up in historical fiction.

While visiting a hospital to be with and support a close friend/therapist whose husband had undergone heart surgery, Diana is introduced to the doctor who performed the surgery, Dr. Hasnat Khan.  In the film, she is immediately taken by him and immediately sets out to meet him, and begins pursuing him. Khan is portrayed by Naveen Andrews (TV’s Lost) who is almost unrecognizable having gained lots of weight to portray the unconventional Pakistani doctor who smokes and loves fast food and jazz. 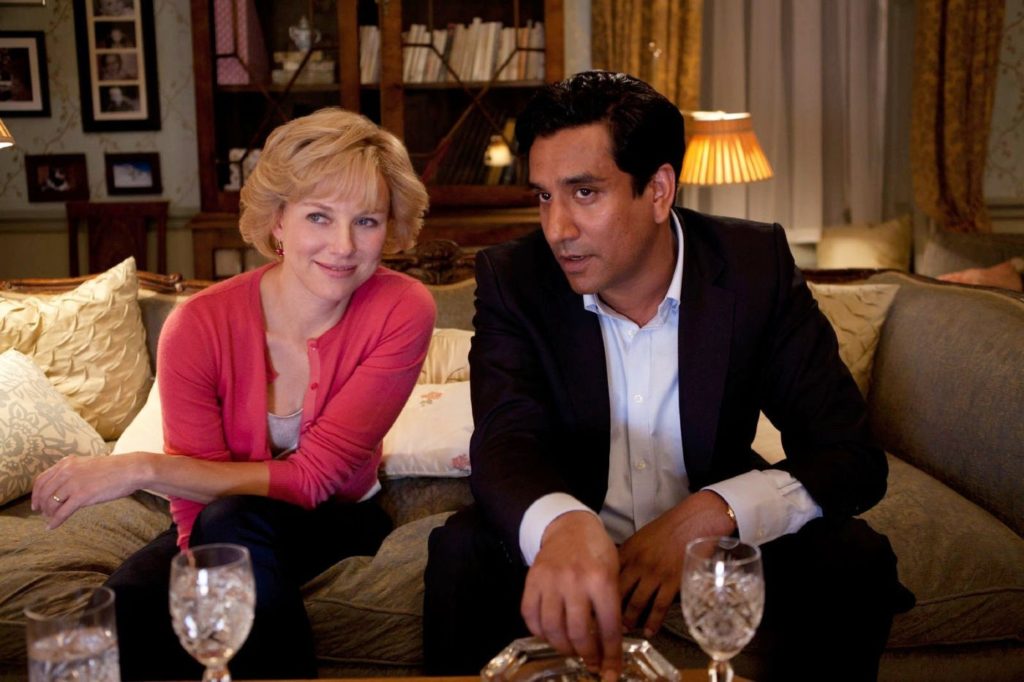 The pursuit of Khan is very sudden, and without any known catalyst being felt in the film that lets us know why she needed to pursue him as she does.  That is not to say that it is without effect.  Andrews plays Dr. Khan with a balanced realism of a man who loves a girl, but who can’t ever embrace the unwanted attention that would bring him from dating one of the most famous figures on the planet, if their relationship were made known to the whole wide world via the press.

And while the performances are balanced, the script gives us nothing to connect to.  The details of their secret relationship are highly questionable as the film portrays their connection only at the surface level with no attempt to convince us that this really happened as they are showing us.  Many of the details are laughable.  Multiple times throughout the film, Diana is able to simply leave her protected residence with no security detail and simply show up to see Dr. Khan without being spotted. At other times, she is surrounded by a security detail.  In the next scene,  she’ll be without one again, making no attempt to escape them or anything.  She simply does what she wants.  And this character trait of the princess seems to be the primary principle that the script operates from.

There are many other ways that show the script just uses Diana, not as the historical person she was with all of its confines, but as any girl in any love story. Diana sneaks away from Dr. Khan’s apartment at one point to evade photographers by simply scaling a lattice and ripping her pantyhose like she was 15 sneaking out of her boyfriend’s house when his parent’s got home, only substitute the press for the parents. Another time, she simply goes outside Dr. Khan’s house and begins screaming her name but no one even comes out to see what the fuss is about.  Eventually the press finds out but no real explanation is given as to how they find out.  Like any teenager who is in obsessive love, she calls too much, over thinks things too much, and whines a lot. 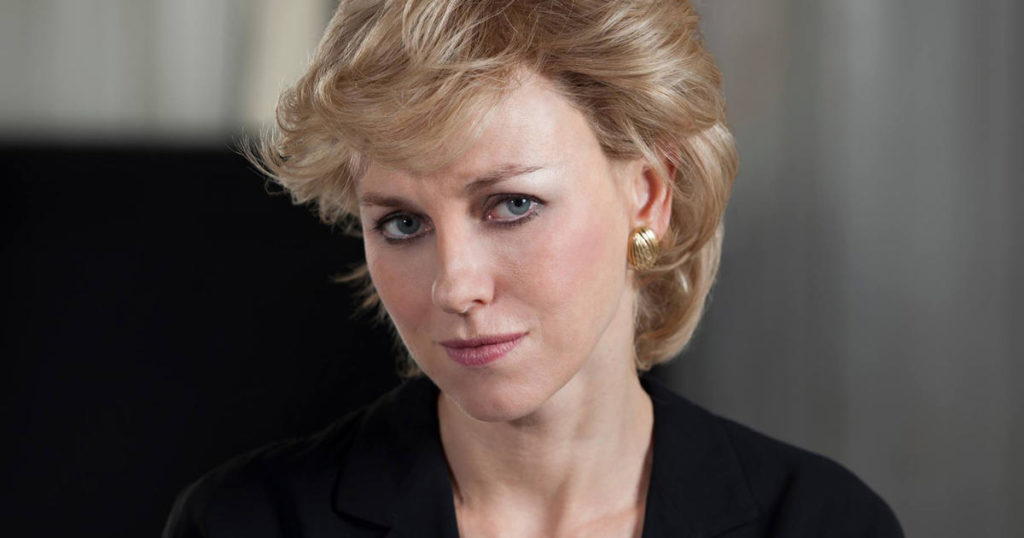 There are some good moments in the midst of this troubled love story.   Strong attention is given to Diana’s efforts to stop land mines, and to reach out to many victims of their violence.  It is here that we are given a glimpse of the Diana who began to find her footing and passion that would be her royal identity post-divorce.  She begins to use the media to bring attention to the things she was passionate for.  And while her ability to drive the media helped her causes, it also resulted in fueling their desire to cover her life with increasing vigor that ultimately led to her fateful car crash in Paris.

While her relationship with Dr. Khan falls apart for so many reasons, we spend the short rest of the film watching her move on to Dodi Fayed, who was killed along with her, while still trying to keep a connection with Dr. Khan.  We are meant to be left wondering if her relationship with Dodi Fayed was simply a staged publicity stunt to manipulate Dr. Khan to begin to pursue her again, or if she truly had moved on.  Instead the closing text-driven epilogue speaks of the impact of her work with land mines to this day and skips the main thrust of the entire story.

While many will enjoy this film for the actors involved and the subject matter (and the fact that it is actually made very well compared to the Lifetime movie feel of the trailer), ultimately, you come away from the whole thing feeling very indifferent.  Your view of the princess will be one of a petulant child trying to get her way in love rather than the multi-dimensional and complicated character that the true princess was.  For a woman who commanded the attention of the world, this film about her will capture the attention of almost no one.