With the current release of director Brian De Palma’s new thriller Passion (regrettably not theatrically available, although it can be viewed via iTunes), I take this opportunity to revisit my opening weekend review for it’s French cinematic source, Love Crime.  Two years out, Love Crime sticks loosely in my memory, despite its sometimes-predictable turns and curves.  While De Palma’s version is likely heavier on salaciousness and style, Alain Corneau’s original presents a dialed-back tale that hinges upon nuance and suggestion.  Please enjoy this slightly revised version of my review, which originally appeared at Twitchfilm: 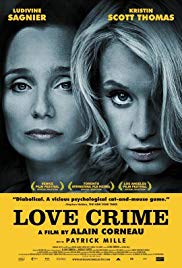 When it comes to murder it’s best to be thorough.  That’s the primary take-away from late French director Alain Corneau’s (perhaps best known for 1991’s Tous les Matins du Monde, or All the Mornings of the World) 2010 dramatic thriller Love Crime.  Wading fully into territory that Hitchcock built if not a career, then a persona upon, Corneau’s Love Crime decompresses the before and after of a shocking, if also cinematically inevitable, homicide.  The “during” portion occurs around the middle point of the film, and is treated as a messy and unappealing necessity.  Motivation and process is key here, which is to the film’s slow-churning credit.

Ludivine Sagnier, boldly refusing to trade on her physical allure (as we’ve seen her do successfully in films such as 2003’s Swimming Pool), plays Isabelle, a promising up and comer in the homogenous global corporate world.  Isabelle is single as well as singular in career focus, but more than anything else, she is thorough (there’s that word again).  Her thoroughness and efficiency has caught the eye of her boss Christine (Kristin Scott Thomas), who seemingly takes her under her wing – but for what purpose, and to what end? 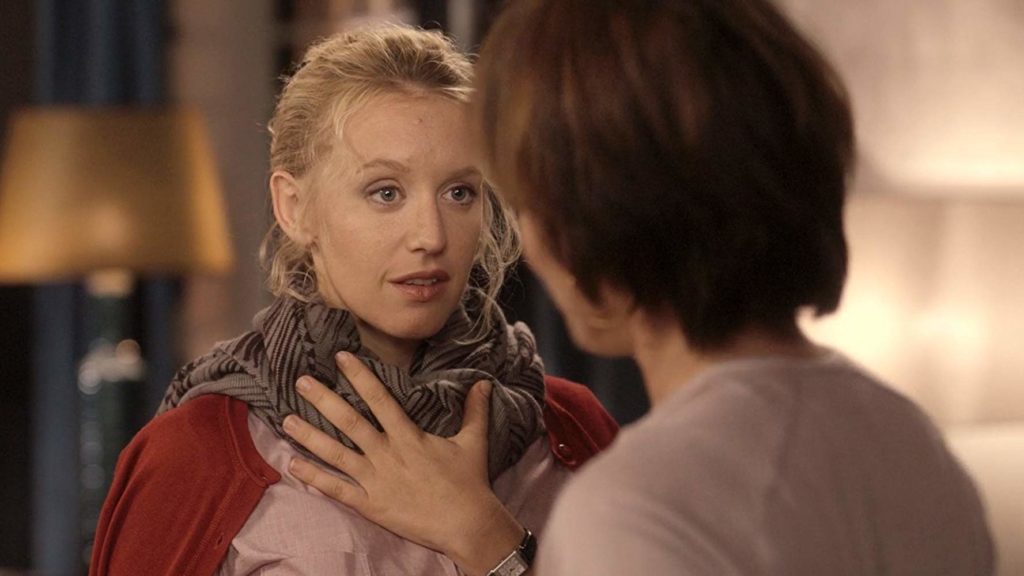 Thomas, who has built much of her career in French cinema, gets points for imbuing Christine with a human complexity beyond that of a manipulative opportunist.  There are moments of Love Crime when we actually consider her shepherding of hard-working underling Isabelle to be genuine.  Maybe.  But even as their relationship fast-tracks up the ladder of corporate promotions abroad, it also hemorrhages with henhouse control tensions, giving way to stolen lovers, stolen credit, backstabbing, and other stabbing.

The “love” in Love Crime is perhaps over-emphasized, being that it’s the first word of the title and all.  Whatever love these characters have for one another (and yes, that is definitely a possible imputes for all that happens) is under the surface at best.  If the film’s poster art portrays a certain perfume-ad style lesbian overtone, then that’s as broadly obvious as this film experience ever gets in such regard.  Corneau pushes subtlety, empathizing process and mechanics, with human emotion merely a part of the machine; a primary cog in a deathly wheel.  The two distinct halves of Love Crime operate this way, resulting in a fulfilling if not completely satisfying picture. 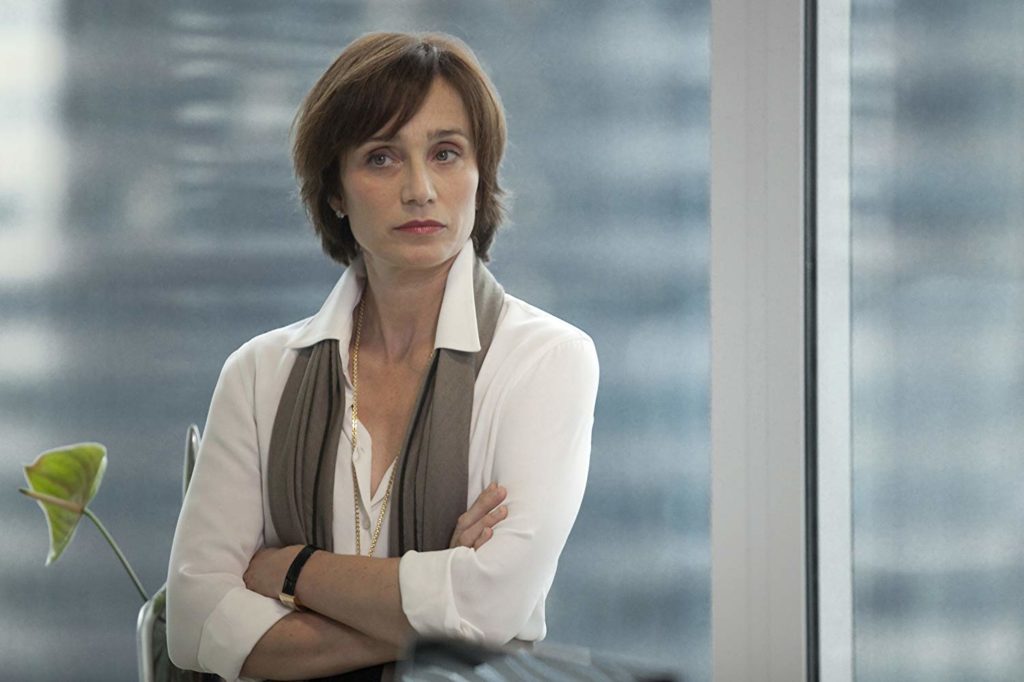 Love Crime is not at all a poor film for Corneau to end a prolific career upon. Word was that Brian De Palma had been circling Love Crime for its remake potential.  It’s a concept certainly worthy of his talents, especially considering the Hitchcockian mold his career shares with the movie.  We may or may not ever see this English language remake of Love Crime, but we may not need it, either.  For fans of elevated character-driven potboilers, the Corneau’s original will more than suffice.  Like its human subjects, Love Crime may not be warm and personable, but its thorough in its execution.