Abbas Kiarostami Takes us to Japan for his Newest Film 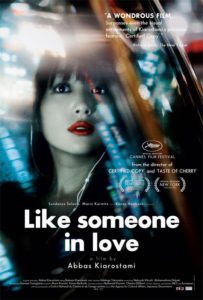 The opening shot of Like Someone in Love says everything about our main character’s life. It’s a wide shot inside of a nice Tokyo restaurant. At the center of the shot, and presumably the dominant of the shot, is a table with two women and a man engaging in what appears to be a pleasant conversation. We hear a female voice conversing and it is assumed to be one of the women’s side of the conversation. To the right we see the profile of a Japanese girl with intense red hair. She keeps frantically trying to get the attention of someone off camera. And at the very foot of the shot we see an empty chair.

Iranian director Abbas Kiarostami is an artist and a master at pulling an insane amount of tension out of ordinary situations. You will be in awe of the fact that you are on the edge of your seat while nothing is really going on.

And then we meet our main character, Aki. Her life is just like the opening shot, frantic, hectic and a completely out of control. She is a student who works as a prostitute for extra cash. The elder man is essentially her pimp. He’s not abusive or cruel at all. He is a businessman. She is free to quit any time she wants. But life imprisons her into the job. And he takes advantage of that. He informs her she must go to a new client this evening, even though she desperately wants the night off. But he insists. Is the client really that important? She asks if he’s a politician which causes her pimp to scoff. He just tells her to stop asking questions, take a cab to his house, and do her job. 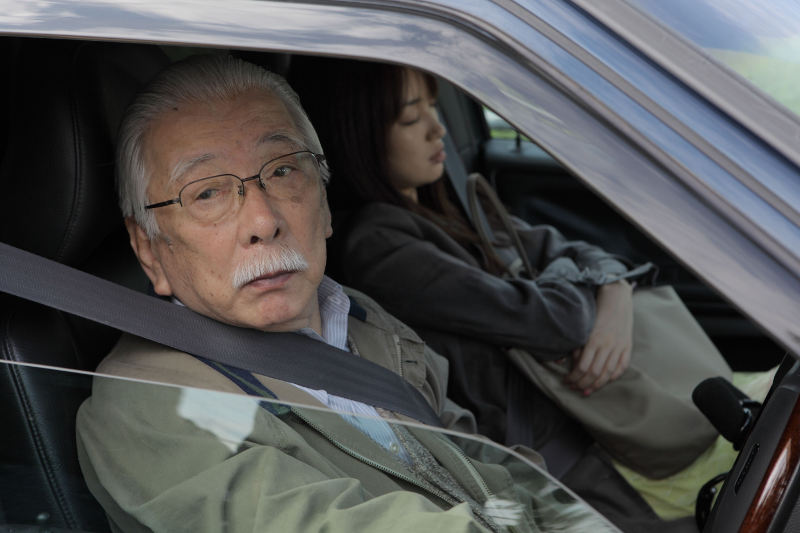 Inside the taxi there is an ominous feeling about her destination. What kind of trouble is she in? But when she arrives and we meet her client Takashi, played by 81 year old stage actor Tadashi Okuno making his screen debut, the movie is flipped on its head. Takashi is not only a gentleman, but a complete pushover. She becomes relaxed right away. She takes off her clothes and lies in his bed to fall asleep. He is patient with her and doesn’t try to have sex. It’s unclear if he ever intended to.

Calling Like Someone in Love a thinking man’s Pretty Woman may sound reductive, but is still apt. He gives her a ride the next morning to school (the same school he coincidentally used to teach at) and the car ride continues a two day journey between two characters who need each other, though, like the title states, aren’t exactly in love with each other.

There is still an ominous threat in the film. But instead of Takashi bringing it to Aki, she brings it to him. Her boyfriend (whom she was having the intense phone conversation with in the opening shot) shows up. He is temperamental, unstable and a violent man. He doesn’t know of his girlfriend’s profession and through a clever exchange between the two when they first meet, Takashi is able to convince the boyfriend he is actually her grandfather, not a client. But the threat lies over the film that the truth will eventually come out. And when it does, there will be hell to pay. 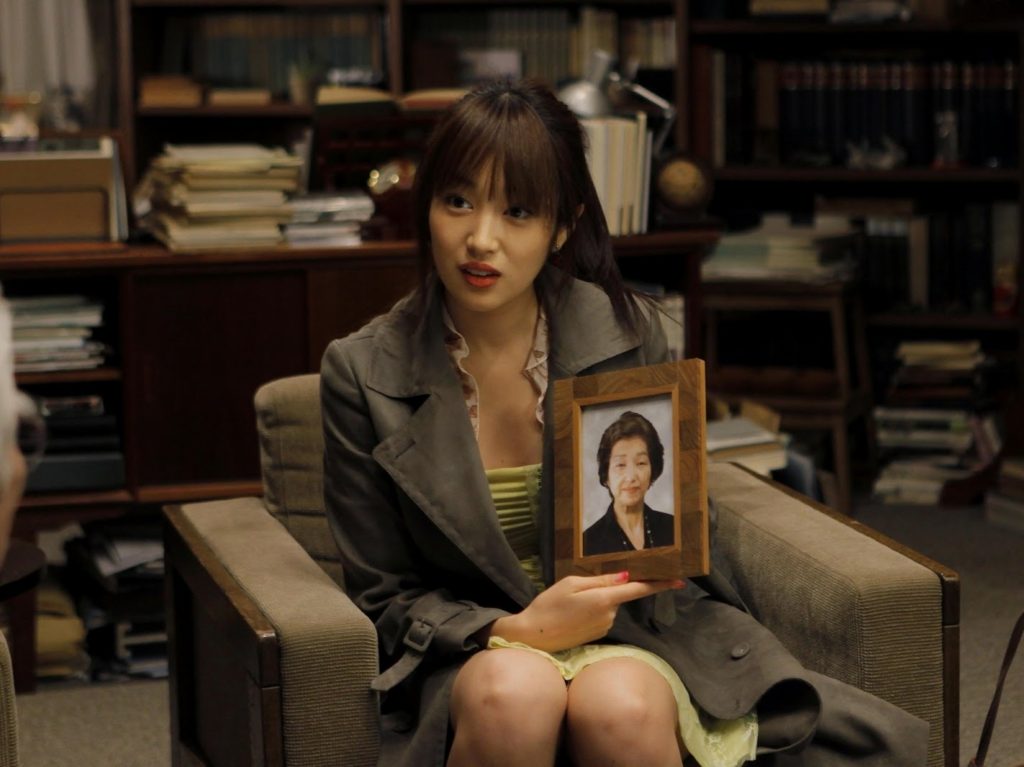 Iranian director Abbas Kiarostami is an artist and a master at pulling an insane amount of tension out of ordinary situations. You will be in awe of the fact that you are on the edge of your seat while nothing is really going on. This is Kiarostami’s second movie in a row away from his native Iran (his last movie Certified Copy was shot in Europe). But Kiarostami truly indulges himself into the Japanese culture for this movie. From Aki’s boyfriend being trained in martial arts, to the usage of cinematographer Katsumi Yanagijima who shot Battle Royale, to the fact that Takashi is also referred to as Mr. Watanabe (a possible homage to Ikiru).

Critics really fawned over Certified Copy, and with good reason as it was quite an excellent movie. But as that movie had quite a punch to it, Like Someone in Love is a knockout blow. I really hope he continues this pattern of going to new countries and making movies with local talent, but regardless of what country his next movie takes place in, as long as they’re his characters, I’m happy to spend a couple hours with them.