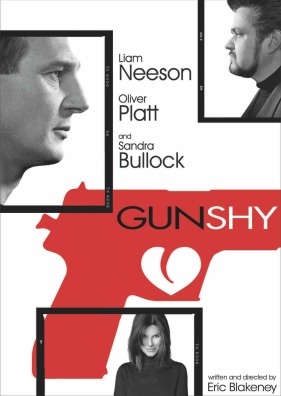 Liam Neeson, Sandra Bullock, and Oliver Platt in a mob-related romantic comedy?  In the year 2000, who wouldn’t want to see this combination?  After the hit Analyze This in 1999, in which Robert De Niro‘s mob boss character, amid a professional breakdown, starts seeing a shrink played by Billy Crystal, the natural progression is this film, Gun Shy.

Gun Shy tells the same story, from the other side of the proverbial coin, whereby Liam Neeson is an undercover DEA agent suffering from PTSD, after having nearly died when his cover was blown.  Now, the DEA wants him to finish the assignment trying to expose the mafia crime family he’s infiltrated, since the only other person who knew his identity was killed before he could tell the crime organization’s members.

Meeting a psychiatrist on a flight, Neeson’s character, named Charlie, begins working through his issues that are causing him extreme stomach issues, as well as frequent bouts of diarrhea.  This leads to him going to a clinic for tests where he meets nurse Judy Tipp (Bullock) who swears she can have him on the mend without meds, relying on natural, holistic treatment.  He is attracted to her and decides to give it a try, all the while proceeding with his operation where he is to meet the notoriously ruthless Fulvio Nesstra (Platt) who kills first, then ask questions later.

This is mostly on the level of a network television movie, though it features such a strong cast that it becomes entertaining enough based on their ability to elevate the material far above what it would otherwise be without them.

The film both perpetuates mob, and Italian, stereotypes, leaning fully into them, only to then comedically reject them.  Nesstra is a ruthless killer, but only by necessity.  His father-in-law is Don Carmine Minetti (Frank Vincent), who keeps his ruthless, but otherwise inept son-in-law around as a part of the business mainly to keep his daughter happy.  Nesstra’s wife and Carmine Minetti’s daughter, Gloria, is played hilariously by Mary McCormack (High Heels and Low Lifes, 1408) who shows that she’s the one who really wears the pants in the family. 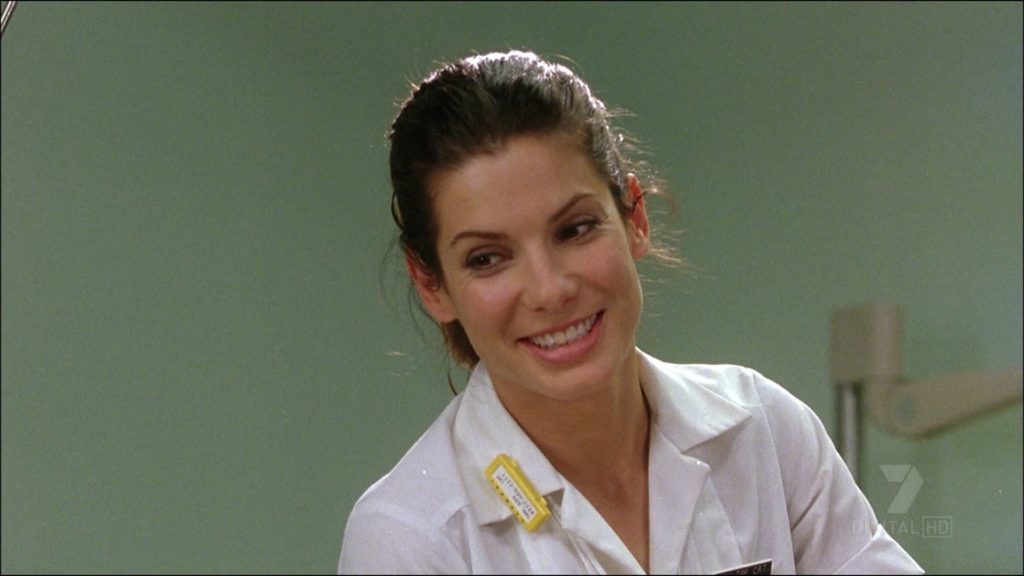 As Charlie goes further into the operation, he finds that both he and Nesstra are very similar people, albeit on opposite sides of the law.  Nesstra longs to be a simple tomato farmer, though he doesn’t have a green thumb on his body.  Charlie longs to live in a Mediterranean style house in complete comfort.  If only their day jobs didn’t get in the way.

Bullock spends most of the time being the glue that keeps Neeson’s character grounded, but actually serves as more of a secondary character.  Circa 2000, she was still in the midst of often playing the token romantic interest, as evidenced by her breakout roles in Speed and While You Were Sleeping just a few years prior to this film.  (Though she had been in some strong dramatic films like A Time to Kill, and even Hope Floats by this point).  Here, she is largely in a supporting role to Neeson and Platt’s larger mob story. 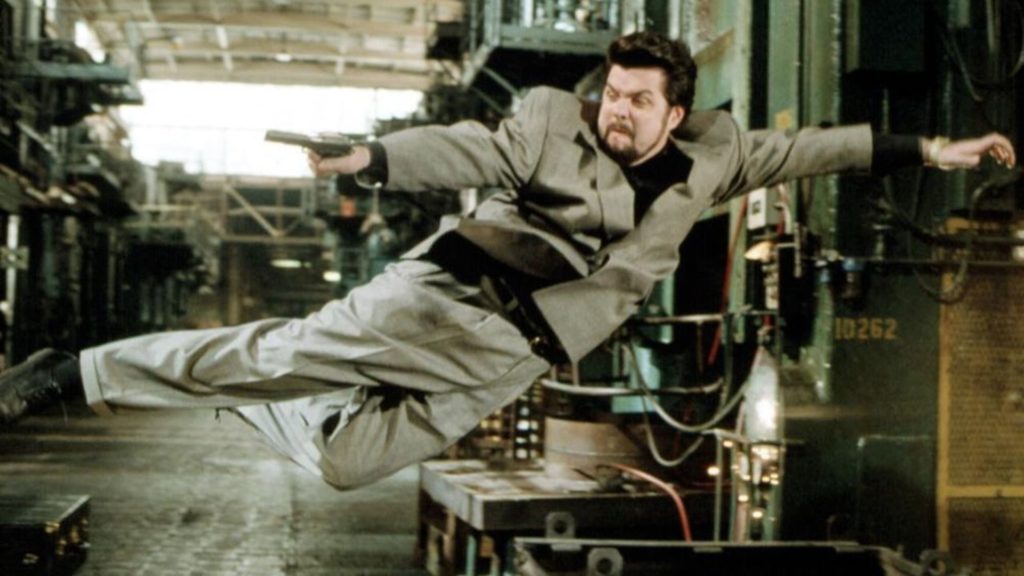 The romantic comedy aspect in Gun Shy feels a bit like a backseat plot to a film that actually wants to showcase the action-comedy of the mob story, so don’t rush in to watch this film if you only want to see Liam Neeson and Sandra Bullock fall in love.  Also, don’t expect the higher bar comedy featured in Analyze This, despite this coming out after that film, and before the sequel, Analyze That.  This is mostly on the level of a network television movie, though it features such a strong cast that it becomes entertaining enough based on their ability to elevate the material far above what it would otherwise be without them.

In this Kino Lorber Special Edition Blu-Ray release of Gun Shy, there are a couple of extras.  Mainly it includes the theatrical trailer for the film, as well as an audio commentary by director Eric Blakeney.  Eric Blakeney had mostly been known as a writer for shows like The Equalizer, Moonlighting, Wiseguy, 21 Jump Street, and even a Baywatch episode before getting into the director’s chair for Gun Shy.  Since then, he has only directed a 2014 episode of the show Unconventional.

The film is presented in 5.1 surround sound and 2.0 stereo.