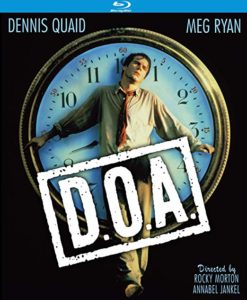 In the middle of a Christmastime heatwave in Austin, Texas, a man stumbles into a police station to report a murder: his own. Dexter Cornell (Dennis Quaid) is an English Professor with twenty four hours to live. He’s determined to spend that time figuring out who poisoned him and why. I would probably spend that time playing Xbox and eating junk food, but to each their own.

Who would want to kill a college professor? Could it be one of his colleagues, upset that they don’t have his tenure? Could it be his soon-to-be ex-wife, who is desperate for him to sign divorce papers? How about that attractive young student who wanted him to autograph his novel for her this morning after class? If we found ourselves in this situation, I wonder if it would surprise us how many people may want us dead. I think it would.

As Dex, Dennis Quaid really puts himself through the ringer on his quest to discover his murderer. He’s always drinking, smoking, swearing, and sweating. A fresh-faced Meg Ryan is Sydney with a Y, an adoring student who becomes inseparable from Dex, literally, after having his hand superglued to her wrist, in a fun if implausible riff on Hitchcock’s The 39 Steps. In addition to Quaid and Ryan, D.O.A.’s strong cast includes Daniel Stern, Brion James, and Charlotte Rampling, plus a young John Hawkes in one scene and a performance by Timbuk 3 in another.

This is a remake of the 1949 Rudolph Maté film D.O.A. starring Edmund O’Brien and Pamela Britton, not to be confused with the 1981 punk rock documentary D.O.A.: A Rite of Passage, or the 2006 martial arts movie D.O.A.: Dead or Alive, based on the video game series of the same name. The co-directors, Annabel Jankel and Rocky Morton, rose to fame after creating the cult icon Max Headroom and would later go on to helm the ill-fated Super Mario Brothers movie. 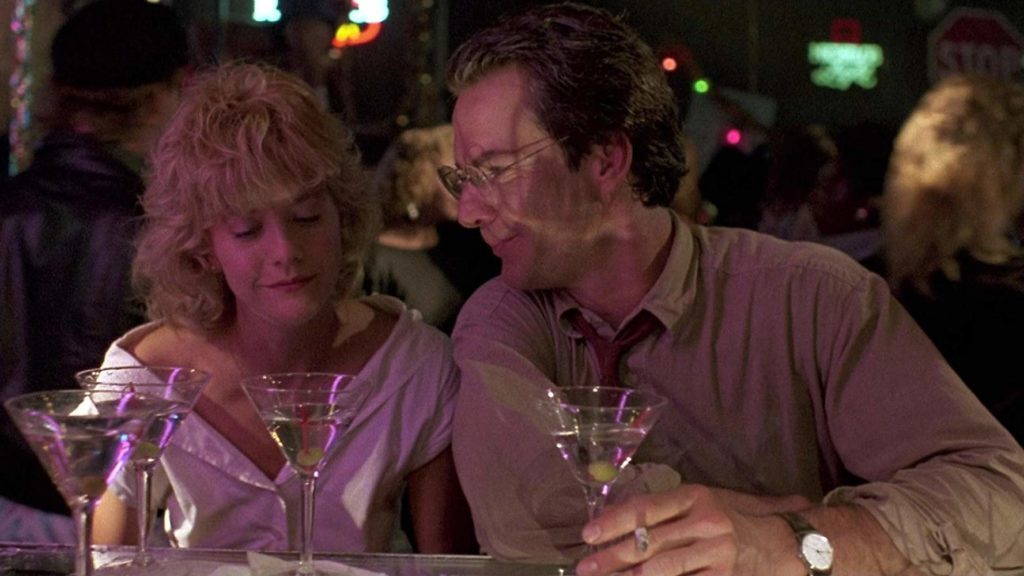 This, their first feature film after working in advertising, animation, and television, proves to be an improvement over Maté’s filmin every way. Screenwriter Charles Edward Pogue completely overhauled the story, creating a film noir that thankfully never gets as convoluted or messy as the original, and Jankel and Morton manage to keep the suspense taut while scenes are peppered with interesting visuals throughout.

The transfer on the Kino Lorber Studio Classics Blu-ray is flawless, though the special features are slim-to-none. Besides assorted trailers for upcoming KL releases, all we have are two audio commentary tracks, one from each of the co-directors. I understand that Jankel and Morton are long since divorced, but couldn’t someone have edited their commentaries together?

From Morton’s commentary, we learn that they wanted to shoot the entire movie in black and white, but Touchstone Pictures, a division of Walt Disney Studios, put the kibosh on that. Morton also notes that Meg Ryan was supposed to appear nude in one scene, but the actress put the kibosh on that. From Jankel’s commentary, we learn that her brother Chaz provided the film’s score and that his music for the opening black and white tracking shot (a homage to the opening of the 1949 film) was inspired by the seminal 1980’s band The The. Jankel also acquieces that you probably couldn’t really superglue two people together, but they left that part in the movie anyway.

D.O.A. is a fun film noir that feels like it could have been released today, except for maybe Chaz Jankel’s score, which, full of wailing guitars and drum machines, has not aged well at all.