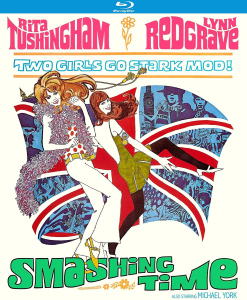 Ah yes- !  Here we have a garish, goofy, gaudy galavant of swingin’ London, courtesy of two young ladies who’ve just arrived to have a simply smashing time!  As in, a really fun, good time.  A smashing good time!!

But is this wild fancy of a film actually the good time it promises?  Or are any such expectations simply smashed?  A fair question, mate; considering that even such anarchic-by-design “youth films” of this period that are fondly remembered don’t exactly hold up in our current day and age.  The comical romp that is 1967’s Smashing Time, by director Desmond Davis (Clash of the Titans) (Yes, Clash of the Titans), has been granted no such cultural longevity.  Does anyone remember Smashing Time…?

Now that Kino Lorber Studio Classics has resurrected the film with a strikingly vibrant HD transfer, one must assume the above question to be somewhat moot.  After experiencing Smashing Time on Blu-ray, the question then becomes, why don’t we remember it?  Not that it’s exactly a cinematic mother of pearl, but when compared to some of its better-known niche contemporaries such as What’s Up, Pussycat?, Head, and even the many AIP counterculture movies of the mid to late 1960s, Smashing Time indeed surpasses them. 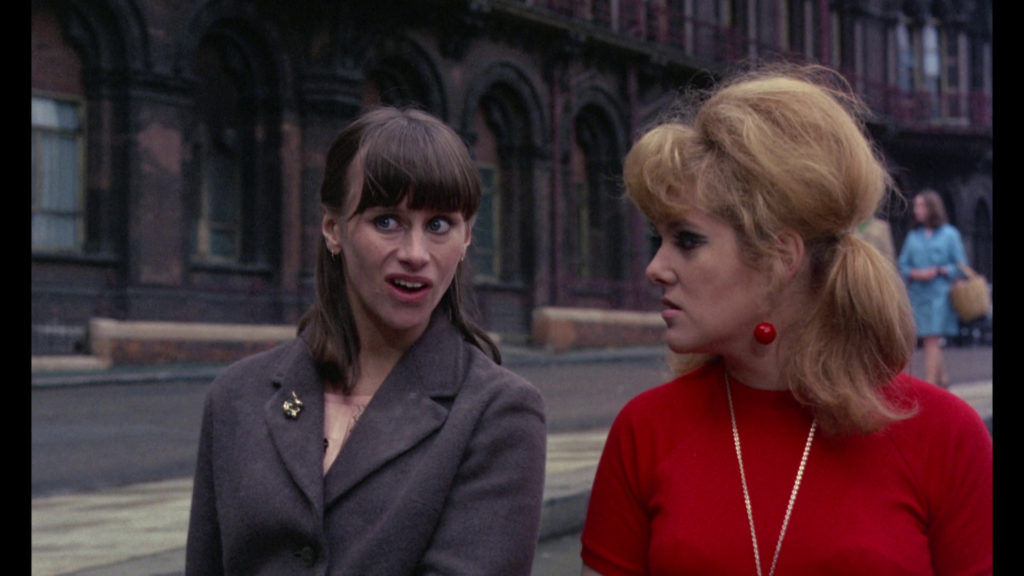 Tushingham (left) and Redgrave (right) plot their next move.

As the tagline states, “Two girls go stark mod!” in happenin’ London.  Or, the even longer tagline that lays it out in greater detail: “Swinging London Becomes Limping London When Rita “A Taste of Honey” Tushingham and Lynn “Georgy Girl” Redgrave Make the Scene and have a Smashing Time”.  The notion of London going limp is in keeping with the level of randiness found throughout the movie.  The non-explicit sexual undercurrent of the whole affair is but another vehicle for gags.  The girls, Yvonne (Redgrave) and Brenda (Tushingham), are essentially two different types of children in young women’s bodies.  It’s sweet when Brenda, ditched and stuck wearing an abominably uncool dress from Jane Austin times, infiltrates the apartment of a lecherous rich guy in order to save Yvonne from the very advances she’s been after.

The comedy veers heavily towards the anarchic destruction and chaos of the Marx brothers – and sometimes even gets there. Pie fights, spray-can vandalism, and just good old fashion structural damage are the set pieces which Smashing Time is built around.  There’s a manic wild-child innocence about most of it, but then again, what wild child is actually, truly innocent?  Outgoing Yvonne is a selfish spoiled brat of the first order, while timid Brenda is an overly helpless waif who’s prone to spells of tantrum.  Spoofing all things “mod”, the movie casts a wide net, nabbing the trendy fashion industry, hip ennui, rock n’ roll, and the key vapidity at the core of it all. 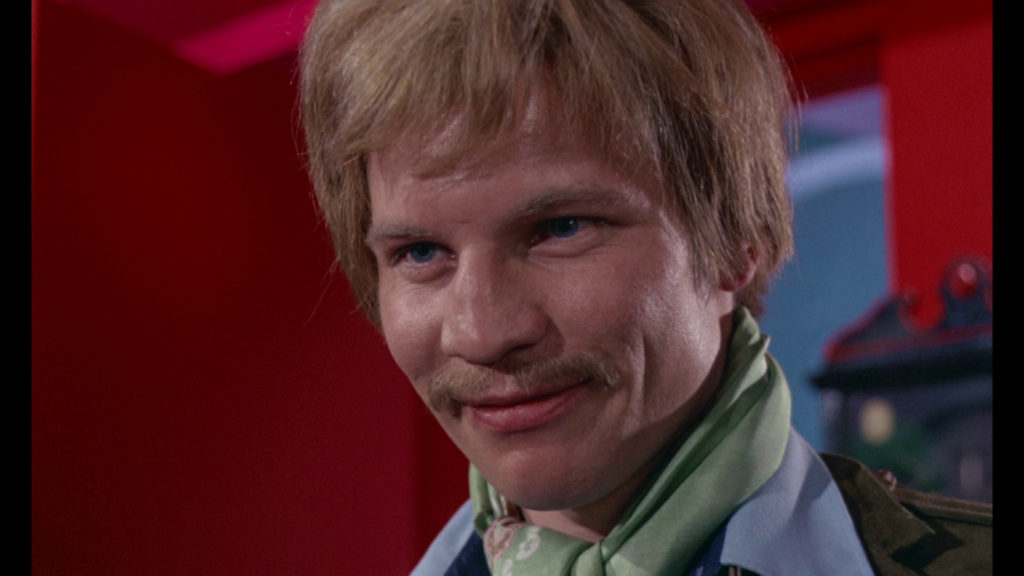 Davis’ London has a way of maintaining the city’s old-world workaday droll of drying rain and tired fog on not-new stone buildings, but with a wacky layer of bright colors and black light posters slapped onto it at ground level only.  There’s a neorealism of the absurd lurking in the aesthetic.  Did the makers of Austin Powers watch Smashing Time?  The question isn’t really “did they”, but how many times.  (And look- !  There’s young Michael York, the future Basil Exposition himself, co-starring as a mustachioed, chauvinist jerk of a photographer!)

As a swingin’ sixties order of female-driven comedy of culture and chaos, Smashing Time may be no Duck Soup, but it is a pretty tasty tart.

Kino Lorber Studio Classics’ newly released Blu-ray edition of Smashing Time restores this colorful and playful romp for a new generation of curiosity seekers.  ‘Tis a splendid effort, most assuredly.  The appreciative and info-packed commentary track by film historian Kat Ellinger seals the deal.  For those who are into such things, Smashing Time lives up to its name.