Uh-Oh! Morris ‘Mud’ Himmel (Jonathan Jackson, The Deep End of the Ocean) is sure in a pickle this time! His parents want to send him to… wait for it… Computer Camp! That’s a camp for nerds, and Morris doesn’t want to go. The only thing he can do to save his summer is pull off some wacky hi-jinx! When Morris’s friends admit that they, too, are being sent to various camps against their will, the kids come up with a plan: they’re going to take their parents’ money and buy their own camp! Zowie!

In order to sell these camps to the parents, the kids recruit an ex-drama teacher, Dennis Van Welker, played by Christopher Lloyd (Back to the Future, The Addams Family). Van Welker’s on the run from a collection agency and agrees to help out when Mud helps him get a collections agent, played by M. Emmet Walsh (Blade Runner) off his tail. Van Welker visits each of set of parents in turn and convinces them that his ‘camp’ is the best possible one to which to send their children.

Lloyd gets to play a number of broad stereotypes, but doesn’t quite manage to pull off any of them.

Lloyd gets to play a number of broad stereotypes, but doesn’t quite manage to pull off any of them. Lloyd gives his all in his impressions of a tough military commander, a Richard Simmons-esque exercise guru, a Russian theater director and a computer nerd, but he never stops being so… Christopher Lloyd. Sure, that’s part of the joke, but he is so not convincing as these characters that it’s hard to believe that the parents are convinced. 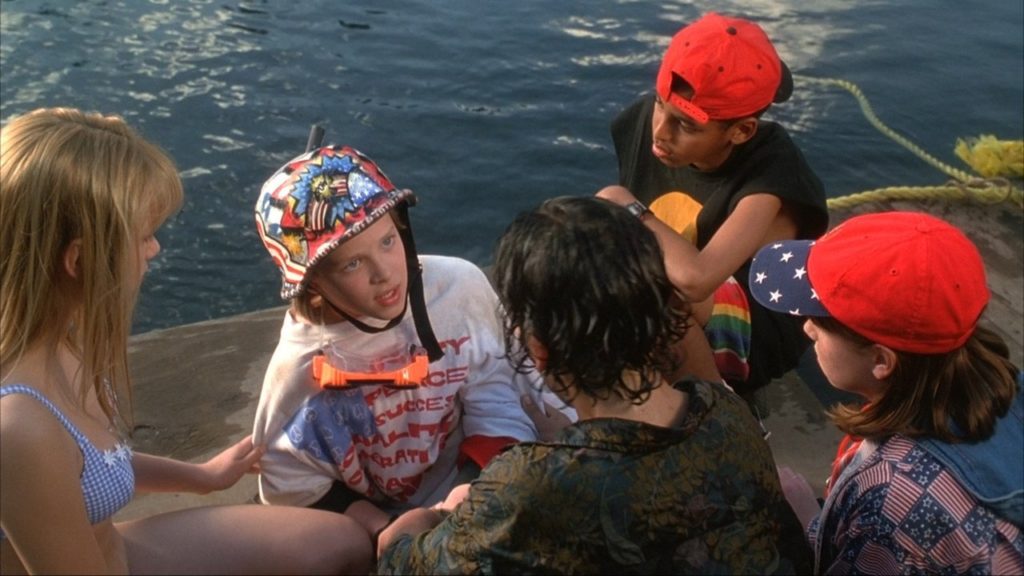 The one role he fails hardest at, though, is that of romantic lead. At one point in the movie, when the inevitable injury occurs (come on, these kids are completely unsupervised- it’s a miracle no one dies!), Van Welker has to take Morris to a doctor. The doctor in question is an attractive, unattached woman named Celeste Dunbar, played by Wendy Makkena (Sister Act, Air Bud). And for reasons only known to the screenwriters, she agrees to have dinner with Van Welker. This sets up our obligatory romantic subplot, and its not believable for a moment- especially not when this trained, professional pediatrician discovers what’s really happening at the camp and agrees to let it slide. That’s gotta be all kinds of ethics violations there.

This sets up our obligatory romantic subplot, and its not believable for a moment

A number of faces you will have seen before pop up throughout the movie. In addition to Walsh, we see Burgess Meredith (Rocky), Kate Mulgrew (Star Trek: Voyager), Peter Scolari (Newhart), and Thomas F. Wilson (Biff, from the Back to the Future movies). Star Trek’s Jonathan Frakes and future-star Jessica Alba also show up in blink-and-you’ll-miss-them parts. 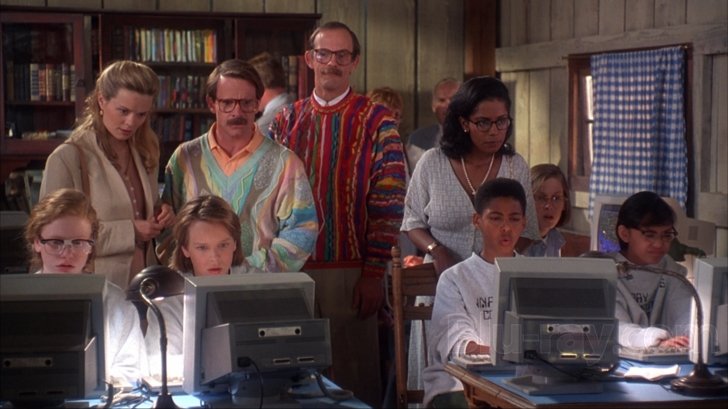 It’s not a good movie, and definitely not one I’d recommend (yeah, there are bad movies I would recommend- looking at you Flash Gordon). But some of the kids are charming and Jackson and Lloyd work well off each other. Camp Nowhere is a feature-length sitcom. The kids come up with a wacky scheme, it seems like they’re going to pull it off, it all comes crashing down, and everything is wrapped up and restored to the status quo by the end, with everyone involved hopefully a little wiser. It’s an inconsequential wish-fulfillment fantasy that might prove amusing to the pre-adolescent set.

Kino-Lorber’s blu-ray release features a commentary track from Prince. He’s still very enthusiastic about the film, praising the work by the child actors and Lloyd, as well as various members of the production crew. There are a few trailers included as well.