A Midcentury Pair Of Singing Cowboy Movies From Republic Pictures… In Trucolor! 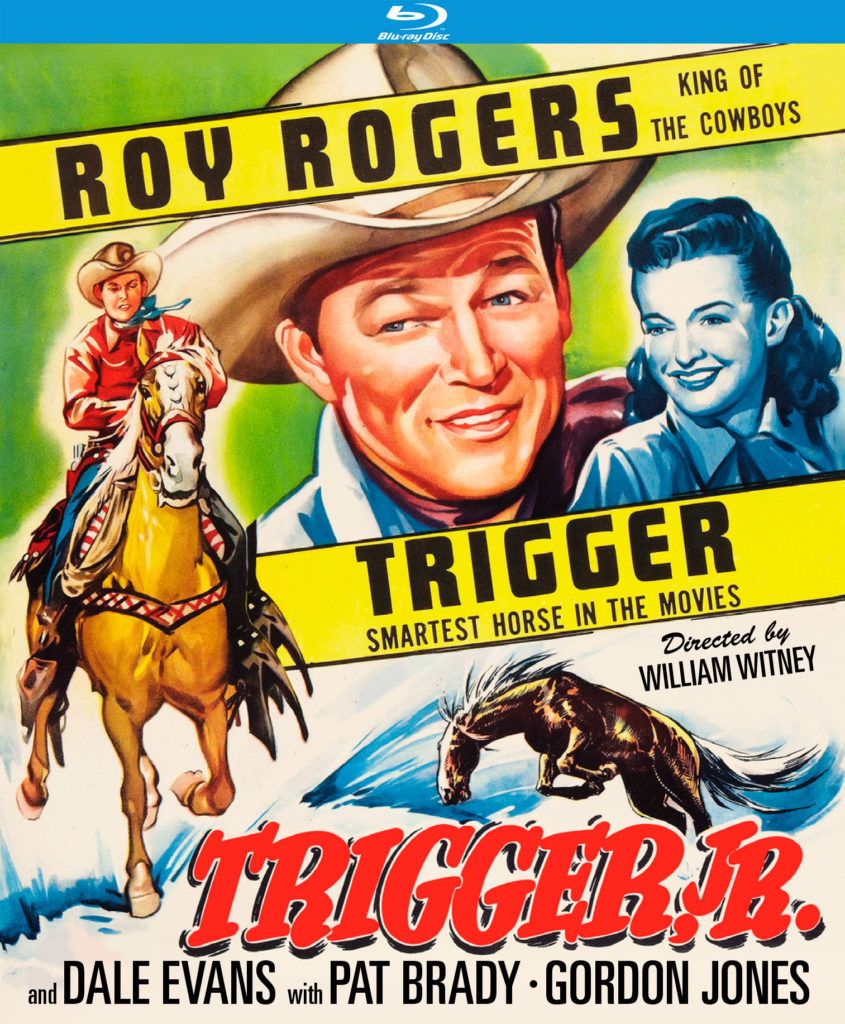 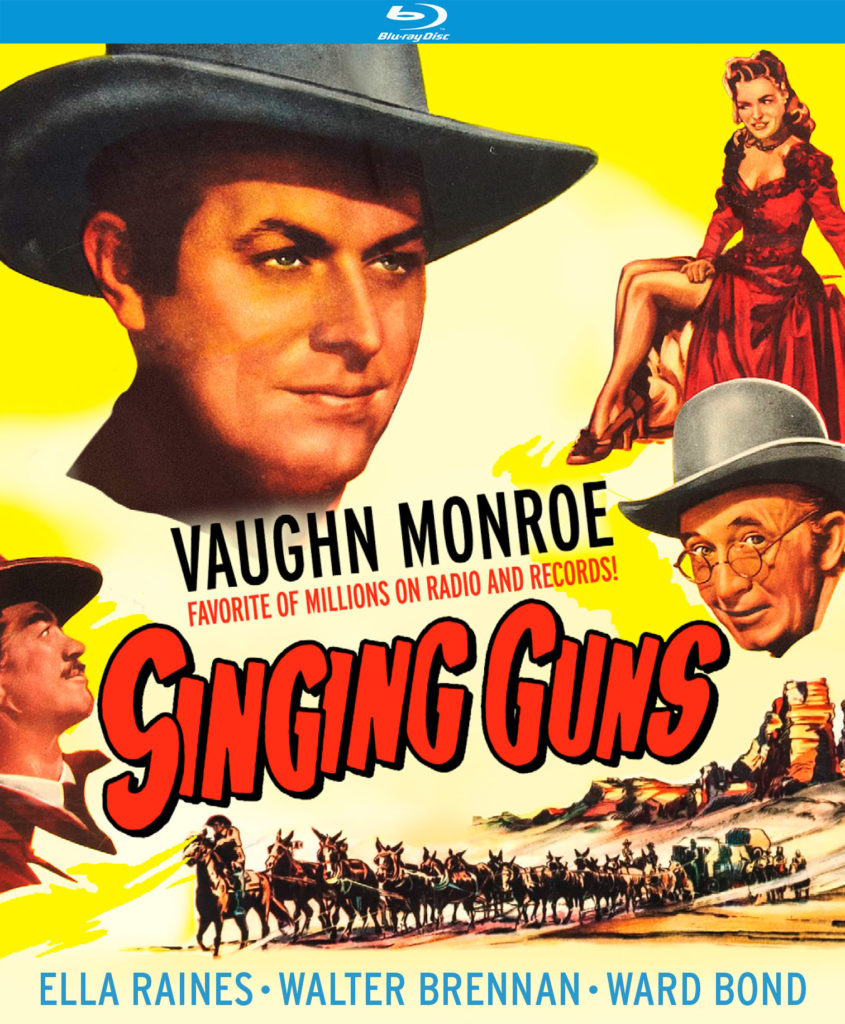 The always entertaining Toby Roan, whose features-length commentary accompanies both Blu-rays recently released by Kino Lorber Studio Classics, reveals that Roy Rogers’ Saturday matinee movies were often shown with a filmed prologue of the singing cowboy convening a Western Roundup of sorts, where he pleasantly exhorted the kids in attendance, among other words of prairie wisdom, to “be courteous and polite”, “always obey your parents”, and “be kind to animals and always take care of them”. Filmed in the perishable but painterly and vivid tones of Trucolor, the cost-saving color process used by Republic Pictures during the 1940s and early 1950s, the Roy Rogers Rider’s Club may have passed from cultural memory, but, like the film-immortal blonde-mane palomino carrying said rider, one can’t help appreciating the nobility and innocence of straight-arrow sentiments straight from the heart of a simpler time.

Watching The Roy Rogers Show (1951 – ’57) as a kid on mid-1980s Saturday mornings, where the TV sequel to his many big-screen sage sagas had been continuously syndicated for three decades, the serial adventures of Roy, wife Dale Evans, horse Trigger, and dog Bullet certainly made the Old West look like a colorful fantasyland of song, action, and bravery. Bolstered by coast-to-coast public appearances during his heyday – my dad recalls going to his first County Fair in about 1955 and seeing the man, wife, horse, and dog themselves performing in a Circus-like Rodeo – Roy Rogers & Co. built an entertainment empire on six-shooter picture books, toys, musical instruments, and eventually museums and restaurants product-branded with the double-RR. The one-time truck driver, born Leonard Franklin Slye in Cincinnati, Ohio, had at the time of his death in 1998, at the age of 86, successfully marketed a pop culture vision of Western Americana to an entire generation of kids and, in the process, transformed himself into his own brightly-colored legend.

Reminding us of those Saturday matinee days of yore come two ridin’ ‘n ropin’, whistlin’ ‘n warblin’ cowboy musicals made in 1950 by Republic Pictures in the color process prefaced by the word “true”. In all honesty, I can say I heartily enjoyed both. 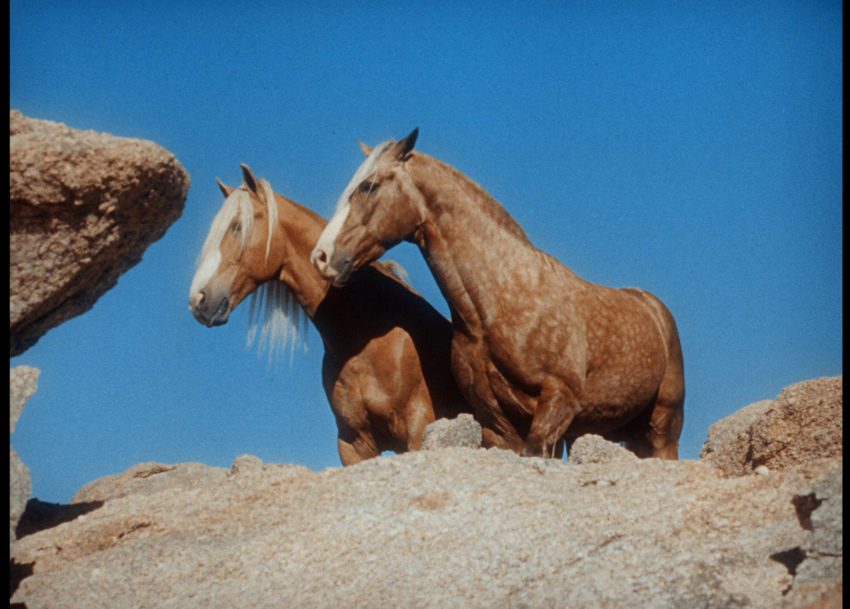 Up first, we have Roy, Dale, Trigger, and the title foal himself in one of the rough rider’s later modern day-set western musical fantasies. Playing a movie version of his own showman self, Roy’s Wild Western Show – featuring real-life riders, musicians, and circus acts – winter quarters at the ranch of crotchety ol’ Colonel Harkrider (George Cleveland) while its headliner romances the homestead’s trick-ridin’ daughter Kay (Dale) and attempts to cure the 10-year-old grandson (Peter Miles) of his un-westernly fear of horses. In between, there’s six action-packed reels of Roy and his loyal though clumsy sidekick Splinters (Gordon Jones) fending off the nefarious Range Patrol, led by the unscrupulous Manson (Grant Withers), who have loosed the killer white horse Phantom to the western wilds in a terrifying plot, shown in a series of day-for-night livestock-attacking sequences, to drive the Colonel’s good neighbors from the range. Of course, it’s Trigger, surviving a blow to the head and temporary blindness, along with his worthy heir riding to the rescue in a plot as ridiculous as it is fun. Bright colors, rousing music, and peerlessly coordinated stunt-work – courtesy of ace serials director William Witney – make for 66 minutes of blessedly undemanding though expertly accomplished entertainment. Like a motion picture postcard from a bygone era, the west that never was is brought to life by technicians and performers who gave fearless fuel to an entire generation of kids playing countless games of cowboys-and-bad guys. 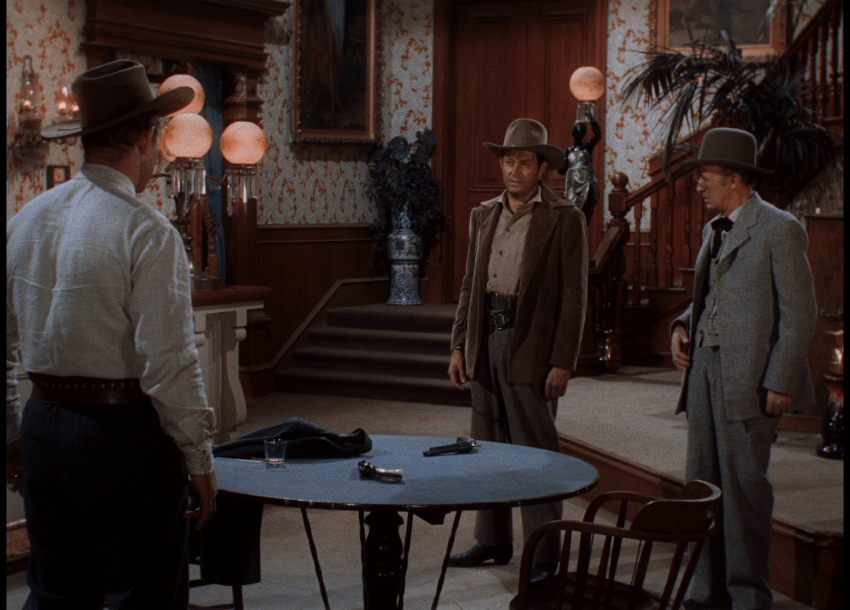 Republic’s other most prolific westerns-maker, director R.G. Springsteen, delivers half of light opera singer and radio bandleader Vaughn Monroe’s entire movie-starring output in this solid hour-and-a-half period western. As gold-hoarding outlaw Rhiannon, hiding his ill-gotten goods in a mountain waterfall hideout as he (initially) hides his rugged features behind an ill-kempt beard, the clever gunman finds himself playing deputy sheriff in a nearby mining boomtown under an assumed identity. But just as the singer’s wooden acting proves unequal to the character complexities of a classic good-bad man, the lighter ledger sheets on Republic Picture’s chief Herbert J. Yates’ desk apparently allowed the lower-budgeted production a deeper duo of accomplished character actors in compensation, including the inestimable Ward Bond as gun arm-injured town sheriff Jim Caradac and the extraordinary Water Brennan as kindly town doctor and church minister Jonathan Mark. With lovely though tough Ella Raines as saloon owner Nan Morgan and scowling though charismatic Jeff Corey as evil rancher Richards, popular western writer Max Brand’s novel maintains its darker tone on the screen thanks to brothers’ screenwriting team Dorrell and Stewart A. McGowan. The inevitable songs, starting around the 38-minute mark, and the purposeful lack of realism in dream-like set design and obviously painted backgrounds actually maintain and create their own popular western aesthetic: a matter of taste, for some, but the drama, music, color, and especially the expert playing of its equally colorful supporting players are certainly entertaining enough for sympathetic viewers eager to wholeheartedly surrender to the pioneer sons/purple sage riders/tumblin’ tumbleweeds spell of yesteryear.

Both Blu-rays come highly recommended for their magnificent 4K transfers of these lovingly-restored western entertainments, whose survival in good, untruncated condition exist in unfortunate rarity, and the above-mentioned pair of commentaries from writer and westerns historian Toby Roan. In addition, Roan includes recorded observations from director William Witney’s son Jay Dee on the Trigger, Jr. commentary, who even includes a brief audio snippet from the late director talking at length on the construction and “choreography” of fights- and action-sequences. Eye-filling color, toe-tapping music, thunderous chases, boisterous fights, and eye-popping stunts: beyond the entertainment these popular westerns still impart, and the nostalgic place they still hold in the imaginations of entire generations of kids, one realizes the skill, artistry, and sunup-to-sundown hard grind and effort that went into creating each Happy Trail. 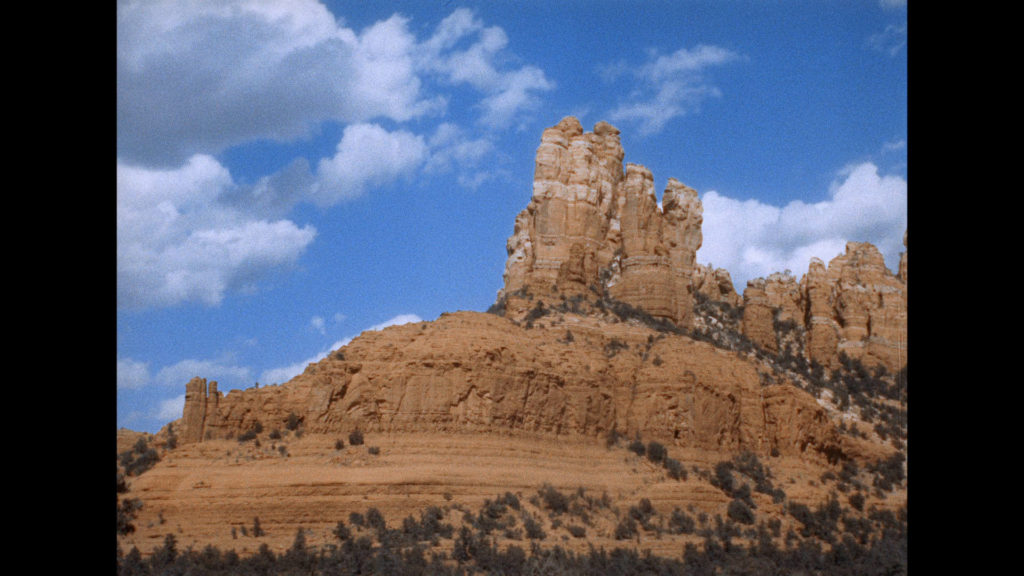 All images are credited to DVDBeaver and are taken directly from Kino Lorber’s Blu-ray releases.