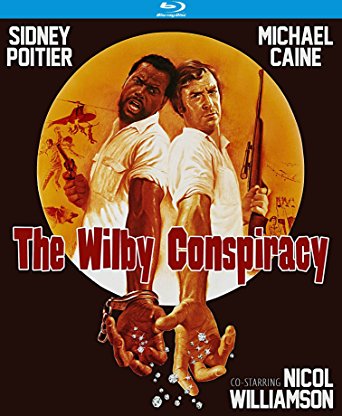 Sidney Poitier is Shack Twala, a South African man who is a member of the Black Congress, a shadow group that has as its goal the main aim of replacing the exclusively white minority government with one that represents the 90% majority of black South Africans who are being subjugated to intense discrimination and cruelty.  He is set free after 10 years at Robben Island after a strong defense by his white lawyer Rina Van Niekirk (Prunella Gee), who is all set to head out with her current boyfriend Jim Keogh (Michael Caine).

The three head back from court to her office to celebrate the court decision when they are stopped by 2 white police officers who already have several black men handcuffed against a wall with a menacing police dog barking at them.  When one of the guard hauls Shack Twala out of the car for failing to have an ID (one has not yet been provided to him upon release of prison), Rina and Jim find themselves defending Shack by taking on the officers, making all three of them fugitives from the law. 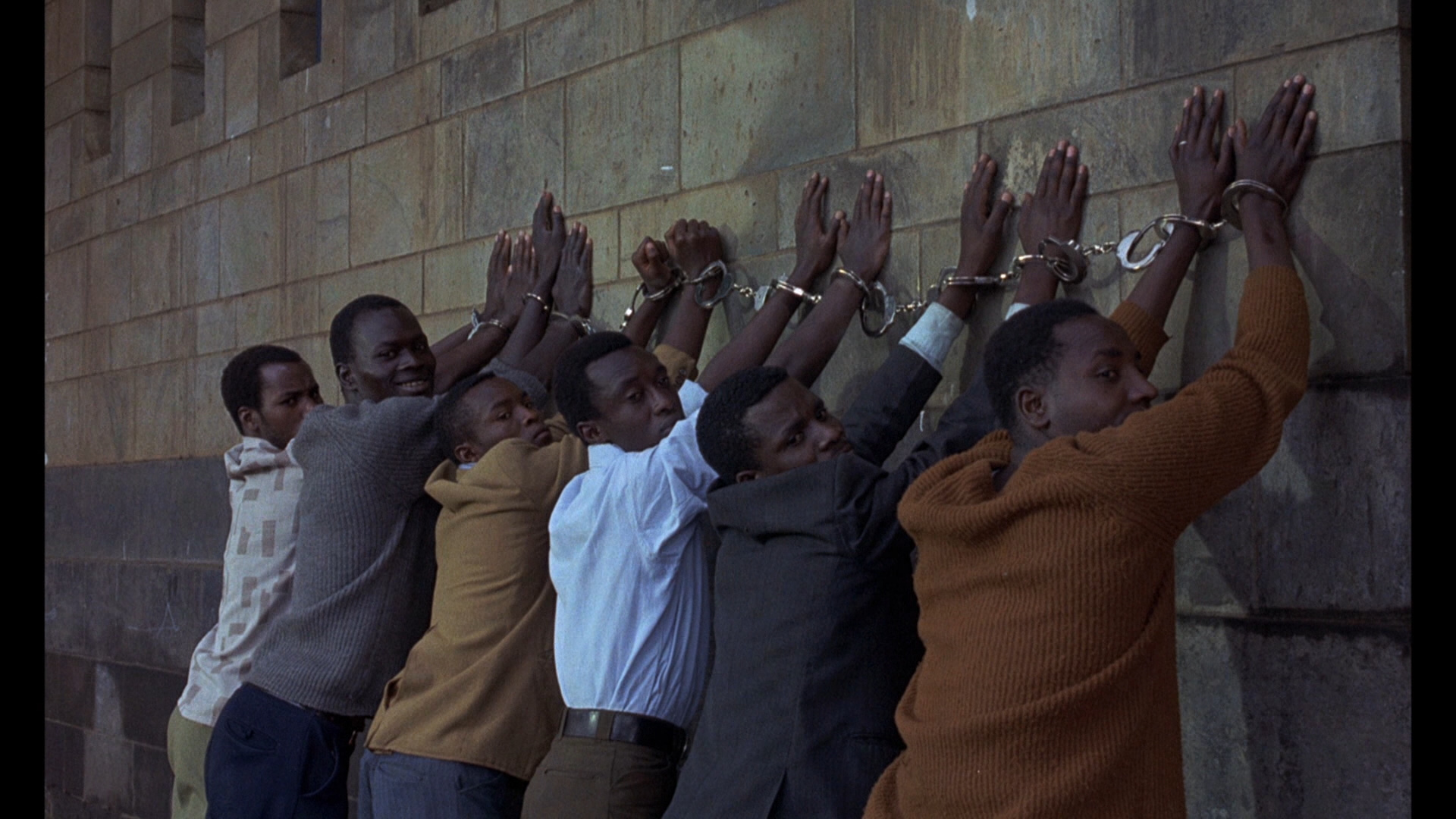 The film then is set up where Shack and Jim head off on a 900-mile drive from Cape Town to Johannesburg where some of Shack’s contacts from the Black Congress can help sneak them out of the country into Botswana.  Rina promises to meet them there at her estranged husband’s apartment.  While they drive, they are being tracked by Major Horn (Nicol Williamson), a sadistic government official, whose interest in the case goes beyond the scuffle with the police officers in Cape Town, and points to something much bigger that will eventually involve the entirety of The Black Congress and Rina’s husband Blane Van Niekirk (Rutger Hauer, in his first English speaking role), while using the narrative to expose the corruption of the Apartheid state of South Africa at the time. 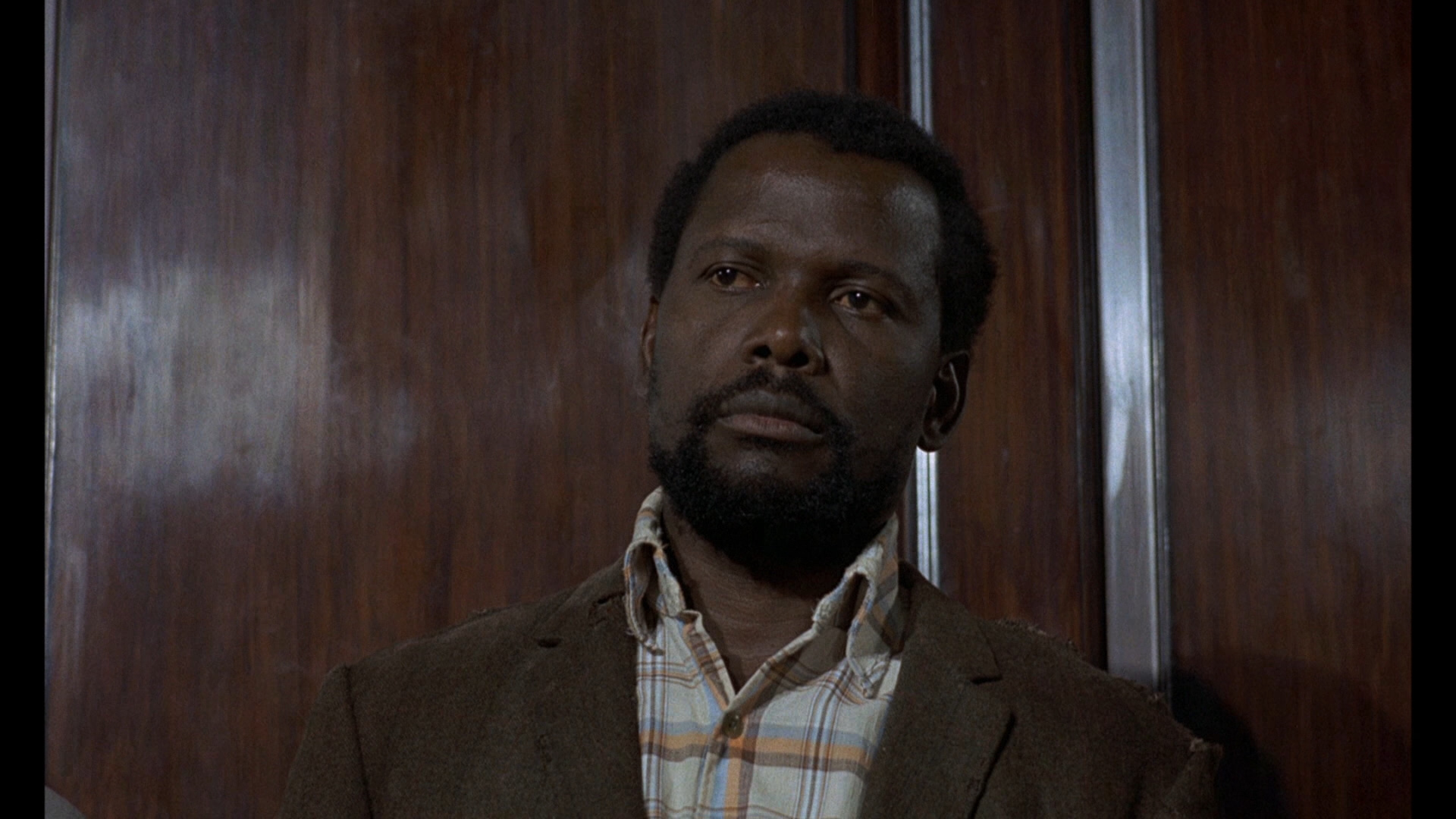 Caine and Poitier have good chemistry together and Caine’s British dry-wit feeds well the subtle racism that exists even in his seemingly progressively-minded character towards Poitier’s Shack Twala.  Poitier, is strong in his role here, as he was no stranger to films such as this, or others like In the Heat of the Night and Guess Who’s Coming to Dinner, that squarely took on the issue of race whether it take place in America, or internationally.

There is a strong attempt to provide the sort of buddy-comedy/personality-conflict model of films like The Odd Couple, or even the Lethal Weapon series that would come later, which also dealt with Apartheid in Lethal Weapon 2.  Some of this works well, while some of it feels forced.  One of Shack’s contacts is an Indian-born dentist (Saeed Jaffrey), who serves as a form of comic relief in the script due to his nervous paranoia.  Even through the comedy, we get a sense of how other racial groups like Indians, were faring in a place like South Africa, which was later depicted in Ben Kingsley’s portrayal of Mahatma Gandhi in the Oscar winning film Gandhi, which Saeed Jaffrey also appeared in. 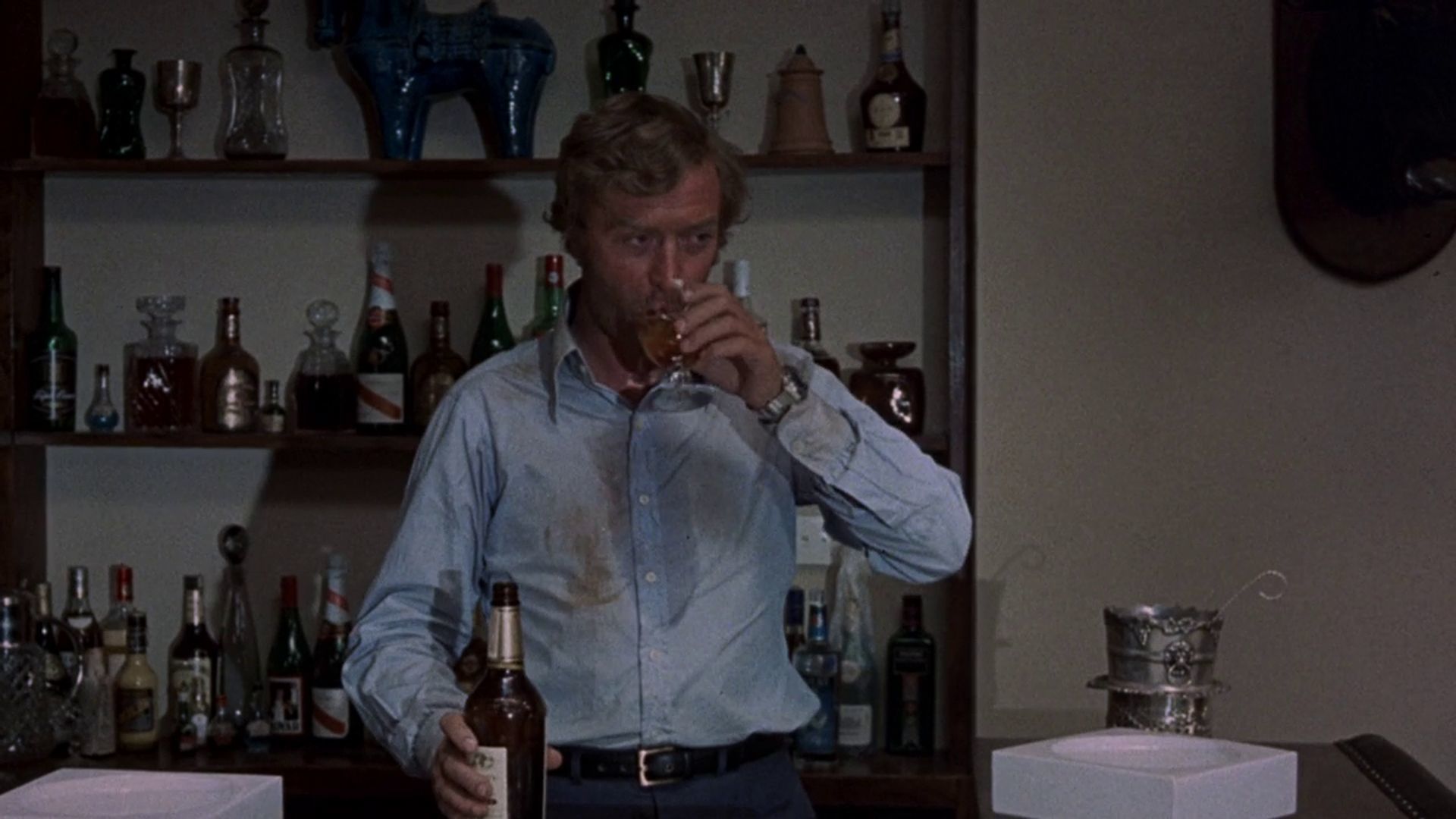 The film is enjoyable, but many things feel forced by the need to check off all of the boxes the studios probably required in the film and script to give them confidence that it would be a financial success.  You had the two big lead actors: Check.  The beautiful woman whose sex appeal will be used at some point in the film to attract a bigger audience: Check.  Have a comedy relief aspect to ease the tension of the racial background of the story: Check. 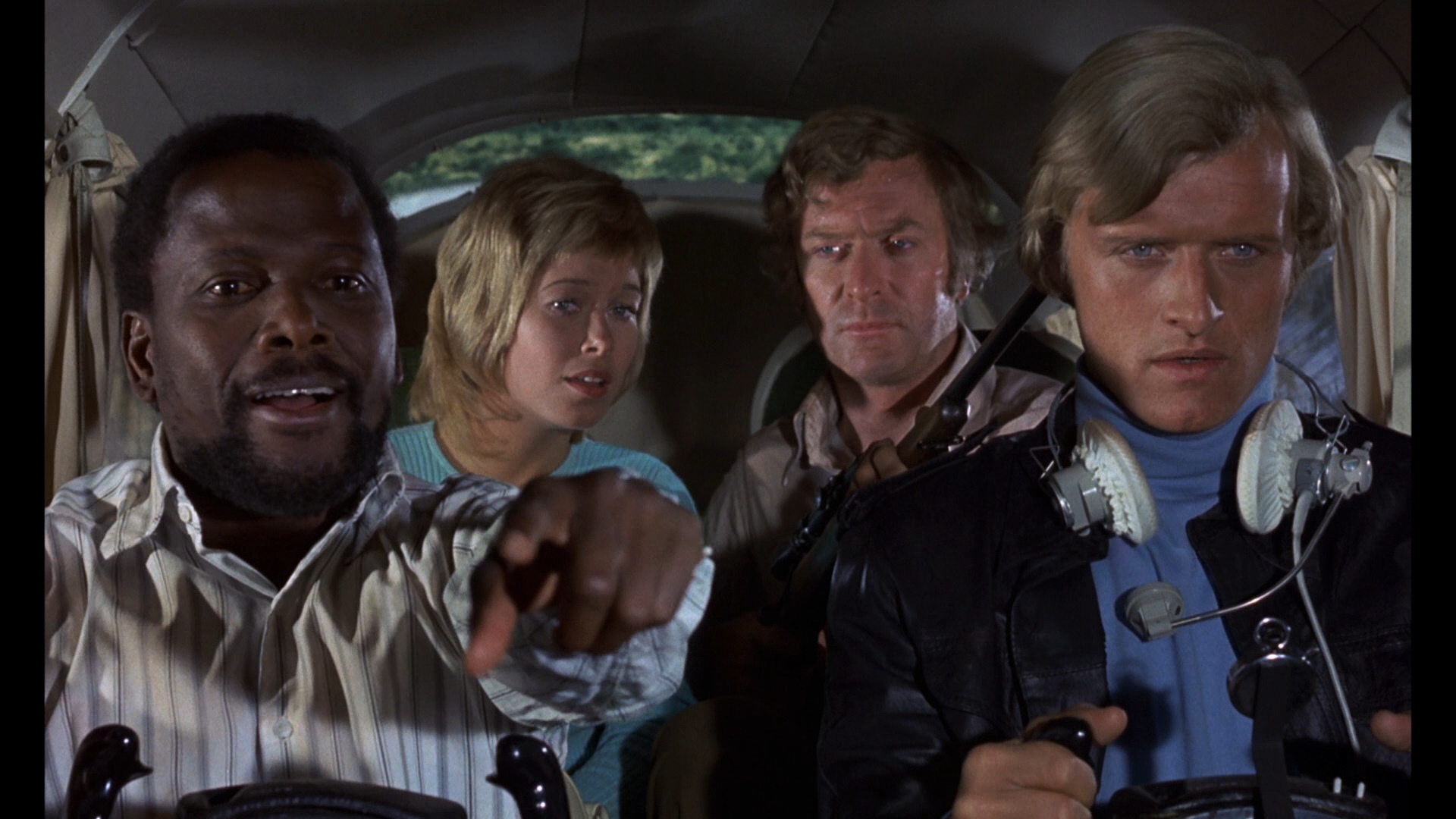 There are more, but given that it is a film from 1975, most will simply forgive The Wilby Conspiracy for playing things to safe given the fact that the two leads make the film an enjoyable enough experience.

The blu-ray release from Kino Lorber has a good transfer, and looks good in high definition.  The overall release doesn’t offer much in the way of extras, however.  Included in this release is simply the film, along with a trailer for this film, as well as for some other classic films that are being released by Kino Lorber. 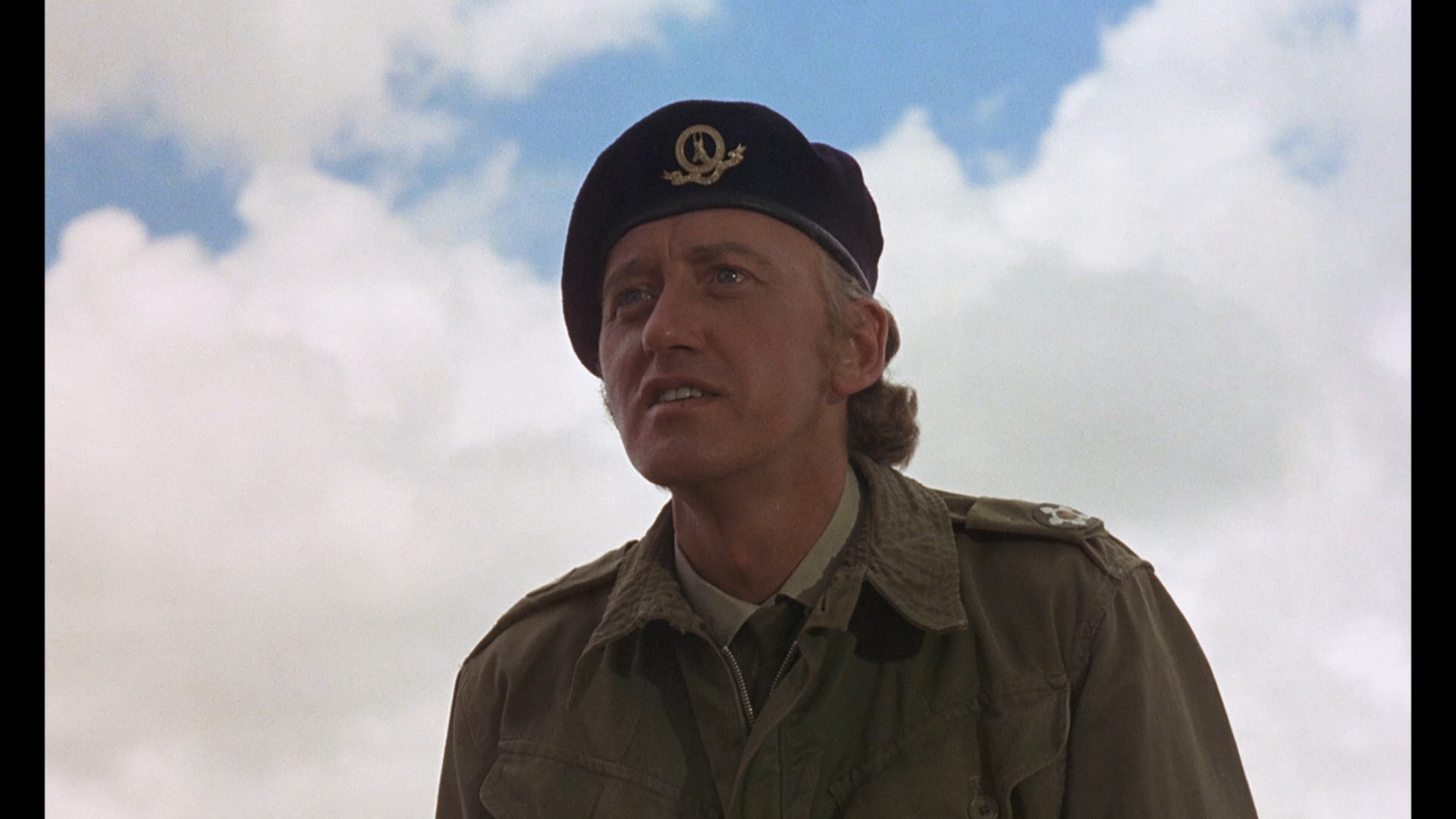