Some fun performances help out an otherwise forgettable action heist. 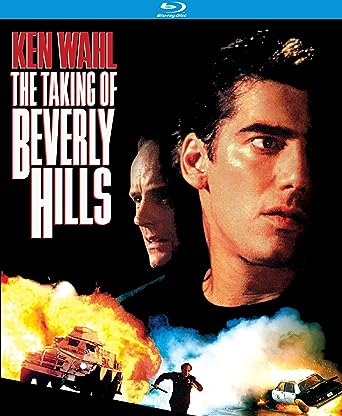 Let us now sing the praises of Sidney J. Furie. Furie is a Canadian-born director who, despite a latter-day reputation for low-budget hackwork for the likes of the Cannon Film Group, started off his career with some real classics. He quickly rose to a level of prominence with the Ipcress File, a spy movie from 1965 starring Michael Caine. Furie later moved from England to Hollywood in the mid-sixties and he continued his streak. Furie directed Marlon Brando  and John Saxon in The Appaloosa (for which Saxon was nominated for a Golden Globe for Best Supporting Actor), and Diana Ross in Lady Sings the Blues, a biopic of singer Billie Holiday. Ross was nominated for an Academy Award for Best Actress for her work in that movie. If nothing else, it was clear Furie was capable of eliciting great performances from his leading men and women. 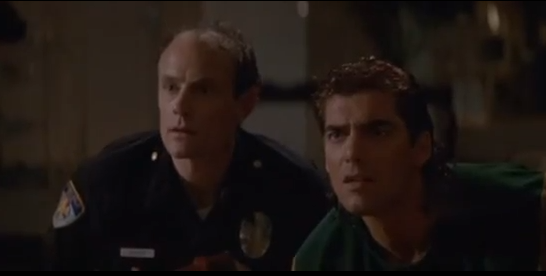 This then brings us to The Taking of Beverly Hills, an action/crime/buddy movie in the vein of the Lethal Weapon series. The Taking of Beverly Hills stars Ken ‘Wiseguy’ Wahl, and his mullet, as Boomer Hayes. Boomer is a star quarterback who finds himself in the middle of a would-be environmental disaster when a chemical truck (driven by a suspiciously well-dressed truck driver) overturns, endangering Beverly Hills with a toxic cloud. The EPA rushes in and with the help of the police, evacuate the area. But it’s not the EPA, nor are those real police. It’s all an elaborate plot to clear everybody out of Beverly Hills and rob the place blind. The only problem is that the bad guys somehow overlook Boomer in the evacuation, and he becomes the fly in the proverbial ointment.

The bad guys somehow overlook Boomer in the evacuation, and he becomes the fly in the proverbial ointment.

Once he catches on that skullduggery is afoot, Boomer hooks up with Kelvin, a uniformed cop played by Matt Frewer (Max Headroom, Honey I Shrunk the Kids). Together they figure out what’s really going on. The two of them then make a beeline to the nearest phone, contact the authorities and spill the beans on the bad guys’ plan, preventing their crime from being carried out. Just kidding. They actually spend the bulk of the movie fleeing the criminals who chase them with a tank.

The Taking of Beverly Hills is not a good movie, but it is not without its charms. In particular, Ken Wahl’s Boomer. Sure, Boomer is a star athlete, good looking, and incredibly wealthy but the way Wahl plays it, there’s still an appealing everyman quality to him. He’s in way over his head, going up against an army of machine-gun toting criminals. Still, he is able to combat them with the use of his mad football throwing skills and some handy molotov cocktails, so he has that going for him. Wahl’s interplay with Frewer is fun and unforced as well, and the two generally have a good time playing off one another. So, chalk up another win for Furie’s ability to get good performances from his actors.

The Taking of Beverly Hills is not a good movie, but it is not without its charms.

It’s just too bad that the movie surrounding those performances is so poorly made. Large portions of it look like they were just Frankensteined together in the editing room and ADR suite.  The screenplay offers a clever idea for a heist, but doesn’t know what to do with anybody during the second act. As a result, characters just run around from place to place, coincidentally running into each other just when the movie decides a car chase is just the thing it needs. There are jarring tonal shifts when the bad guys get murdery all of a sudden despite it likely blowing their carefully planned cover story. It’s a real mess of a picture.

Extras included on the blu-ray release include a pair of trailers for the feature. Both of these look like they were taped off of the TV, and then copied onto another tape before being put onto this disk. So, an accurate representation of movie trailers from back in the early 90’s. There is also an audio commentary track featuring film historian Howard S. Berger and Daniel Kremer. Kremer wrote a biography of director Furie, Sidney J. Furie: Life and Films.