Recalling The Father of All Star Wars Parodies

This review of the original DVD release of Ernie Fosselius’ Hardware Wars was not only written by me in 2003, it is among the first regular film reviewing I’d ever done. I’m not sure that it ever saw the light of day anywhere, until now. It’s not embarrassing to me in the least that I found (and still find) kitchen appliances doubling for Star Wars spacecrafts funny. This review, however, IS embarrassing to me today.

In my defense, I have no recollection of actually ever writing this. It’s definitely me, though. Very few people have likely held onto fond memories of Hardware Wars quite as long as I have. Looking back on it, detailed coverage of the out of print DVD and all, is a pure nostalgia trip. And isn’t that so much what Star Wars is all about these days?  (If you somehow come away interested in owning this DVD, it’s readily available via Amazon Marketplace. Please do ZekeFilm a favor and shop through our Amazon Smile link.)

Why post this now? No reason in particular. Although I do hear tell of a new Star Wars movie opening soon. It’s never too late to get the kitchen appliances back out, Mr. Fosselius! 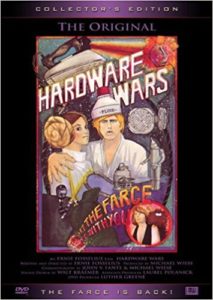 Hardware Wars was the original Star Wars parody film. In this day and age of Star Wars parodies being a dime a dozen, the claim of being the first may not mean much. But back in the days before camcorders and computer video editing software, Hardware Wars was the stuff. Made in 1978, it’s a thirteen-minute, ultra-low budget (but professionally produced) trailer for a non-existent parody film. “A sprawling space saga of romance, rebellion, and household appliances.”

I first saw clips of this comedy gem in an Empire Strikes Back making-of film at the library when I was a kid. The Death Star as a waffle iron? The Millennium Falcon as an iron? C-3PO as the Tin Man from The Wizard of Oz?? My Star Wars-obsessed little kid mind was in comedy heaven. Years went by, and then one day, while my forth grade teacher was apparently killing time by showing the class 16mm films, Hardware Wars came on the screen.

You’ll laugh, you’ll cry, you’ll kiss fifteen bucks goodbye! May the Farce be with you!

It was everything I had hoped it would be, and more. As the narrator says, I thrilled to the adventures of Fluke Starbucker (intergalactic boy wonder) and Auggie Ben Doggie (red-eye knight) as they paired up with Ham Salad and Chuke-Chilla (the Wookie Monster) to save Princess Ann-Droid and stop the evil Darph Nader. I never laughed so hard in my young life. I immediately started dreaming of what Empire Strikes Back and Return of the Jedi Hardware Wars sequels would be like. I got out the tape recorder, and had my brother perform them with me. Eventually, a year or two later, my first two movies I ever made were Hardware Wars-inspired parodies of the V mini-series’. Obviously, this non-sense has a special place in my heart. 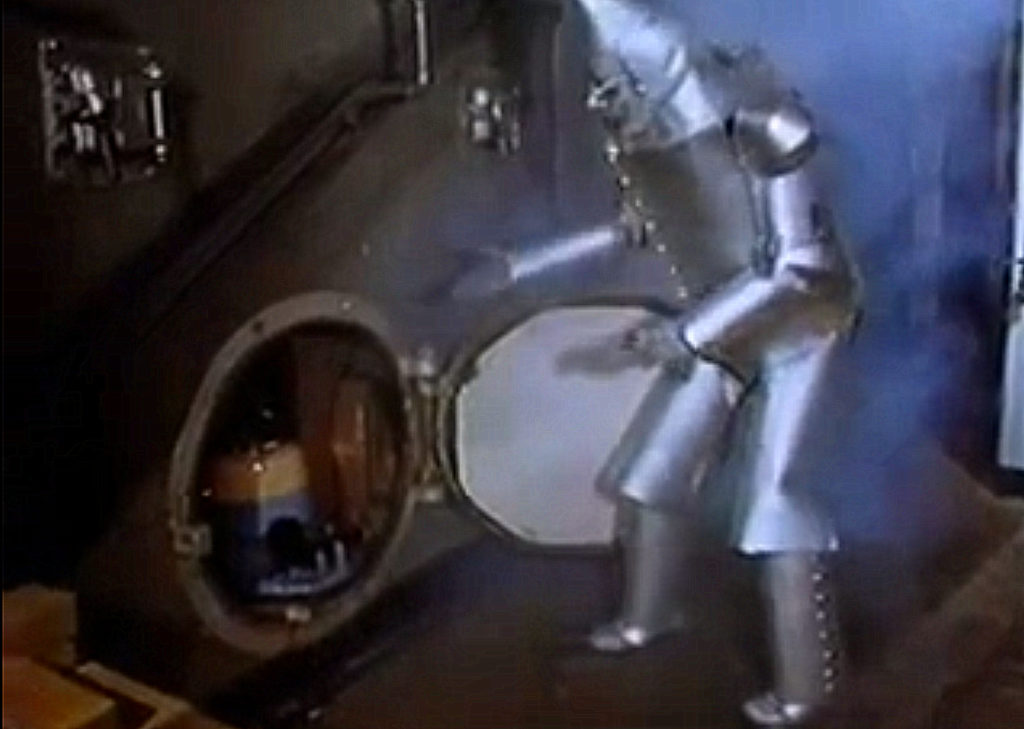 There’s about an hours worth of material on this disc, counting the main feature. Hardware Wars itself is looking pretty good in it’s old age, and sounds just like it always did, with every voice oddly re-recorded, just as it always was. (Guess they didn’t bother with synch sound while shooting it.) The special features are a little disappointing to my adult self, but if I were still in forth grade, I’d probably think they were hilarious. There is a newly created five-minute Antiques Roadshow spoof, which is too long, and not funny enough. Next is the “Director’s Cut” version of the film, not to be confused with a “Special Edition” that came to VHS back in 1997, and isn’t included here for some reason. The “Director’s Cut” is merely out-takes set to the film’s soundtrack, with no effort to match the dialogue and sound effects with what’s on screen. I thought it was amusing.

The opposite of the “Director’s Cut” is the “Foreign Version”, a slightly shorter version of the regular film with non-sensical “foreign” language voice-overs and cliché overseas music. This was one of the better wacky extras. A bit off the mark is the director’s commentary, which is a fake, staged spoof of DVD commentaries. Director Ernie Fosselius does a pompous intellectual take on his film, then segues into a lackadaisical ignorant mode, unable to recall the shoot. Finally, he ends up doing stream-of-conscious babbling, all for comic effect. The shtick gets dull after a few minutes, and left me wishing Fosselius would’ve done a regular commentary. (If Weird Al can, then so can the director of Hardware Wars.) 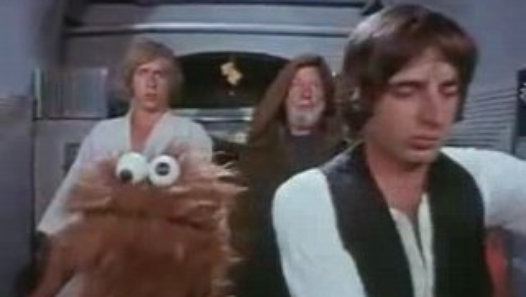 The only legitimate behind-the-scenes perspective is provided by producer Michael Wiese, as he addresses a group of film students (who seem waaaaaay too giddy about listening to him) at the 2001 Cannes Film Festival. At only a few minutes, there’s just not enough of this type of thing. My favorite extra is what I believe is a vintage TV interview with Fosselius. He hams it up during this interview as well, but in this case, his shenanigans are funny. The awkward composure of the host during Fosselius’ shtick leads me to think this may be real. Finally, there are product illustrations from a fake Hollywood gift catalog, offering up such handy items like a Kevlar back-stabbing vest, for survival in the movie biz. “Deflects all manner of sharp objects, including sharp cheese!” Yuk, yuk, yuk!

The extras on this DVD may not be consistently great, but Hardware Wars itself is as funny as ever, especially if you’re in forth grade. (And I mean that in the best possible way!) For the money, this DVD is worth it if you’re a Star Wars fan, a Star Wars parody fan, or a fan of household appliances. You’ll laugh, you’ll cry, you’ll kiss fifteen bucks goodbye! May the Farce be with you!

VIEWERS SHOULD NOTE that during the “Death Star” briefing scene, there’s a quick flash of female nudity. Funny, I know I would’ve remembered THAT in forth grade…! 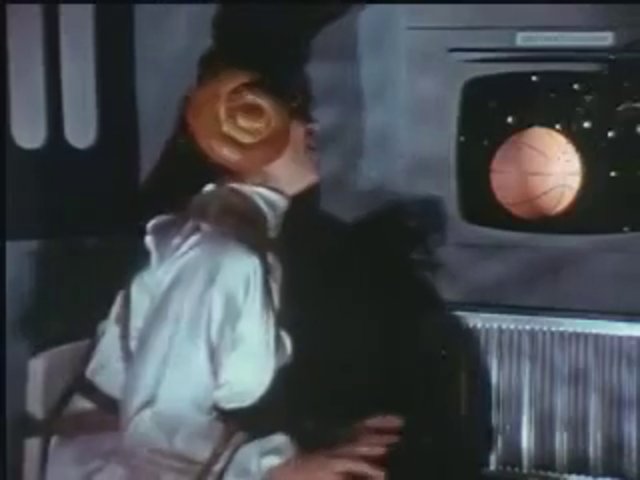