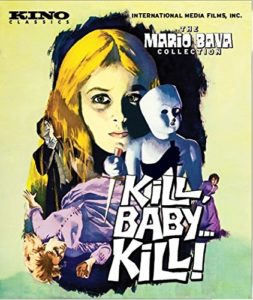 It’s a strange phenomenon that in horror films in particular, it’s a disproportionate number of venerated titles that are known for having done a lot with a little.  The Cabinet of Dr. Caligari.  Night of the Living Dead.  The Blair Witch Project.

Kill, Baby… Kill! deserves a spot amid this horde.  Although Bava appears to have not much more than a few old dilapidated castle-like structures (actual old-world locations, sporting a fresh coat of paint), and a few pieces of nineteenth century wardrobe, he stretches all resources to “peak creepy” levels.  Kill, Baby… Kill! is a gothic period price worthy of any film buff’s attention.

Actually, the vibe and tenor of this film is something beyond “peak creepy”.  With a handful of colored gel filters and a fluid camera in creative action, Bava manages to evoke something yanked from the recesses of an old subconscious.  Something colorful but cruddy, shadowy yet luminous.  All the colors of the dark, indeed.

With a handful of colored gel filters and a fluid camera in creative action, Bava manages to evoke something yanked from the recesses of an old subconscious.

Kino Classics has now released the film on blu-ray, utilizing a new 2K restoration taken from 35mm film elements.  As far as physical media goes these days, the release is one of the more highly anticipated among fans.  Will they be happy?  Perhaps.  To the eyes of this critic, this transfer of Kill, Baby… Kill! is a mixed bag.  Filmic and not lacking in authenticity (i.e., not over-scrubbed and wrongfully tinkered with), it looks like a movie that’s not afraid to show it’s age.  There’s a satisfying grain about it, yes, but also a faded look that one fears may be meddling with the vibrancy to some degree.  That said, the darks are appropriately dark, any urge to over-saturate the transfer clearly having been tempered. 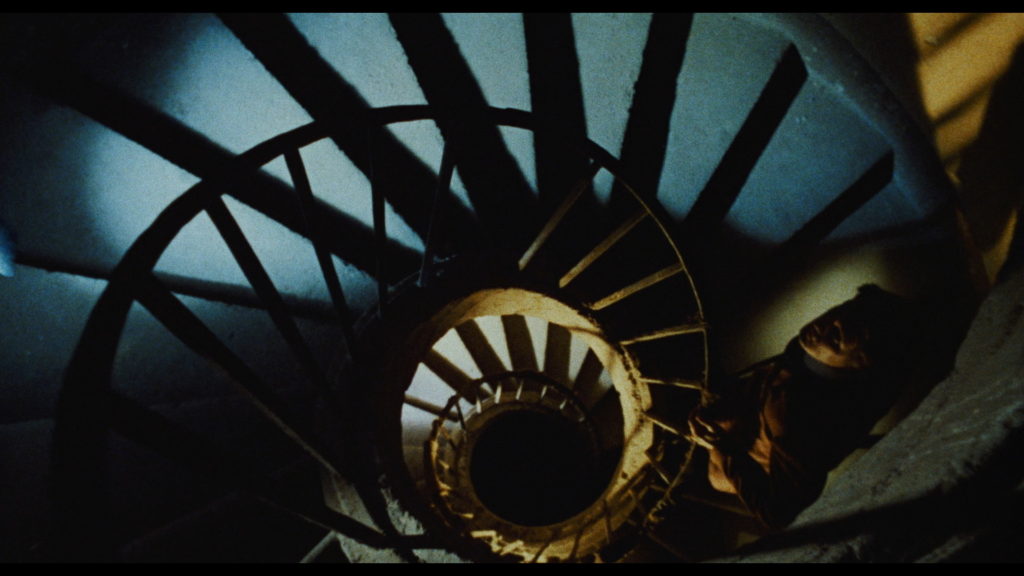 In terms of audio, this is the English dialogue version, with the Italian dialogue (with English subtitles) available as an alternative.  The stock library music, some of which is familiar from other movies that were in similar need (or maybe just Quentin Tarantino referencing them), sounds clean and well mixed.  Bonus features include David Gregory’s 2007 video tour of the film’s original locations with Mario Bava’s son, Lamberto Bava, entitled “Kill, Bava, Kill!”  Bava expert Tim Lucas is on hand with another one of his scholarly audio commentary tracks, and there’s also a short video interview with the film’s female lead, Erika Blanc. Additionally, we get a German version of the movie’s opening title sequence, which is a completely alternate (and superior) take on the start of Kill, Baby… Kill!, and a trailer and some TV spots to round things out.

Simply, in terms of plot, the film is a straight-down-the-line telling of a ghost story, this being a vengeance-driven child ghost.  The village is plagued by a curse, that anyone who sees the glaring, lingering spirit of young Melissa Grabs (actually portrayed by an obviously unhappy boy in a wig and dressing gown) will shortly, surely perish. 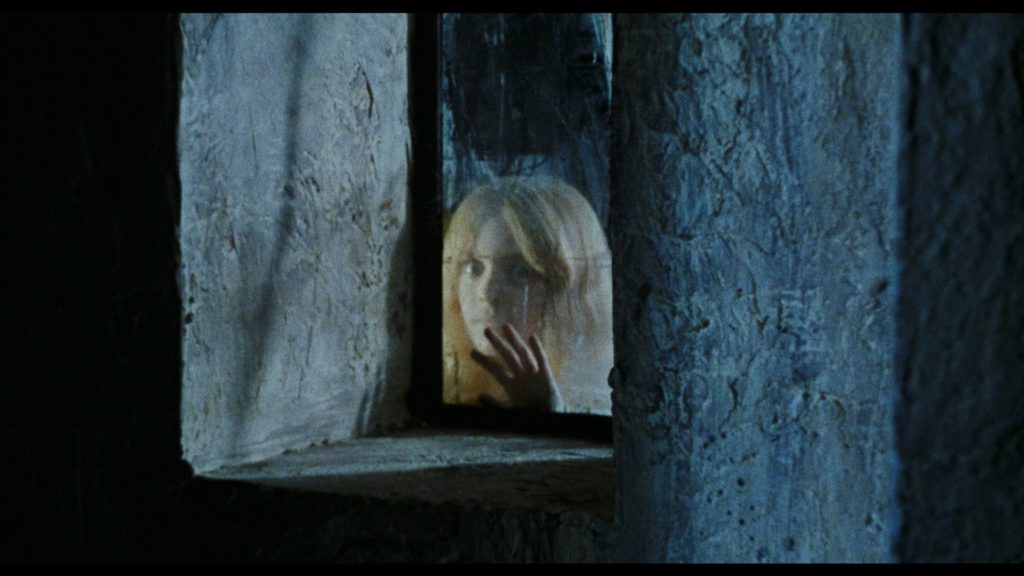 Well coiffed and bordering on dashing, Giacomo Rossi Stuart is a visiting doctor who doesn’t believe any of this “Curse of Melissa” malarkey.  Fabienne Dali, dark and mysterious, is The Sorceress who’s intentions may not be as nefarious as her demeanor, appearance and profession may lead one to assume.

Being a 1966 movie bearing a title like “Kill, Baby… Kill!”, it’s fair to expect something a bit more, say, counter cultural; perhaps copping a beatnik facade.  But Bava’s film – one he remained particularly proud of – is no eerie variation on Faster Pussycat, Kill! Kill!, or what have you.  Truth be told, the far-out title is the only such element in the entire mix.  The movie bore, and continues to bear, an array of odd titles from country to country.  In the English language alone, it’s been known as “Don’t Walk in the Park”, “Operation Fear”, “Curse of the Dead”, and “Curse of the Living Dead”.  More than anything, it’s the gothic influence of Terence Fisher Hammer horror pictures, that is evoked in this 19th century tale of science versus the supernatural. 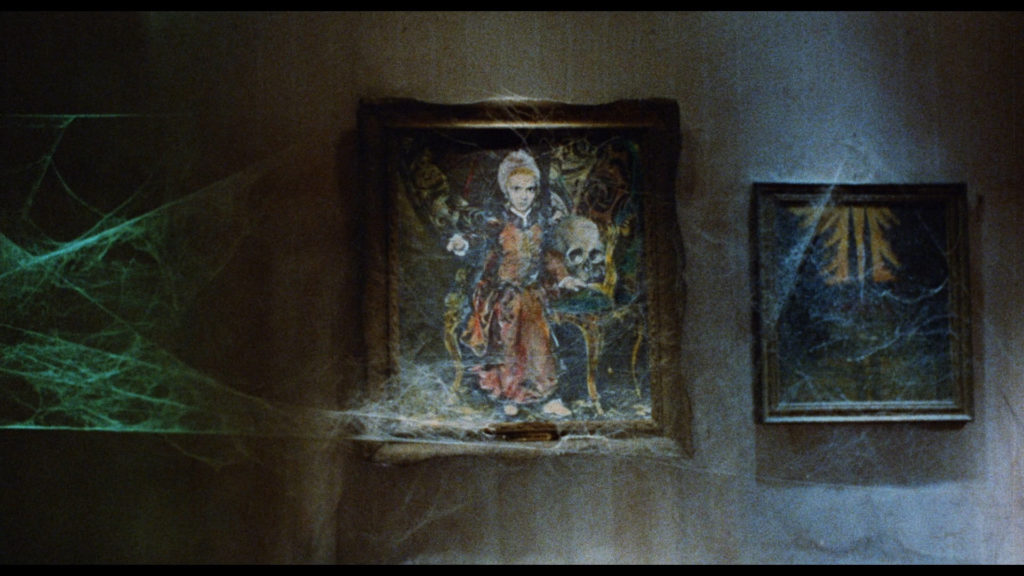 Kill, Baby… Kill! is, then, a mistitled work of notable inspiration; a quickie but goodie for fans of the lucidly macabre.  This was, by all accounts, the specialty of Mario Bava, the flare that made his already outstanding directorial skillset stand out all the more.  That he flourished in the horror genre, as opposed to an area more respected, no doubt cost him the acclaim he’s historically deserved.  That, and the fact that Bava is said not to have been a egomaniacal taskmaster on set.  Why is it the nice guys must finish last?  What horror is that?

What sets Kill,Baby… Kill! apart, though, is Bava’s trademark nightmare carnival of wild greens, purples, and pinks that adorn the caverns and hollows of this picture.  This, coupled with some truly spot-on casting of the junior ghoul in question, gives this ghost-kid horror story a real kick into the realm of the sublime.  It’s clear all the while, though, that Bava found real inspiration in his base story, parlaying that spark into a truly creative vision.  And that’s why Kill, Baby… Kill! positively kills. 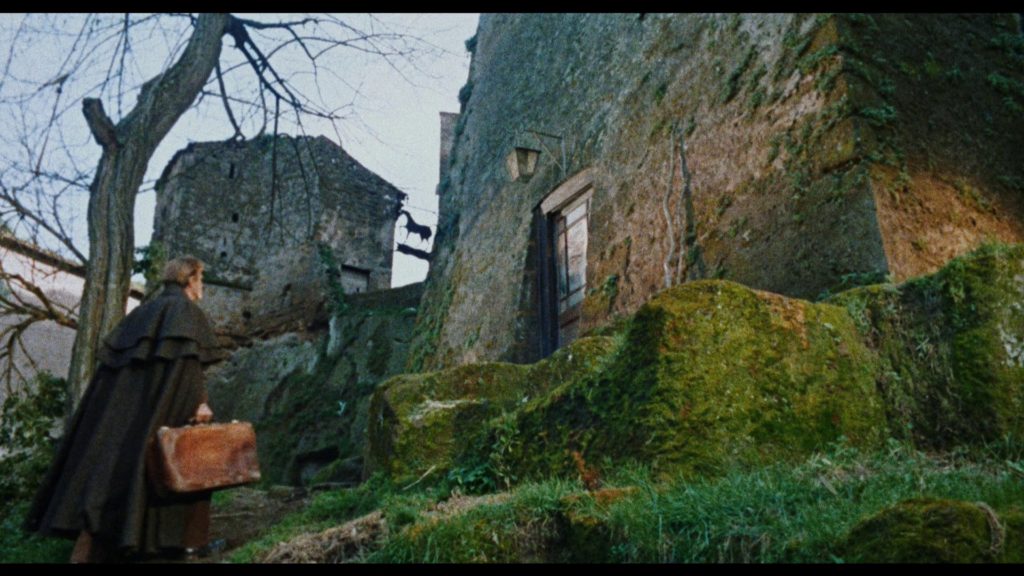