Art… A Way To Think About Life! 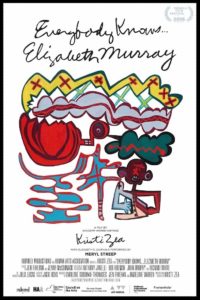 “Is a painting like a nose?” Function, design and development are involved in both but can you change a nose or a painting once it’s in process? If you try does it ruin the original that you started with? This is how we are introduced to the amazing contemporary artist Elizabeth Murray in Kristi Zea’s beautiful documentary Everybody Knows… Elizabeth Murray. She’s been an artist for 40 years, had massive exhibits all over the world and even a retrospective of her work at the Museum Of Modern Art in New York and she’s speaking directly to the mystery and insecurity of creation and art. What a extraordinary way to approach the art world and contrary from what you expect. But Elizabeth is the opposite from almost everything you would expect in an artist. Settled, mother of three, homeless Midwest youth background, non-rebellious and genuinely optimistic, she takes nothing for granted and is daring in her approach to life, family and art. 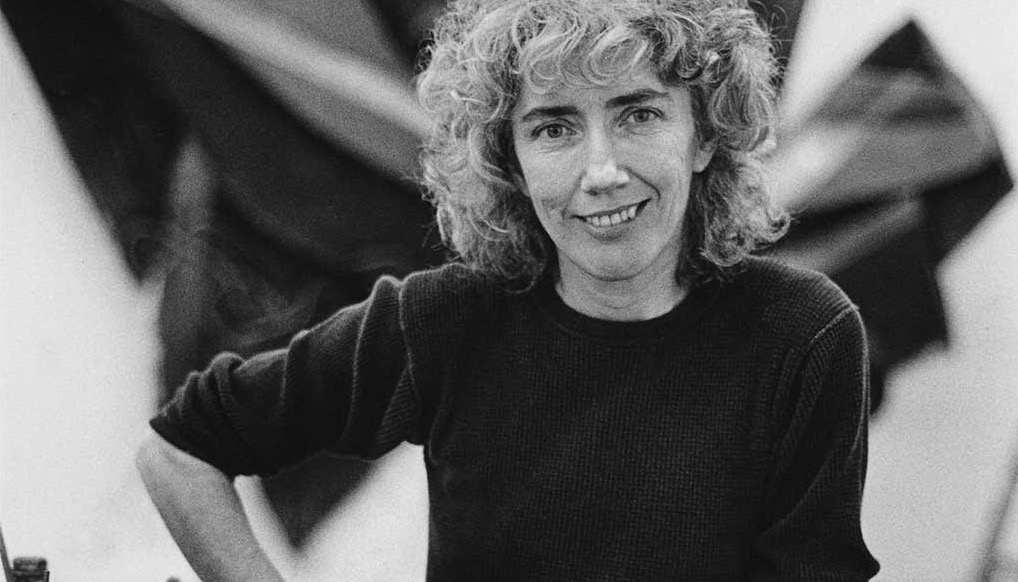 “An artist is not just someone who signifies art but it’s a way of thinking about life, a consciousness of the magic of life.” Elizabeth Murray

Throughout the 60 minute documentary Zea takes you through the life and art of Elizabeth Murray with a few of her very talented friends. Chuck Close, Roberta Smith, Adam Weinberg and many others speak to Murray’s art and how it developed during the 80’s, 90’s and 2000’s. Zea also includes intimate sections of Murray’s own journals read by the perfect Meryl Streep. Through inflection, laughter and empathy Streep gives you a front row seat to the emotions and thoughts that ran through Murray’s vibrant mind. And speaking of vibrant, let’s talk about Murray’s groundbreaking art. The words that get used to describe her work are “Zany, Wacky and Unusual” but I would describe her as Fearless! Her art is bold, she did not observe the boundaries that women were supposed to adhere too. She created giant, abstract jigsaw puzzles that were complicated to understand, exhibit and sell. She chose tongue-in-cheek titles for her work like “Do The Dance” and “The Lowdown” that play with gender and social constructs. Her most powerful tool was her color palette. The bright and vibrant primary colors were an audacious choice but they showed her playful and cheerful side in a moody and sometimes monochromatic world. Murray put content into abstraction and she made it personal, that was completely new. She fractured her canvases with that content and that was groundbreaking! She had her own idea of beauty, each piece tells a story and there’s a sense of home shared, a warmth conveyed.

“She was a feminist without having to talk about it!” Zea makes sure to talk about the boy’s club that is and continues to be the American art scene. Murray faced discrimination early in her career and was truly a “starving artist” taking on any odd job to feed herself and her son. But through determination, discipline and drive she found opportunities that informed and progressed her own art form. By the 1980’s she had solidified her place in the art world because of her talent. She was creating artwork that made sense to her, and people liked it. That is a huge accomplishment! Chuck Close put it this way, “The Magic happens when you are doing your own thing and at the same exact time, the art world wants exactly what you are creating. It’s a rare coincidence when it lines up this way.” This is what women can do, this is possible! As a female artist, Elizabeth Murray is an encouragement, a true example to follow. While I respect the louder voices of feminism in the arts, I realize that I am naturally a little more reserved and inward. It is beautiful to see a talented woman making a statement and being recognized while at the same time raising a family, retreating to a farm and living her normal life. Everybody Knows… Elizabeth Murray is important, relevant and needed for today’s culture. We need these stories of women to guide us through the rough waters of 2017 America. Zea does show Murray’s family life. Through home videos and interviews with her children and husband we are given an intimate portrait of a woman that loved life. The fight to have a personal life but also find time and effort to create is real, we all feel this struggle. Zea takes us to Murray’s country studio and the studio in New York and we are allowed to watch her paint. It is a treat to witness her technique and materials and also her creative process and preparation for each new work. We also see how important the relationship is between an artist and the curators of the gallery. Trust, loyalty and honesty are key to that relationship. As you can tell this is a wonderful film, complete and vast in it’s content. Zea weaves so much beauty into Murray’s already astonishing story that I could write on it for days! But I want you to see it for yourself and be amazed and encouraged by the colorful and simple life of Elizabeth Murray. Everybody Knows… Elizabeth Murray is available on DVD and streaming on October 24th, 2017 from Kino Lorber.