We Still Dream of Electric Sheep…

With the long-awaited arrival of Blade Runner 2049, I’ve excavated my original review of the then-brand new “Final Cut” of Ridley Scott’s original sci-fi noir classic, starring Harrison Ford, Sean Young, and Rutger Hauer. It was 2007, and I’d only been reviewing movies regularly for a few years. So, the usual disclaimers apply about how I was young! Inexperienced!  And didn’t know any better…!  Nevertheless, I do stand by my points made in this review. I now present it, slightly tweaked for improvement, to hopefully assist anyone who may still be in the dark about which version of Blade Runner to watch. 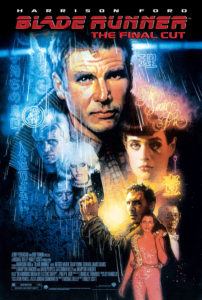 It’s been said that if you fell in love with cinema via science fiction in the last few decades, you are most likely either a Star Wars person or a Blade Runner person. Regarding the relatively small pantheon of monumental sci-fi films of the past thirty or so years, the latter film has had to prove itself and allow itself to be discovered and rediscovered in ways that George Lucas’ space opera never had to endure.

Ridley Scott’s postmodern visual feast may’ve been a critical and commercial bewilderment upon first release twenty-five years ago, but now has ascended to a place of glory among fans, critics, and film history. And rightfully so – Blade Runner is at once a vibrant visual spectacle and an intellectual endeavor bursting with ideas, possibilities, and warnings. The question is, exactly which version Blade Runner should history cling to most tightly?

A brief history: roughly ten years after its original theatrical run, its popularity was such that Warner Brothers released “The Director’s Cut”, a new version with previously unseen footage and the elimination of the notorious film noir style voice over narration that Scott disliked so much in the original version. The world rejoiced, and the original version literally became a murky, washed out pan-and-scan memory, banished forever to the realm of old VHS tapes – doomed to vanish along with their resident mom and pop video rental stores. Finally, Blade Runner had the last bit of validating dignity it needed, and Scott’s true vision of the film was a reality. Or was it? 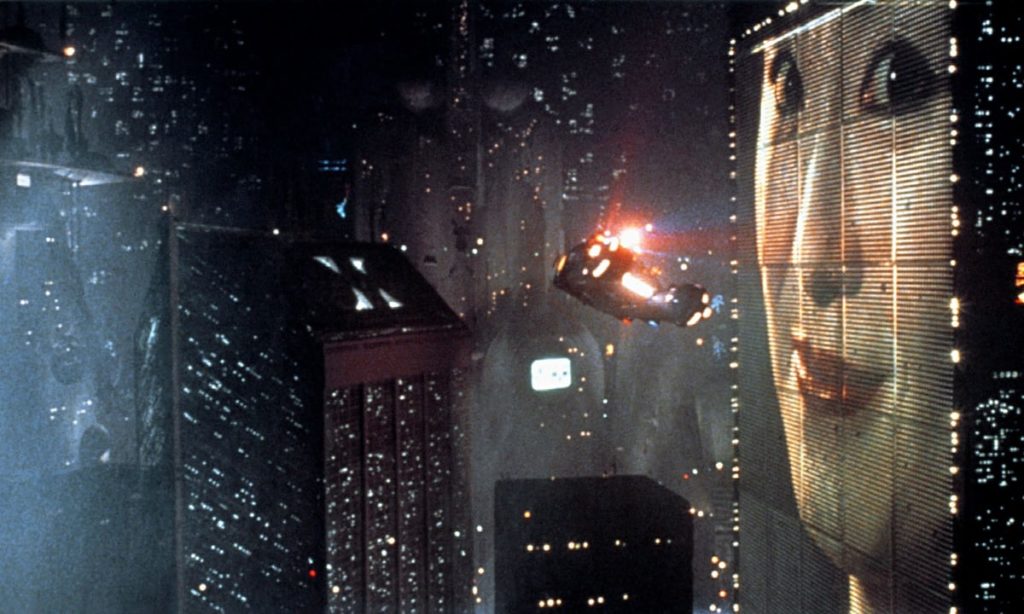 I for one was, and proudly still am, a Star Wars person. Consequently, I never saw Blade Runner until “The Director’s Cut” came along. Upon finally experiencing the film, I came away with mixed feelings. I know, how could anyone have anything but raw adoration for freakin’ Blade Runner?!? Well, I can safely say that while I could certainly appreciate the film, “The Director’s Cut” failed to change my life the way it was supposed to. Maybe I was simply too young, but for whatever reason, I found the narrative oblique and kind of un-engaging. I knew that this wasn’t right, so I bought the tape, in an attempt to force myself into becoming a fan. No dice, really. It wasn’t until I managed to get ahold of one of the previously mentioned dusty old copies of the original version – darn close to an endangered species at that point – that I was able to dig it a little more. For me, the voiceover (but not so much the happy ending) offered appropriate flavor and texture to the strong film noir vibe that was going on in the film’s rainy futuristic urban world. And yet, this wasn’t how Ridley Scott wanted me to see it.

As conflicting as this was, I resigned myself to the fact that I would never be a Blade Runner person, and it was time to move on. In the meantime, I found myself working on the set of one of those gawd-awful made-for Sci-Fi Channel movies, and meeting a former member of the Blade Runner prop department. For him, Blade Runner was just another job that was many years and many paychecks ago. But when pressed for stories, he revealed the kind of perspective that embellished film history has no room for. In short, it was production hell. As a film industry professional, I know that such situations almost always stem from the director’s attitude and treatment of others. Perhaps that explains why Ford’s performance is far more in line with the dour, lifeless Ford of today as opposed to the often vibrant and humorous action persona he was riding high on circa 1982. 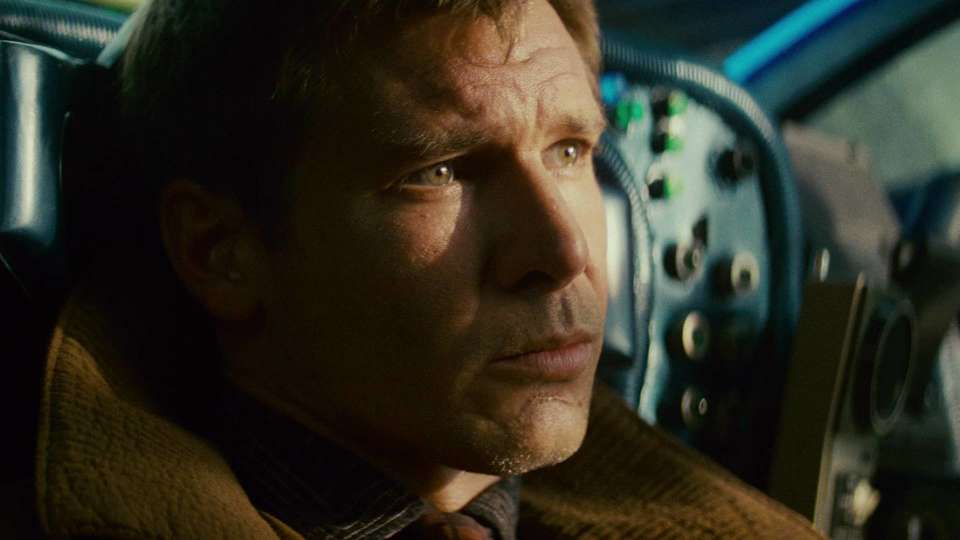 Whatever dirt one may scoop onto Blade Runner, the influence of the film cannot be understated. Scott was at the top of his game with this film, and its visionary likeness has rarely been equaled. But Scott still wasn’t happy with “The Director’s Cut”, which, as it turns out, he had little to do with after all. Hence, Warner Brothers, looking to commemorate the film’s twenty-fifth anniversary, took the opportunity to allow Scott to do his “Final Cut”, now playing in limited theatrical release, and coming to DVD next month.

Having been a mere appreciator if not a hardcore believer in the greatness of Blade Runner, I have to say the digitally projected “Final Cut” is a revelation. (And yes, the narrative flowed just fine for me now.) The restoration and improvements to the picture and sound are absolutely glorious. Yes, Scott did some minor reshoots in order to correct a few glaring flaws with the previous version, (I am not well versed enough to pick them all out), but their very invisibility confirms they’re only a few very subtle tweaks and changes, purely in the interest of correcting nagging flaws and strengthening the original vision. A wire-removal here, a trimmed edit there. 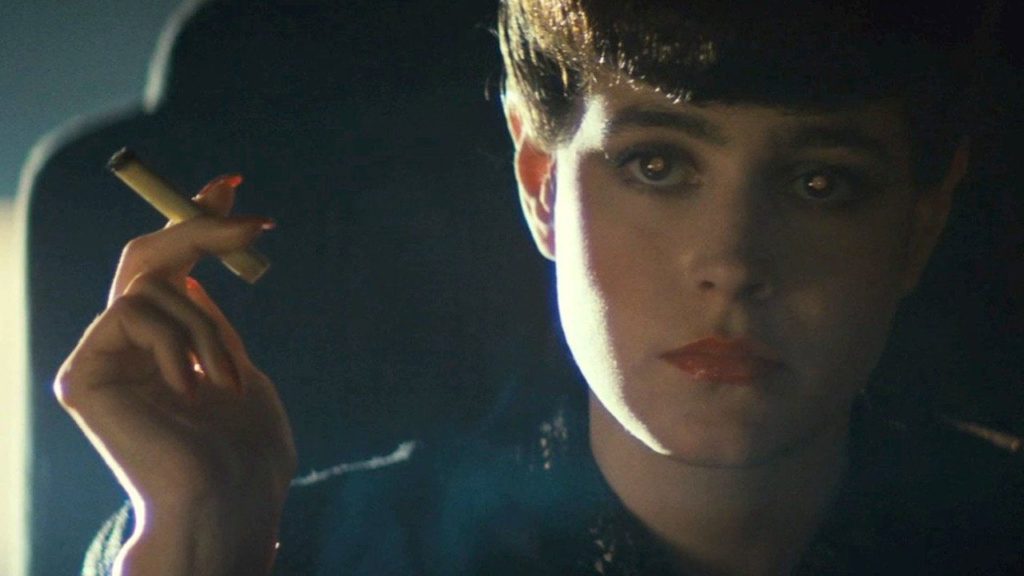 This cannot be considered historical revisionism, since all previous versions will be available on DVD next month alongside this new version, thus simultaneously preserving all the different cuts while also presenting the director’s ultimate final version. Despite my loyalty to George Lucas and Star Wars, I have to say that this is how this sort of thing ought to be done. Nothing has been “erased from existence” or forever vaulted – quite the opposite. The beauty of it is that history doesn’t have to choose which version to cling to most tightly – we will have them all.

Volumes have been written about the various texts, subtexts, and ideas that make up Blade Runner, so I won’t tread those particular waters here. But I will say that whether you’re a longtime Blade Runner devotee or a fair-weather fan like myself, this new version is not to be missed, particularly if you are fortunate enough to have a theater screening it in your town.