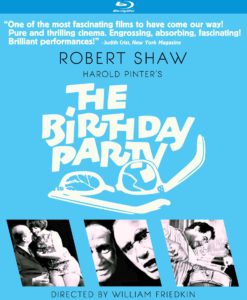 Released 10 years after first appearing on the London stage, William Friedkin’s second feature translates Harold Pinter’s second play to the big screen with all the forceful quality of a combined sophomore effort. Filming playwright Pinter’s own script, director Friedkin evokes the menacing highs and moody lows of a legendary stage production that combined farce and terror in ways that shocked and unnerved its original Lyric Theatre audiences. Placing viewers both visually and aurally near to sights, sounds, and especially situations and spoken lines whose import remain ambiguously unclear to its dramatic victims – and possibly even to its perpetrators – William Friedkin’s 1968 film of Harold Pinter’s The Birthday Party retains the essential ingredient of the absurdist play’s most successful stagings: unnatural dread naturally arising from the everyday and the commonplace. 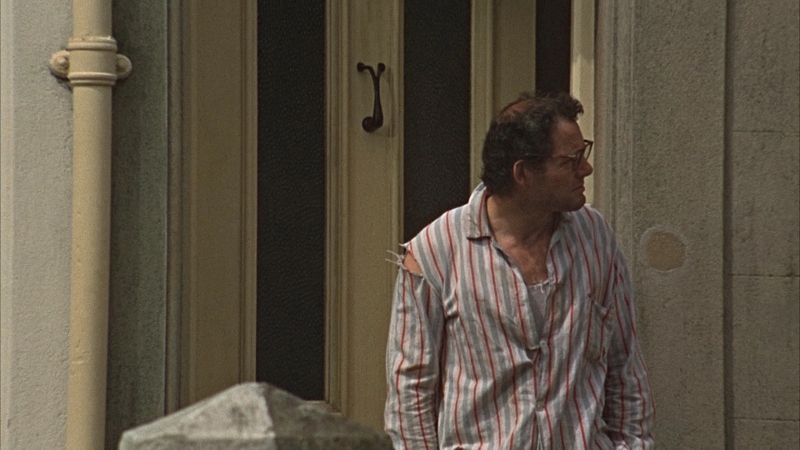 Aging couple Petey (Moultrey Kelsall) and Meg (Dandy Nichols) run a dilapidated boarding house that has seen better days, their sole lodger a onetime piano player suffering from confinement and an unnamed nervous condition. Stanley (Robert Shaw), the very image of “disheveled” from the early morning to late evening action of the play, sporting a torn sweater and beads of glistening flopsweat throughout, is roused from a sleepless night by lukewarm tea, bland fried bread, and the gift of a child’s drum on what he persistently insists, to the deaf-turned ears of doting landlady Meg, isn’t his birthday. Powerless to stop its unwelcome observation, however, Stanley is later beset by the equally unwanted attentions of two new guests arriving midday (Sydney Taffler, Patrick Magee), one open and gregarious and the other guarded and dour, who surreptitiously engage Stanley – for entirely unexplained reasons – in intense interrogation and psychological torture within the otherwise non-threatening suburban parlor before, during, and after the title celebration. 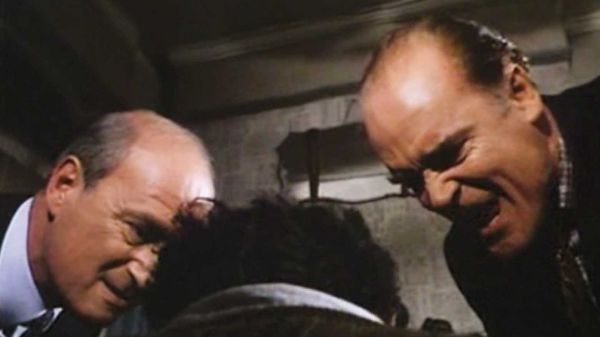 In short, it’s a very bad birthday, and though arriving well-dressed and well-groomed next morning at the breakfast table, after submitting to a wearisome evening of song, dance, blind man’s buff, and Gestapo tactics, Stanley is zombie-like powerless to respond to the concerned queries of landlord Petey while being led away by the departing pair of ambiguously malevolent miscreants.

With the hiss and crackle of corn flakes, the deliberate shredding and tearing of a daily newspaper, and the slow slurping of the morning tea, The Birthday Party is set around the uncomfortable edges of the day, where the routine and ordinary are suddenly transformed into something quite other. Undefined through its 123-minute running-time, as in the play it adapts, the unknown source of dread is mirrored by the increasingly claustrophobic character of its setting, with Stanley peering through the sideboard or cowering in a kitchen corner as he awaits the next round of questioning he is powerless to evade or escape. 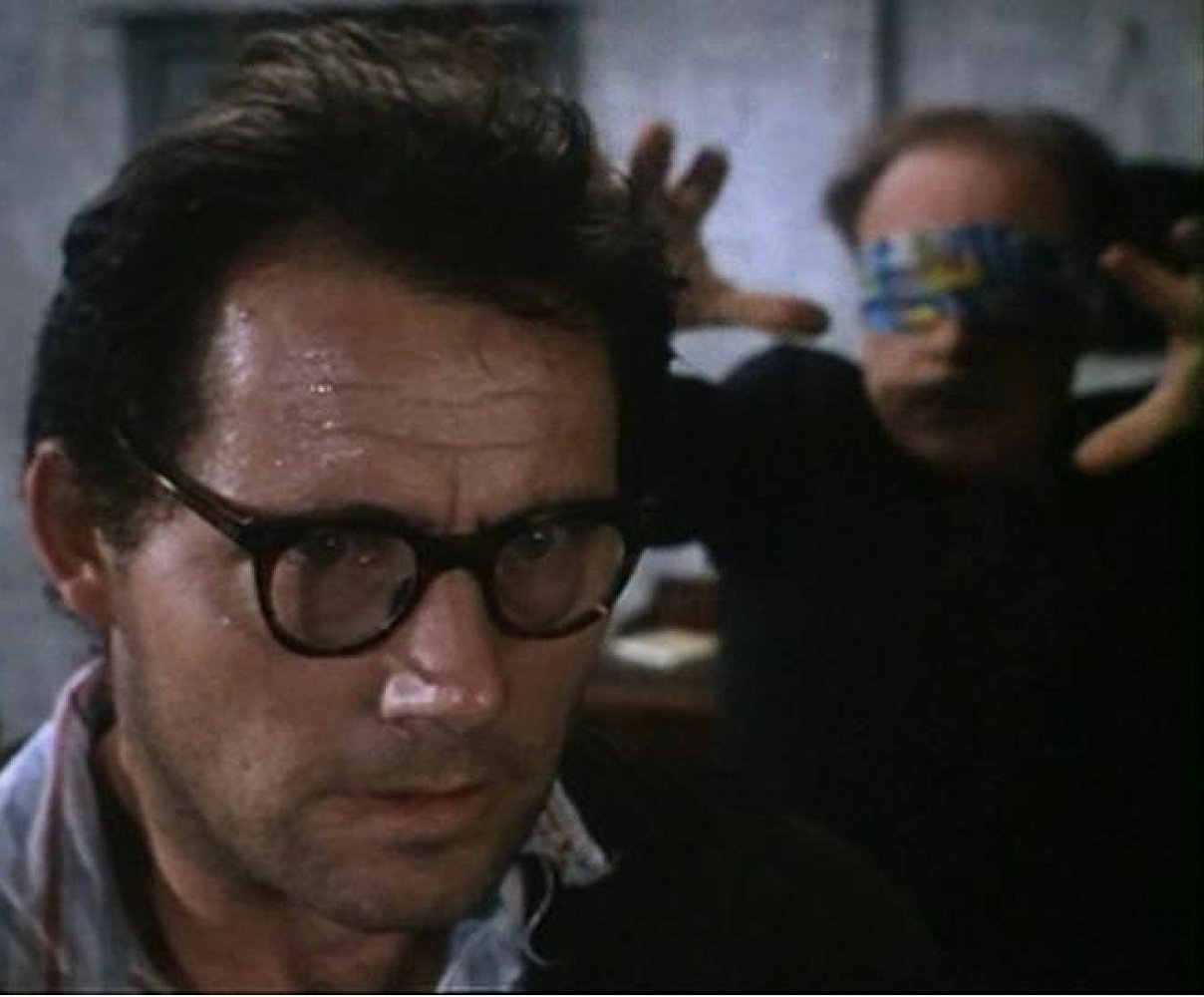 Kino Lorber’s Blu-ray presentation of this 49-year-old chamber piece is especially effective in conveying the ratcheting tension of its deliberately exaggerated soundtrack and purposely distorted visual scheme. Bordering on Cozy-Residential Expressionism, with overhead angles and unflattering close-ups making Robert Shaw’s bald spot a character in and of itself, The Birthday Party finds enough that’s disturbing in those 45 vulnerable minutes before one has showered and shaved to feel the full import of one of the mysterious strangers’ initial comparison of a just woken man to an “unwashed corpse”. With lines and exchanges that may resonate long after first hearing them, Pinter’s dialogue powerfully denotes those early morning jitters either exacerbated or dispelled by one’s first cup of coffee or burnt bit of toast.

Along with a usual trailer gallery of other Kino Lorber releases, a 25-minute interview with William Friedkin completes the disc’s special features, and the director is both straightforward and non-reticent about the interpretive and allegorical underpinnings of the play – ranging from the philosophical to the political – along with production details and reminiscences that contextualize both its florid style and cool reception. A film that lost money in the short run but gained a strong following in the long, Friedkin’s film of Harold Pinter’s classic play remains a good introduction to a heady period of theatrical experience while also surprising film-viewers, particularly those averse to “camera plays”, with its forcefully cinematic presentation.

The images appearing in this review are used only as a reference to the film and are not meant to reflect the image quality of the Blu-ray.