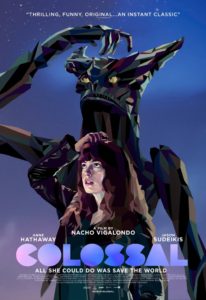 A Monster With Seoul

At the moment, COLOSSAL is playing in only two theaters here in LA, and I don’t know that it’s getting a wide release. However, should you find it in your town, or perhaps soon at your Redbox or favorite streaming channel, please go for it.

Anne Hathaway, starring and executive producing, lets herself get messy in a more down-to-earth and less theatrical way than in Les Mis, as the hapless and down-on-her-luck lead character Gloria. In a gender twist on the usual trope, she’s unemployed, drunk, and crashing with her kind and successful boyfriend, who finally has enough and packs her bags for her. She retreats to her childhood hometown to figure things out around the same time a giant monster starts appearing in Seoul, Korea.

The story cuts refreshingly to the chase, establishing the connection between Gloria and the monster within minutes, and roping her friends into the situation. Gloria’s pretty smart, both in how she discovers her connection to the monster, and about how she convinces the other characters of said connection, which keeps her relatable even as she struggles with her irresponsibility and emotional damage. The movie’s tagline, “There’s a monster inside all of us,” feels like it could be too on the nose, but Gloria and her story evolve beyond that simple theme, and even past the original premise, in satisfying ways. 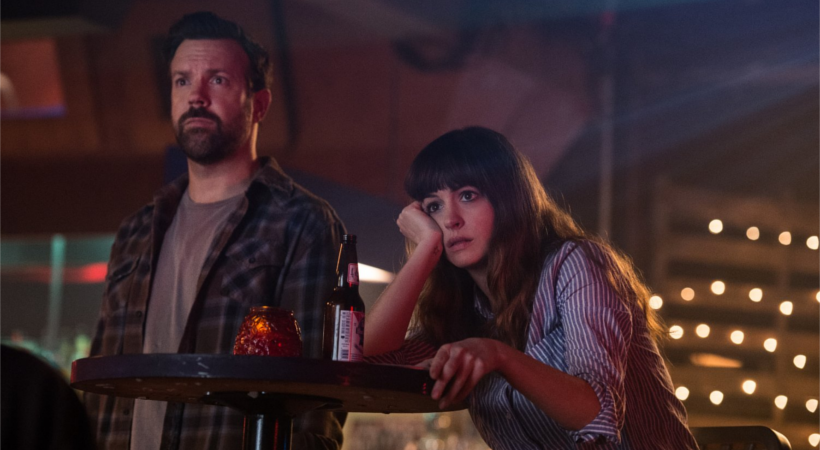 I haven’t yet mentioned Jason Sudeikis as Oscar, one of Gloria’s old hometown friends, mainly because his character’s arc is part of that surprising evolution. Without spoiling anything, I’ll say that his performance is in the grand tradition of comedic actors stepping up to show how effective they can be at complex drama. His character clearly seems to be set up for one plot purpose, but writer/director Nacho Vigalondo has other, more thrilling ideas, in mind.

As the story unspools, its scope grows, and it becomes a delicious mish-mash of a handful of different genres—romantic comedy, sci-fi/fantasy, action, small-town drama, suspense thriller, and of course, monster movie—without ever feeling like the film is confused about what it is. In fact, it needs to be all these things to tell the story it’s telling. 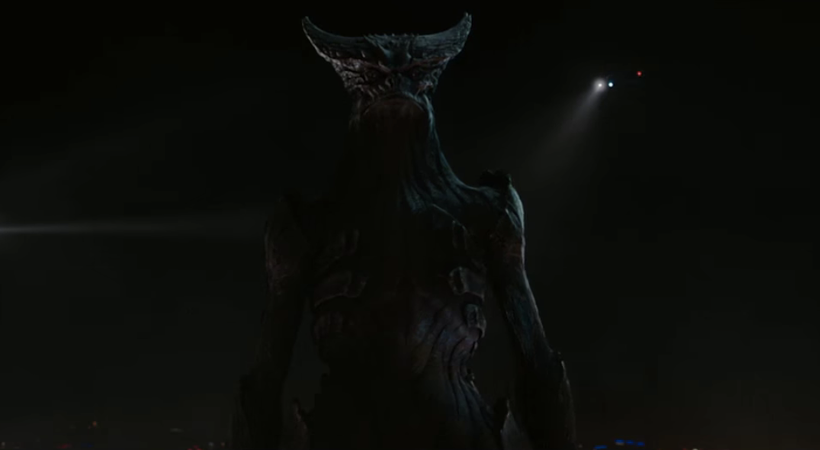 If I have one small gripe—aside from the movie’s apparent lack of a wide release—it’s that Dan Stephens as Tim, Gloria’s longsuffering boyfriend, goes a bit underused. He’s been great lately in work like The Guest and FX’s Legion, and I hoped to see more of him. At least he gets to use his native British accent here, and be generally adorable.

At a time where the middle ground between art-house indie and bombastic blockbuster seems desolate, COLOSSAL incorporates elements of both, and hits the difficult notes it’s trying to play with confidence.