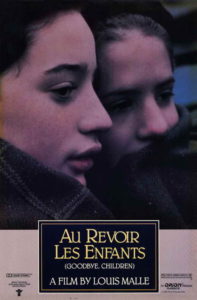 1944, a Paris train station, and we know director Louis Malle’s autobiographical avatar, Julien, immediately: the puff-chested 12-year-old who yet cries into his mother’s shoulder that he wants to stay with her. Julien is small, but once he’s arrived at his destination, an all-boys Roman Catholic boarding school, he’s a pretender to his own territory, all “I’m not someone to be messed with” toward the new student assigned the bunk next to him – an awkward but kind boy named Jean. In Malle’s typically gentle style, the movie opens up slowly, like a short story of quiet observations. Julien watches, with growing envy, as Jean, with intelligence and humility, does everything better than anyone else – write essays, play the piano, stand cool and long-suffering as he’s tormented by the other boys.

We wonder alongside Julien who this strange boy is, why does he pray secret prayers at night, why is he pulled away when the soldiers come around snooping… just who is this mysterious soul who seems to naturally absorb oppression and ridicule – almost as if it were a learned trait or a handed-down family custom? He eventually learns the boy is Jewish and he’s been taken in by the school’s monks to hide him from the Nazis. The collision of these two brands of innocence make up the inevitably swelling conflict any friend faces at the nexus of loyalty and fear. 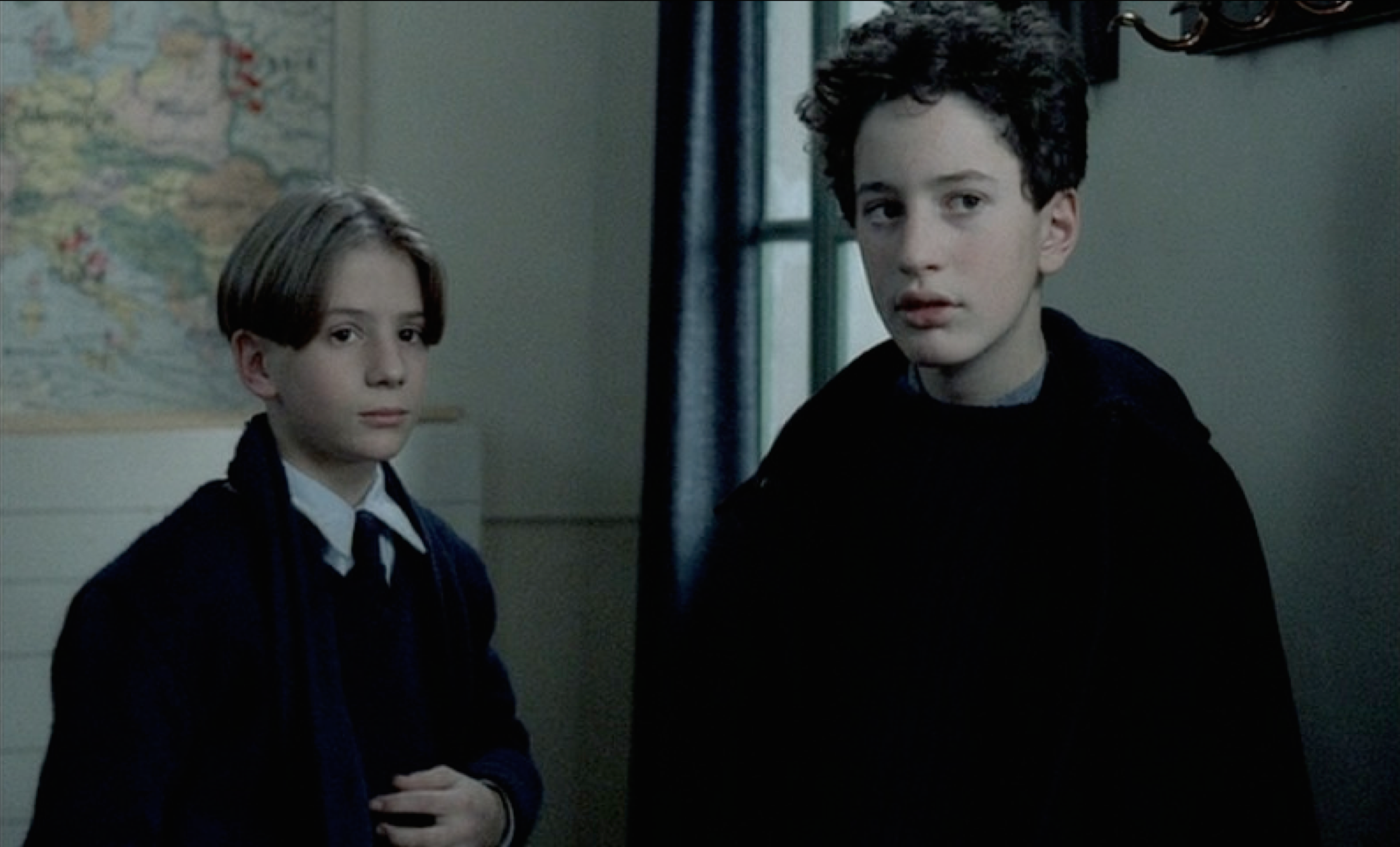 There’s a spiritual link to Truffaut’s The 400 Blows in the descriptions of the life of a malcontent and rebel inside of an academic structure, but also to all of honest French cinema going back to Renoir and Bresson – a desire to get underneath of life by reflecting it as realistically as possible. There’s nothing here to call attention to filmmaking proper, except as it extends to reviews like this, which can only retreat into studied honor at the overwhelmingly sensual simplicity of his frames and scenarios. And there’s also an unlikely spiritual connection with the standard prison film – a sluggish 20-something, Joseph, who works as an assistant in the kitchen, acts as a buyer and seller of contraband, and it is he, with his naturally fluid loyalties, that eventually ushers young Julien into a heartbreaking understanding of the adult world. Joseph is the man we hope to never become in times of war and desperation, while Julien can only retreat silently as the “so pious” witness to the breakdown of honor.

Meanwhile, stoic Jean endures the indignities and imposed shames of the longer-tenured kids. He is perfectly cast by a young actor much taller than the rest his age, so that even though he’s hidden, per se, from the “bad guys”, he can never easily be hidden from the good ones. The boy’s quiet, intelligent face is always calculating a way around the guilt he naturally feels: he knows he’s being hidden out of kindness, but only because he’s one of the race so hated by his own countrymen that they’d cede power to their ruler to cast them out. The film joins the pantheon of others that show people enjoying a film – this time, the children and monks laugh at a projection of Chaplin’s The Immigrant, whose theme of Tantalus-like proximity to freedom being thwarted by cold authority reflects on the face of poor Jean as he watches. 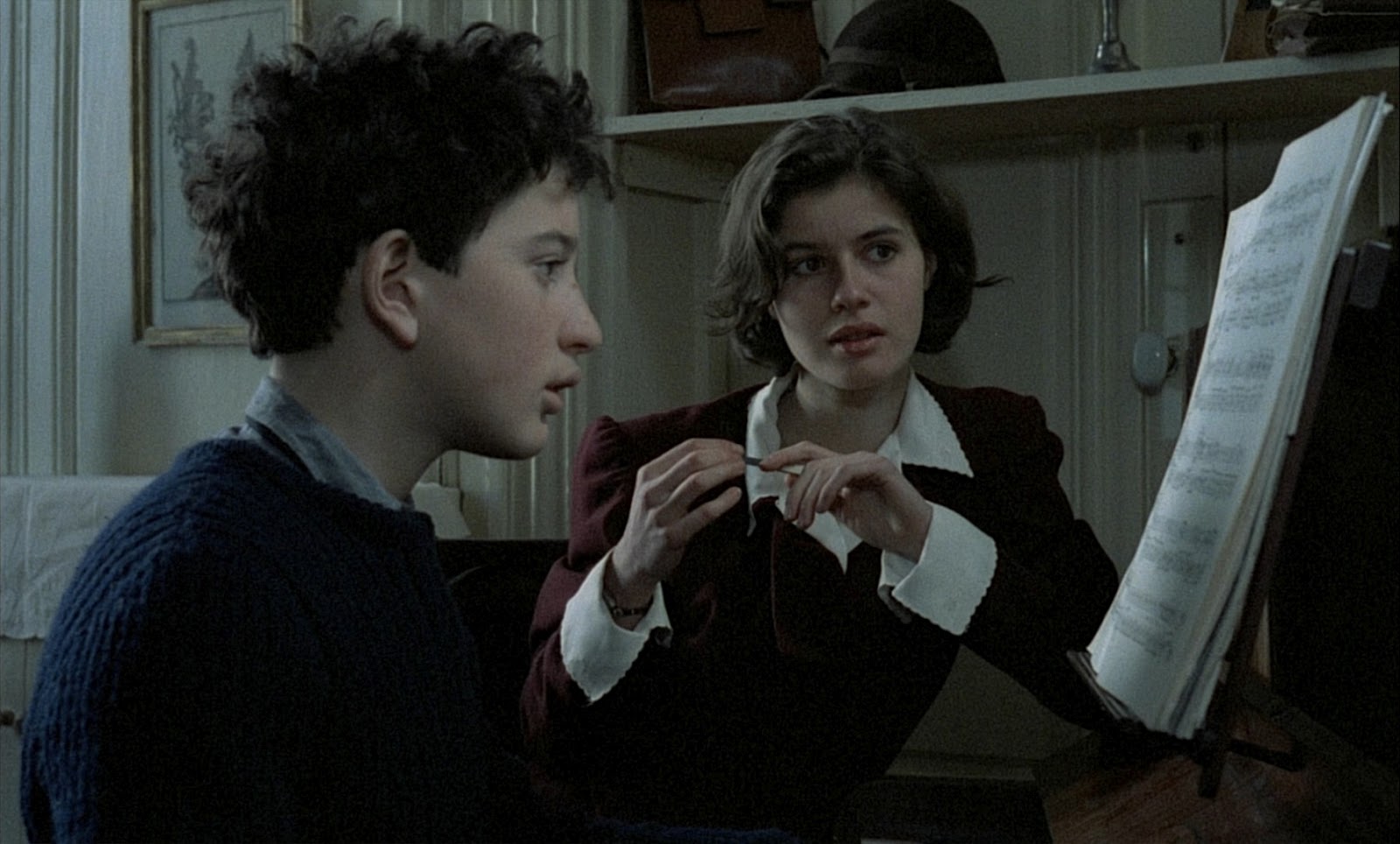 As history repeats, themes from older movies suddenly light up the screen with resonance. Such a scene is set at a restaurant where Vichy collaborators try to oust an old Jewish man from the premises. Our heroes look on, but are as helpless to stop it as the old man is. When a nearby German soldier shoves the collaborators out, it’s seen as a generous act, but who would offer a thank-you to a man who tilled the ground for collaborators to exist in the first place? Themes of trust – in government, in each other – run through the veins of the film, Louis Malle’s autobiographical masterpiece, based on an incident at his own Roman Catholic school during the war. It’s mixed up with emotions as disparate as fear of the powers that seek to oppress and simple love for simple friendship. The movie feels older than it is, testament both to Malle’s command of the era’s mise-en-scène, and the deep connection to his own well of emotions over a fast friendship ripped away by dark forces beyond his understanding. It’s a bleak movie that yet sits warmly in the memory, resting as it does on the power of friendship, or the memory of it, to somehow relieve lingering feelings of loss.