It was a long week at summer camp. As a camp counselor I had to deal with teen hormones, falls from bunk beds and wicked bad french toast sticks all before 8am each day. At the end of the week I needed to unwind, to be a proper adult and to not be around another human for at least 24 hours. I made myself a Dark & Stormy and settled in for The Others. Alejandro Amenábar’s 2001 thriller had always gotten the best of me. I had tried several times to watch it but could only get about 30 minutes in before shutting it off and watching Bob’s Burgers until I fell asleep. But this viewing was different. Last October, with the help of my friend Tim, I started to train myself in the Horror genre of film and that training paid off. I made it through The Others and slept like a baby that night! I knew that I needed some more training so at the beginning of October I started by watching some Alfred Hitchcock classics. 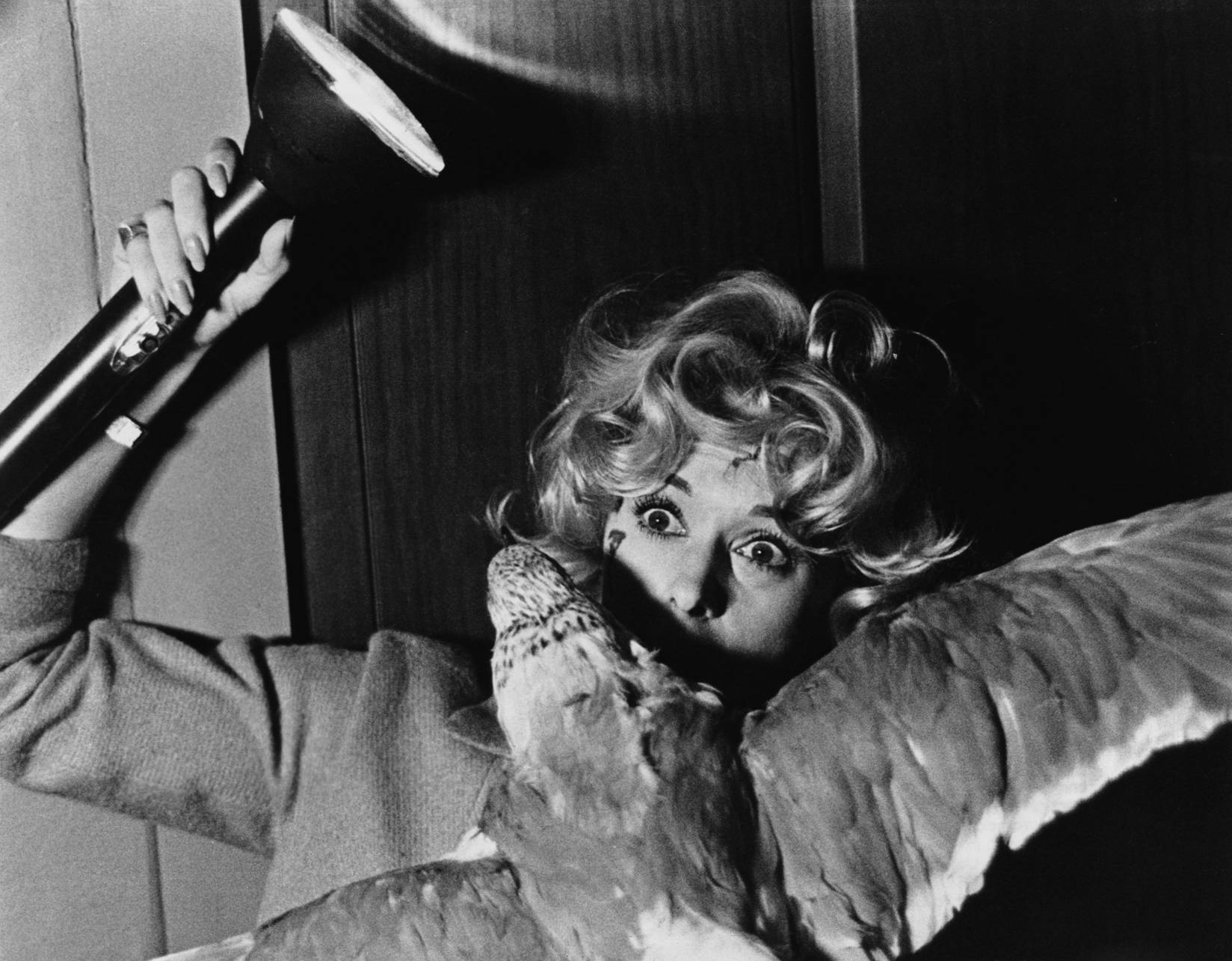 I avoided all Hitchcock films until college when I finally saw Vertigo and Rear Window, but I was too scared to watch Psycho or The Birds. But not this year. I borrowed both from my friend Tim, bought a pumpkin pie and readied myself for some suspense. (HORROR FILM TIP: If you are scaredy cat-like me, and you want to give some of these films a try, you gotta have a friend that will listen to you and guide you through it.) I loved both Psycho and The Birds, they were great stories full of suspense and charming 60’s style. But between the two The Birds was my favorite. It reminded me of the silent films of the early 1900’s and I loved the main character Melanie Daniels (Tippi Hedren). That Hitchcock played on something that we take for granted, birds, really interested me. It’s not a monster or a demon, it’s nature! Hitchcock is a great start to any Halloween season, he’s classic suspense without too much gore and his films are a true beauty to behold. This got me thinking… “What other classics had I missed out on?”

“I was scared, relieved, and then laughing at how fun a shock it was. BRILLIANT!”

The Shining was up next and I was ill prepared. First of all, Tim didn’t recommend it, Facebook peeps did, and the Facebook peeps disregarded my concern about demonic horror films. (HORROR FILM TIP: You gotta know your own boundaries, and also recognize that you  become desensitized as you watch horror/thriller films.) I have enjoyed other Stanley Kubrick films so I thought The Shining was a no-brainer right? NOPE! Kubrick messed with my head, let me rephrase, Jack Nickolson chasing Shelley Duvall up those stairs messed with my head, and sleep eluded me that night. Between Kubrick’s editing, that creepy finger friend (Tony) with the weird voice, and the overall possessed vibe from the hotel I was effectively creeped out! While The Shining is a film I probably will watch again NEVER, I will say it’s a classic for a reason. It’s a good horror story and Kubrick knows what he’s doing. After that I needed something lighter, funnier, campy even. I turned to the Horror films of the 80’s and one of them became a favorite.

I watched John Carpenter’s The Thing, Fred Walton’s April Fool’s Day and Joel Schumacher’s take on vampires, The Lost Boys. I think I love 80’s Horror films, it’s my generation and there is something endearing about that atmosphere. Let’s start with April Fool’s Day, if you want a campy horror film this is for you. Set on a remote island during April Fool’s Day, teens start dying and no one knows who they can trust. It’s cheesy and silly but it has some great twists and it was a fun ride. 1987’s The Lost Boys is a different flavor. I’m not sure if this is the inception of the sexy pack of vampires but Kiefer Sutherland did not disappoint. It was great to see “The Coreys” in a film and there was a Karate Kid, Goonies, E.T. vibe about The Lost Boys. And where else can you see Corey Haim proclaim “Death by stereo!” as he takes down a vampire? But my new favorite is 1982’s The Thing! First off, John Carpenter is a genius and he knows how to build suspense. Second, it’s a great story, and it’s unexpected, aliens in Antarctica, who would’ve thunk? Third, I think I fell in love with 80’s Kurt Russell and that beard. And lastly I had my first “popcorn flying in the air” moment in the theater because of the suspense. I was scared, relieved, and then laughing at how fun a shock it was. BRILLIANT! I highly recommend The Thing, especially if you like a good monster flick. (HORROR FILM TIP: I saw The Thing and The Lost Boys at the Normal Theater in Normal, Illinois. During the month of October, if your local theaters are showing classic horror films, treat yourself to one on the big screen. It makes the experience special and memorable.) And yes, I live in a place called Normal.

But I needed more, and I wanted to know the origin of these stories. I decided to watch some classics to understand the beginnings of the horror genre. Vincent Price and Boris Karloff the true “Merchants of Menace” had to be on the list as well as a creepy silent film. I watched F.W. Murnau’s silent classic Nosferatu, Price in The Fly and The Abominable Dr. Phibes and Karloff in The Mummy and Frankenstein. (HORROR FILM TIP: I know this sounds like a lot, and it is, but keep in mind that most of these films are under 90 minutes. Which makes them easy to watch on a weekend.) Nosferatu was creepy and beautiful and it was a great bookend to The Lost Boys the weekend before. To see the transformation in the looks and actions of vampires through the century was fascinating. I love silent films, with the lack of spoken words it feels more present and engrossing.

“These old black and whites shine so brightly, the stillness of the camera turns each emotion into fine art.”

Vincent Price was next. I was unfamiliar with his work except for Edward Scissorhands and as the creepy narrator in Thriller. The Fly was good but Price was a supporting character and not the menacing monster I had hoped for. It’s still a great 1950’s thriller but not what I was looking for. Multiple friends recommended Price in the Dr. Phibes role which is a revenge tale involving the plagues on Egypt set in England. So original! There’s suspense, cheese and gore but it’s 1971 so it’s pretty tame by today’s standards. Dr. Phibes gave me a look at the looming Price I had been searching for. Boris Karloff became another favorite especially for his role as Frankenstein. These old black and whites shine so brightly, the stillness of the camera turns each emotion into fine art. We all know Frankenstein is a great story but how will a film made in 1931 stand the test of time? Thanks to fantastic make-up, gorgeous sets (which were used again in Young Frankenstein) and Karloff’s iconic performance, Frankenstein holds it’s own even in 2016. After all this classic horror and suspense I knew that I needed some fun but also some horror films that would make me think. 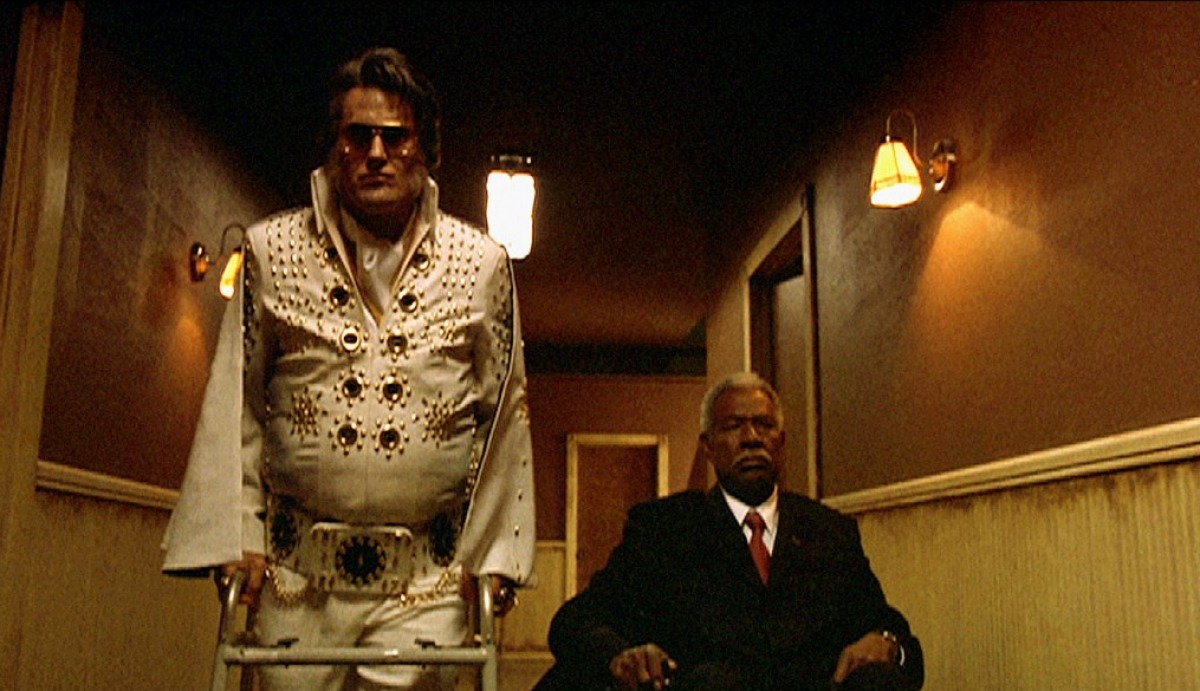 I finished strong with George A Romero’s Dawn Of The Dead and Don Coscarelli’s Bubba Ho-Tep. Both of these films had connections to my original Horror Challenge from last year. These are two that everyone should see, funny and insightful. I wanted to watch Dawn Of The Dead because I was creeped out by Night Of The Living Dead in 2015 and to quote my fellow ZekeFilmer, Jim Tudor, “Because there’s nothing scarier than good social commentary!” Romero’s genius is that he knows people and thus he knows zombies. It’s 1978, malls are all the rage, why not have the battleground for life in a food court or JC Pennys? Bubba Ho-Tep was recommended by my friend Tim and after watching the Karloff original I needed to see what the mummy monsters were up to sans Brendan Fraser. Well it turns out mummies are hanging out in nursing homes with an aging Elvis and a black JFK! WHAT THE HECK!!! Nursing homes are easy living for mummies, they can feed on the souls of the aged without causing a stir. Bubba Ho-Tep also has my favorite guy, Bruce Campbell, as the impaired hip-swinging crooner. Campbell’s Elvis offers most of the commentary about life in the nursing home and how depressing it can be to grow old. Again, to quote Jim Tudor, “Bubba Ho-Tep may be the best movie about aging ever made.” Both of these films will give you a shock and a laugh but will also make your mind turn afterwards. This is a sign of a great film and some truly creative directors, writers and actors.

That’s 14 films folks, if you count The Others, and I recommend them all. My favorites were Frankenstein, The Thing, The Birds, Dawn Of The Dead and Bubba Ho-Tep. What did I learn? Watch some old horror films and think through why mummies, zombies, vampires and the frankenstein monster have kept us intrigued for decades. Know your generation and watch horror films that bring on the nostalgia, it’s super fun. Go see scary movies in a theater and scream with the crowd. And only push yourself so much, maybe do some research before you watch another Stanley Kubrick film. Hopefully you will find something that will make you jump and laugh this Halloween weekend. 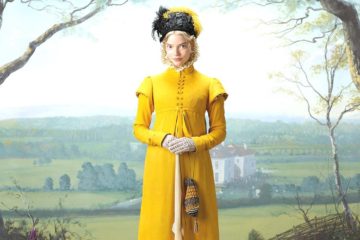