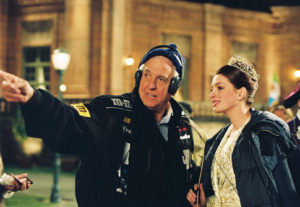 On the set of The Princess Diaries 2: Royal Engagement (2004) with Anne Hathaway

“I believe in fairy tales, and I believe other people do, too.” –Garry Marshall

When I was 7 (almost 8, thank you very much), I saw The Princess Diaries in one of the front rows of a theatre with my dad. Though he covered my eyes during what my friends and I decided was a rather intense kissing scene (“They were, like, totally French kissing!”), I was enchanted. I already loved princess stories, but Diaries was a new kind of fairy tale, and I’d soon learn Mia’s struggles to fit in and navigate cliques were more realistic than I’d like.

In high school, I graduated to a different modern Cinderella story: Pretty Woman. In my house, we rarely acknowledged the existence of hookers, much less watched movies about them. But in a summer when I was learning that “chick flicks” weren’t all so shallow and silly after all, watching Pretty Woman with my mom surprised me in more ways than one.

I could tell you another story about how my best friends and I snuggled up to watch Runaway Bride on a laptop in the basement of a house in Boston just weeks after graduating from college, but I think you’re getting the idea: Garry Marshall’s movies have been making magic in my life for a long time. 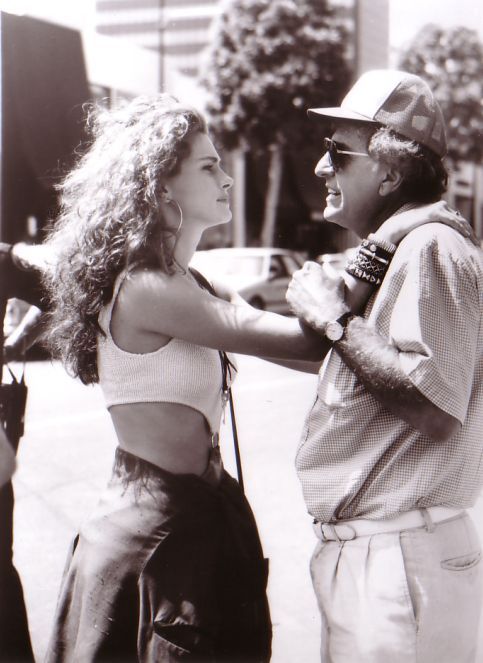 On the set of Pretty Woman (1990) with Julia Roberts

While Rotten Tomatoes might tell you Garry Marshall’s films are not the apex of what you’d call, erm, art, waking up to the news of his death last week was bitter. In an era with a box office driven by gritty sequel/prequel/reboot/cinematic universes, raunchy comedies, and animated fantasies, Marshall stood out. Many of his films were written originally for the screen, and his biggest hits were grounded in their levity, not their gravitas. He never pretended he was making a modern Citizen Kane, though several of his films poke fun of the callous and opportunistic media cycle. No, his stories are about quirky, everyday characters trying to make the best lives they can. I saw Schindler’s List once, and that was plenty. But Raising Helen? I’ll pop that in any Friday night and laugh so hard I cry again when Joan Cusack loses it on her niece and her dipstick prom date.

“He knows how to touch all those places in our hearts that we just sit around longing for people to tap into.”

In her cover story for this year’s June issue of InStyle, Roberts shared about her experiences with him over her career: 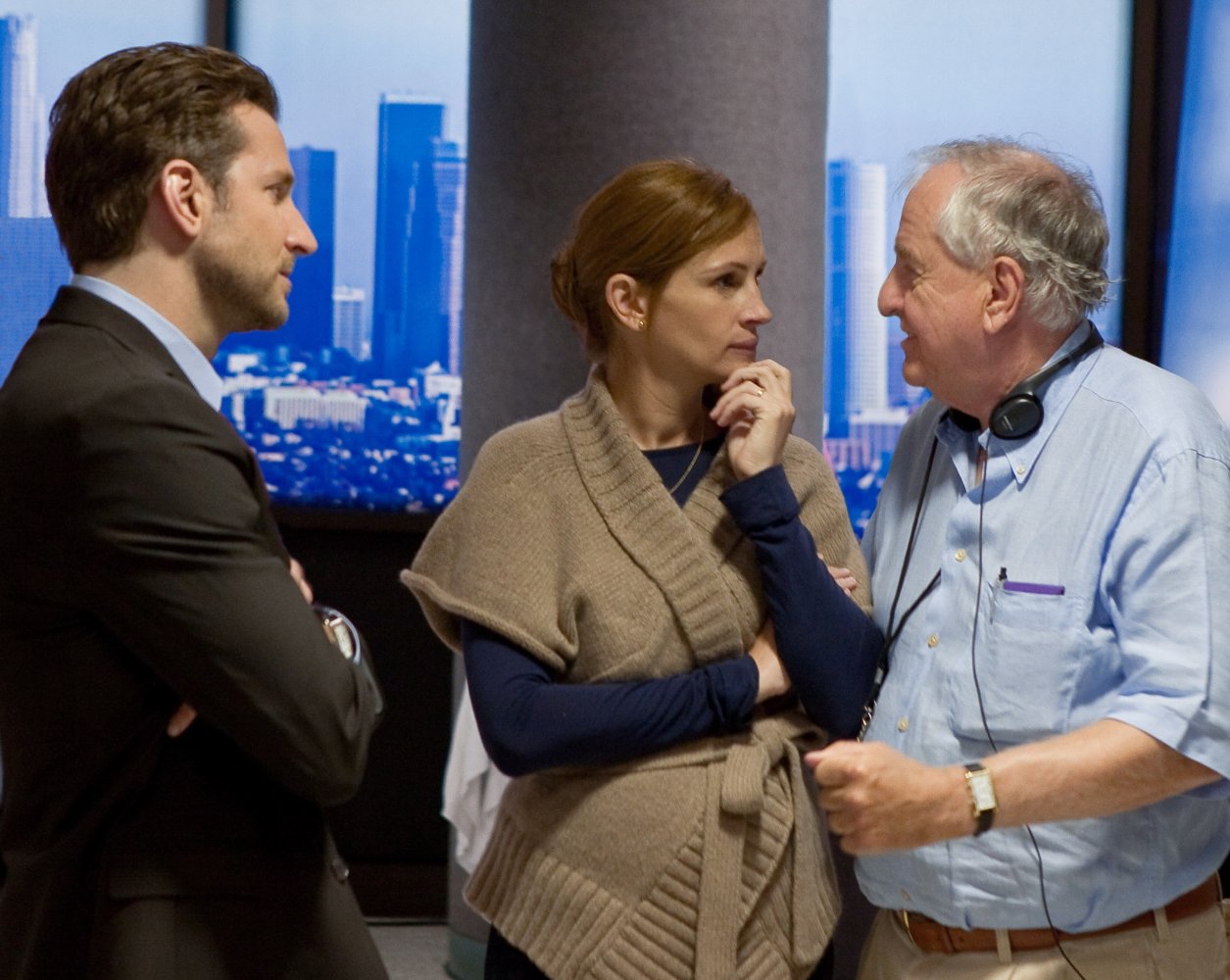 “He’s just a wonderful person. You can never give credit for anything to one person. Singular credit just doesn’t exist. But if I were to single someone out as a person whom I feel very indebted to, in what I realized the other day is my 30-year career, it would be Garry…He was a really great shepherd for me in the beginning. He knows how to touch all those places in our hearts that we just sit around longing for people to tap into. He’s a master of that. I love working for him.”

She’s right on the money when she says he knows how to touch our hearts. His films are sappy, yes, but sincere and rooted in the beliefs that we can be redeemed, that we can live up to our potential, and that it’s never too late for either. We need to be reminded our lives aren’t permanently stuck in unhealthy patterns and dead-end relationships. We need to be reminded we can make it without a prince after all. We need to be reminded that if we do find our prince, we deserve Richard Gere, not a forgettable guy who makes you think you like your eggs the same way he does. 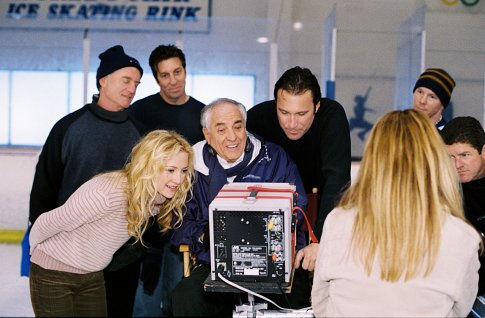 I haven’t even had a chance to mention his careers in acting and television, for which he earned five Emmy nominations. You might have heard of a few of the comedies he helped create, write, and produce. Does The Lucy Show, The Dick Van Dyke Show, The Odd Couple, Happy Days, Mork & Mindy, Joanie Loves Chachi, or Laverne & Shirley ring a bell? He’s been making us laugh since the ‘60s, and without him, Hollywood has lost one of its most influential voices of joy and hope.

That’s why his are the movies are the ones I want to watch with my family over and over again and with my best friends before we go our separate ways. They’ve always brought more magic into the world, and he made us believe modern fairy tales could come true for us, too. 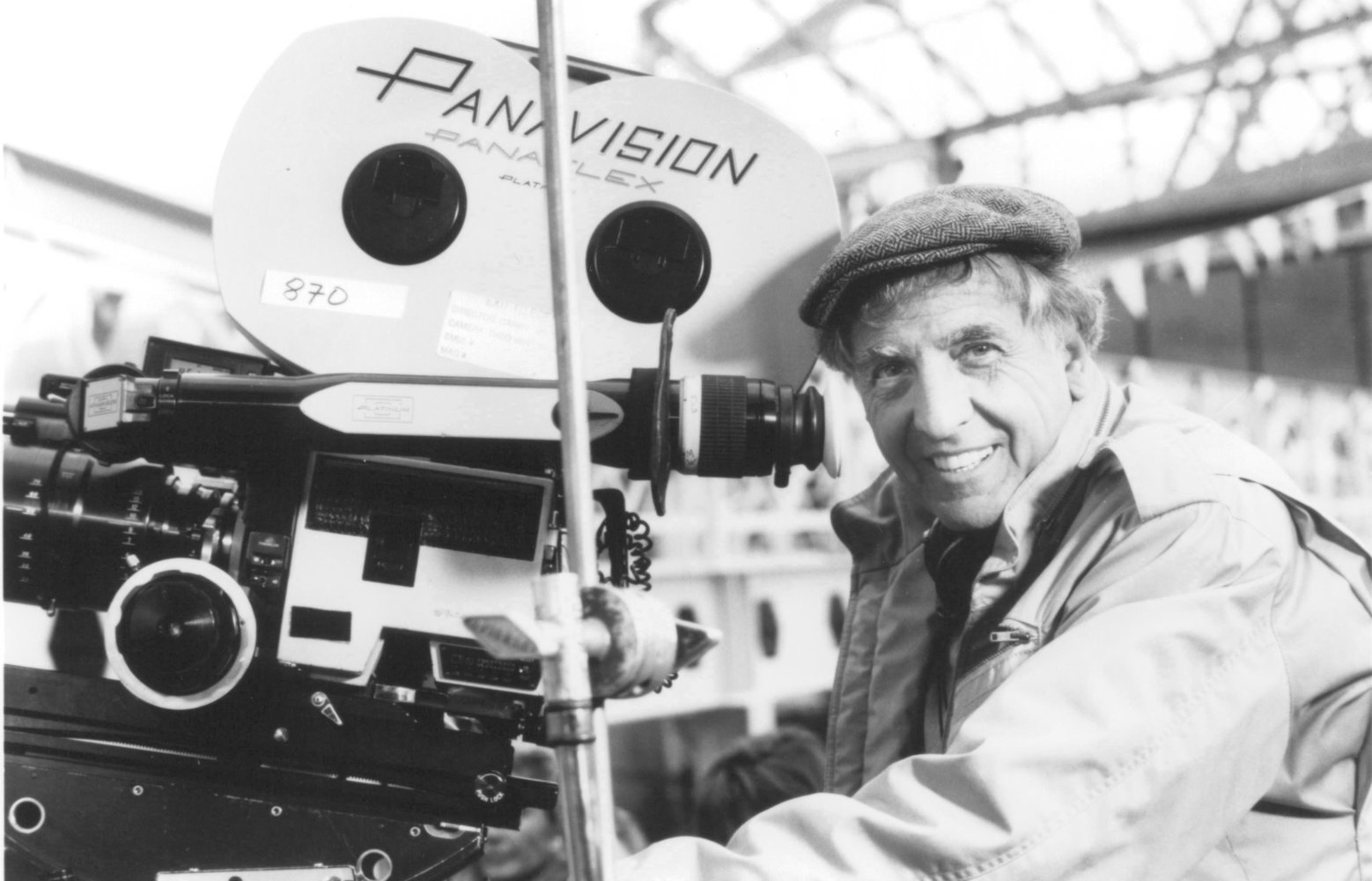