“If there’s something strange in your neighborhood…” 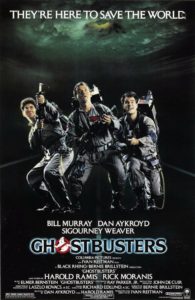 As a child of the ‘90s, my experience with Ghostbusters has been limited to the Ray Parker Jr. theme song for most of my life. Even though I hadn’t watched that movie with Bill Murray and those other jumpsuited guys, I knew the best way to answer, “Who ya gonna call?” was to shout, “GHOSTBUSTERS!”

Now that I’ve finally arrived very late to the party, let me tell you something: Bustin’ makes me feel good.

Bill Murray is in fine form as the dry charmer Dr. Peter Venkman. Venkman and his co-workers Dr. Raymond Stantz (Dan Aykroyd) and Dr. Egon Spengler (Harold Ramis) have finally seen a real ghost. After terrorizing a hapless librarian (Alice Drummond) at the New York Public Library in the grabbing opening scene, the ghost sticks around just long enough to give the scientists confidence their paranormal research is going somewhere.

Ghostbusters isn’t what I expected from one of the biggest blockbusters of the ‘80s.

In a sore irony, they immediately lose their funding for their research from Columbia University. With equal parts faith and desperation, they take out a second mortgage, rent a dilapidated building, and hire a fourth squad member (Ernie Hudson) and a secretary (Annie Potts). They’re going into business as the Ghostbusters, protecting the greater New York City area from that invisible man sleeping in your bed and any other supernatural threats that might be running through your head.

Ghostbusters isn’t what I expected from one of the biggest blockbusters of the ‘80s. The scale feels smaller than the wide worlds of Star Wars and Indiana Jones. It’s not as sleek and capital-C Cool as Top Gun or Back to the Future. And even though the Ghostbusters are fighting the supernatural, their plot feels less (pardon the pun) grave than fighting the Empire, Nazis, Communists, or your own inexistence. Ghostbusters is about four nerds who start their own business because they lost their cash flow.

That said, it still has what the ideal summer blockbuster needs: winsome characters, an original story, and plenty of laughs. Bonus: At 105 minutes, it’s action-packed without the bloat. (Take that, Avengers!) It’s gloriously ‘80s with a catchy soundtrack, absurdist humor, and special effects that have aged terribly. This is not The Dark Knight—this is fun.

Which makes the controversy around this summer’s female-fronted reboot all the more baffling. Even without seeing the original, I couldn’t wait for a new chapter in a well-loved franchise with the dream team that is Melissa McCarthy, Kristen Wiig, Kate McKinnon, and Leslie Jones. Now that I have seen the original, the legacy of the franchise seems like it would only benefit from a fresh take. 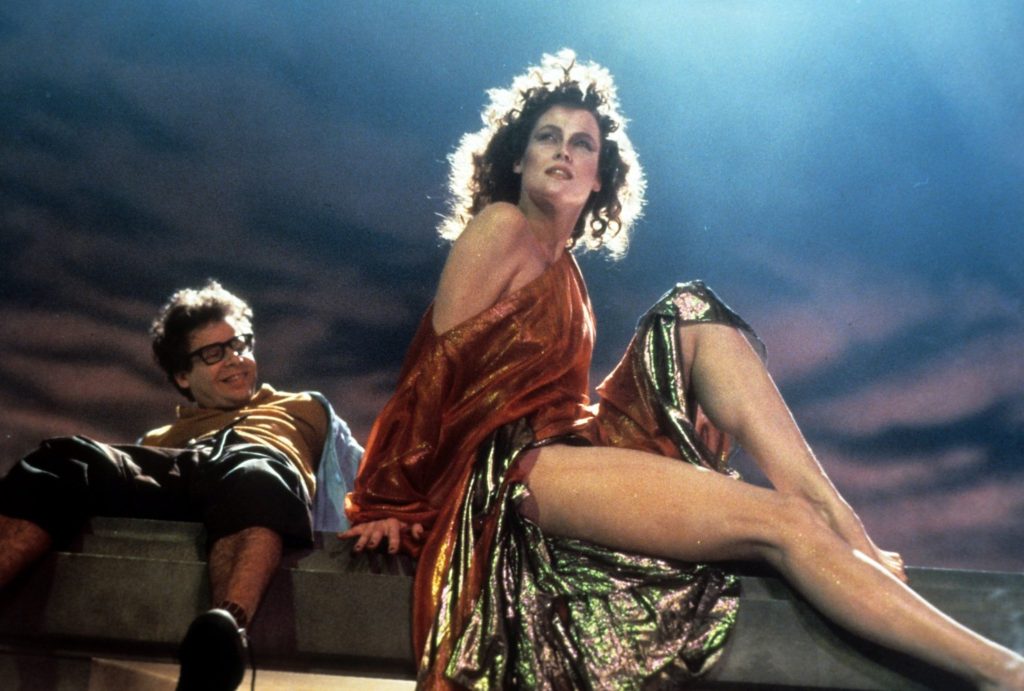 For all of its virtues, Ghostbusters is severely lacking a female perspective. Annie Potts and Sigourney Weaver are delights, but their characters are of secondary importance. Weaver’s Dana Barrett spends half of the film as a damsel in distress and the other half as a possessed victim. (Spoiler alert!) Her pivotal moment in Sumerian god Gozer’s plot is having sex off-screen on top of her luxury apartment building with her neighbor Louis (Rick Moranis) while both are possessed. The rape-like undertones here are completely glossed over, which adds another layer of troubling. Both male and female characters are forced to act without personal agency, but because Louis has made unsuccessful passes at her earlier in the film (though in non-aggressive, comic scenarios), it doesn’t feel as far a stretch from his character. And the fact they don’t remember this event when their own personalities return? Oof. That is uncomfortable—at best. (End spoiler alert.) My gut tells me this easily-removed plot detail would not have seemed so funny to a female writer as it did to Aykroyd, Ramis, and Moranis.

Maybe it’s because my attachment to the 1984 classic is so recent, but I’m optimistic with very few reservations for the 2016 update. If these comedy veteran ladies of today have the same chemistry as the comedy veteran guys of the ‘80s, we won’t need to worry about a steady stream of jokes. And with a script co-written by Katie Dippold and Paul Feig, it has the potential to bring a more balanced perspective that could course-correct one of the franchise’s biggest weaknesses.