Director of The Witch Talks 17th Century Calvinism, Goats, & The Current State of the Horror Genre 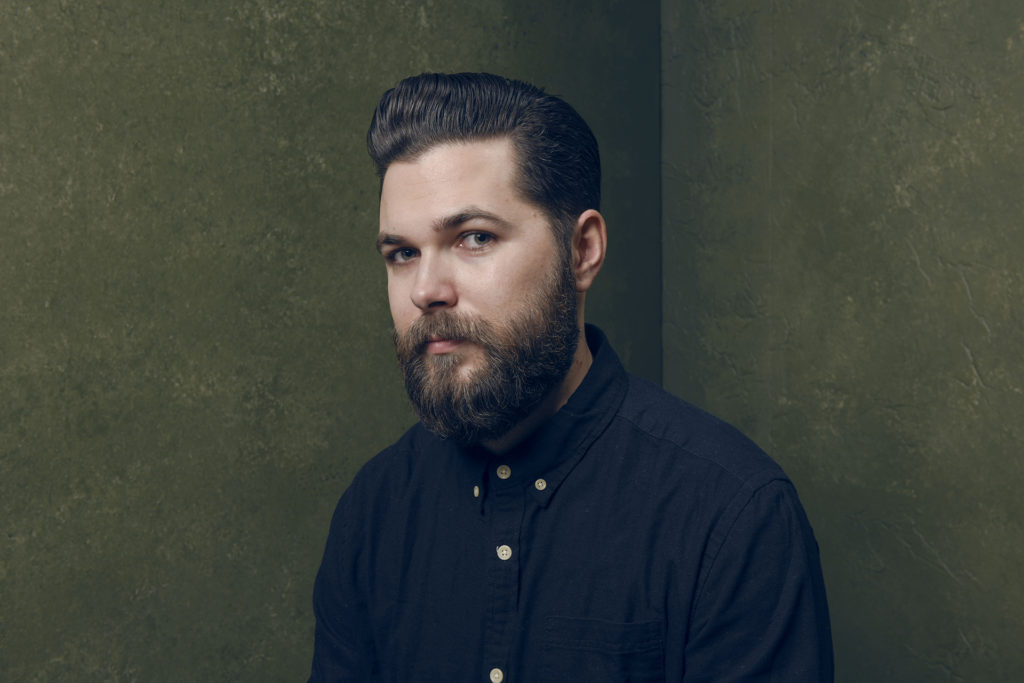 PARK CITY, UT – JANUARY 26: Director/writer Robert Eggers of “The Witch” poses for a portrait at the Village at the Lift Presented by McDonald’s McCafe during the 2015 Sundance Film Festival on January 26, 2015 in Park City, Utah. Larry Busacca/Getty Images/AFP

Billed as a “New England Folk Tale,” it was back in January of 2015 when Sundance Film Festival audiences subjected themselves to seeing first time director Robert Egger’s “The Witch” a film that’s now being touted around as an unflinching, black-magic dread piece that can’t go unmissed. Originally only expected to reach a small audience and play on a extremely limited number of screens, when forward thinking production company A24 acquired the rights, the film managed to get a wide release the weekend of February the 9th where it grossed an estimated $8,685,270, undeniably a triumph for the low budget indie-flick made on a modest budget of $3,500,000. Eggers spoke with me on the phenomenon that’s catapulted the movie towards a larger audience than originally anticipated. “It took a very long time to get it financed. I expected maybe four screens, if we were lucky, so to be opening wide and have such extremely positive reactions from critics…” He found himself searching for words, “I never would have imagined it in a million years.” 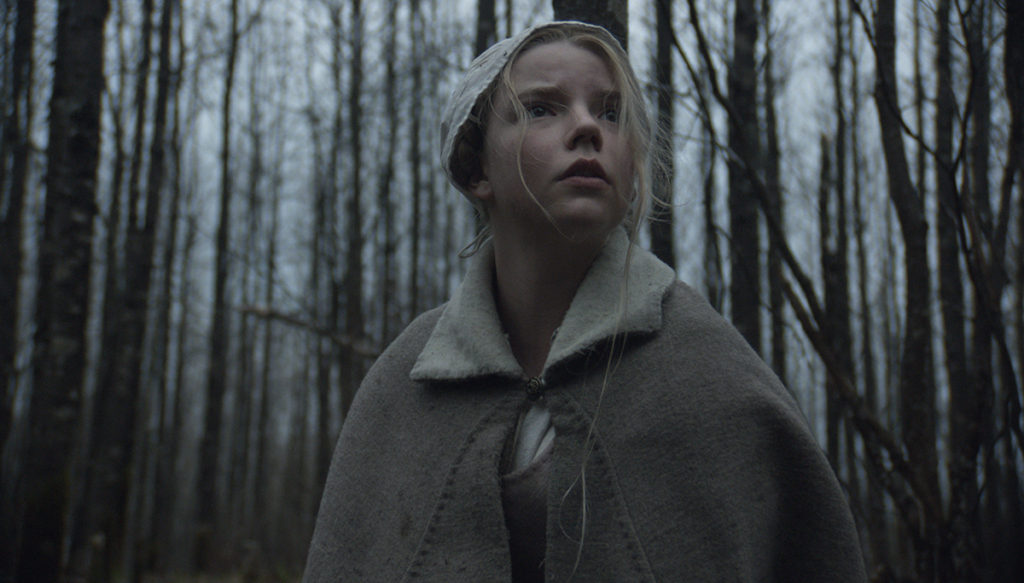 Set sixty years prior to the Salem Witch Trials, The Witch centers on a devout Christian family of 17th century Puritans led by father William (Ralph Ineson) and mother Katherine (Kate Dickie) who, after being cast out of their village due to hersey and “prideful conceit” towards their superiors, seek out a new life for themselves homesteading at the edge of an impenetrable forest. When the oldest of the four children, Thomasin (Anya Taylor-Joy), a teenage girl approaching adolescence suspects a supernatural evil of abducting her youngest newborn baby brother Samuel, the families increasing faith based paranoia threatens to lead them to a treacherous demise ala The Crucible.

Meanwhile, the twins of the family befriend a brutish goat, one of the farm animals named “Black Phillip”, a suspiciously quiet horned mammal that may or may not be pulling some sinister strings of his own. There’s also one very wide eyed, ominous looking Rabbit who pops up sporadically. “It’s actually a hare.” Eggers corrects me. Eggers went onto explain why goats are so prominent in films dealing with witchcraft. “They are just very much part of witch mythology. In England it was actually very uncool to be a goat farmer. In New England, however, during the beginning of the great migration, Plymouth Pilgrims all brought goats with them because goats will eat anything and they’re very efficient in clearing new land.” He added, “Plus they’re easier to bring over then cows.”

I review horror films every once in a blue moon. This is because despite my love for a variety of horror films, I’m deeply skeptical of them and have developed a cynicism towards anything that looks like it’s feeding into the overly saturated market of artistically uninspired, potboiler dreck. This mainly includes teeny-bopper box office hits such as Sinister (2012), The Purge (2013) and The Paranormal Activity Franchise (2007-2015). Eggers, despite citing The Witch as a horror film, isn’t all that fond of the contemporary genre himself, but rather pointed out his influence from Swedish director Ingmar Bergman whose films often played as elegies on the nature of God and death. I compared Eggers film to Ben Wheatley’s Kill List (2011), Lars Von Trier’s Antichrist (2009), and Lords of Salem (2013), all of which he shared a mutual affection for, and I personally thought bared a resemblance to The Witch in terms of malaise and pure menace on display.

“I like most of the films you mentioned, at least aspects of all of them. Certainly films like LET THE RIGHT ONE IN (2008) and THE BABADOOK (2014) are strong too because the filmmakers are doing stuff that’s personal to them. They’re not just creating a product.”

“When you have something that’s solely a product and it’s about following a formula, or like, ‘how can I make someone throw their popcorn all over their girlfriend?’ I think that’s where this stuff kinda falls apart. My goal is to tell a story where the scare is earned.” He went on to further elaborate, “But I don’t think horror is necessarily in a worse place now than it’s ever been. I think we like to romanticize the past.” Jumping off that topic, Eggers was quick to support the assertion The Witch is indeed an art-house horror flick, though it’s one that still remains highly approachable to mainstream audiences. “There’s definitely some people who will totally hate the hellout of this movie. I think that’s great.” Eggers laughs, “I guess some genre-people are disappointed that it doesn’t fit their narrow definition of a horror film, but there’s a broader audience who are, in fact, connecting to it and that’s really exciting.” 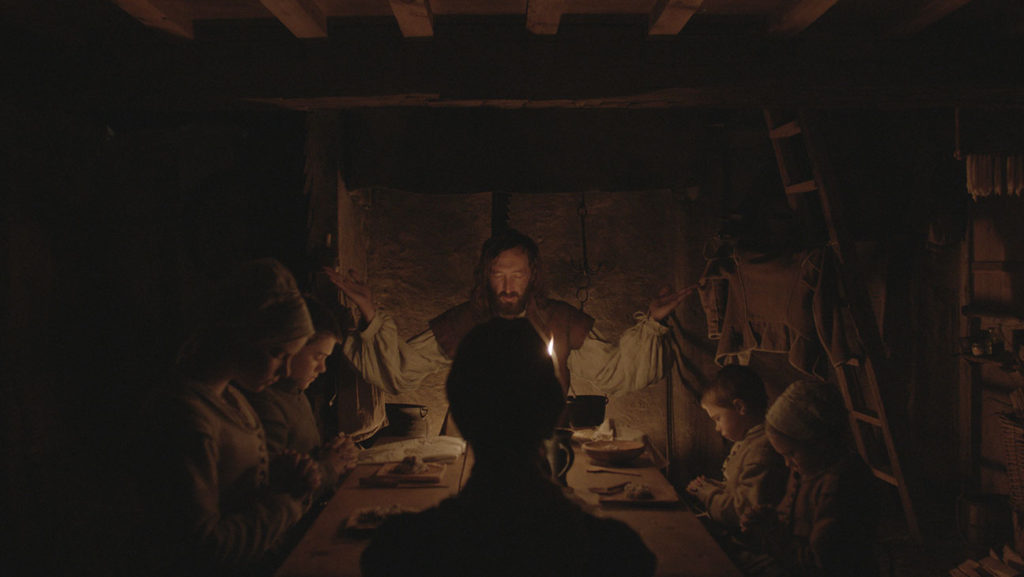 Eggers, whose New Hampshire upbringing was the genesis of the film, gets extremely defensive when talking about his beliefs and religious affiliations, though one can suspect he may very well sincerely fear the mythology of the film to be true. The man sounds like he really believes that witches exist.

“If they called you a witch back then, they really believed that you were a fairy tale ogre capable of doing things that the witch in my film does. The real world and the fairytale world were the same thing in the early modern period. That’s really the most shocking thing: To understand the mindset in 17th century English Puritan Calvinism.”

He went onto add, “But I’m not trying to condemn these people for being Puritan. I actually like the characters in my film. It’s tragic to see them making these mistakes when they’re trying to do the right thing.” He went on to reinforce his admiration for culture studies, “This is the stuff that speaks to me and always has: fairytales, folktales, religion, mythology, the occult. That’s what I spend all my time reading about when I’m not doing work. I’m probably more interested in that then I am in film itself”

Some circles have cited The Witch as a proclamation of feminine independence and female empowerment, predominantly centering around the character of Thomasin. Eggers elaborated on this statement. “The evil witch in the early modern period was men’s fears, desires and ambivalences about women and female power. Sadly and horrifically, she was also the same thing to women about themselves and their fear of motherhood in an extremely male dominated society.” He added, “I didn’t intend to write a piece about female empowerment, but I realize that in writing a witch story they’re one in the same thing. These things about feminism sort of rise to the top.” 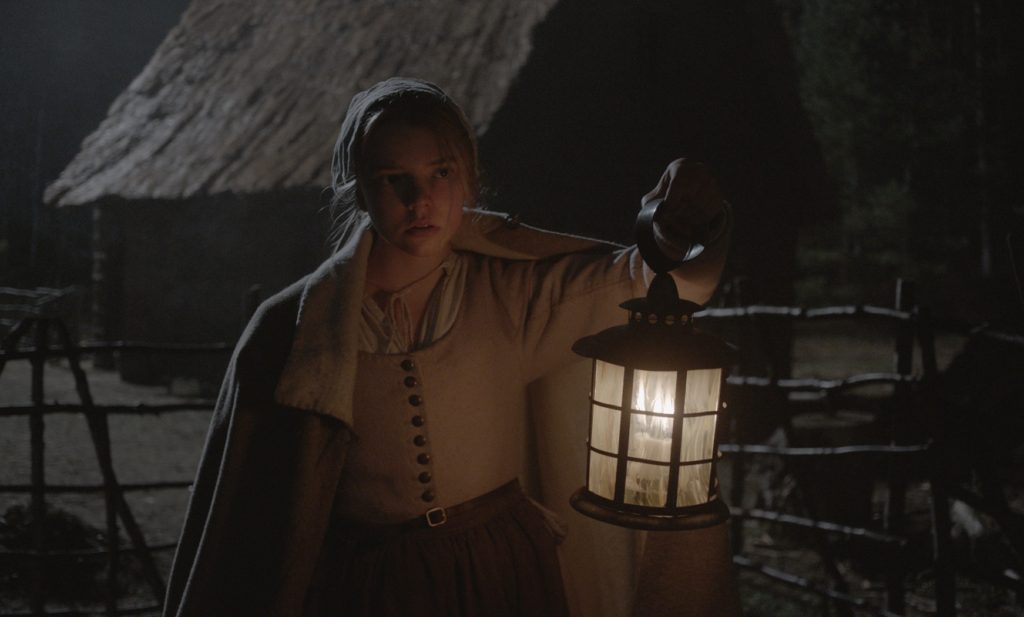 On the production and visual language of The Witch, Eggers was completely dedicated to having the look of his film mirror that of New England circa 1630 “I did a lot of work on my own recreating things as authentically as possible. I also worked with historians, museums and some people living in the historical community. Everything on the farm in the film is made from the correct materials it would have been made with back then. The clothing is all hand stitched. We wanted to make props that seemed archetypal.” Moreover, he discussed why giving the film such a bleak, dreary quality was essential in achieving the effect he desired intensely. “I was trying to create a very grim atmosphere, something that was very oppressive and gloomy. I didn’t want any sunlight anywhere. It’s a film about despair so we couldn’t have nice, sunshiny days.” He added, “Even when there isn’t any violence on screen, I wanted violence to permeate the picture.”

Having seen The Witch, I’m reluctant to speak about it in hyperbole so soon as I do think the horror community tosses around bold statements like “The best horror film in years” all too frequently and liberally, but I can make the confident declaration that not only is it the best of the lot that’s emerged from the festival circuit recently, but it stands up honorably next to classic witch movies such as Dario Argento’s Suspiria (1977) and The Blair Witch Project (1999). It separates horror purest from the tourist, towering over mostly everything the market has to offer at the moment. It’s also been endorsed by The Satanic Temple if that’s any indication of the spiteful bile that one might find spurring from its sinful innards.

Returning back to the topic of horror, Eggers wrapped up our interview discussing the importance of pushing boundaries within the genre in terms of showcasing to casual moviegoers that a horror movie can be used as a vehicle to explore profound themes such as family dynamics.

“I love all this conversation about what horror has the potential to be. For me, I think horror is important.

“I’m not a huge H.P. Lovecraft fan, but one of the things I love about him is that he understands the horror of the sublime.” He elaborated, “I’m not an expert on Japanese Noh-Theater either, but from my understanding, it’s one of the oldest theatrical art forms and some of the most cherished Noh-Plays are horror stories. These medieval Japanese Noh-players understood that horror is a really important way to understand what’s going on with human beings.” Eggers concluded on the humorous, but forthright statement. “Darkness is half of the world so it’s important to check it out, man.”