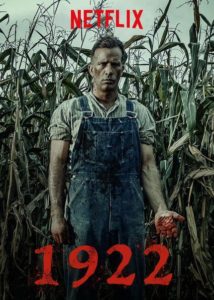 Netflix was wise to release their dark movie project 1922 shortly before Halloween. This new psychological horror-drama is peppered with just enough gore and dramatic pauses that even a wimp like myself can enjoy it!

Adapted from a Steven King novella of the same name, writer and director Zak Hilditch creates a creepy cinematic experience that explores one man’s lingering grief and guilt as it continues to haunt him into the present, much like an expanded version of The Tell-Tale Heart. With the simple, basics of storytelling honored here, Hilditch delivers a satisfying and suspenseful watch, even if some parts may be too slow of a burn for its full hour and forty-one minute duration. In a year with many of King’s film and television adaptions available, keep 1922 on your radar.

The film opens as an older, disheveled looking man named Wilfred James (Thomas Jane) enters a hotel room to write a confession. Through a series of flashbacks from his character’s point of view, the events of 1922 begin to unravel, revealing his dark family secret that’s troubled him for his entire life.

In 1922, a much younger Wilfred owned 80 acres of land in Nebraska with his wife Arlette (Molly Parker) and son Henry (Dylan Schmid). Tensions heighten when his father-in-law dies, leaving Arlette an additional 100 acres next to their lot. She’s never been as interested in the country life like Wilfred and intends to sell and move to the city with or without him. When Wilfred and Henry argue, Arlette insists, emphasizing that if they divorce, Henry is coming with her. 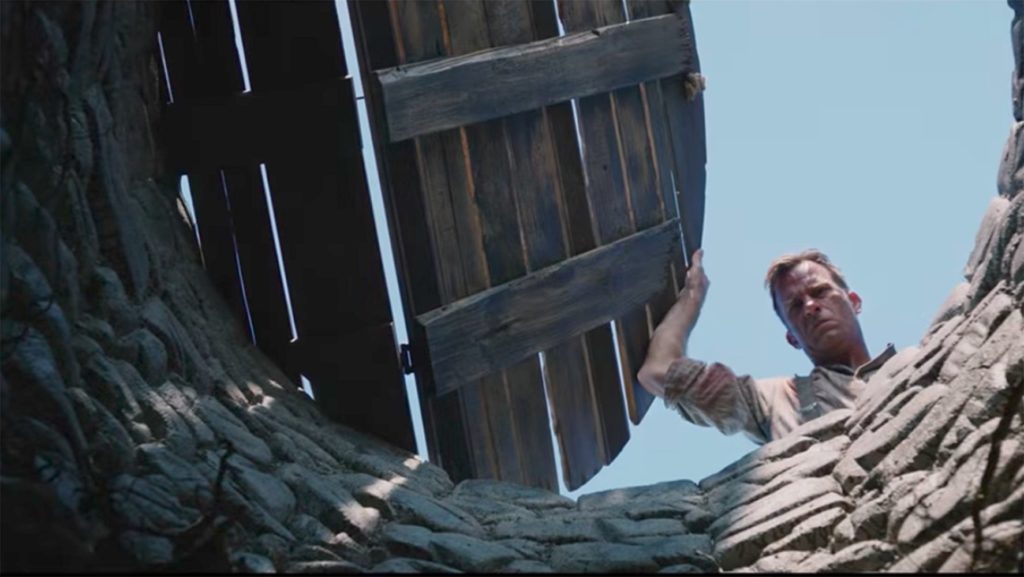 The prospect of moving to the city causes turmoil to build between his wife and son. Once Wilfred witnesses Henry’s growing affection for their neighbor Shannon (Kaitlyn Bernard), Wilfred manipulates him into becoming his accomplice in his disturbing plan to kill Arlette. Wilfred claims it’s the only way to keep Henry on the farm but Henry disagrees, worried about going to Hell. Wilfred reassures him, urging that he not worry about things like Heaven when they have all this land at their fingertips.

With the simple, basics of storytelling honored here, Hilditch delivers a satisfying and suspenseful watch, even if some parts may be too slow of a burn for its full hour and forty-one minute duration.

As you can imagine, Wilfred’s plan doesn’t pan out exactly as expected. While the murder is pretty gruesome, unlike other murder mysteries, this film isn’t about whether or not they will get caught. Instead it explores the consequences of their actions, leaving misery and remorse to surround them both, and ultimately stifle their father-son relationship. It is unclear if Wilfred’s motivations go beyond the prospect of city living however, and left my mind curious if this wife-murder-plot was looming in the back of Wilfred’s mind all along.

Originally published as part of Stephen King’s 2010 collection in Full Dark, No Stars, the film adaption is quite similar to his original work. While the story is rather straightforward, it’s quite pleasant to watch one of King’s plots playout so smoothly, and it’s a reminder of what he does best. Much like his other stories, the horror lurks from within as Wilfred sinks deeper and deeper into madness, endlessly tormented by the ghost of Arlette and a plague of rats, seemingly the same ones that devoured her corpse. 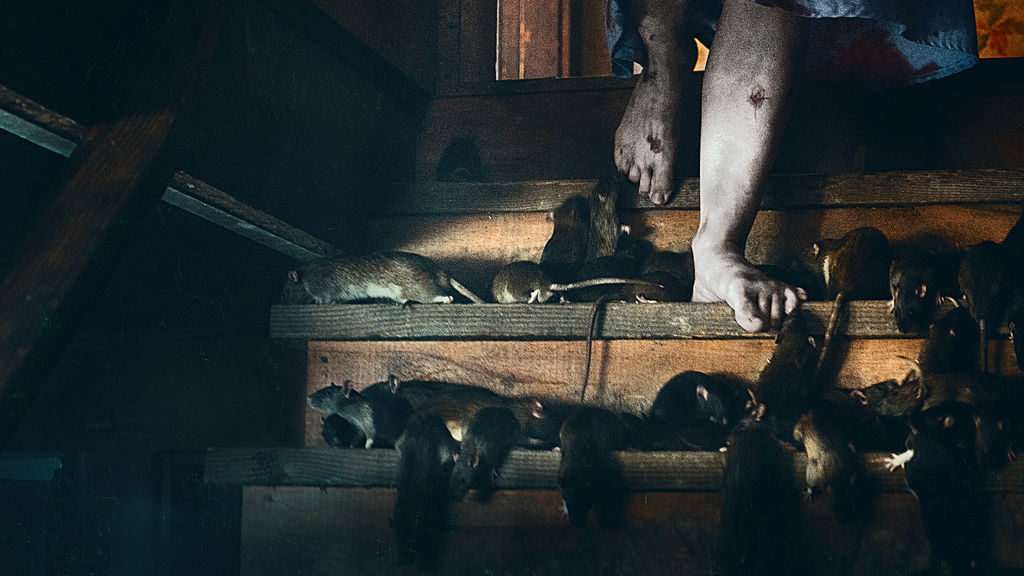 As a viewer, it’s obvious we are not supposed to agree with Wilfred and Henry’s actions, and the story certainly shows them little mercy. However, with performances so balanced across the full feature by Jane and Schmid, it makes for a more enjoyable watch. With their steady and realistic performances throughout the film, it’s easier to sympathize with both father and son as they struggle throughout the long year, financially and otherwise, and seek to move past their prior crimes. The female roles are also portrayed well by Parker and Bernard but unfortunately, there’s not much meat to their characters, leaving both somewhat one dimensional. If there’s additional fault in this film, it’s for the sometimes slow and dragging dialogue but certainly not the performances.

Even with its’ flaws, 1922 is a good watch if you are looking to be a little spooked this holiday season and are open to a unique kind of psychological experience. While it’s certainly not a happy film, it’s a stimulating watch and with such well-done cinematography and direction, at times the movie might even leave the viewer to question if Wilfred’s imagination has actually gone wild or not! It also explores the universal truth that with actions come consequences, some that may just change your course in life forever.

WHERE TO WATCH: 1922 is now streaming on Netflix.