Alien Knock-off Explodes On The Launch Pad, No One Hears It Scream 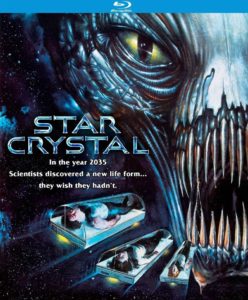 On the red-filtered planet of Mars, where the mission is apparently to take in the trash, two blue collar explorers bring onboard their shuttlecraft a big papier mâche rock that hatches during the night, letting loose – a large, shimmering crystal? Some fluid oozes out of the rock, too, and the crystal’s reflecting light falls upon it, bestowing life, and it metastasizes into a half-done puppet that looks every bit like Beaker got slimed. Then, in a scene that must take place while we’re staring at one of the copious shots of the fake shuttlecraft against a black felt board, the creature turns off the ship’s power, crippling the air supply, asphyxiating everyone on board. Call it low budget wisdom to have a creature that suffocates its victims offscreen rather than consuming them expensively in 35mm detail.

We do eventually get to some bloodletting – the promise of the egregiously obvious Alien-echoing premise. The shuttlecraft auto-pilots to home base, a large spiraling circle of PVC pipes, where things go south fast: the PVC station explodes for no given reason, but not before a ragtag gaggle of low-level engineers, cooks, and unpinnables escapes aboard the same shuttlecraft, along with, of course, the growing stowaway slime. Amongst them all, absolutely no one is in the Sigourney Weaver role. No one takes the mantle of leadership that isn’t summarily dismissed by, not the beast, but the unmoored plot, which floats in the air like so much space flotsam. Everyone’s either born with zero charisma or belching incompetence and lack of appreciation for the situation, more content to laugh it up or ogle up the womenfolk. Most of the movie’s short running time is a meager explication of the ad-hoc crew’s strained interpersonal relationships, such that by mid-point you hope the alien comes invading with a handy counseling degree. 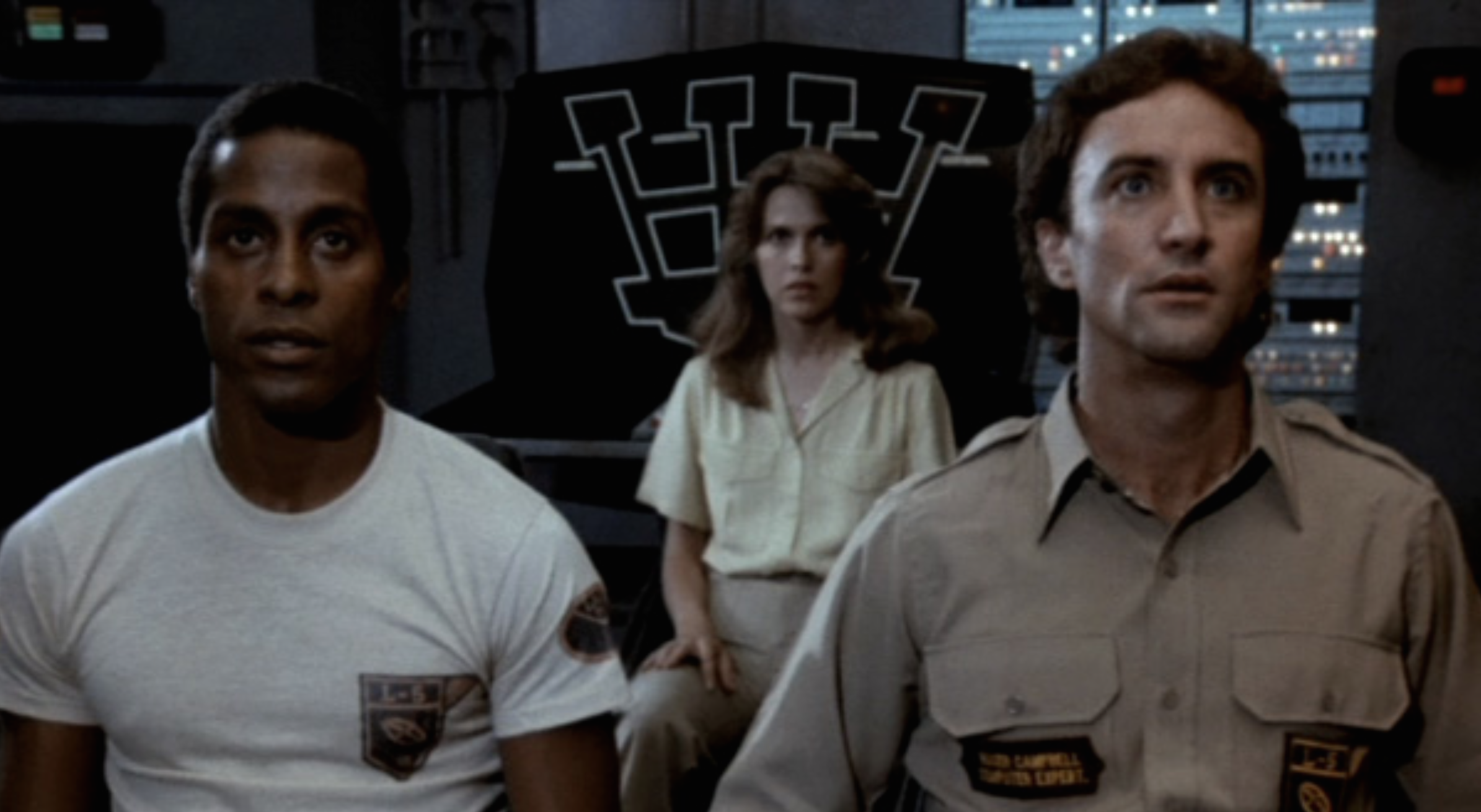 One of the myriad dings against the movie is the muddy explanation of the threat itself. Frequent cutaways sketch out the creature, but in two simultaneous forms, neither looking at all like the razor-toothed meanie on the poster art: instead we get a gelatinous mass of red sludge that hugs the surface of the devilish crystal, heaving and gurgling with protoplasmic life, and also serpentine, intestine-like tendrils that slither along the floors of round hallways. Is the crystal-jello thing controlling the angry intestines? While we’re figuring that out, we’re counting the ways the movie’s trying coyly to rip off the bigger-budgeted, better-produced Alien. But this movie’s terminally homemade aesthetic is more a couplet with what inspired Alien, 1958’s B-movie, It! The Terror from Beyond Space – with its Mars connection, its rushed filmmaking, and its zippered-suit-level effects, they both make us do most of the work for them. The difference is It!… actually works as a movie with a detectable story and, at the very least, the borrowed gravitas of black and white. 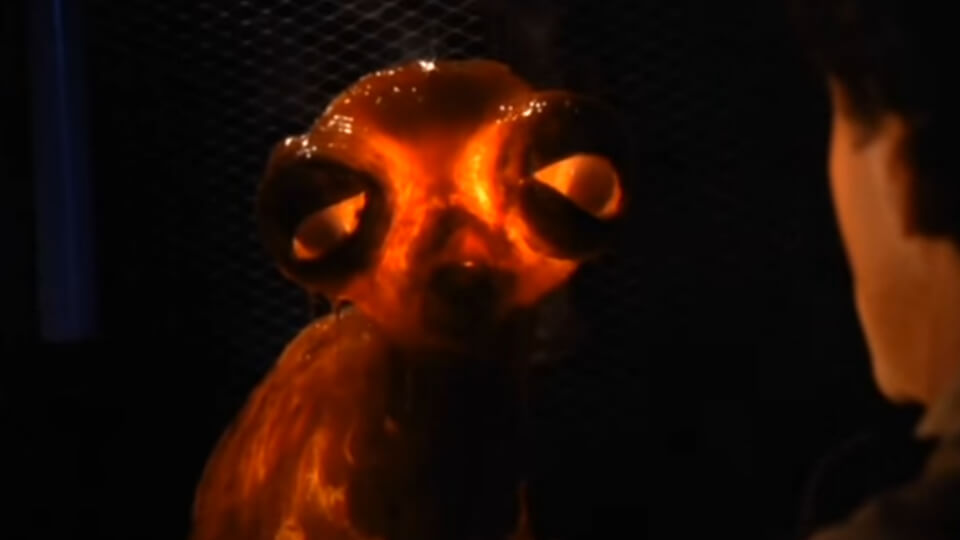 To its credit, though still just shy of discredit, the movie works its way around to having a message of sorts, if woefully unearned. Turns out the crystal is a computer that’s been tapping into the ship’s brain. After a major gut-draining of the crew, the crystal-slime surfs the computer’s net for random info on the evolution of humans, stumbles on Bible passages that tell it to love its enemies, and cinches up in the climax, standing there all grown up, looking like a skinned E.T., and now going by the name Gar, confessing its frightened heart like some interstellar Robert Bly workshop. The last ten minutes is a spectacle of a screenplay-merging of Judeo-Christian beliefs and New Age crystal worship until we’re gifted with a sort of religious conversion, complete with a closing montage of formerly-human-dispatching Gar helping the last of the crew fix the ship, play board games, and sit down for dinner in the kitchen: one big happy family. It’s like a slasher alien movie got a quick rewrite by Billy Graham. 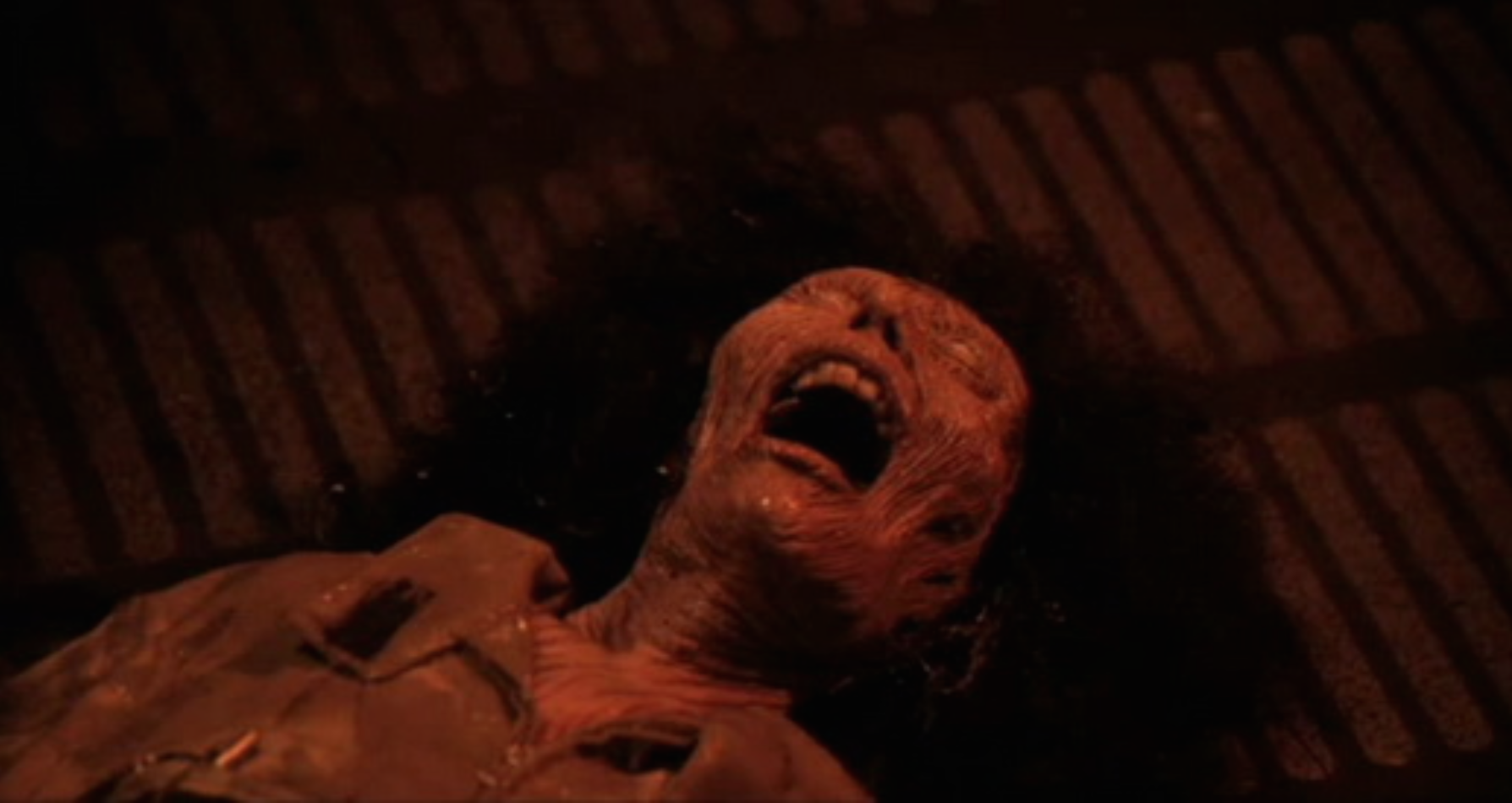 The Kino Lorber Blu-ray contains no extras, so it’s left a mystery why this blight of not-even-bad-fun proportions was deemed worthy of upgrade, unless it’s for reasonable marketing alignment with the recent recombination of the identical material, Life (2017), which conflates the bigger budget of Alien with the hoakier, jump-scare tenets of this film and It!…, and which itself may have been produced for reasonable marketing alignment with the higher-profile, broadly-scoped, and circle-closing space epic, Alien: Covenant. Bottom line, the tagalong killer alien has xenomorphed into a subgenre unto its own, and until we can coax it toward the airlock, it’s here. Luckily, in space no one can hear you eject the disc early.