Film Review: THIS IS WHERE I LEAVE YOU

A Great Cast in a Less than Great Movie This is Where I Leave You is the newest entry in the long line of dysfunctional family comedies – movies like Home for the Holidays, Parenthood, The Royal Tennenbaums, Little Miss Sunshine or The Family Stone. In a category of films that range from the ridiculous to the sublime, it’s hard to know just what to make of This Is Where I Leave You. The cast is sublime, but is it sublime enough to make up for a screenplay that borders on the ridiculous? Not quite, and that’s a shame.

Judd Altman (Jason Bateman) is having a terrible year. He discovered his wife in bed with his boss, and now his father has died. His mother (Jane Fonda) tells her children that their father’s dying wish was that they sit shiva for him (the traditional Jewish seven day mourning period). In practice, this means they’re all “grounded” to stay in their childhood home. Of course they will drive each other crazy, cause scenes, have tender moments, and gain insights, etc.  Because that is how these movies work. Judd is one of three brothers in the Altman family. His older brother, Paul (Corey Stoll) is the dutiful one who stayed local and went to work in the family business. Baby of the family Phillip (Adam Driver) is a charming black sheep. There’s also a sister, Wendy (Tiny Fey) – a bit of a sourpuss, frankly. The in-laws include Wendy’s walking stereotype of a husband (a successful businessman who can’t stop taking calls); and Paul’s wife, Annie (Katherine Hahn), who is desperate to have a child. Connie Britton plays Phillips beautiful older (perhaps not wiser) girlfriend.

The intrigues and disclosures, the public outbursts and humiliations that the Altman family inflict on each other within seven days are not shocking. They are, in fact, the very predictable stuff that dysfunctional family comedies are made of. There’s also a potty-training child, adding the opportunity for poop talk and one scene of literal poop flinging.

The intrigues and disclosures, the public outbursts and humiliations that the Altman family inflict on each other within seven days are not shocking. They are, in fact, the very predictable stuff that dysfunctional family comedies are made of. Everyone has a secret – most of them sexual in nature – and they pile up so rapidly that it became impossible to maintain my credulity. Fonda plays the matriarch as a woman who raised her children to be sexually open and enlightened. It seems to have backfired, somehow, as they are obsessed with teasing each other about masturbation; and almost everyone is secretly sleeping with or pursuing someone other than their partner.

Personally, I think the movie takes the sexual behavior of its characters too lightly. We are certainly meant to sympathize with Judd’s rage at his wife’s infidelity, but sexual betrayals by the Altman’s themselves are dismissed as either necessary steps in personal growth (at best) or just Phillip being Phillip. Why the mixed message? 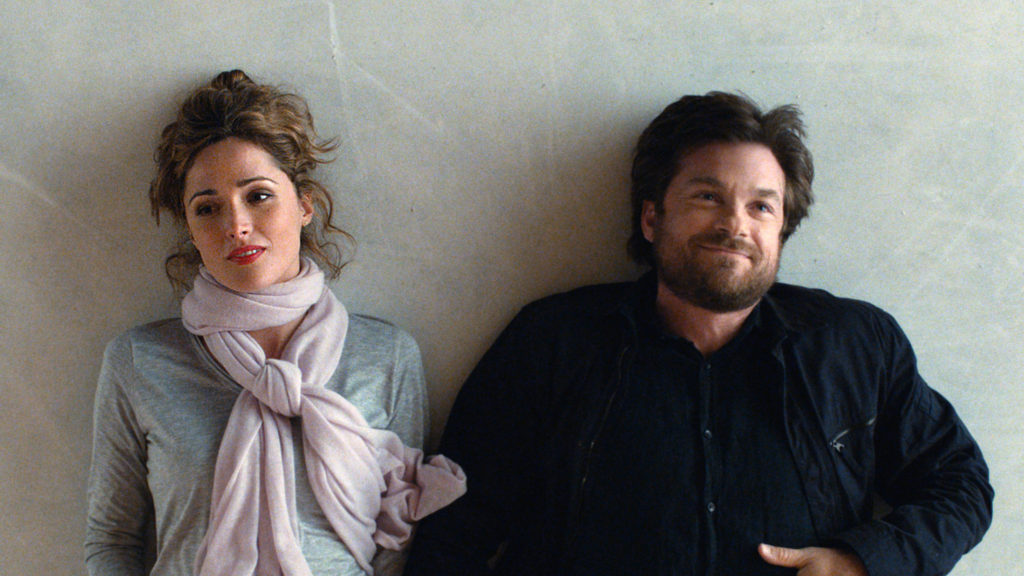 The screenplay was written by Jonathon Tropper, based on his novel, and there’s very little subtlety to it. The “wacky” public spectacles that the Altman’s create – Phillip disrupting his own father’s funeral, a disastrous ending to a Temple service, a painfully overlong bit involving a baby monitor – seem completely implausible. Director Shawn Levy (Date Night, Night at the Museum) is also not known for his soft touch. Some “twists” are visible from a mile away; some jokes seem best suited for the Borscht Belt, circa 1965.

But then there’s that wonderful cast. Even with mediocre material they are often a pleasure to watch. The exceptions are Tina Fey, who is given almost nothing to work with, and Hahn, whose character is cheapened and humiliated for yet another sexual subplot. Nevertheless, Bateman, Stoll and Driver are wonderful together. They may not look like brothers (and they definitely do not look like brothers), but the dynamic between them has just the right brotherly blend of aggression, humor and loyalty. Finally, Fonda reigns over her screen family with supreme confidence.  She is in full movie star form, but it works in this role, as a woman who is accustomed to being the center of attention in every crowd.

This is Where I Leave You is not a particularly good movie, nor is it a profound examination of family love and loss. It is, at heart, another bawdy comedy – predictably outrageous even as it pretends to be taking chances. But it’s cast is so watchable that they almost make up for those deficits. Almost. A cast this good deserves better.